The 10 Best Things To Do In London This Christmas

A stroll among the 100 wooden chalets at Hyde Park’s Christmas Market is sure to get the inspiration rolling.

Why not enjoy one of the incredible attractions in the Winter Wonderland?

From ice skating to Santa Land to shows including Paddington on Ice and the Cirque Berserk, Hyde Park ensures a magical festive time will be had by all.

Hogwarts In The Snow

Christmas at Hogwarts was always a particular highlight brought to life by the Harry Potter movies.

Now fans can experience the magic for themselves at the Warner Bros Studio Tour London – The Making of Harry Potter.

Marvel at the glittering Christmas trees lining the Great Hall, the incredible replica festive feast complete with flaming Christmas puddings laid out on the long tables and feel the enchanting romance of the Yule Ball.

With special-effect fires roaring in the fireplaces and the stunning Hogwarts castle model covered by a blanket of snow, this is a must for the Harry Potter fanatic in your family.

Hogwarts In The Snow runs until 26th January 2020

Skating with dinosaurs? Probably not!

But you can skate in the magical atmosphere of the Natural History Museum’s open-air Ice Rink.

Surrounded by thousands of fairy lights and a shimmering Christmas tree, you can also watch the skaters from the safety of the alpine-style café’s balcony.

It wouldn’t be Christmas without this festive classic.

Lose yourself in the English National Ballet’s mesmerising performance of Nutcracker at the London Coliseum.

Encounter the Mouse King on this magical Christmas Eve adventure and feel the thrill of hot air ballooning across London to the frosty Land of Snow.

Nutcracker has more than 100 dancers and world-class musicians, stunning sets and, of course, Tchaikovsky’s famous score.

One of London’s most famous squares is transformed into a 1920’s magical Christmas market.

Catch unique shows including the multi-award winning La Clique and Lickable: The All Senses Christmas Cabaret to tickle your senses.

Top it off with the NYE Spectacular – described as a heart-pumping spectacle followed by a fist-pumping party. Ring in the New Year in London like no other.

Admission to Leicester Square is free but the shows do require paid-for tickets.

Looking for something that’ll keep the kids occupied?

Then look no further than the delightful Shrek’s Adventure London.

It’s Christmas which means Santa’s Grotto has landed in Shrek’s swamp and that’s not where the festive fun ends.

At Kensington Palace, discover how Queen Victoria spent Christmas as a child.

Trace the evolution of Princess Diana’s style with Her Fashion Story from the romantic outfits of her first public appearances to the glamour of her later life.

Experience life as an 18th century royal courtier as you make your way through magnificent King’s and Queen’s State Apartments.

Christmas At The Royal Albert Hall

It’s a magical time to celebrate Christmas 2019 at one of London’s most famous venues.

There’s a festive cracker of a line-up of solo stars, sing-along carols, traditional concerts and a classic ballet.

From the Royal Albert Hall Christmas Variety Show to A Hollywood Christmas there’s something for everyone.

Christmas At The Royal Albert Hall runs until 6th January 2020

Kids can become Keepers Little Helpers with a hands-on opportunity to prepare festive surprises for the animals and craft their own recycled Christmas tree decorations.

Get up close and personal with donkeys, camels and penguins then indulge in Christmas treats from swiss-style chalets. Yummy!

See the festive lights of London from the relaxed comfort of an all-weather, accessible, sightseeing boat.

There are incredible opportunities to take photos of some of London’s iconic landmarks draped in Christmas cheer.

Get stunning views of Tower Bridge, the Tower of London, the London Eye, the O2 Arena and more.

Bring an extra sparkle to your London experience. 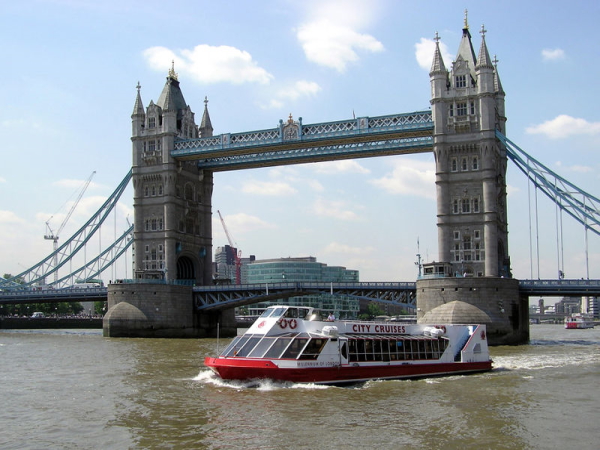