Anaheim , New Attractions
Ready for a Pixar party?
An amazing celebration of all things Pixar is coming to Disneyland…

Back in July at the D23 Expo, Bob Chapek (Chairman of Walt Disney Parks and Resorts) announced that a new and exciting event called Pixar Fest was coming to Disneyland California. As you can probably guess from the name, the spectacular event will be a celebration of all things Pixar, inspired by the iconic music and popular scenes from some of the most famous Disney·Pixar stories of all time.

There’s not too long to wait until you’ll be able to enjoy Pixar Fest for yourself, as Disney have just revealed that it will officially launch on 13th April 2018. The limited-time celebration will feature the debut of a brand new fireworks display as well as the return of two fan favourite parades. There will also be lots of Pixar-inspired décor as well as themed food and drinks, and of course appearances from your favourite Pixar characters. Get ready to snap a few selfies, as you’ll be able to meet them too!

One of the highlights of the event will be 'Together Forever – A Pixar Night-time Spectacular'. The dazzling show will illuminate the park with a striking pyrotechnic display, as memorable music from the Pixar movies echoes through the park. The show has a strong friendship theme, showcasing some of the most famous Pixar relationships. You’ll embark on a heart-warming journey alongside the characters as they set out on challenging adventures and overcome obstacles by working together.

The story will come to life in the form of a stunning projection display that covers the front of the iconic Sleeping Beauty Castle, the water screens of the Rivers of America, the façade of “it’s a small world” and the buildings of Main Street, U.S.A. Keep a look out for Buzz Lightyear flying overhead too! 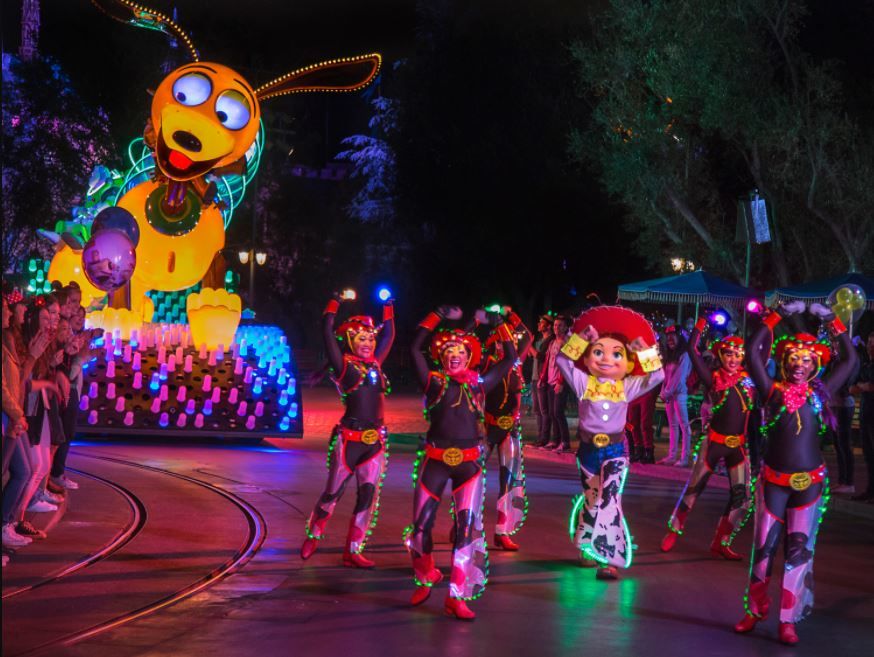 Another exciting part of the celebrations will be the ‘Pixar Play Parade’. This energetic parade will make its way through the Disneyland Park for the very first time, starting with an appearance from the iconic Pixar lamp, which you’ll recognise from the start of most Pixar movies. You’ll be pleased to see characters from UP and Inside Out, joining in the parade too.

That’s not all though, the popular ‘Paint the Night’ parade will return to the Disney California Adventure Park. From 13th April, you’ll be able to see characters from Toy Story, Monsters Inc and Cars sing and dance their way through the park. Later in the year, another famous Pixar story will join the line-up, but for now Disney are remaining tight-lipped on what it will be. Our guess is Finding Nemo.

Want to experience Pixar Fest for yourself? Click here, to view our Disneyland California tickets.