The progression of seasons in Orlando isn’t marked by spring flowers, budding trees, or falling leaves, and while nature’s changes do occur on a subtle level (ok, so the heat ratchets up to a billion in summer and it rains most afternoons, but still….!), it’s really the events around town that alert the locals that they’ve moved from winter into spring, spring into summer, and summer into autumn.

Epcot looks amazing at any time of year, but it bursts into full bloom from March through mid-May when the Flower and Garden Festival is on.  Whimsical topiaries featuring Disney characters fill the park, along with spectacular floral set-pieces, a walk-through butterfly house, special children’s play areas, and dozens of Master Gardeners ready to answer guests’ questions. Want to delve even deeper? Lectures, presentations and seminars (some free, some paid-for) round out the offerings.  Extra entertainment includes the Flower Power concert series at the American Gardens Theatre, with special musical guests performing three times a day. For anyone with green fingers, this is a major treat, and it’s all free with park admission. 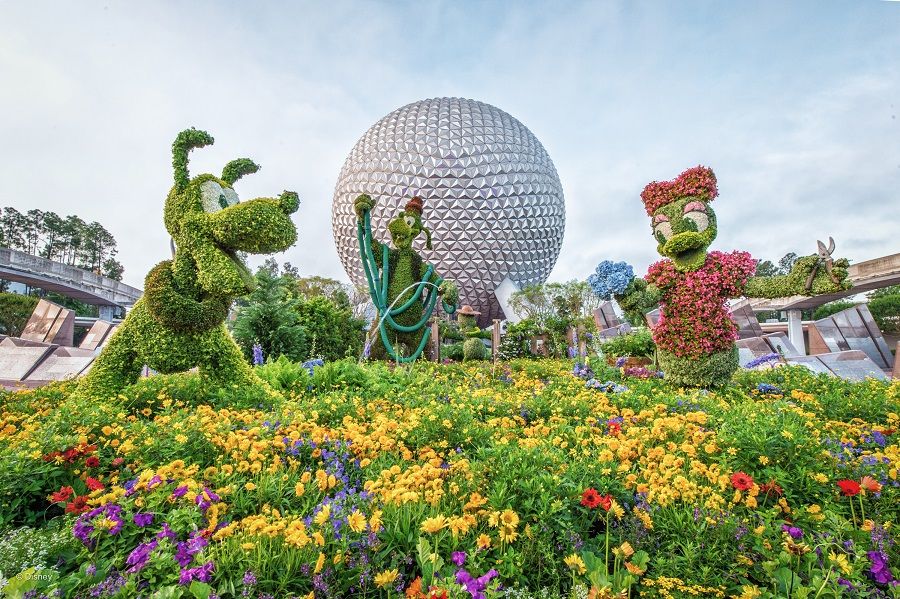 Party for Planet is Animal Kingdom’s celebration of the international Earth Day around the world that highlights eco-awareness and environmental issues. Extra nature activities, face painters and caricature artists provide the fun at Rafiki’s Planet Watch while there are also Cast Members throughout the park ready to celebrate the park’s own conservation and wildlife projects and there is special Earth Day merchandise on sale. It’s one of the most popular times of year to visit Orlando (along with summer and Christmas/New Year), but don’t worry about missing the Easter Bunny while you’re away from home. You can meet him and his Missus in Town Square at Magic Kingdom during the days surrounding Easter, and he and his ‘springtime friends’ hop by for a pre-parade promenade on Easter day and the day before. Epcot also celebrates with an Egg-Stravaganza character ‘egg’ hunt. Purchase a map and stickers, and when you find all of the ‘eggs’ hidden around World Showcase, there will be a special surprise waiting for you at Disney Traders. 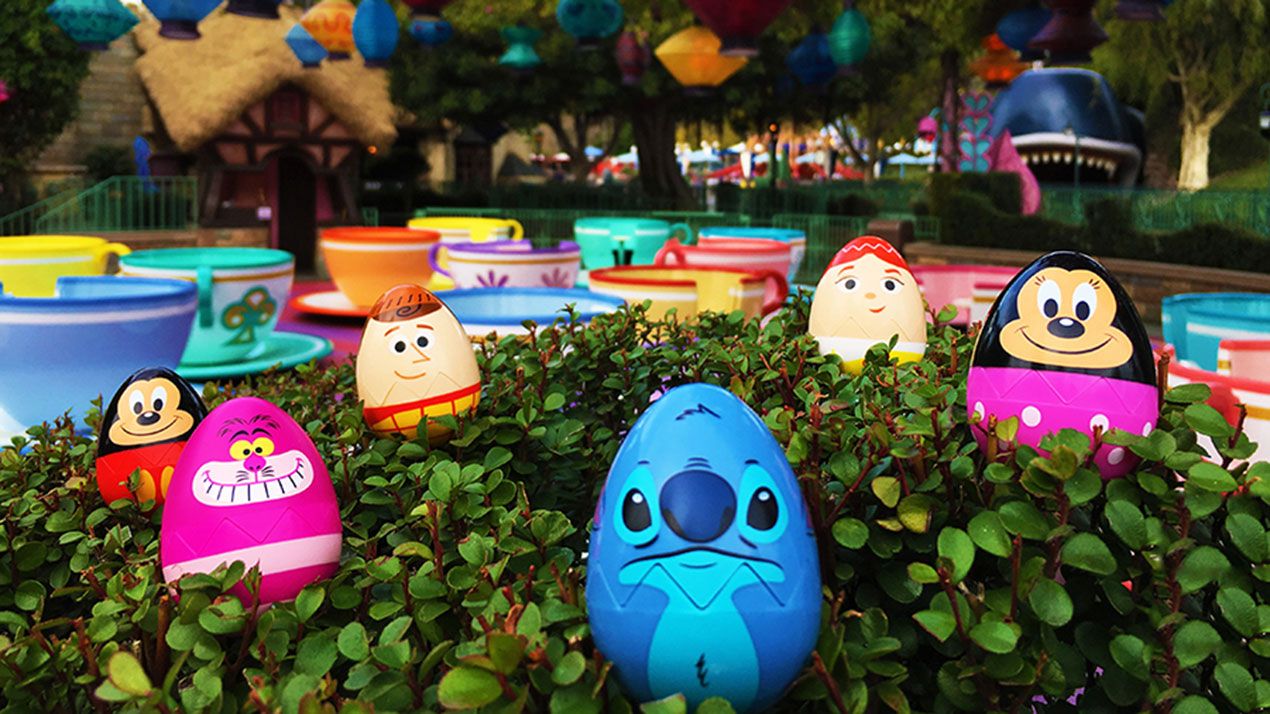 The annual Star Wars Weekends event at Disney’s Hollywood Studios (May-June)  isn’t just popular with visitors to Orlando, it’s a major draw for locals, too, and there’s nothing quite like seeing hundreds of them dressed up as their favourite Star Wars characters. But the real starring roles go to the vast number of characters from the films, posing for pictures and adding a genuine sense that you’ve stepped through the movie screen and into another world. Stars from the films are on hand to sign autographs and give fascinating lectures, while specially themed food and drinks are available, and you’ll find a warehouse of merchandise in Darth’s Maul. Ages 12 and under will probably want to try the Jedi Training Academy, and the extensive Star Wars Parade is simply not to be missed. 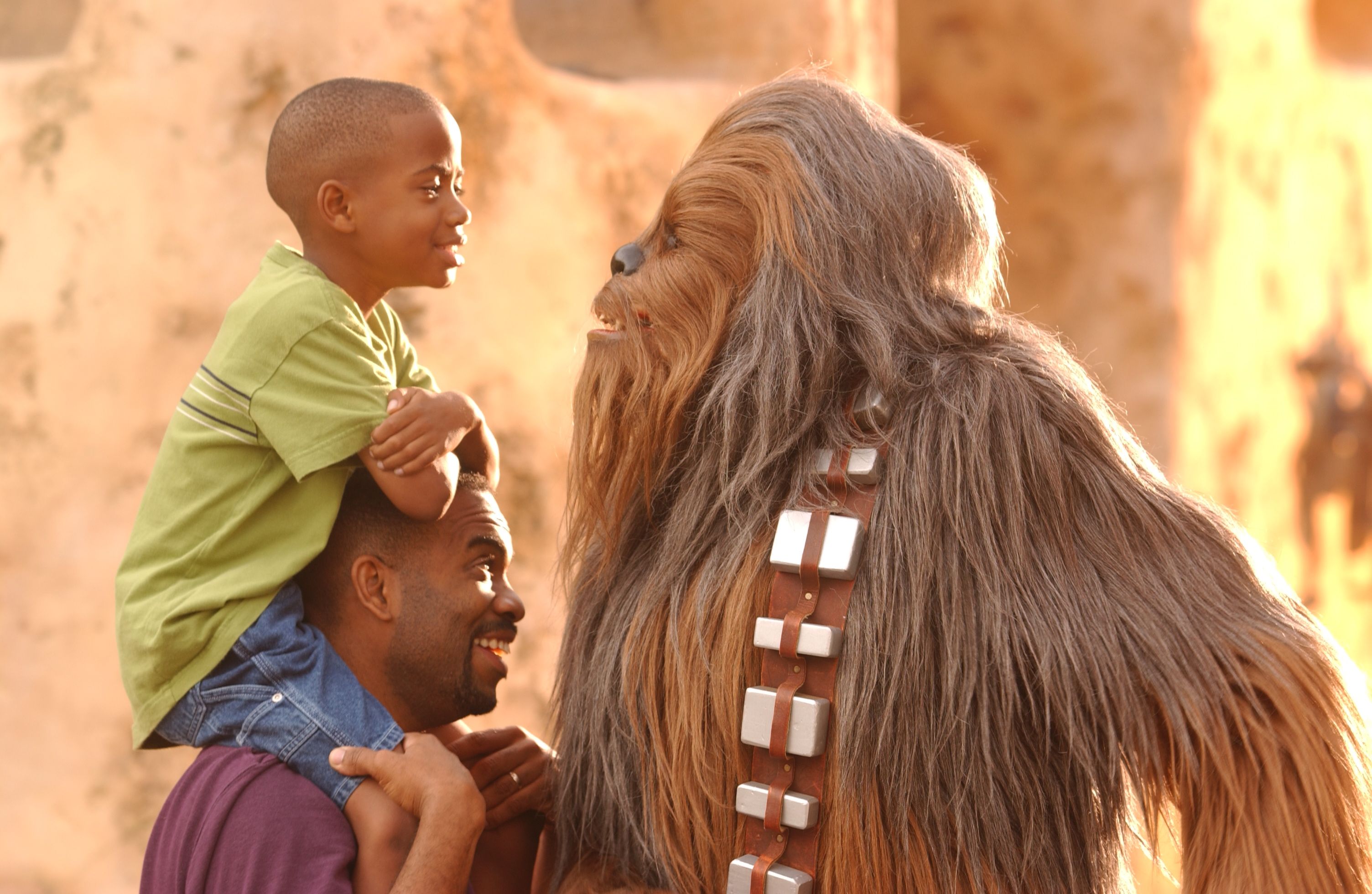 Epcot’s American Gardens Theater plays host to the hottest tribute bands from around the country during this free-with-admission concert series given 3 times daily from early June through the end of July. 1970s and ‘80s mega-bands such as the Eagles, Bon Jovi, Journey, the Bee Gees, and U2 are represented in a high-energy style that is so convincing you’ll feel like you’ve seen the real thing. And it’s not only okay to sing along, it’s encouraged! 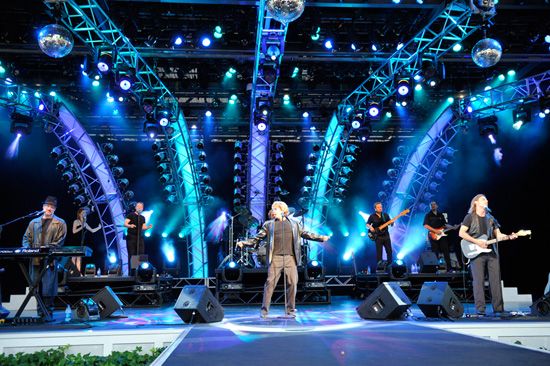 As you would expect, Independence Day is a big deal in the U.S., and the main attraction is the evening fireworks. Magic Kingdom’s “Disney’s Celebrate America—A Fourth of July Concert in the Sky” is by far the most elaborate, and the crowds that pour into the park for the preview showing on 3 July and the premier showing on 4 July reflect the display’s immense popularity (arrive several hours in advance or risk not getting in). A slightly more sedate experience can be had at Epcot, with an additional Heartbeat of Freedom fireworks tribute at the end of the nightly IllumiNations: Reflections of Earth show. Hollywood Studios gets in on the celebration, too, with an evening Rockin’ Fourth of July party with a DJ, and a night-time fireworks display set to rock music. Epcot also features patriotic mini-concerts by the Voices of Liberty a capella group, a musical salute by the Fife and Drum Corps, and characters appearing in Americana-inspired costumes. 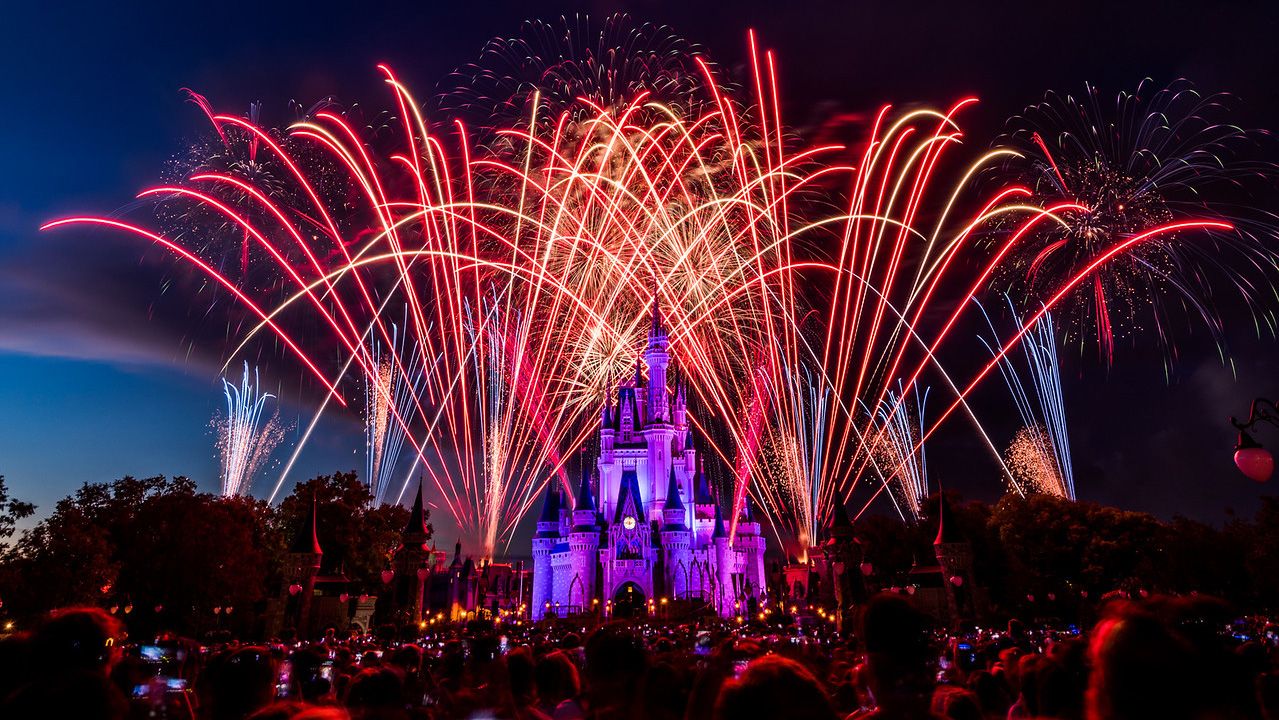 “Throw me some beads, Mister!” No need to go to New Orleans when New Orleans’ most beloved tradition comes to you. On Saturdays and other select nights from February through April, Universal Studios features a fully family-friendly Big Easy style, with a ‘French Quarter’ of food, music and other kiosks in the New York area of the park, culminating in a grand parade (from the Hollywood area through New York) of specially-themed floats that have dozens of riders throwing strings of beads to the audience, followed by a live concert. The latter takes place on the big stage in Production Central and features well-known bands like Kool &The Gang, Robin Thicke and Nelly. 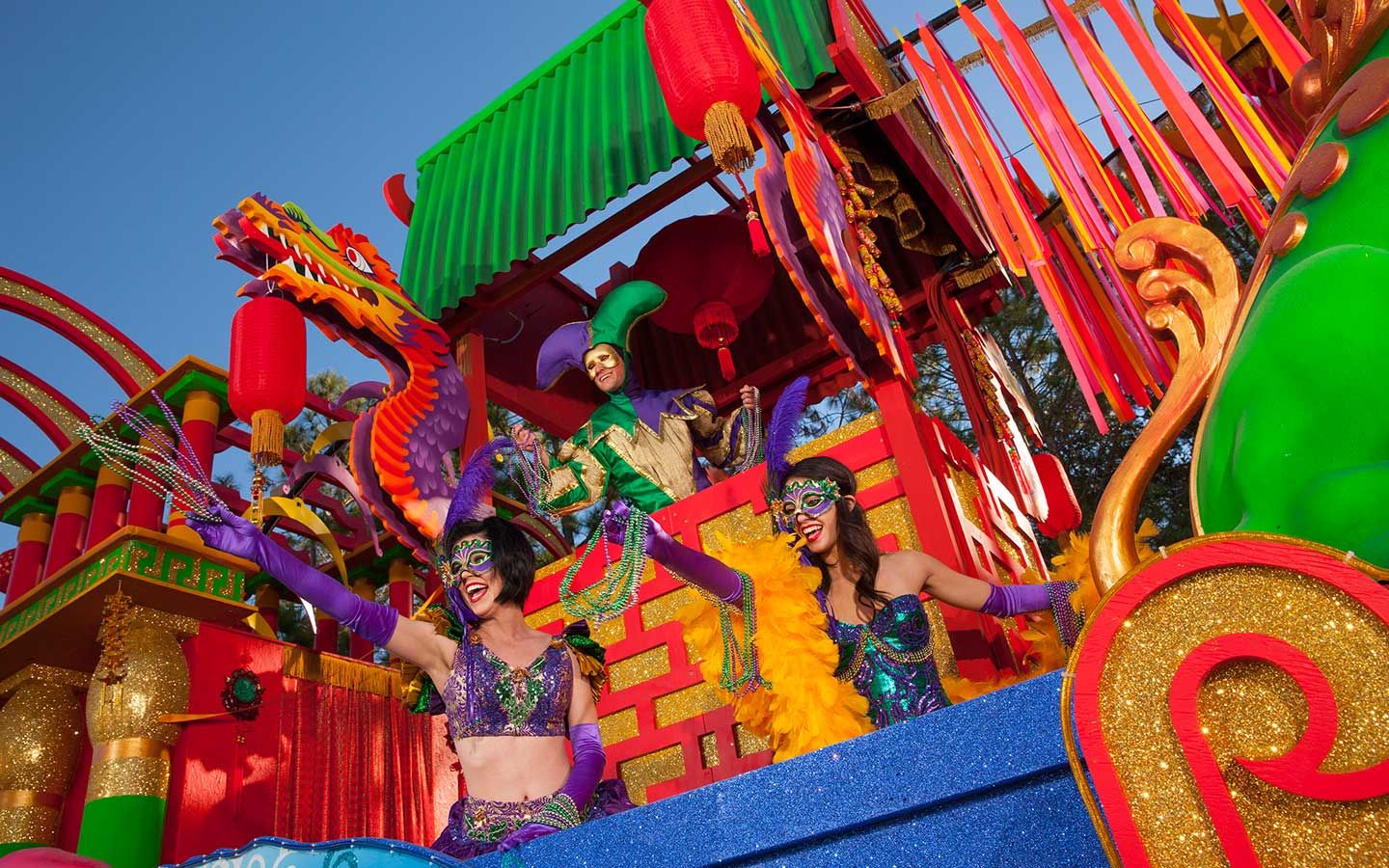 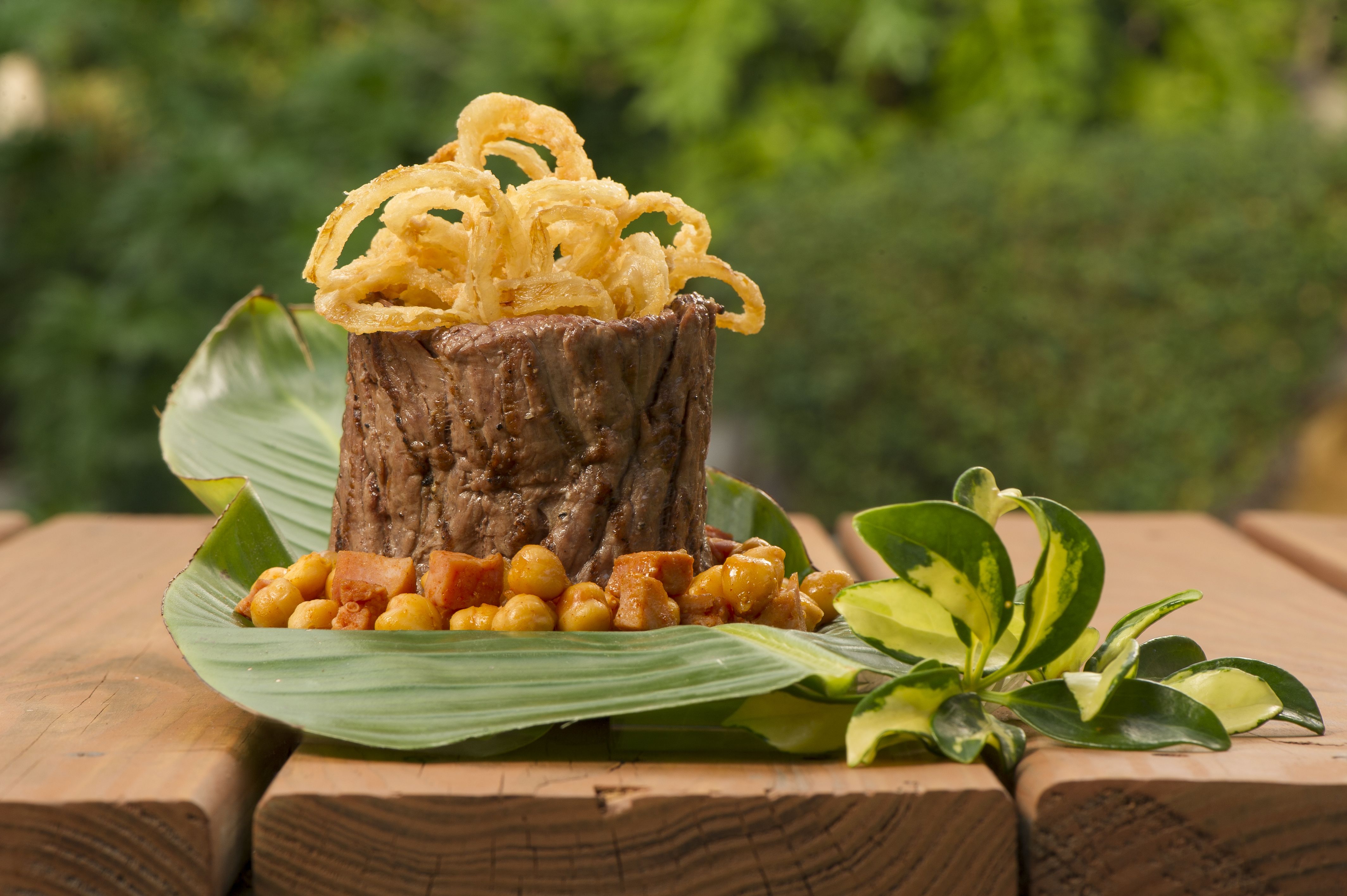 As the sun goes down, the park comes to life in a dazzling display filled with music, dancing and a stunning fireworks finale. Electric Ocean totally transforms the park into a glowing underwater world with a selection of spectacular night-time events. Brush up on your dance moves as you’ll definitely be needing them at Club Sea Glow. Join in the fun and dance the night away at the all-ages club where live performers are dressed as sea creatures and world-class DJs keep the music blasting all night long. End the night with the incredible Ignite firework show. The nightly display lights up the sky with vibrant sea colours and features dancing fountains. 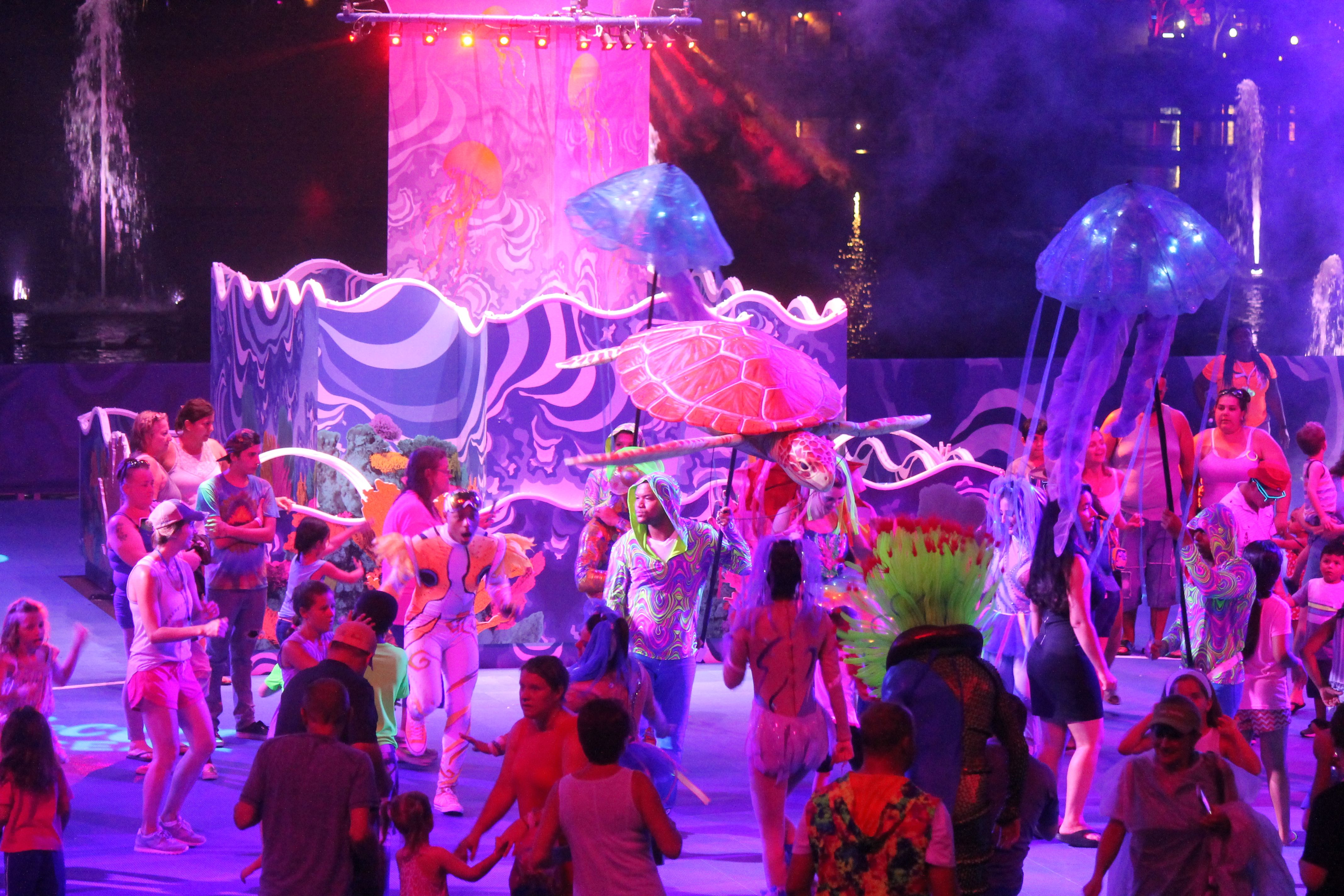 Summer Nights is Busch Gardens’ extended programme of events and fun during the longer summer evenings. It features additional live entertainment, music, party zones and a delicious menu of summer dishes. You'll also be able to ride the park's top attractions like Cheetah Hunt, Falcon's Fury and Cobra's Curse, in the dark!

This amazing special event is all about Star Wars, celebrating the wonders of a galaxy far, far away. This is definitely one that the kids and big kids can enjoy together. Enjoy encounters with LEGO Star Wars characters like Darth Vader, and get involved in exciting Star Wars building activities. 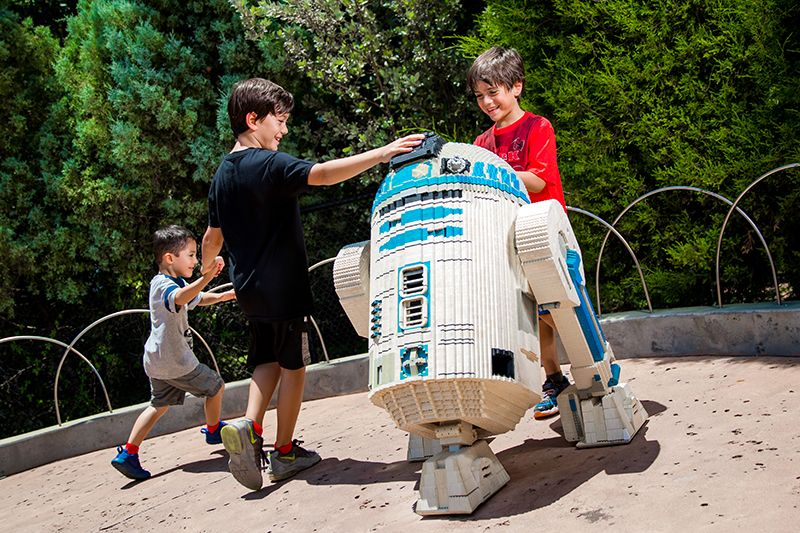