6 new rides coming soon!
There are so many exciting attractions coming to Orlando in 2018. Find out all the details... 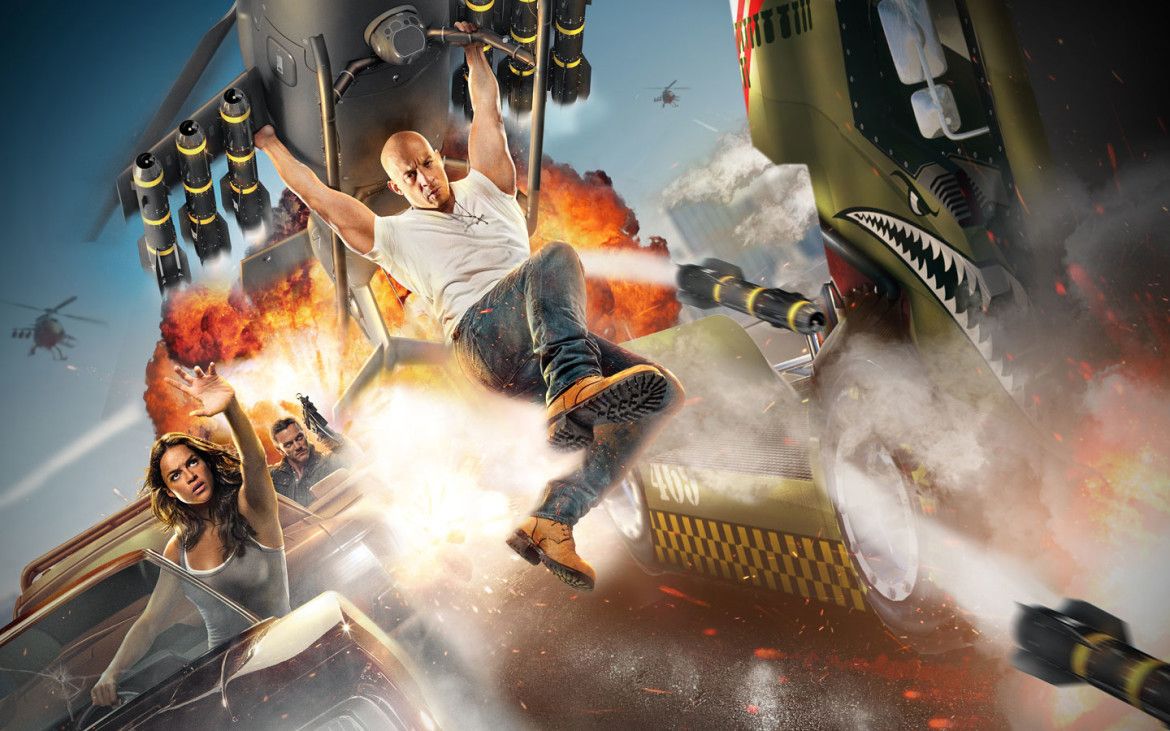 Fans of the Fast & Furious are going to absolutely love this new, action-packed attraction coming to Universal Studios Florida. The exhilarating ride will be based on the Fast & Furious series, but will have a totally original storyline. The Fast & Furious- Supercharged building has become the all-new base of operations, and as soon as you step inside you’ll see familiar scenes like Tej’s high-tech War Room and the Family Room.

The story begins when Dom invites you to attend a race after party. Tej has organised for a customised party bus to take you there, but as you’re on the way, you get an urgent message. Criminal mastermind Owen Shaw has tracked you down and a high-speed chase is about to break out. Don’t worry though, the Fast Family will be there to help you out. You’ll also be able to get up close to 15 authentic cars, including the supercharged models you’ve seen on screen. Look out for Dom’s iconic Dodge Charger, Letty’s Turbo Truck and much more. You’ll even encounter some of the most famous characters like Dom (Vin Diesel), Letty (Michelle Rodriguez), Hobbs (Dwayne Johnson) and Roman (Tyrese Gibson). 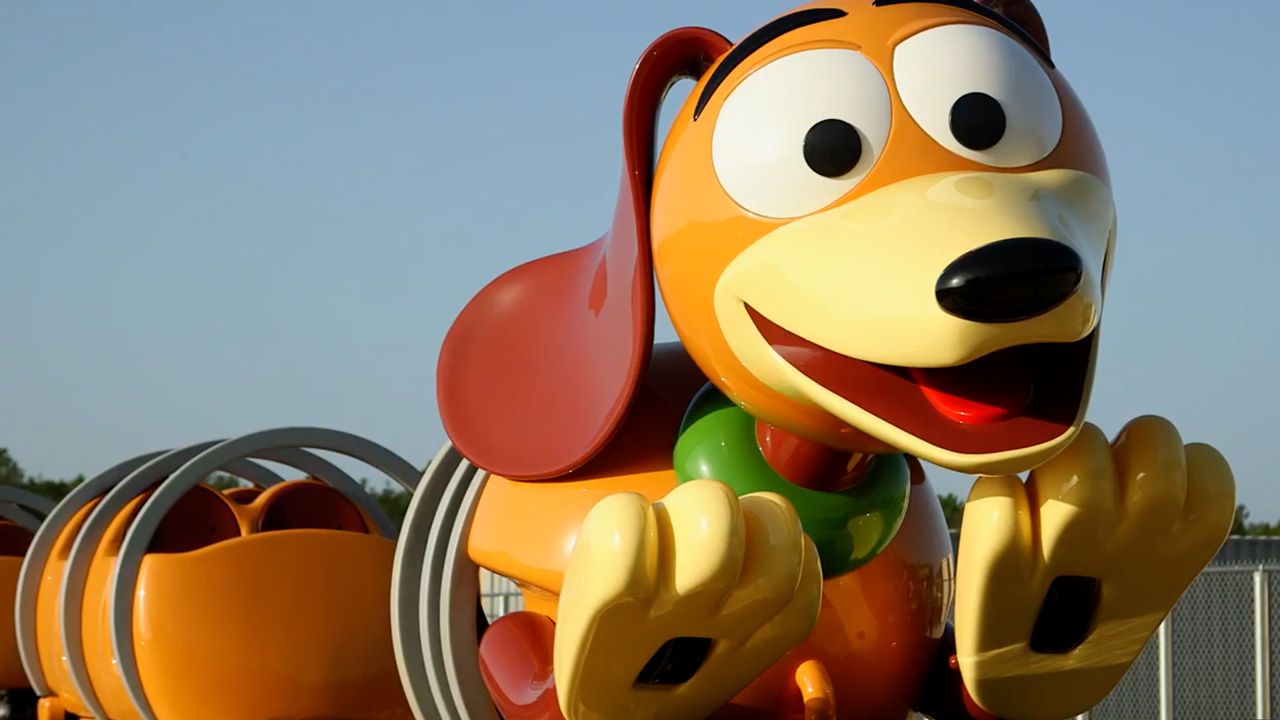 If you didn’t already know, an entire land inspired by Toy Story, is coming to Disney’s Hollywood Studios at Walt Disney World Resort. The 11-acre land will be designed to look like Andy’s backyard, and everything will be supersized, so that you feel the size of one of his toys! Slinky Dog Dash will be one of the main attractions and as you can probably guess, it’s inspired by Slinky Dog. Disney have described the ride as fun, exciting and thrilling, but it’s not scary, making it the perfect coaster choice for those visiting with little ones. You’ll be sent “dipping, dodging and dashing around turns and drops that Andy has created to stretch Slinky’s coils to the max”.

The second attraction at Toy Story Land is called Alien Swirling Saucers, and this is designed to look like a toy play set Andy won at the Pizza Planet. If you’re a fan of Toy Story (who isn’t?), you’ll be familiar with the restaurant from the first movie. You’ll zoom through outer space in a toy rocket, passing planets and satellites, while lively “space jazz” music plays through the speakers. You better watch out, as an army of aliens will be flying around all over the place in their toy flying saucers, trying to capture you alongside ‘The Claw’! A new virtual reality roller coaster has been confirmed to open at LEGOLAND Florida and the good news is, there’s not long to wait until you can try it for yourself! The Great LEGO Race will open in spring 2018, bringing a unique combination of roller coaster thrills and virtual reality technology to the park. As you might’ve guessed from the name, this ride is all about racing. You’ll be up against LEGO Minifigure characters in an action-packed race through a world where everything is made from LEGO bricks. Your high-tech virtual reality headset will bring this wild and wacky world to life before your eyes. Look out for characters riding quirky brick-built contraptions, like a rocket-powered surfboard and a stylish scooter fuelled by espresso!

A visit to one of Orlando’s water parks is a great way to cool down from the Floridian heat. Thrill seekers will want to put Aquatica high on their list, as this is the place where you’ll find some seriously scary water slides. Next spring, the park will unveil a brand new attraction called Ray Rush. The family-friendly raft ride will combine 3 unique slide elements that have never been seen before at Aquatica! 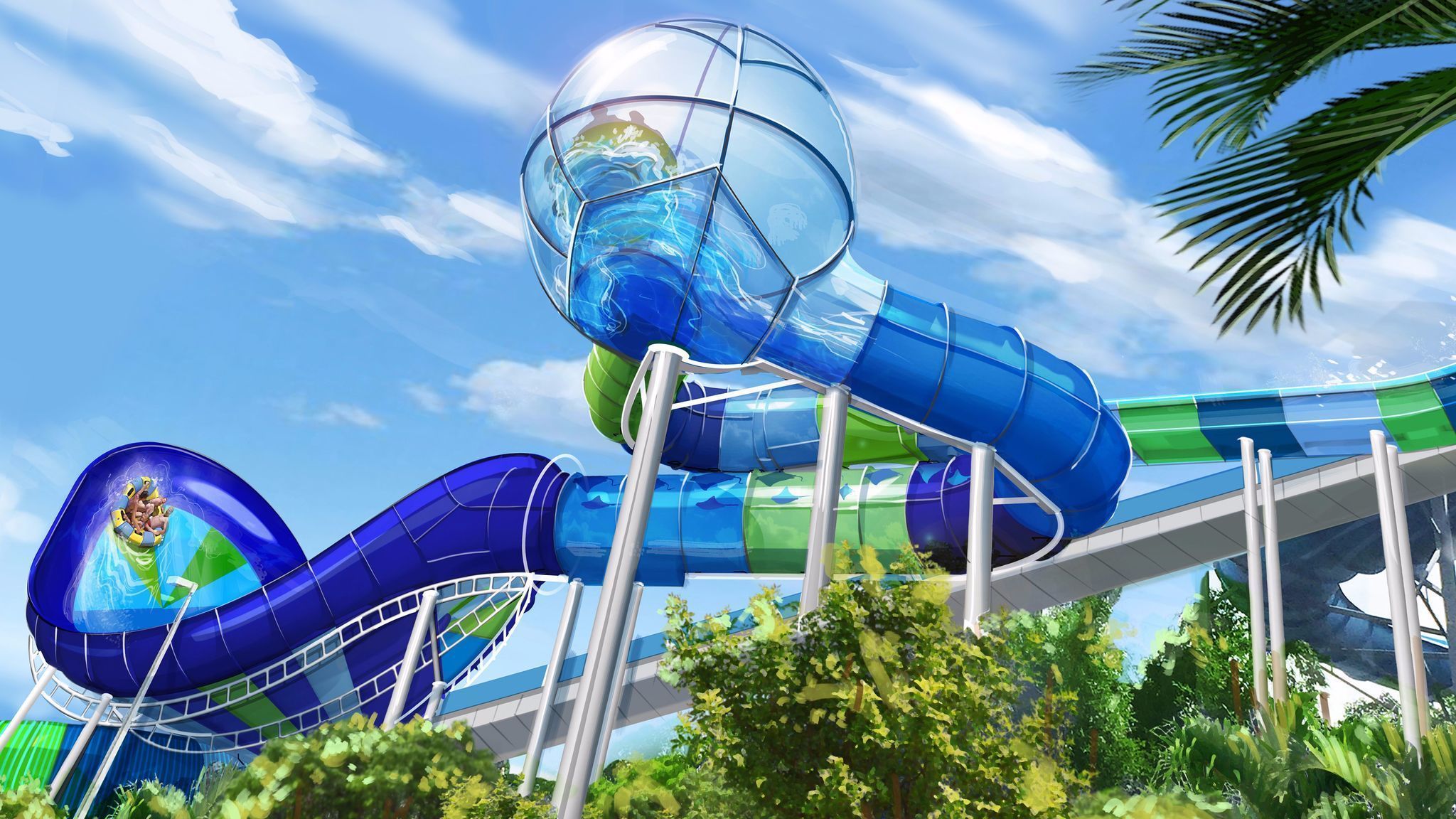 Standing at nearly 60-feet tall, Ray Rush is guaranteed to whisk you away on an exhilarating adventure. First, you’ll be launched forwards at a rate of 33-feet per second, into the first of several enclosed tube sections. Next, you’ll swirl into a huge translucent sphere which spins your raft around the walls before entering another tube section. Prepare for a surprise drop as you fall into an open-air halfpipe shaped like a manta ray! You’ll race backwards and forwards on the wings of the manta before entering a final tube section and landing with a huge splash.

The world’s tallest river rapid drop ride is coming to SeaWorld Orlando! The new world-class attraction will open next summer, giving adventure-seeking guests something new to get excited about. Designers took inspiration for Infinity Falls from the rainforests of South America, and this will become apparent when you twist and turn through a lush jungle environment. Prepare to face class IV rapids along the way, before a unique vertical elevator lifts your raft for a dramatic launch into the river 40-feet below! Are you brave enough to take the plunge? An exciting new show is coming to Universal Studios Florida and it sounds incredible! As you can probably tell from the name, this will be a celebration of the movies, with Universal revealing that the show is inspired by “popular Universal Orlando experiences and blockbuster films”. The performance will take place on the lagoon and will feature iconic scenes from movies like Jurassic World, Harry Potter, The Fast & Furious and Despicable Me.

Universal will use state-of-the-art projection mapping technology to portray classic moments onto a panoramic water screen. There will be music, pyrotechnics and more than 120 dancing water fountains! This is definitely not one to miss.