LEGOLAND Florida have just announced plans to open an incredible new ride called The Great LEGO Race. The good news is, you won’t have to wait too long before you can try it out for yourself, as the ride will be unveiled in spring 2018. Young adventurers will be invited to “take a ride on the wildest LEGO race ever imagined”, with state-of-the-art virtual reality technology bringing the world of LEGO to life before your eyes. 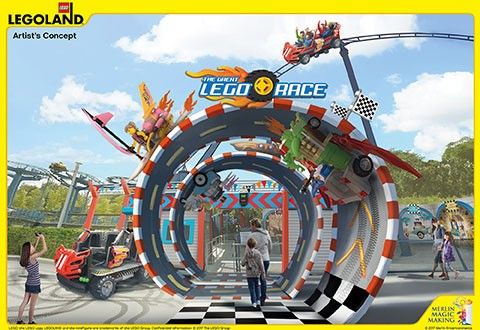 The Merlin Magic Making team will totally transform the park’s existing Project X roller coaster into an all-new, immersive experience that puts kids in the driver’s seat. The high-speed attraction will let you race against some familiar faces from the world of LEGO. As you speed around the track look out for the likes of Trendsetter, Pharaoh, Surfer Girl, Wizard and Pirate Captain zooming past on unique brick-built contraptions like a rocket-powered surfboard and a scooter fuelled by espresso! 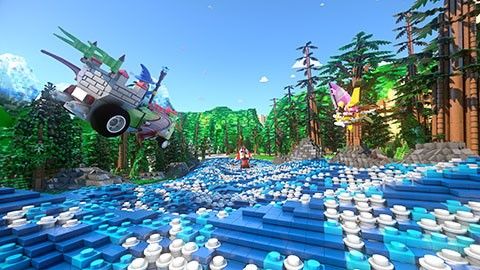 The adventure will start as soon as you visit the ride’s entry portal. The sound of roaring engines echoes through the park as you approach, signalling that the race is about to begin. There will be lots of interactive elements to keep the kids entertained while you prepare for the competition ahead.

Candy Holland (Senior Creative Director for Merlin Magic Making) explained that The Great LEGO Race has been inspired by the way that kids play with LEGO toys at home.  She described the attraction as "a unique LEGO adventure that lets kids enter an epic imaginary world made entirely from LEGO bricks, featuring a host of different themes and fun LEGO characters, all mixed up together."

As soon as you put on your VR headsets, you’ll be able to experience the action from all angles. As your adrenaline levels soar, see if you’ve got what it takes to be crowned champion.

Want to be one of the first to try this amazing new attraction? Click here, to get your LEGOLAND Florida tickets.