Prepare for a scare!
Halloween Horror Nights 2017 starts next month and Universal have just made the biggest announcement yet…

Yesterday, Universal made a HUGE Halloween Horror Nights announcement. They revealed not one, but SIX scare zones for this year’s event, and they all sound equally terrifying! Not sure what a scare zone is? It’s an area of the park where characters from some of the scariest horror movies of all time, come out to play. We think these are one of the most frightening areas of the park as there’s no way of escaping the deadly monsters that are out of revenge! Halloween Horror Nights runs from 15th September to the 4th November, so make sure you book your tickets in advance as the event is extremely popular. Here’s everything you need to know about the six new scare zones… 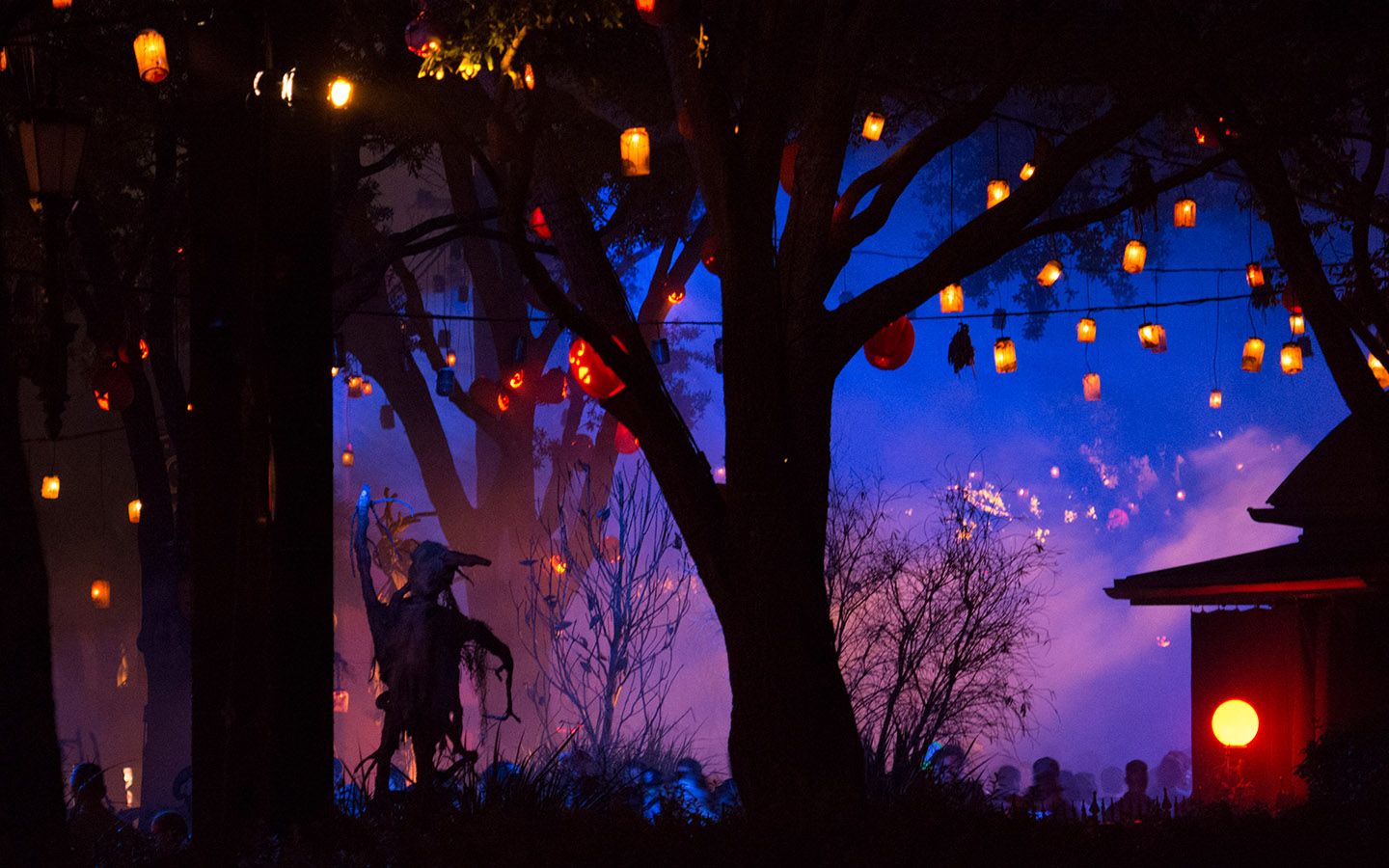 Think you know all the Halloween rules? Well you better brush up before it’s too late! This scare zone is based on the 2007 horror movie Trick ‘r Treat, and while you might think trick or treating is one of the best things about Halloween, you’ll soon realise it’s got a very different meaning at this event. The Central Park scare zone will give you the opportunity to come face to face with notorious characters from the movie, including the terrifying Sam, who’s there to make sure you’re all following the rules. If you’re not, prepare for some serious consequences!

Halloween Horror Nights fans will know that the Purge has featured at the event before, and this year it’s back! Universal have explained that their aim was to create a scare zone that showed exactly how the events of a Purge night would play out, and if you’re brave enough to venture down the park’s New York streets, you’ll get the chance to find out for yourself.

The disturbing auction will also be making a return, as well a guest appearance from a “very polite gentleman”. Make sure you watch out for the wood chipper-wielding cleanup crew too- they’re anything but friendly.

This scare zone is set in San Francisco, way back in time. The docks became the victim of a violent invasion, when visitors crashed a vessel and started causing mayhem on the streets of the city. The invaders aren’t just here on a mission to destroy San Francisco, but also to find out everything then can about humans. They’ll do whatever it takes to find out more, and with crazed alien scientists on the lookout for people to carry out their experiments on, you better watch out.

Get ready for a very unfriendly welcome, as this scare zone is located right near the front of the park. The Show Director of Scare Zones at Universal- Blake Braswell, explained why Altars of Horror is so exciting, “this zone is very exciting because we’re bringing something to the streets for our horror fans that we have never done before”. The area will see a range of characters from this year’s haunted houses come together to cause even more mayhem! Universal haven’t announced which characters will feature in this scare zone yet, but with American Horror Story, The Shining and Ash vs Evil Dead haunted houses already confirmed for the event, we can guarantee there’s going to be plenty of familiar faces that we’re sure you’d rather not see! Halloween Horror Nights wouldn’t be complete without an army of horrifying creatures roaming the streets of the park, so of course they’re back for this year’s Halloween celebration. Hear the roar of the chainsaw starting up as a grotesque gang of clowns appear. Angry with how pop culture has made clowns seem scary, they’ve risen from the grave determined to get revenge. We’re sure their evil antics will only worsen their reputation though!

Academy of Villains: Afterlife is another fan favourite that will be returning to put in a “killer performance”. This is a dance troupe with a difference, that definitely fits the Halloween theme. The performance will be a one-of-a-kind interpretation of what happens when we leave this life. Universal have said that the group are going to “give you one mind-blowing and shocking dance performance that will escort you from this world to the great beyond”.

Think you could take on the “mutants, monsters and maniacs” at Universal’s Halloween Horror Nights?

Don’t miss out on the action! Click here, to book your Halloween Horror Nights tickets now.