Legends of the Force is Coming to Disneyland Paris!

Get ready to feel the force
The incredible Star Wars-themed event ‘Legends of the Force' is returning to Disneyland® Paris this January! Here’s all the exciting details…

Fans of the popular Seasons of the Force event at Disneyland Paris will be thrilled to hear that this year it will be returning with a brand new name and will be bigger and better than ever before! That’s right, this January will see the launch of Legends of the Force at Disneyland® Paris and the action-packed Star Wars spectacular is going to be one you won’t want to miss.

If you’re visiting Disneyland Paris between 12th January-17th March, you’ll be able to experience the epic Legends of the Force. This special event gives you the chance to meet your favourite characters, ride thrilling attractions and become part of the most iconic Star Wars stories. What’s even better is that all of these fantastic experiences are included with your Disneyland Paris tickets. Here’s what you can expect…

If you’ve always dreamed of meeting your Star Wars heroes, this is your chance. At the Walt Disney Studios Park, you’ll be able to meet the lovable Chewbacca and give him a big hug in an all-new character encounter. 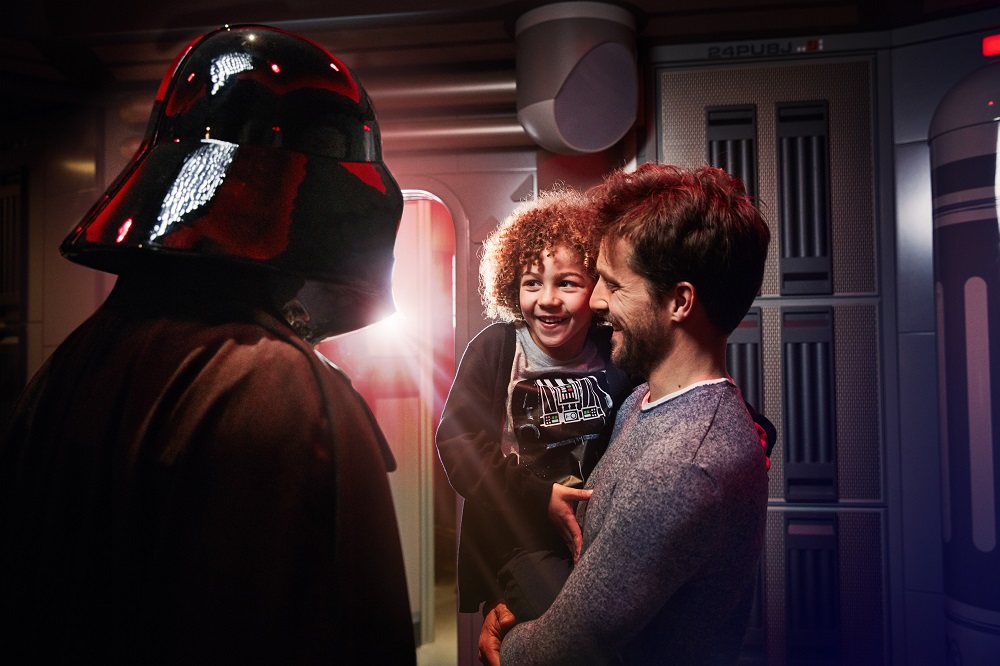 You can also meet Star Wars villain Darth Vader- if you’re feeling brave enough that is! You’ll have to check into Starport (at the Disneyland® Park) if you want to find him but be prepared for a fearful encounter- he is the most dreaded Dark Lord in the galaxy after all.

If you’re exploring the Walt Disney Studios Park, make sure you’re always on guard, because you never know when the Stormtroopers are going to make an appearance and they’re on the lookout for Rebel spies! 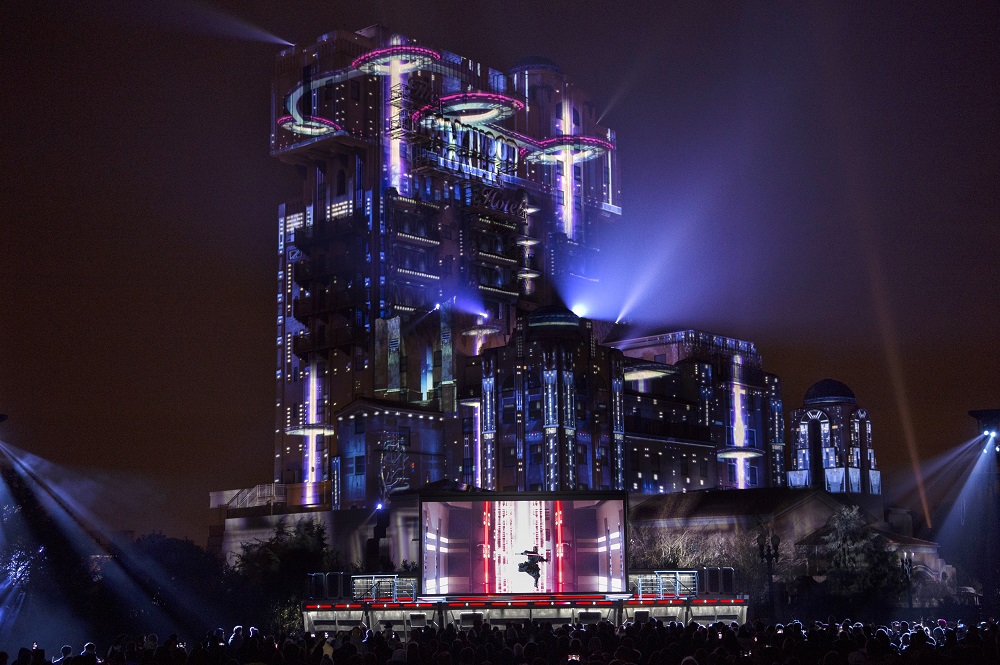 There are two spectacular shows during Legends of the Force and you really must see them both. The 'Star Wars: A Galactic Celebration' night-time show, takes you back in time through Star Wars history letting you relive the saga’s most iconic moments. You’ll also be able to see moments from Star Wars: The Last Jedi come to life before your eyes. Watch in awe as Luke Skywalker destroys the Death Star, Obi-Wan defeats Anakin and much more.

The second show is called 'Star Wars: A Galaxy Far, Far Away'. This is another performance that features lots of familiar faces including BB-8, Rey, Kylo Ren, Darth Maul and for the first time at Disneyland Paris- Boba Fett. You can expect to see classic Star Wars moments as well as stunning new scenes throughout.

A brand new march is being introduced as part of Legends of the Force in 2019, which means you’ll be able to witness two epic Star Wars marches. The new 'Imperial March' showcases a daunting display of Imperial power as Darth Vader leads an army of Stormtroopers on a military march through the park. 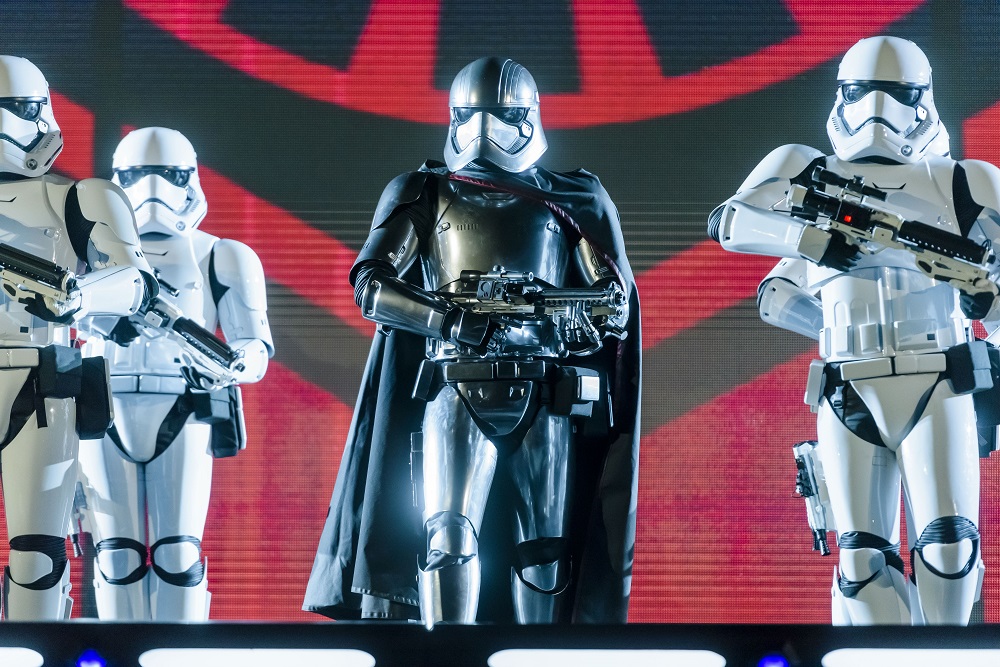 The 'First Order March' is led by the evil Captain Phasma. She’ll be directing her group of Stormtroopers through the streets of the Walt Disney Studios Park and you better stay out of their way because they don’t respond well to strangers. 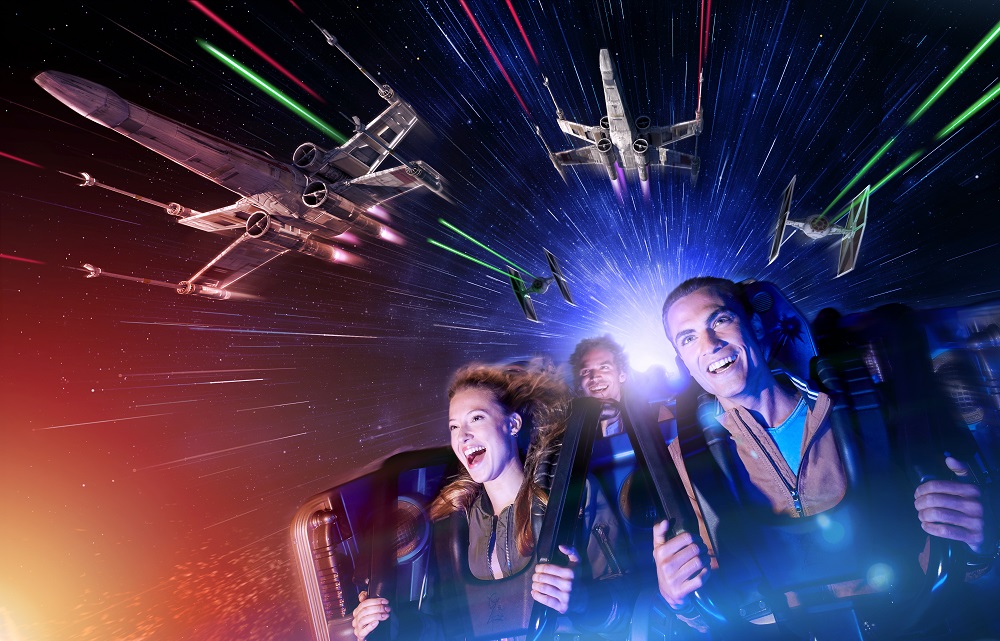 One of the most popular Disney rides has to be Space Mountain and if you’ve tried it before, you’ll know why. This exhilarating coaster has now been made even more incredible thanks to its fantastic Star Wars makeover. Star Wars Hyperspace Mountain sends you racing through space into a galaxy far, far away where you’ll have to take on a swarm of TIE fighters and blow up a menacing Star Destroyer. Don’t leave without trying this amazing ride!

The Disneyland Park is also home to another legendary Star Wars attraction- Star Tours: The Adventures Continue. On this ride, you’ll get the chance to buckle up in a Starspeeder 1000 and embark on a thrilling 3D adventure through the most famous planets from the Star Wars saga. There are more than 60 mission combinations in total, which means you can enjoy a totally unique experience each time you ride.

This is a limited time event, so make sure you don’t miss it. Click here, to get your Disneyland Paris tickets.