Merlin's Magical London Pass , UK
Taylor Swift has permanently become a London Girl!
The singer-songwriter has a place in Madame Tussauds in time for SWIFTmas, and the singer’s 30th birthday.

Swift was recently crowned Artist of the Decade at the American Music Awards, so it only seems right that Madame Tussauds London is making her the star of the show this Christmas.

The attraction has also been decked out in festive decorations, inspired by the pastel-hues in the Swift’s music videos, transforming it into a Taylor Swift wonderland. She will join fellow artists like Beyonce, Ed Sheeran, Adele and Rihanna, as she takes centre stage in this exciting attraction. 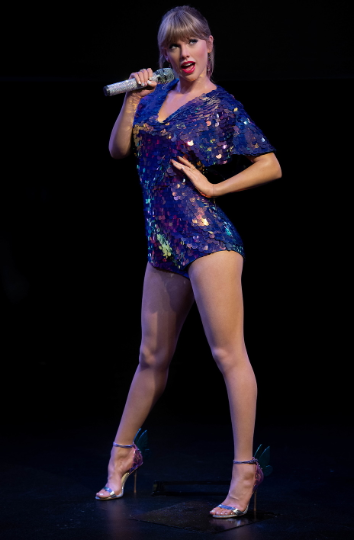 The figure is posed mid performance, allowing fans to experience what it would be like to join their idol on stage. She’s also dressed head to toe in sparkles, wearing her famous iHeartRadio Music Awards 2019 red carpet outfit, with Rosa Bloom sequin playsuit, Sophia Webster butterfly heels, pink dip-dyed hair and sparkly manicure.

Commenting on the installation, Steve Davies, General Manager at Madame Tussauds London said “Fans have been requesting a London figure of Taylor for so long and while we’ve had visiting figures in the past we felt now was the right time to make Taylor an honorary Londoner. We’re at the close of a decade that saw Taylor leave an undeniable mark on the music industry, and she’s about to celebrate turning 30 so we’ve made her the star of our festive season. We’re wishing everyone a very merry Swiftmas.”

Check out our London attraction tickets and make a visit to Madame Tussauds London now!