What’s New for the Orlando Theme Parks in 2014?

Find out what new attractions are headed to Orlando this 2014!
Just when you thought you had covered all the attractions in the theme park capital of the world, a whole New Year kicks in and with it comes a whole host of new attractions... Universal Orlando's Diagon Alley, Busch Gardens' Falcon's Fury and Disney’s Seven Dwarfs Mine Train, to name a few!

We all know that a new year at Orlando’s greatest theme parks means new attractions, new experiences and new reasons for you plan a new holiday to Orlando, Florida, even if you only arrived home just a few weeks ago! SeaWorld Parks and Entertainment’s Busch Gardens and Aquatica boast two new record breaking attractions. Disney World and Universal Orlando Resort are going to great lengths to make sure that they are the park that transports you to a realm beyond your wildest imagination. Are you a Na’vi or a Muggle? With Attraction Tickets Direct Irelands Orlando attraction combo tickets, you can be both.

An exciting new ride for the whole family, The Seven Dwarfs Mine Train comes to Disney World’s Magic Kingdom Park as part of the New Fantasyland expansion. You’ll hop on board this family friendly steel roller coaster and ride the mine cart with Doc, Sleepy, Grumpy, Bashful, Happy and Sneezy. However, it’s not all ‘Hi Ho’ and ‘It’s off to work we go’! There’s some surprises waiting in the mines for you and maybe some unexpected characters too. 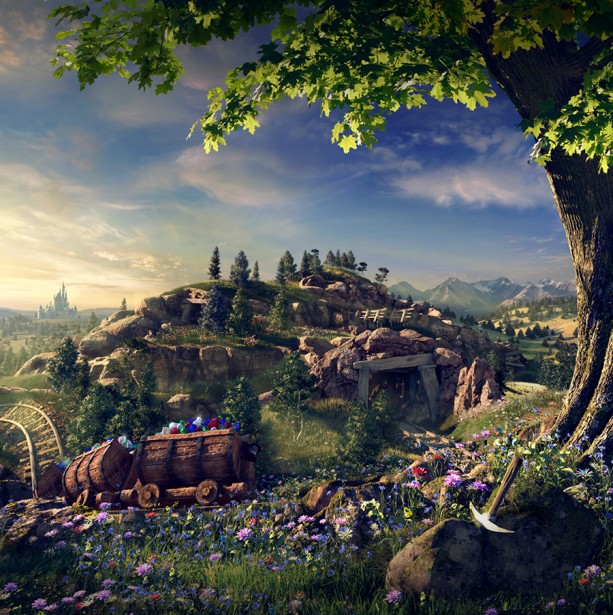 Do you remember this suspicious looking red balloon? It was a height test balloon released by SeaWorld Parks and entertainment over the skies of Aquatica in September 2013. This was SeaWorld’s way of getting the world ready for Ihu’s Breakway Fall, the highest, steepest multi slide drop tower water ride.

SeaWorld group have broken yet another record. Falcon’s Fury is the tallest drop tower ride in the world, dropping you an amazing, heart stopping 300 feet! There is only one park that can allow you to experience the motion of an infuriated Falcon and that’s Busch Gardens! 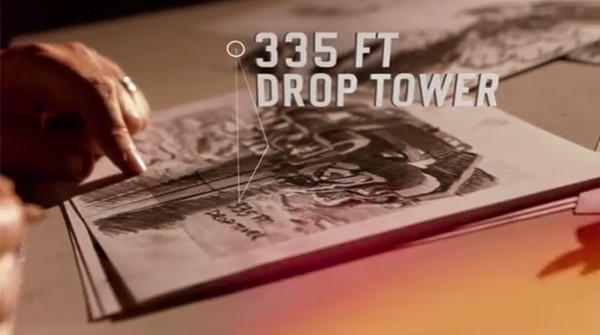 There’s no doubt about it, this expansion is epic. This is the world’s first ever centrally themed, multi-park experience that will expand and develop The Wizarding World of Harry Potter across both Universal Islands of Adventure and Universal Studios Florida. And just like Harry, you’ll be able to travel to and from Hogsmeade (Islands of Adventure) on board the Hogwarts Express from London, Diagon Alley, Kings Cross platform 9 ¾.

Diagon Alley at Universal Studios Florida will be a newly themed area that creatives at Universal Orlando and Warner Bros have collaborated on to bring London to life. Universal’s fully immersive Diagon Alley will feature the shops, a Leaky Couldron restaurant and a Gringotts bank marquee attraction, all inspired directly from the Harry Potter films.

The Hogwarts Express, initially a means to transport guests from Universal Studios Florida, to the adjacent Universal park, Islands of Adventure, has been transformed into an attraction in its very own right.  Passengers will genuinely feel as though they are journeying from London to Hogsmeade and vice versa – just as you felt when you first witnessed Islands of Adventure’s Wizarding World of Harry Potter. Suddenly the line between reality and fantasy seem remarkably blurred. The mysterious land of Pandora is coming to life in Disney Worlds Animal Kingdom, as part of a themed expansion inspired by the larger than life James Cameron blockbuster Avatar. So enchanting is the world that Cameron created in this film that introducing something so magical to Disney World is almost genius! Bringing a new night time spectacular to Animal Kingdom and amazing features inspired by characteristics of Pandora, such as a bioluminescent jungle cruise, floating mountains  and a banshee simulator attraction there’s no doubt this $500 million attraction will be well worth the wait.

Opening Date: Although this attraction isn’t due to open till 2016 - 17, the construction has begun, which means Disney will make sure this isn’t a project we forget about anytime soon.

Keep checking back at Attraction Tickets Direct for official launch dates of these new attractions.