A teaser released on the 24th April by SeaWorld®indicated that it was going to the the "tallest, fastest and longest coaster" in Orlando. Although this got everyone pretty excited, the email was very vague and we were left scratching our heads about where the rollercoaster would go, what it would be called and how it would be modelled.

Yesterday, May 26, we received further information about the speeds the rollercoaster is expected to reach, with this clever tidbit on SeaWorld®'s Instagram and a promise of more to follow today... Today, SeaWorld®announced further details from a press event including the fact that the new rollercoaster is over 200 feet in the air, making it a Hypercoaster with "relentless air time", according to the ride's designers. Hypercoasters are known for their high speeds, steep drops and hills that create a feeling of weightlessness - all the good stuff basically.

Early rumours from journalists at the event slated the above photo as the new design for the rollercoaster...a spectacular swooping monster which covers the length of the park!

We then had it officially confirmed that the new coaster will be named MAKO™, and will be based on the fiercest hunter in the ocean...the Mako shark! It will be positioned in a totally shark-themed area accompanied by a Shark Realm and near the Shark Grill, with plenty of educational experiences near by to raise awareness of these misunderstood yet beautiful creatures. 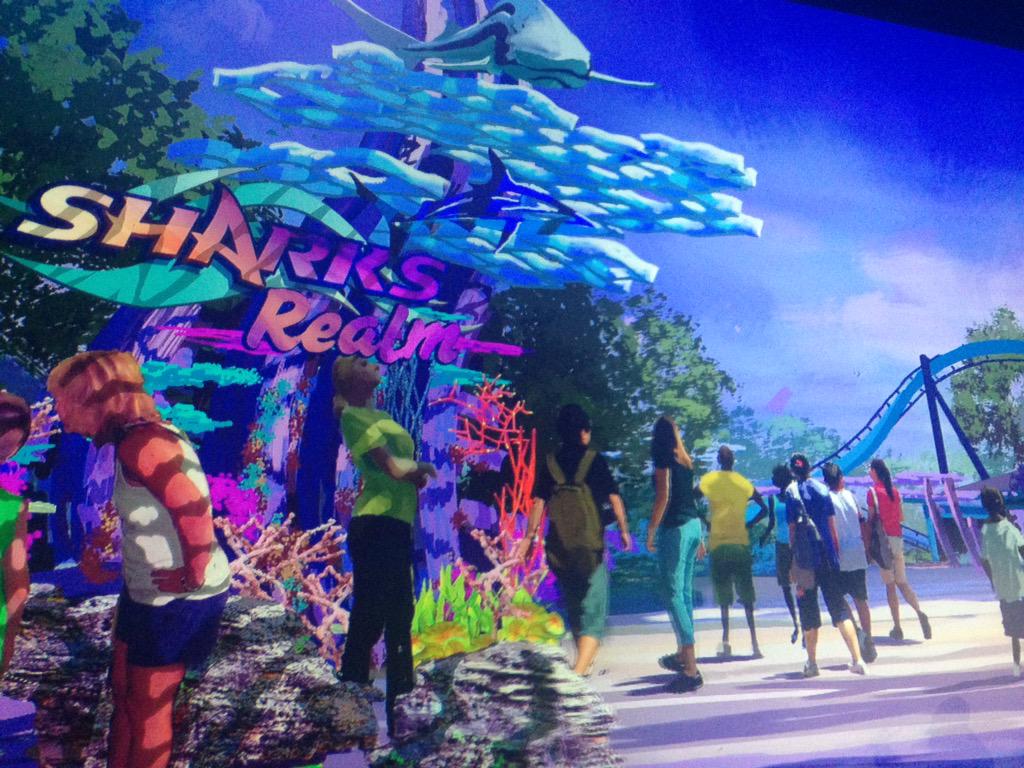 The new MAKO™rollercoaster will take guests all over the park at super speeds of up to 73mph! Are you brave enough to give it a try when it comes to the park in 2016? Get your tickets for next year's thillfest now!