Fun
ATD visit Zambia!
Did you know that a staggering 663-million people around the world don’t have access to clean water? Just A Drop wants to change this and we want to help them…
If you’re not familiar with the charity, it raises money to build wells, install bore holes and ultimately transform lives by providing clean, safe water in some of the poorest parts of the developing world. Here at ATD, we’ve been working with the Just a Drop charity since 2010 and so far, we’ve managed to help over 10,000 children! Each year we like to go back and see how the completed projects are making a difference. Check out the video below to see what we got up to…
Last year we funded an important project at Kalundu Central Community School in Zambia. This involved the refurbishment of a partially collapsed bore hole and the building of separate latrines- one for the girls, one for the boys and one for the teachers, as well as hand washing facilities. The aim of this project was not only to improve sanitation and the health of both students and teachers, but also to increase the amount of time spent in education by preventing illness.
The Kalundu community all pitched in to help with the construction. After moulding a total of 80,000 pan bricks and 80,000 medium bricks, transporting 40 tons of gravel, 90 tons of river sand, 100 tons of building sand and 15 tons of stones to the site, the project was finally complete! 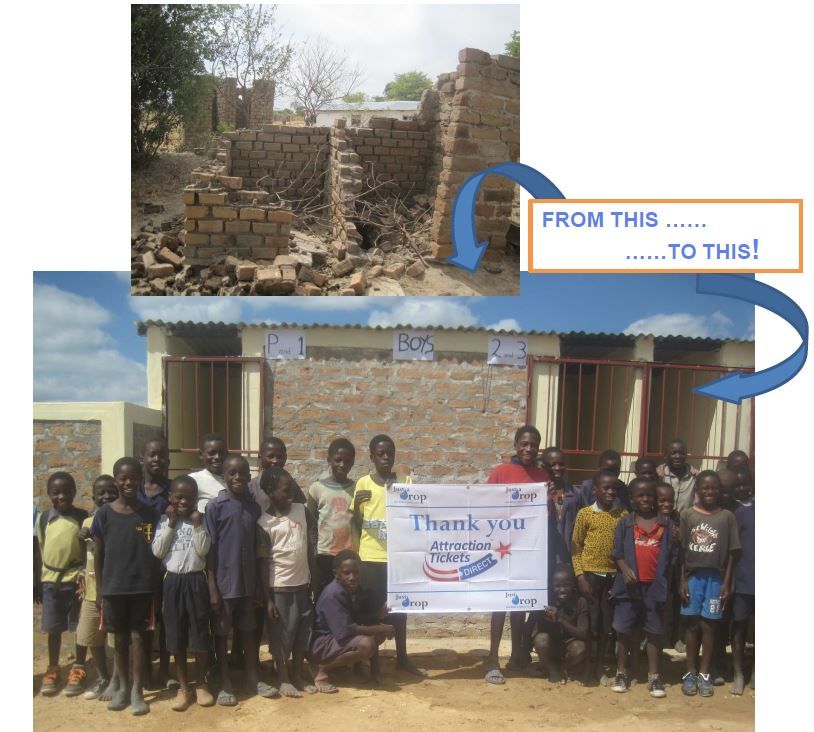 So, in June, we decided to pay the school a visit to see the difference the project had made. Our group of 11 flew out to Zambia and headed straight to the Kalundu Central Community School, where we were greeted with a heart-warming performance from the children. They sang to us and told us all about what they want to be when they grow up- from doctors to teachers and even a few aspiring vets. We soon set to work painting the playground and setting up goalposts that all 214 children could enjoy. The school and local community were so kind welcoming. After we’d finished painting they even helped us pump the well to get the paint off our hands. 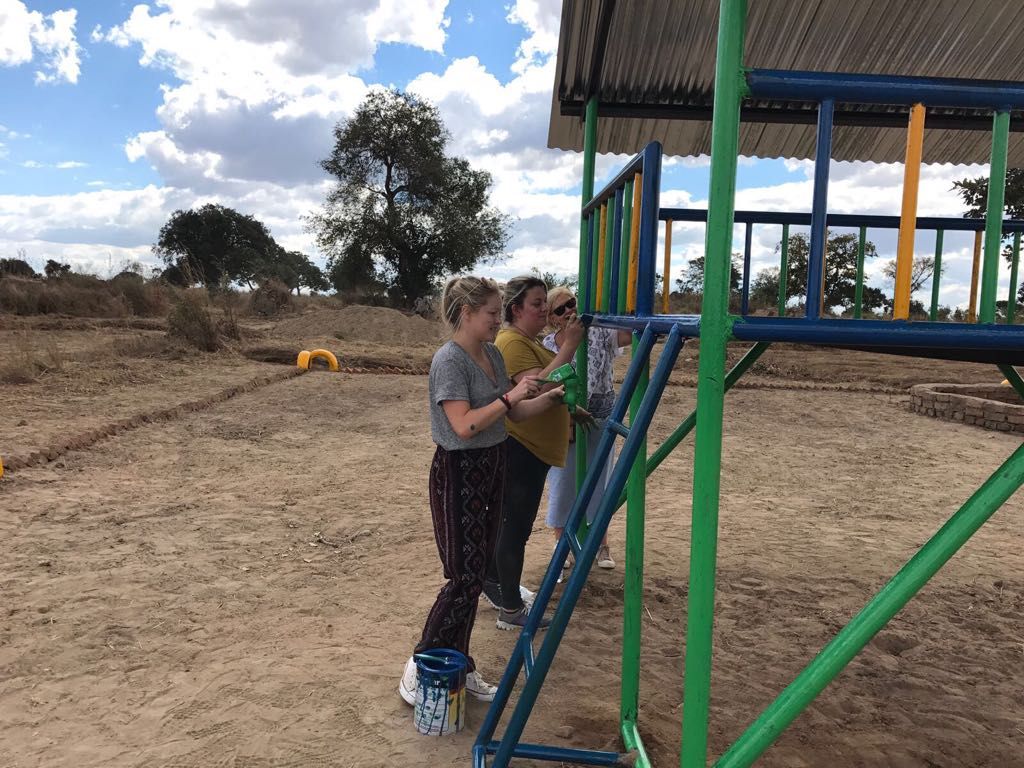 The next stop was Kolanda Basic School, which has a total of 939 students and 14 teachers. Back in 2010, 10 latrines were constructed and as a result, the school has doubled in size! One of the biggest reasons many girls miss school is due to the lack of toilet facilities. We’re hoping that by improving the conditions, we can improve the attendance rate and increase the number of students who complete their education. 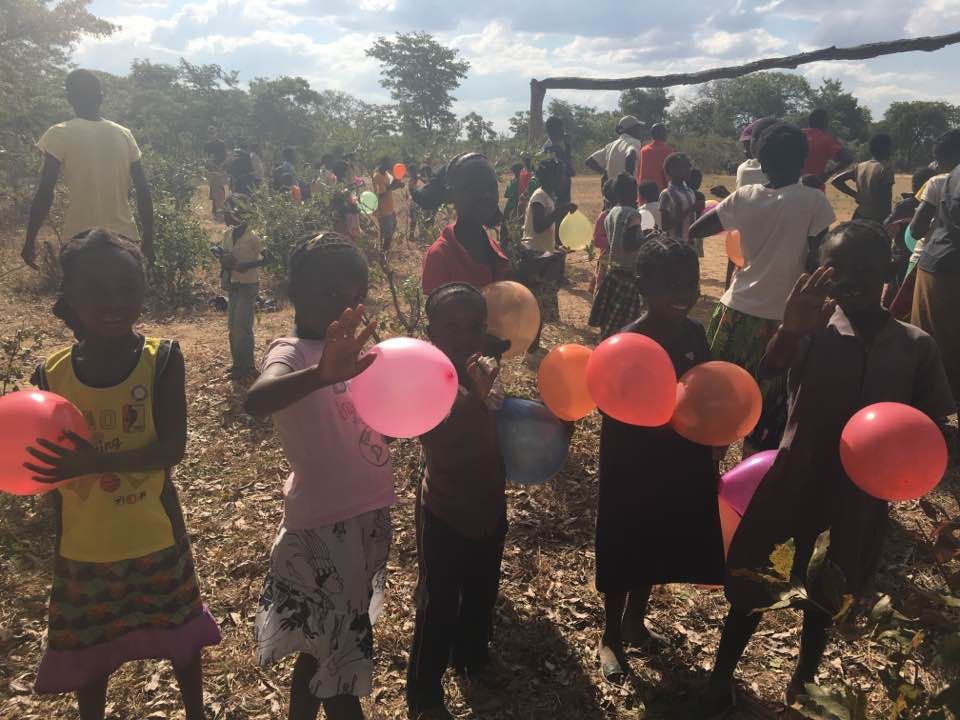 We brought along some colourful balloons with us and the children absolutely loved them! One of the little girls was so excited running over to take a look that she tripped and broke her flip flop. She was really upset but luckily, we were able to put a smile back on her face in the form of a pair of pink, sparkly shoes! We had lots of clothes and shows that were donated by ATD family and friends, so were able to share these out. We also spent some time playing games and taking lots of photos, which the children really enjoyed. They loved taking a selfie or two! 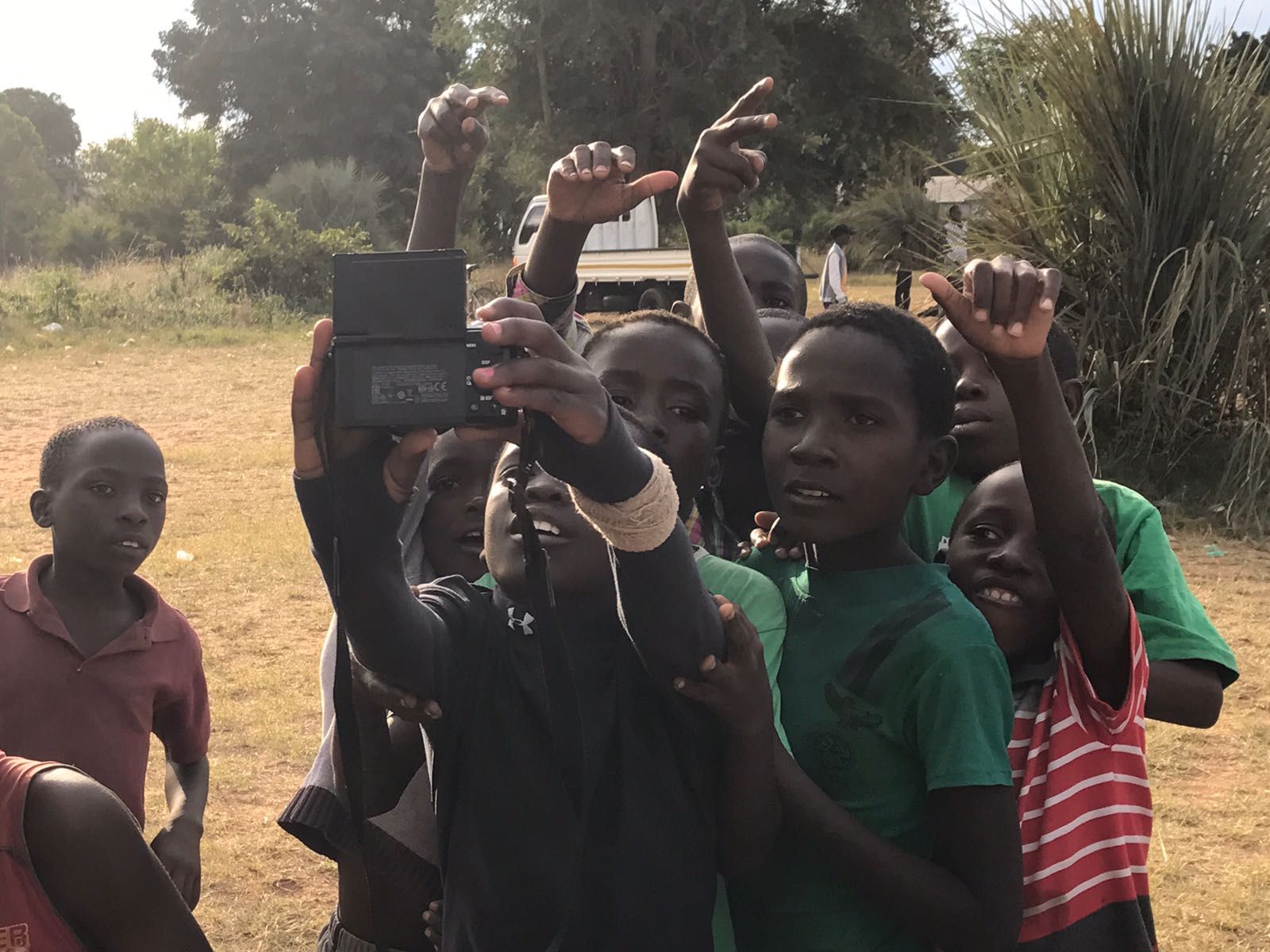 We were all excited for the next part of the trip- the chance to watch some live sport! The Young Boys Football Club were competing in a match against Monze United. The team was founded as a means of helping the talented children in the community achieve their football dreams. By keeping busy with their football, the boys have been removed from being involved in bad vices common in society, such as alcohol abuse and smoking. The atmosphere was amazing, with the younger children coming out to support their older team mates and everyone breaking out into dance each time a goal was scored! 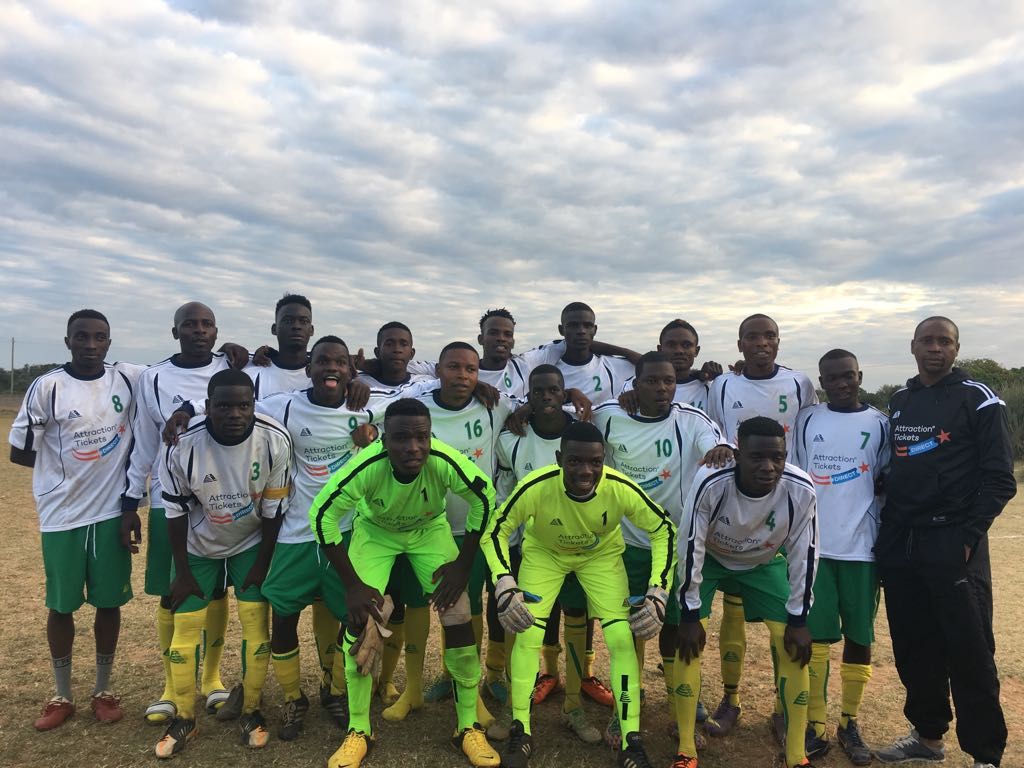 Our final day in Zambia was filled with visits to 3 different schools. We met with a representative of The Butterfly Tree charity before heading off to the Sinsimuku Community School. The school has a total of 215 pupils, compared to just 3 community teachers. In 2015, the charity installed a bore hole, which totally transformed the school. Before this, they had no source of clean water at all.
Before ATD took up sponsorship of the school, it was made up of just 2 unfinished classroom blocks. Since then, we have funded the completion of both blocks, as well as the construction of 2 double VIPs, a teacher’s house and latrine. The addition of the new developments meant that the Ministry of Education would be able to send a trained teacher to the school. This has not only improved the quality of learning, but also the school’s enrolment numbers. 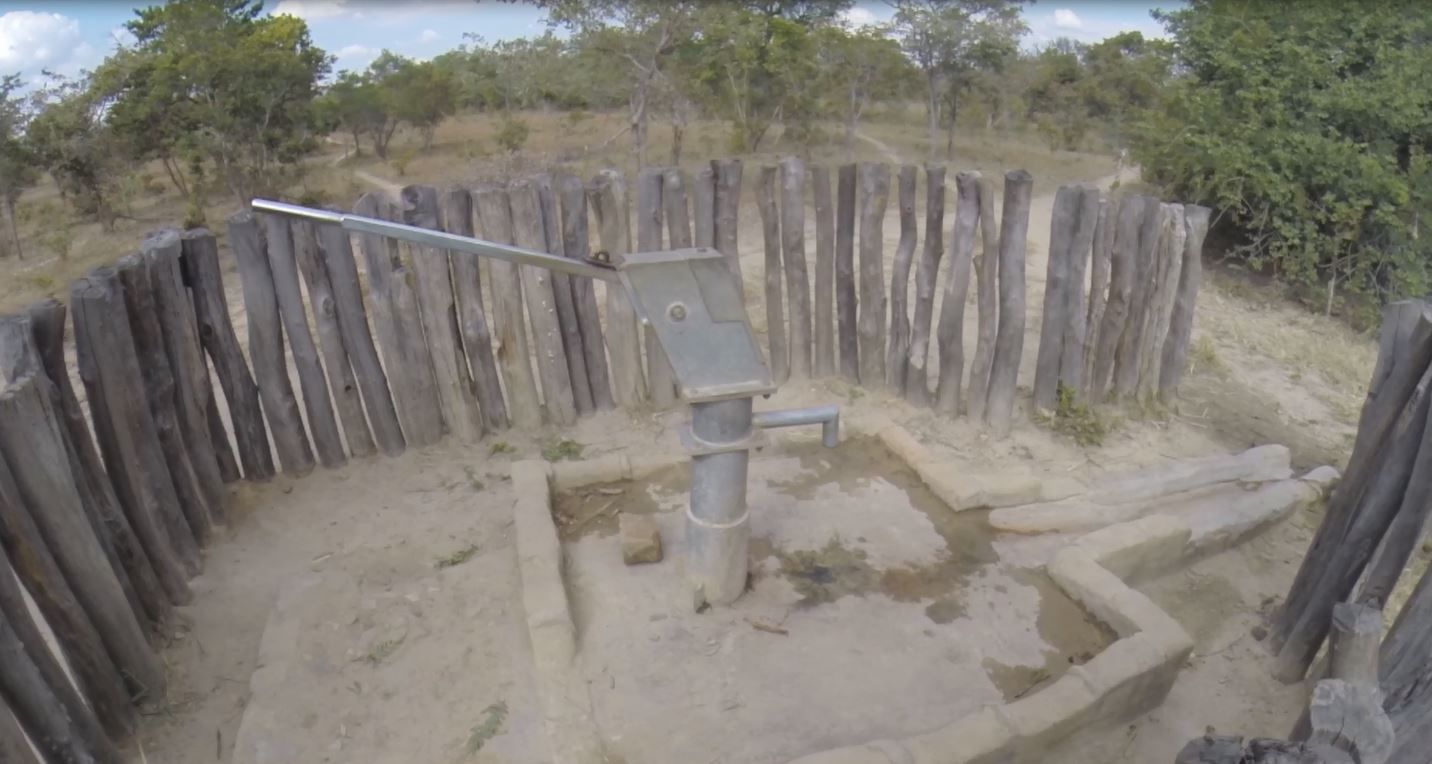 The next stop was Bunsanga Community School. Similarly, this school (as well as the surrounding community) had no access to clean water until The Butterfly Tree installed a bore hole in 2015. Before this, the community were simply relying on the water from a bacteria-filled dam.
After a period of heavy rainfall, the roof of the school collapsed, meaning the children had to be taught in the church. In March of this year, ATD funded the construction of a new classroom block. Both the students and teachers were thrilled to learn that they would be getting a classroom again. During our visit, we got a chance to see the new classroom up close and were pleased to see that it was almost complete. We brought along some world maps to go up on the walls and showed the children where the UK was in comparison to Zambia. 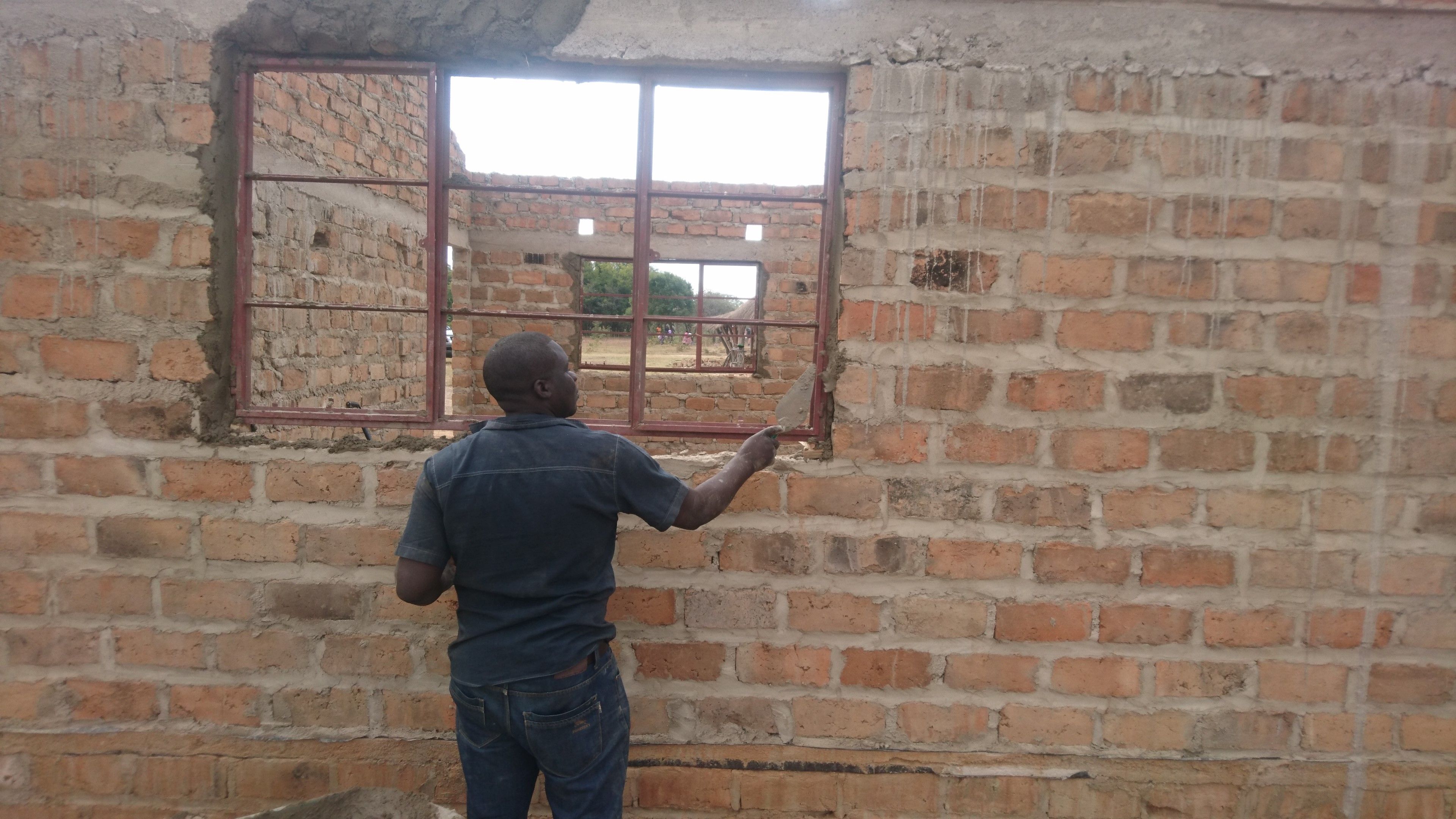 Our final visit was Kantamba Community School. We spent some time here talking to the amazing children and playing games, which was definitely a highlight of the trip. Some of the ATD team played a game of football against the children and lost by a long shot! To make the defeat even more disappointing, some of the children were as young as 7 and playing barefoot- we’ve obviously got a long way to go. The whole community came out to greet us and it was great to meet all of the people that these projects are impacting. 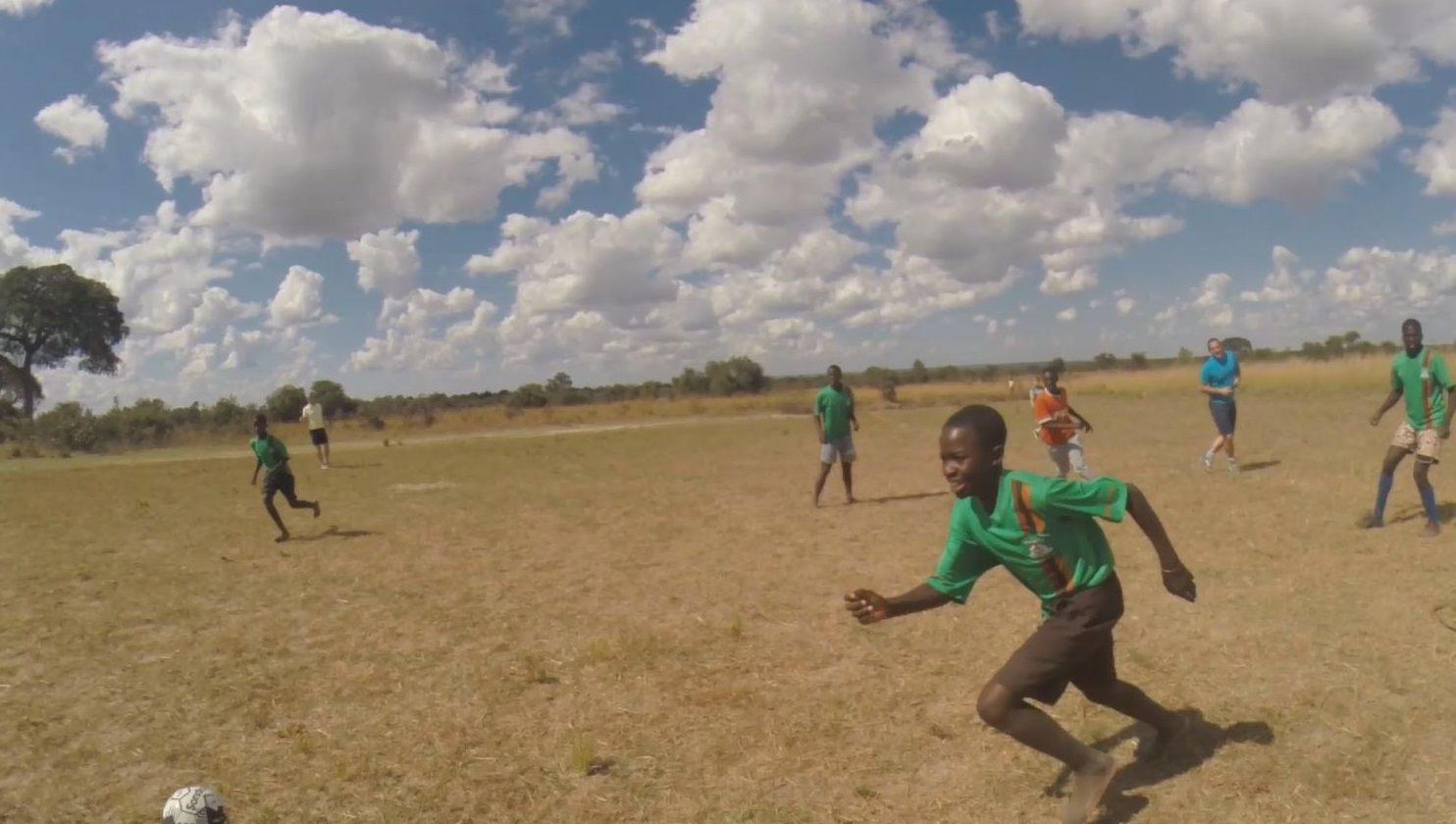 Even though the improvements so far have made a huge difference, there’s still lots that can be done. That’s why we’ll be continuing our efforts to raise money to fund important projects at the schools we visited, through various methods of fundraising, like the Total Warrior Challenge, a 10k swim at Stratford’s Olympic pool and lots more weird and wonderful activities.
If you’ve got any fundraising ideas that could inspire us, please let us know on our Facebook page.
Fun
Tweet