Disney’s newest park, which opened in 1998, is very different to the others, with a gentle nature-orientated approach, a beautiful landscaped style and lots of environmental awareness. Having said that, it still offers great rides, animal experiences and, above all, amazing shows. The signature element is the central Tree Of Life and it is an easy park to navigate, with the different ‘lands’ radiating off the central hub of Discovery Island.

Animal Kingdom is a much slower-paced park than the other three and rewards those who take their time, enjoy the clever design and landscaping, and make sure they take in all the shows. 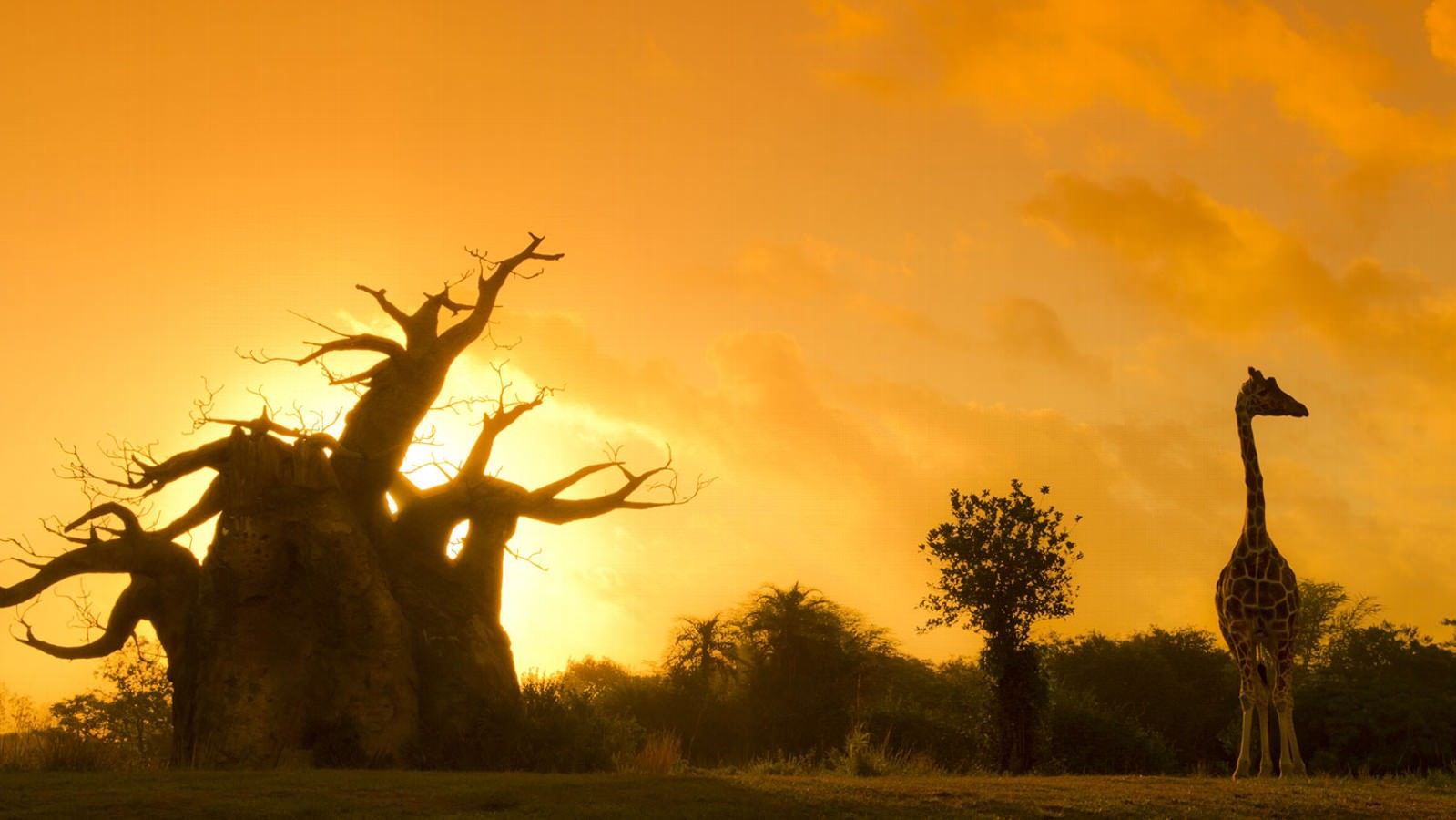 While there are only 6 out-and-out rides, they are all worth trying, from the elaborately-themed high-thrill rollercoaster Expedition Everest to the more fairground style of Primeval Whirl and Triceratop Spin and the great African adventure of Kilimanjaro Safaris. DINOSAUR is a realistic plunge into the Cretaceous world of T-Rex and Co but tends to be too scary for young children.

Animal Kingdom offers 4 excellent shows, including the must-see Broadway-quality extravaganzas of Festival of the Lion King and Finding Nemo: The Musical. The clever 3-D animatronic-and-film presentation It’s Tough To Be A Bug is great fun but, again, can scare young children. 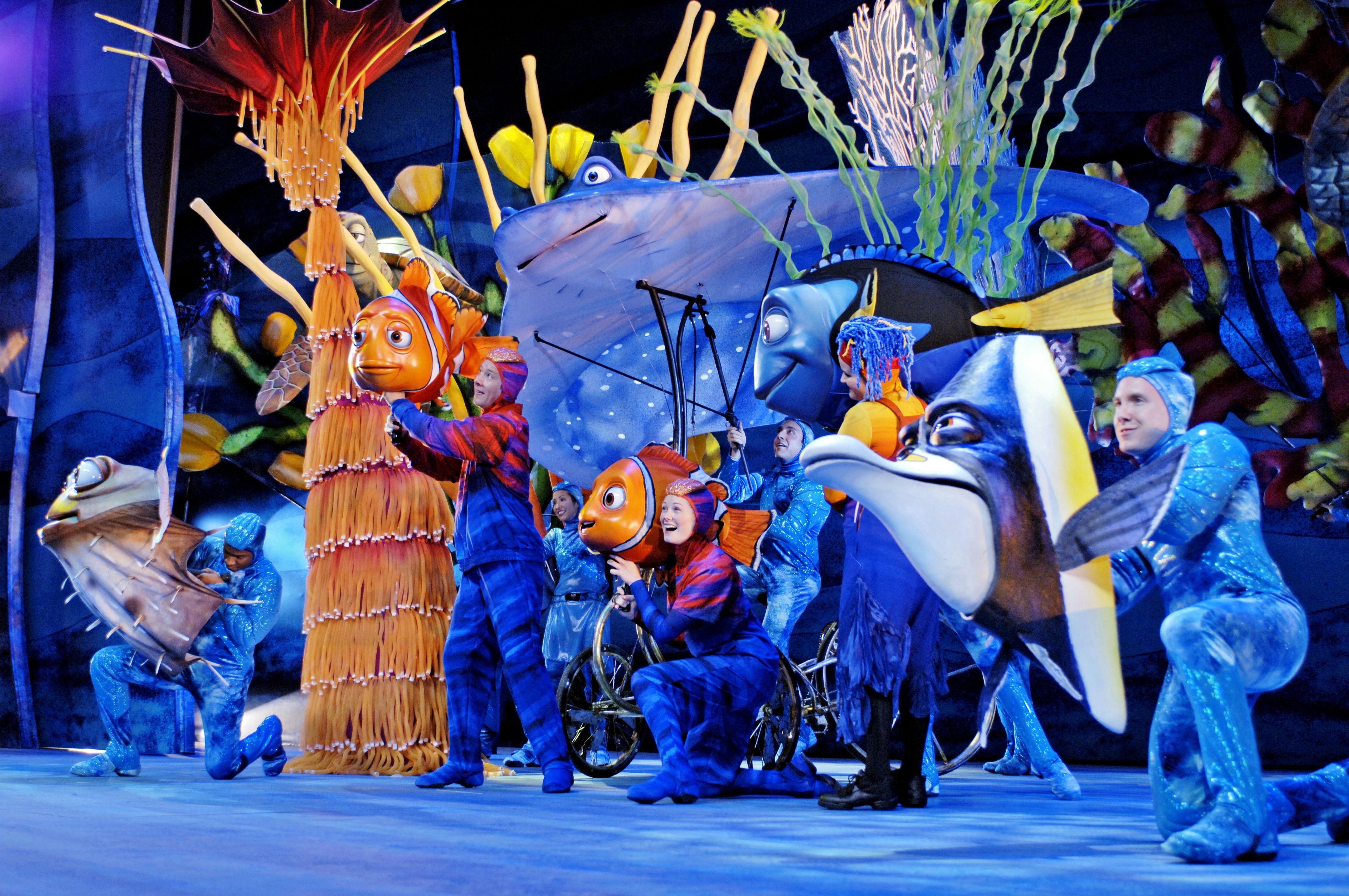 There are only 8 FastPass+ selections for Disney’s Animal Kingdom but you can select both of the main shows, Festival of the Lion King and Finding Nemo: The Musical, which is advisable at peak periods to avoid long stand-by queue waits. Expedition Everest is the ride that usually runs out of FP+ choices first.

Since the closure of Camp Minnie-Mickey in early 2014, the Disney character meetings are spread throughout the park but there are still plenty of opportunities. Look out especially for Goofy and Pluto in Dinoland, Russell and Dug (from the film UP!) at Discovery Island, Jungle Book characters at Upcountry landing in Asia, Disney princess Pocahontas at Character Landing and Rafiki and Chip ‘n’ Dale at Rafiki's Planet Watch. You can also meet Mickey and Minnie in their safari gear! 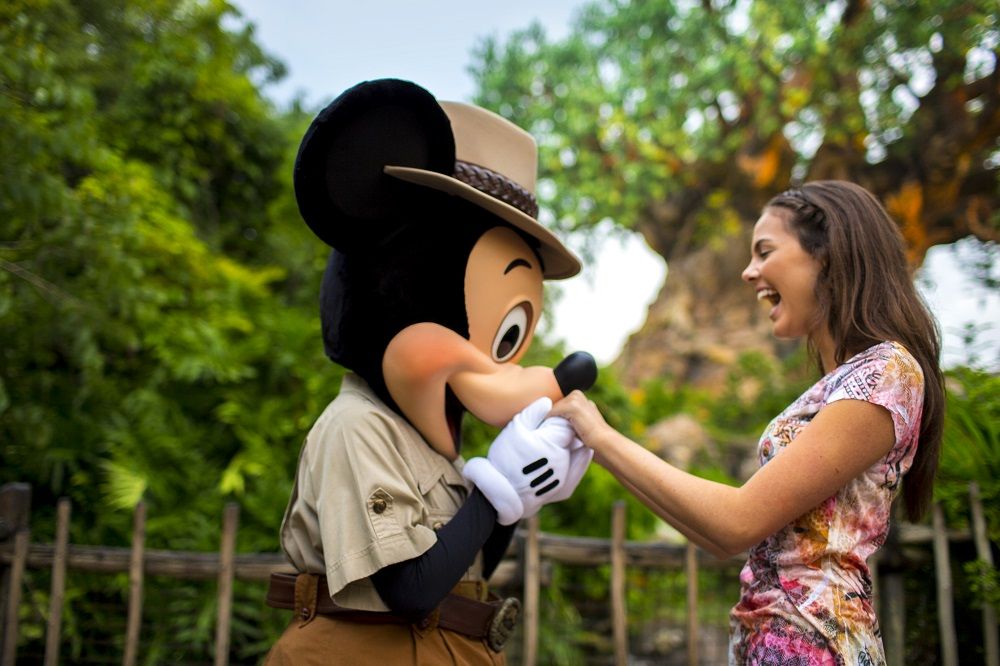 Disney’s Animal Kingdom is a great place to see the characters in different costumes. Make sure you take a photo with Mickey and Minnie in their finest safari attire during your visit.

There is no longer a parade at Animal Kingdom but there is plenty of live music in Discovery Island, Asia and Africa periodically throughout the day, while the Dinoland Dance-A-Palooza features Disney characters and their party pals twice a day. 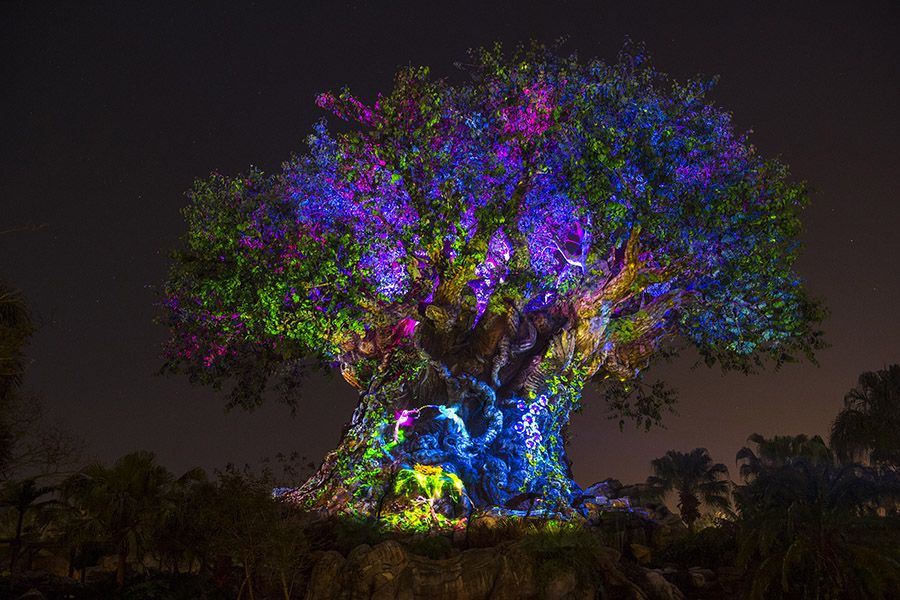 Disney’s Animal Kingdom now comes to life at night with a host of new attractions. Tree of Life Awakenings is a stunning projection display that sees the iconic centrepiece illuminated by a magical swarm of fireflies. Listen to the stories of the animals as they dance across the sky in vibrant bursts of colour. Get closer to nature with the new Kilimanjaro Safaris at night, for the chance to see the beautiful animals when they are most active. 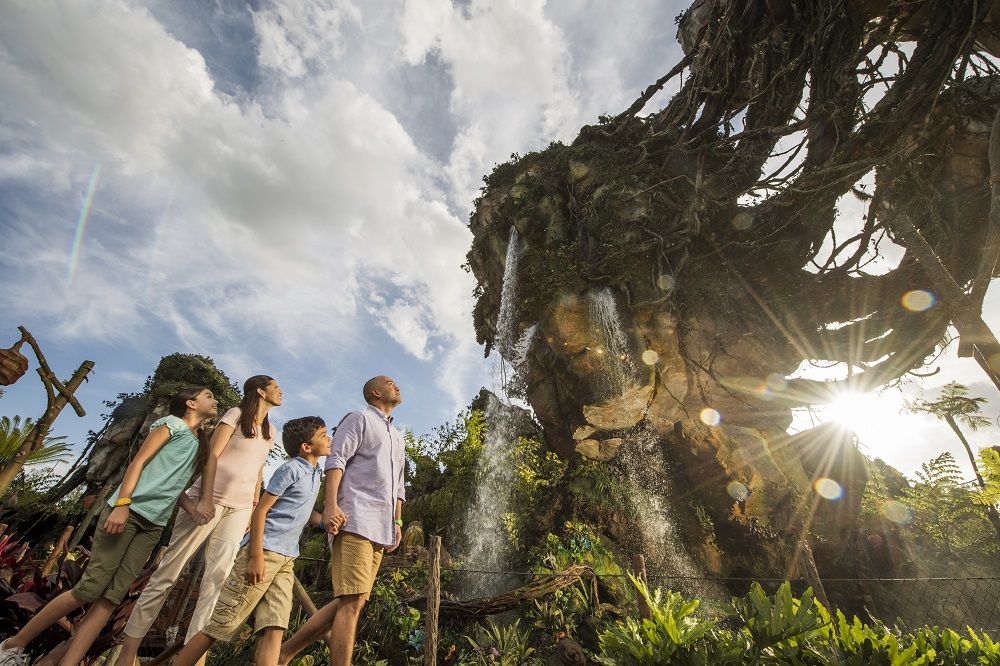 In May 2017, an incredible 12-acre area inspired by the popular movie Avatar, was unveiled. Pandora- The World of Avatar is a new immersive land, that should definitely be explored. Highlights include the iconic Floating Mountains, unique restaurants and amazing attractions. Na'vi River Journey takes guests sailing down a sacred river into the depths of a bioluminescent rainforest, while Avatar Flight of Passage lets you ride on the back of a banshee! 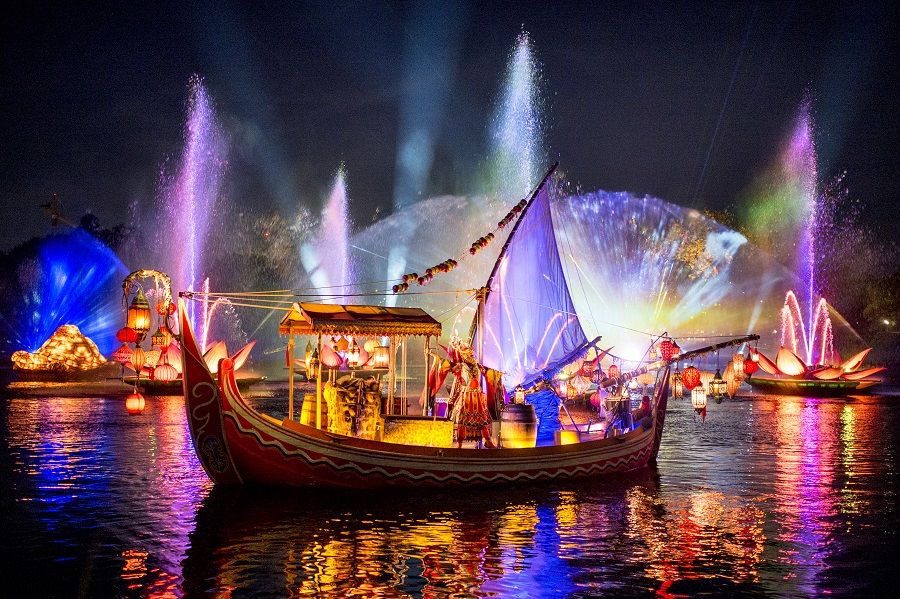 Rivers of Light is a dazzling new night-time show, that's the perfect way to end your evening. The mesmerising water and light show features glowing lanterns which light up the Discovery River Lagoon, as water fountains shoot into the air and images of your favourite Disney characters are projected onto the night sky.

The fab Festival of the Lion King show also has a new home in an indoor arena in Harambe in Africa that you won't want to miss. Adventurers Outpost, in Discovery Island, is the place to meet Mickey and Minnie. Winged Encounters – The Kingdom Takes Flight is an opportunity to meet the park’s macaws as they take flight around the Tree of Life each day.

The Wilderness Explorers programme is a fun opportunity for children to explore the park and collect more than 30 badges related to the animals and their environment. Many of the animal exhibits, notably in the Discovery Island area around the Tree of Life, have also been refreshed or refurbished. The Viva Gaia Street Band are a lively addition in Discovery Island.

Animal Kingdom’s celebration of the international Earth Day around the world that highlights eco-awareness and environmental issues. Extra nature activities, face painters and caricature artists provide the fun at Rafiki’s Planet Watch while there are also Cast Members throughout the park ready to celebrate the park’s own conservation and wildlife projects and there is special Earth Day merchandise on sale.

Another highlight at Animal Kingdom, with a massive signature Christmas Tree outside the main park entrance that provides great photo opportunities. The Disney characters are all out in festive dress and each has their own way of joining in the fun. Mickey’s Jingle Jungle Parade no longer runs, however. 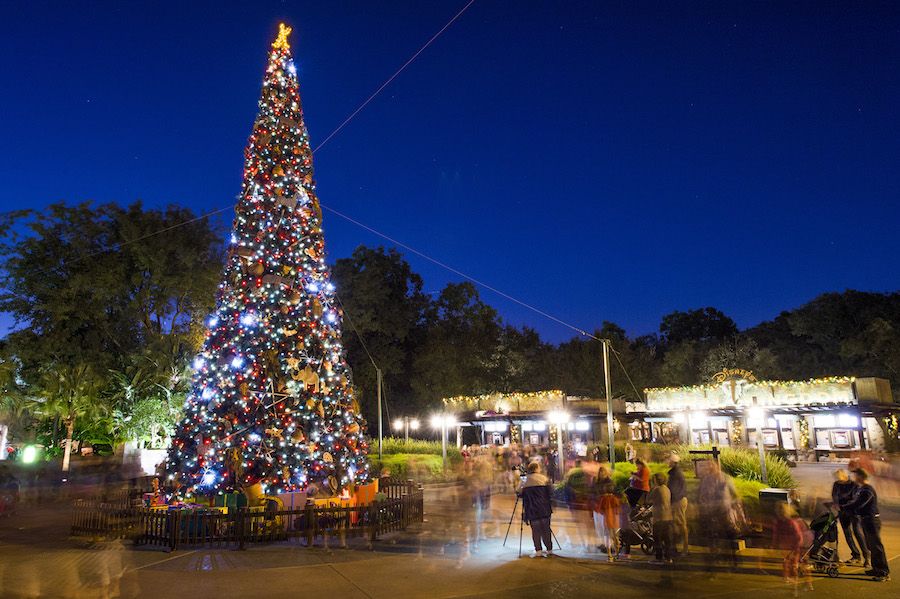 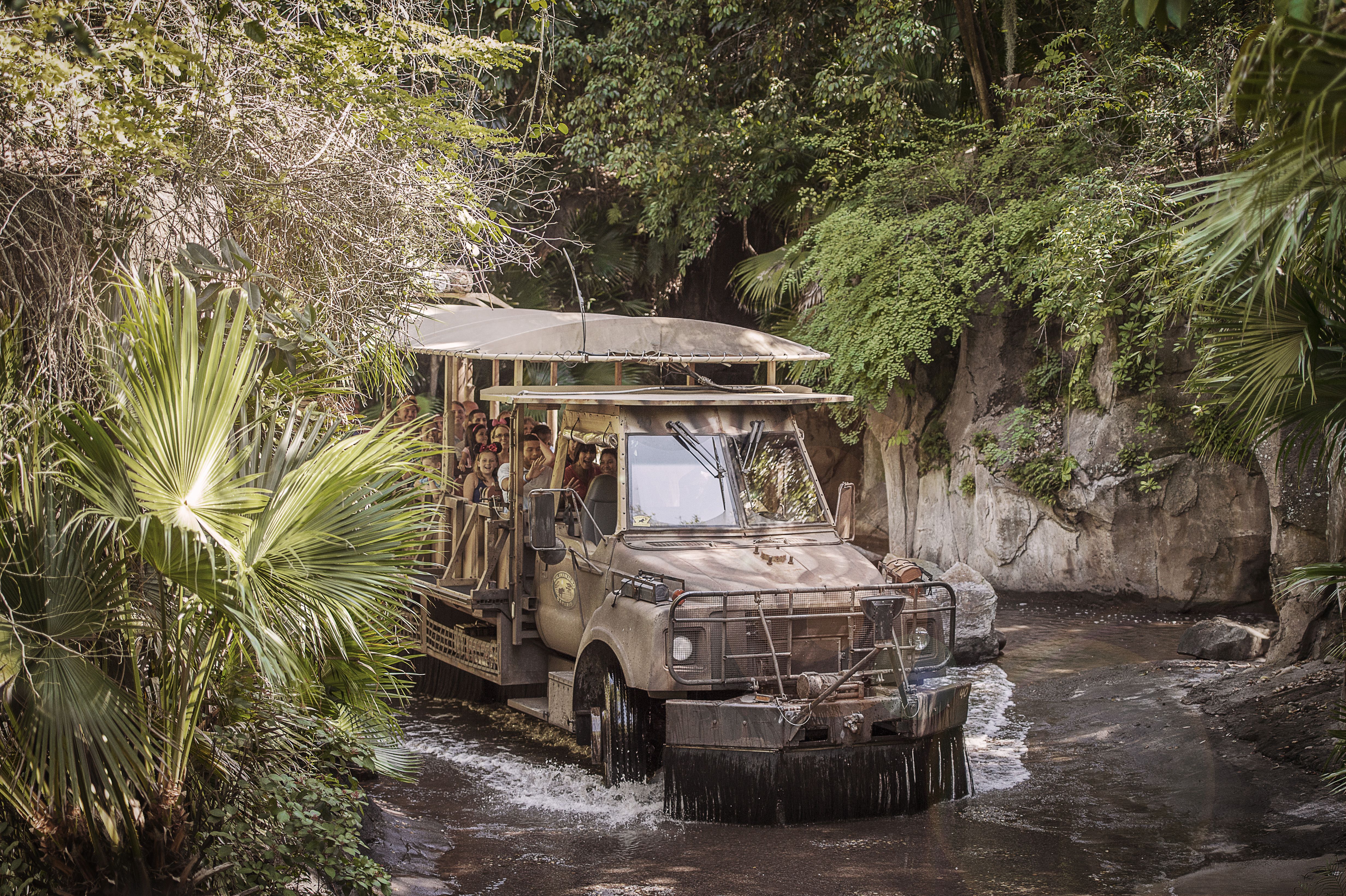 This 3-hour behind-the-scenes tour provides a fascinating look at how Disney cares for its animals as it visits the Animal Nutrition Center, animal housing areas, the state-of-the-art veterinary hospital and other facilities, plus a private tour of the wildlife preserve in an open-sided vehicle, while also providing refreshments and a memorable keepsake. Must be 16 or older with valid ID.

Take a private safari tour throughout the main animal areas of the park, both on foot and in a rugged, open-sided vehicle. The trek includes a rope bridge section (complete with safety harness) and the chance to get up close with giraffes and rhinos, while it has its own photographer and a stop ‘in the wilds’ for an array of gourmet African-inspired snacks. Participants must be 8 or older, at least 48 inches (122cm) tall and between 45 and 300lbs. Under 18s must be accompanied by a fare-paying parent.

A 3-hour early-morning walking tour that reveals the creation and design of Animal Kingdom, with great insight into the use of native art and architecture, indigenous flora, genuine historical artifacts and classic Disney story-telling. It includes meeting with various animal keepers, a light breakfast and keepsake, and is open to guests 14 and older (under 16s must be accompanied by a fare-paying adult).

While it may not seem like it at first glance, there are some 1,700 animals spread through its 500 acres, representing 250 species. Many can be found only on the Kilimanjaro Safaris ride but look out for more especially around the Tree of Life and on the two main walking trails – Pangani Forest Trail in Africa and the Maharajah Jungle Trek in Asia.