Time to start planning!
Thinking of spending a romantic few days in London this Christmas time? Look no further than our top tips for the best things to do this holiday season…

If you have a limited amount of time in London this Christmas, the number of different things to do there can seem overwhelming. We’ve kept it simple with our top 6 recommendations for a wonderful festive time in the capital this winter…

Hogwarts in the Snow

Starting on the 17th November, The Warner Bros Studios Tour will once again be transformed into a festive wonder with the beginning of Hogwarts in the Snow. This seasonal event is included free with general admission and is simply a festive Christmas ‘layer’ (or sprinkle if you will!) to add an extra bit of Christmas magic to your tour. 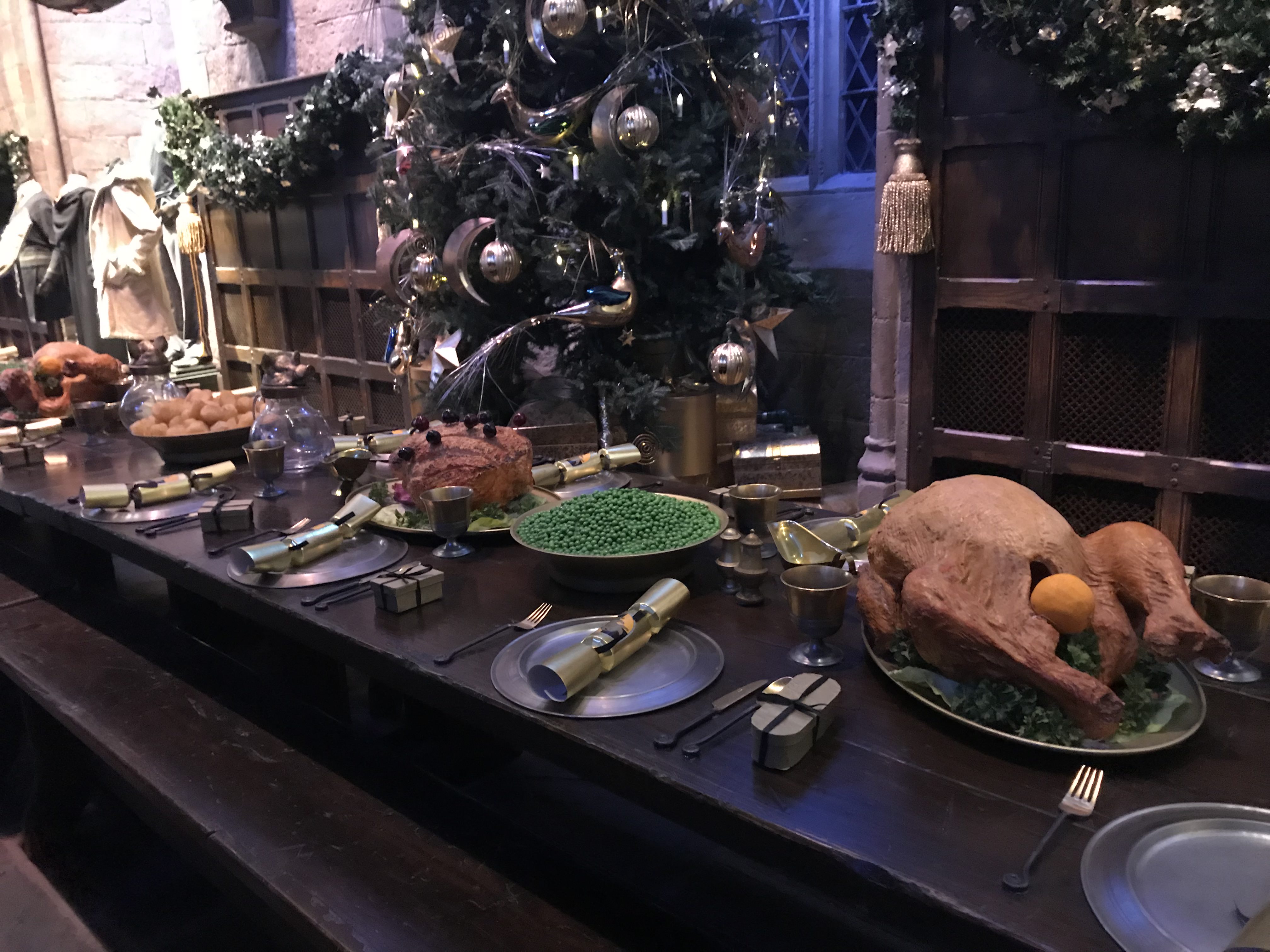 The festive transformation begins in The Great Hall, where the place will be decked out as if you were visiting for the Hogwarts event of the series – The Yule Ball! As seen in the 4th book, the Triwizard Tournament is celebrated with no expense spared – snow covered Christmas trees, dripping icicles and shimmering snow. On the long tables you’ll spy the ingredients for a festive feast, including Christmas pudding surrounded by real flames.

That’s not all though – the whole studio tour is being given a festive touch, with hand written Christmas cards in the boys’ dormitory, lit fireplaces throughout the sets and a magical sprinkling of snow on the Hogwarts Castle model. You’ll even be able to test out the ‘snow’ and see how it’s made.

London at Christmas just wouldn’t be London at Christmas without a trip to Winter Wonderland in Hyde Park. Make sure you pay this festive wonderland a visit, perhaps after a day enjoying the attractions at nearby Madame Tussauds, for your yearly dose of festive cheer. The event includes fairground rides, festive foods including German sausages and French cheeses and, of course, plenty of chances to get merry on mulled wine and cider.

Or, if you want to enjoy all the delights of a Christmas market but you’re looking for something on a smaller scale, Winterville in Clapham Common is a great and more grown up alternative. Winterville is open until late, making it a great place to wind down after a day of London sightseeing. 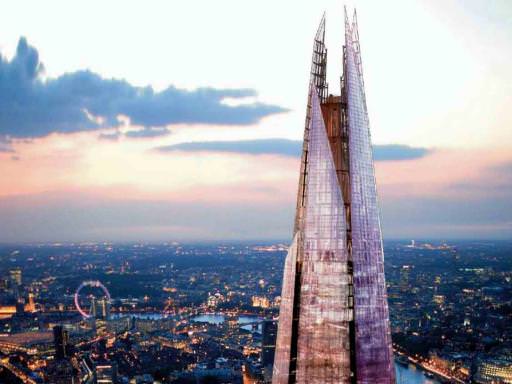 If you’re visiting The Shard this Christmas, you won’t be able to miss their efforts to turn this iconic London attraction into a festive spectacle! From the 3rd of December, the top 20 floors of The Shard will transform into a colourful rainbow of light with a 30-minute show taking place on ever hour between 4pm and 1am.

Warm up with a mulled wine at Borough Market 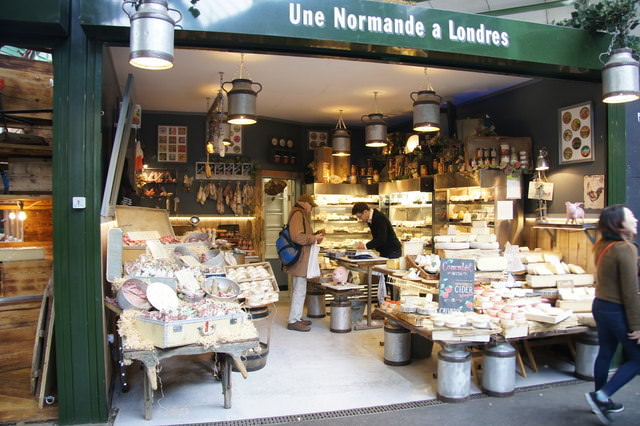 Just underneath the Shard is the famous Borough Market, where you’ll find a whole host of festive goodies to sate your appetite and keep you warm on the frosty wintery days. The market will be open every day throughout December, up to the 24th December, and will be decked out in beautiful decorations with the sounds of sleigh bells ringing in the background! Borough Market is famous for its seasonal produce throughout the year, so expect to find plenty of wintery produce perfect for creating your Christmas feast!

This is not the only ice-skating rink in London this Christmas, but it’s definitely one of the most popular. This could be due to the Fortnum and Mason Christmas pop-up shop which takes residence next to the rink or because of their cool Skates Lates nights – whatever it is we love the idea of a romantic skate under the neo-classical architecture of Somerset House.

The rink is opposite the Lyceum Theatre, home to the world-famous Lion King theatre production so why not take in a matinee show followed by an ice skating session for a romantic London Christmas day out? 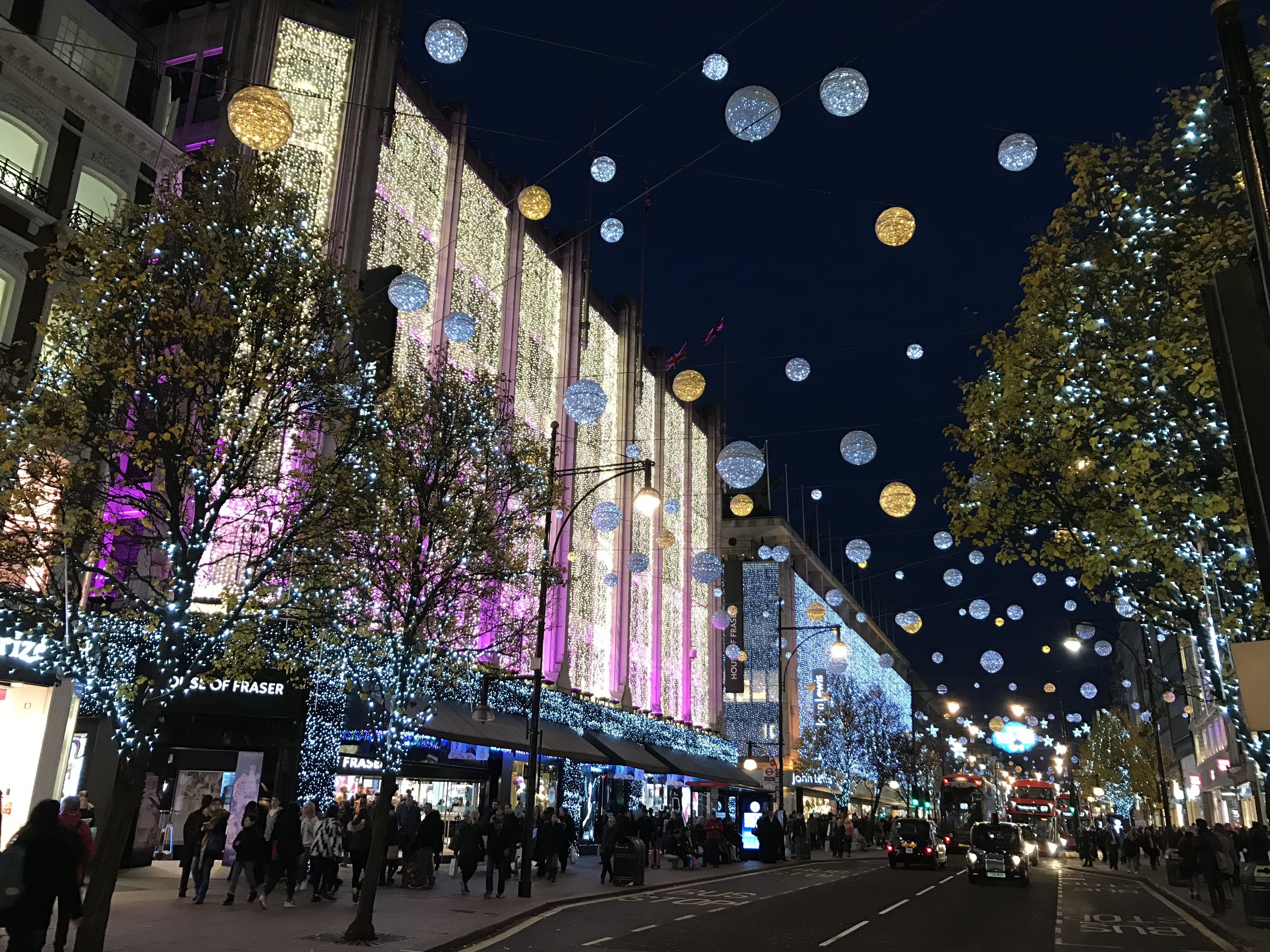 Some of the best Christmas lights in the country can be seen on Oxford Street at Christmas time, so make sure you swing by to pay them a visit. Whether you’re there to people watch, try out some of Carnaby Street’s best restaurants or do some last-minute Christmas shopping, you won’t be disappointed!