Looking to find some hidden gems in Central Park?
We know exactly where to look...

Built more than 150 years ago, Central Park is one of the world’s most famous parks and the city’s most visited landmarks. Iconic landmarks like Strawberry Fields, dedicated to the memory of former Beatle John Lennon, the Loeb Boathouse and Central park Zoo are well-known by visitors from all over the world. But did you know some of these lesser-known secrets about Central Park?

1.  The pathways and roads were originally curved to prevent horse and carriage racing 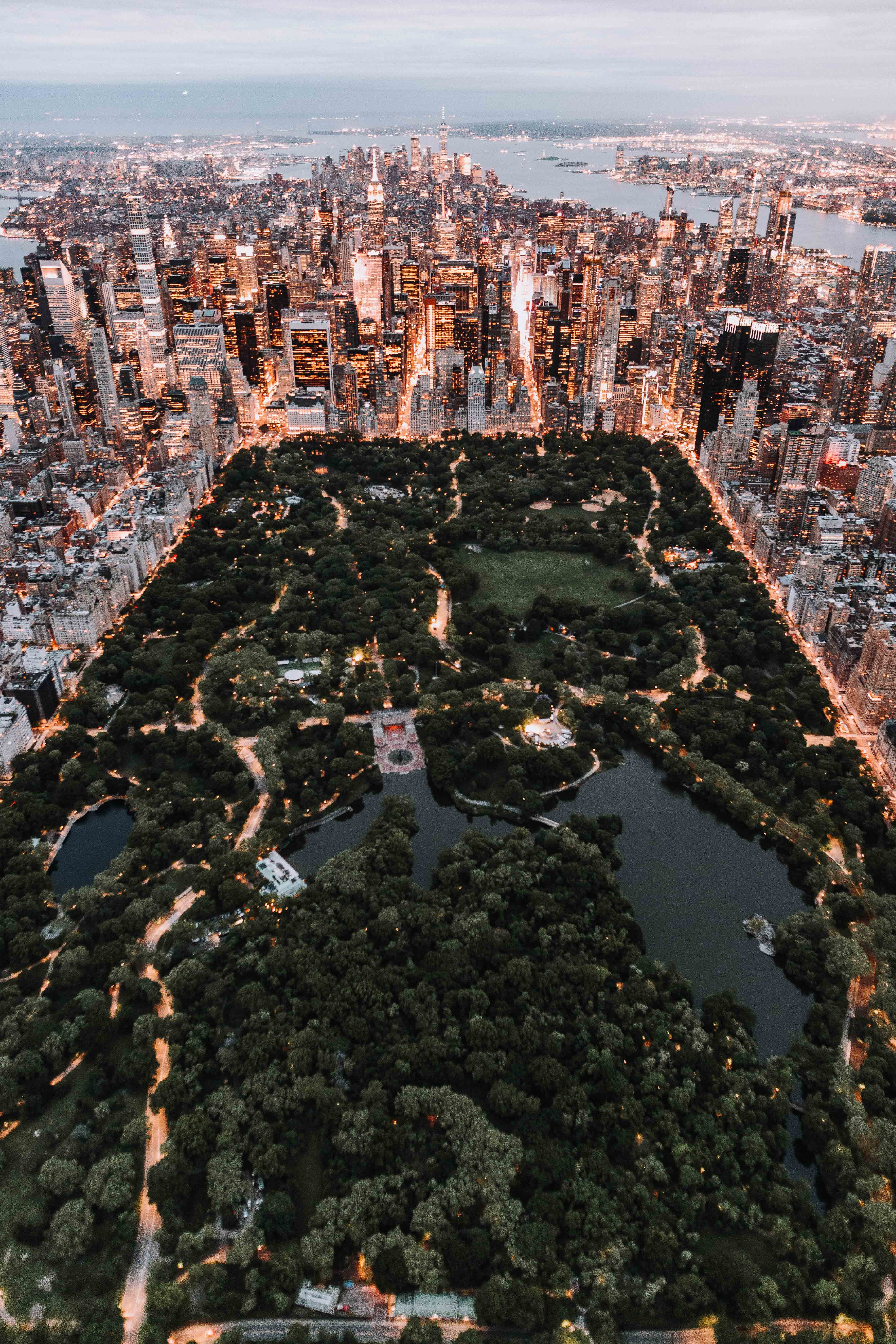 A birds-eye view of Central Park in New York shows twisting and turning roads within the park, which are very different from the rigid grid system of surrounding Manhattan. At first you might think this was part of the park’s design and was done for aesthetic purposes, but the real reason is much more interesting.

When the 843-acre park was built in the 1850’s, local lawmakers wants to avoid the trend for horse and carriage racing in the city happening in the parks. So, they made the park’s roads sufficiently winding and twisting enough to make the sporting pursuit too dangerous. Although horse and carriage racing is now a long-forgotten problem, these twisting and turning roads definitely help to add character to a Central Park Bike Tour!

2. The new park was built to help local neighbours prosper

Although the majority of New York’s residents have profited from the building of Central park and the atmospheric benefits it brought to the city, there were certainly some residents who profited more. Local residents with properties surrounding and especially overlooking the park were the most vocal advocates for the new development and unsurprisingly they saw their property prices sky-rocket after the park was finished.

3. The public were invited to help design the park

When Central park was first commissioned, the opportunity to design it was opened out to the public. Anyone could enter but there were actually only 33 proposed designs (probably due to the scale of the project!), with the prize ultimately being won by Frederick Law Olmsted and Calvert Vaux. 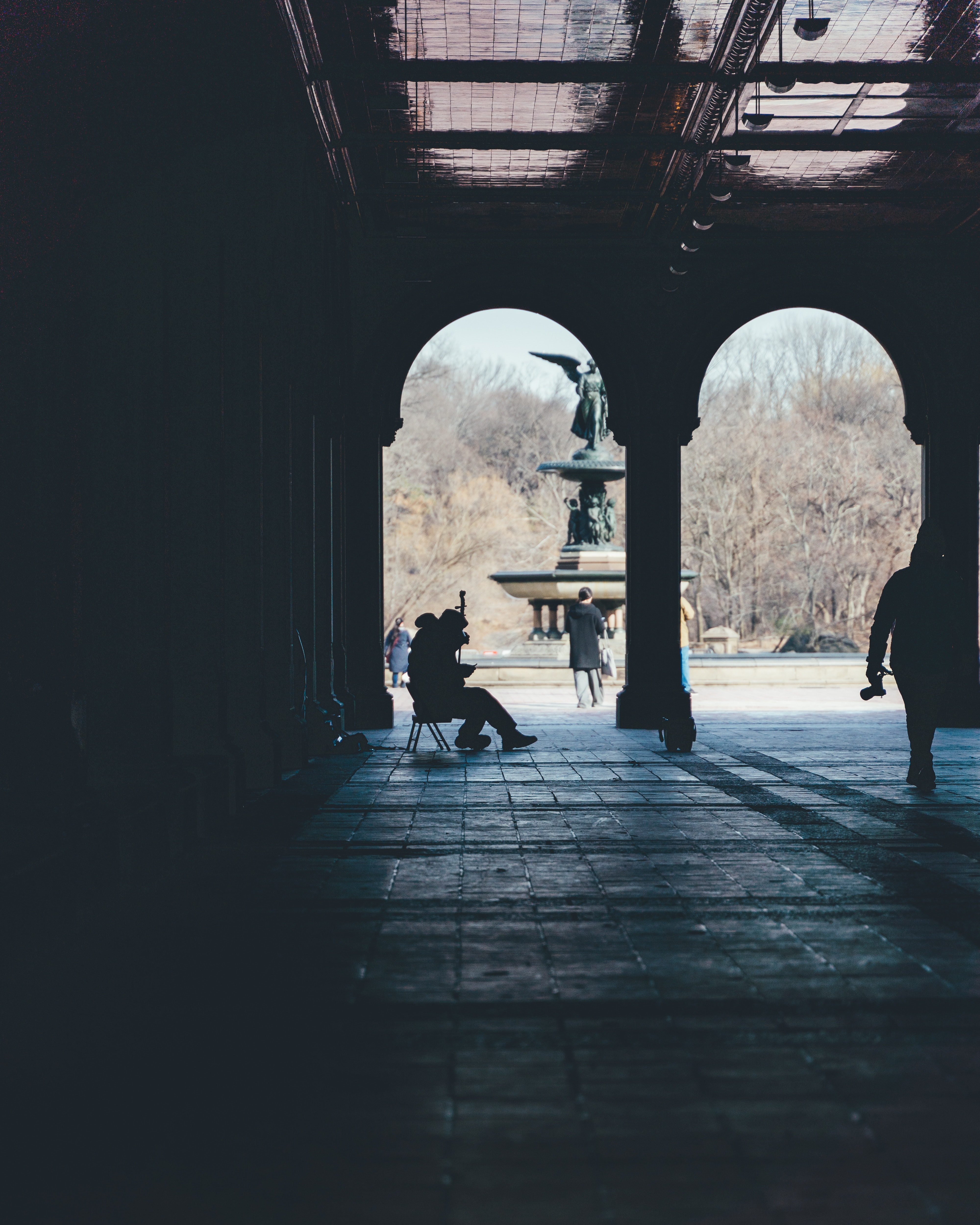 The initial brief was fairly simple. The new park needed to have a main fountain, a parade ground, an area for skating and a lookout tower, as well as space for an exhibition centre. The now synonymous monuments of Sheep Meadow, Belvedere Castle and Bethesda Fountain were born from his original idea and this brief, but what the park eventually became is so much more than that.

4. You won’t find any cannonballs under Bow Bridge 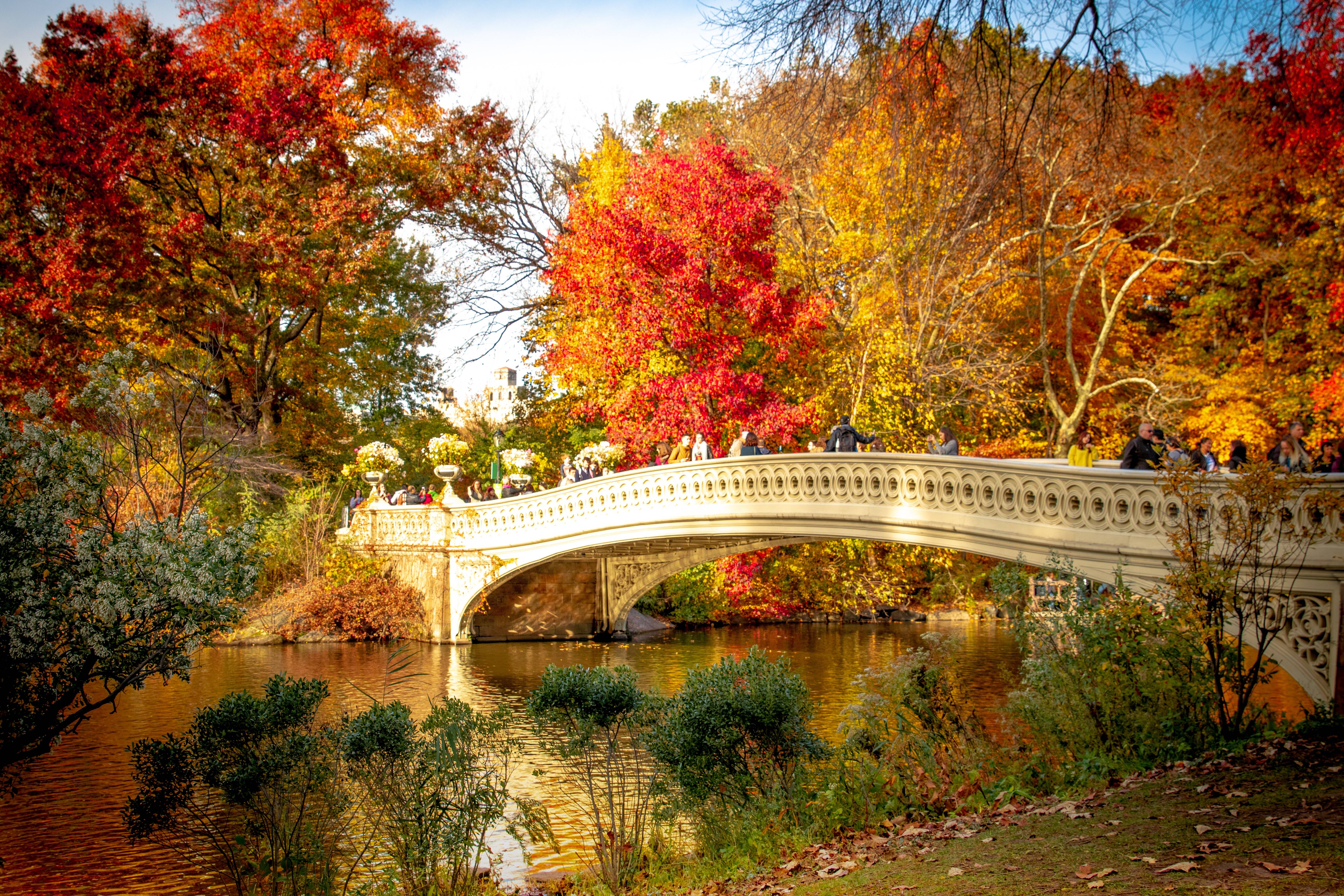 It’s a long-held myth that the romantic cast-iron Bow Bridge was built on foundations of giant cannonballs. No one has any idea where this myth came from, but it was recorded in every instance of the bridge until 1974 when the bridge was renovated and no giant cannonballs were discovered. Still, a nice story!

5. The state paid more to build Central Park than they spent buying the state of Alaska

The total cost of New York’s Central park was a whopping $7.4 million which was a huge amount in the 1850’s, equating to more than $225 million dollars in today’s money! However, when you compare this to the amount that the US spent on the entire STATE of Alaska ($7.2 million in 1867 or $220 million in today’s money), then the figure seems even more astronomical.

6. It was home to the hottest speakeasy in town during Prohibition

Prohibition, a nationwide ban on the sale and consumption of alcohol, came into effect in the United States in 1920 and lead to a ‘dry’ North America until the ban was lifted in 1933. Of course, the law was flaunted widely and home-made alcohol and bootlegged deliveries were everywhere. If you had the money, you could still get very merry during the Prohibition era in New York City!

During this time, the speakeasy culture was the key to the city’s nightlife. Speakeasies were illicit establishments selling alcohol and, although illegal were numerous and popular during the Prohibition era.

One such establishment could be found in the centre of Central Park. Central Park Casino, near 72nd street, was originally designed as a ‘Ladies Refreshment Salon’, where ‘respectable’ women could gather for a drink away from the prying eyes and hands of men. Over the next 50 years the bar became one of New York’s hottest party spots and speakeasies, even being endorsed privately by party-loving New York mayor at the time, Jimmy Walker.

On the night that Prohibition was finally repealed in New York State in 1933, couples danced into the night to celebrate.

In fact, it's so secret that only members of a specific group know where the tree is exactly. All we know is that it is based somewhere in The Ramble. Every year, members of the group who have lost beloved pets come to Central Park to hang ornaments on decorations on a specific fir tree in the wooded area of the park. All the ornaments are lovingly selected and accompanied by hand-written dedications to their lost pets.

8. There were once sheep on Sheep Meadow 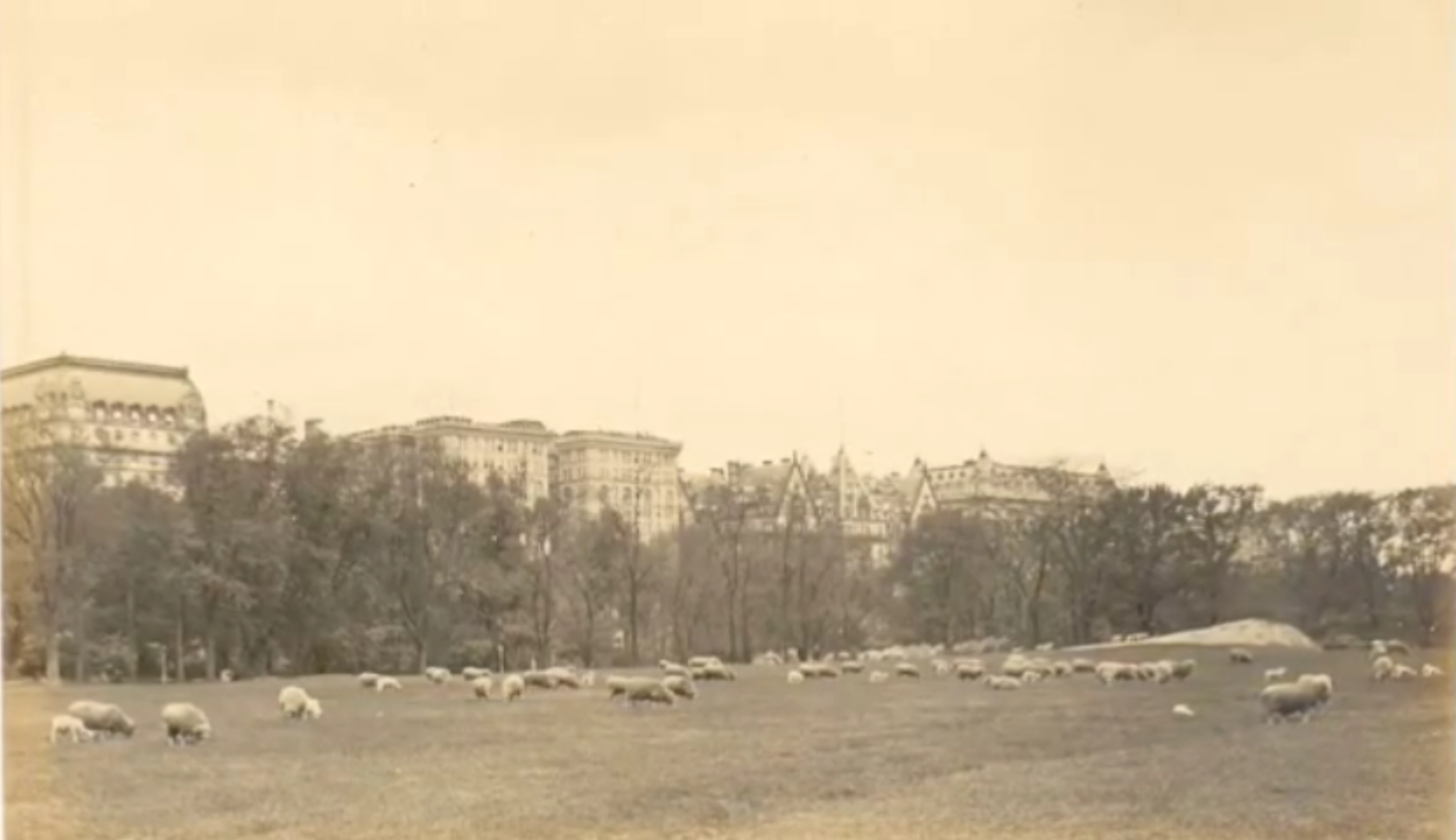 Sheep Meadow, where today park visitors lay out blankets to have picnics, sunbathe in the city’s long hot summers and throw a ball around, did once have sheep on it! The sheep stayed overnight at The Tavern on the Green, which still exists as a restaurant today, and were let out to graze in the daytime.

9. There’s a ‘magic bench’ in the Shakespeare Garden

If you want to enjoy a bit of Shakespeare in the park, The Shakespeare Garden, a 4-acre garden planted with wildflowers and plants modelled on the Bard’s mention of it in his plays, is one of the lesser-known parts of the park. Mentions of such a garden are in lots of of Shakespeare’s plays, so each individual garden and plant is labelled with a plaque and the line from the play which references it. 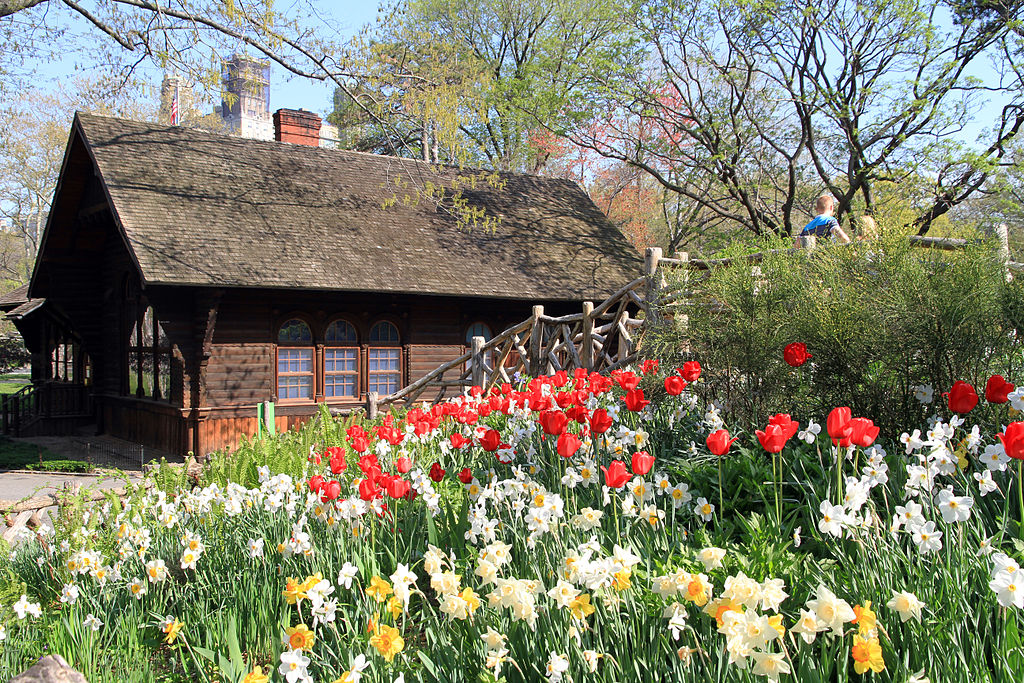 Also within this are of the park is The Whispering Bench. This one-of-a-kind granite bench works in a similar way to The Whispering Gallery in New York’s Grand Central Station. If you sit at one end and whisper, someone sat on the opposite end will be able to hear you loud and clear… as if by magic!

10. 250 people lived in the area before Central Park was built

Unfortunately not everyone who lived in New York was pleased by the building of this new park. A small village of 250, named the Seneca Village, was already using the land and owned a number of houses, 3 churches and a school before the land was bought from them at what may not have been a fair price.

The population of this village, who were mainly African-Americans were forced out of their homes and largely forgotten about until the 1990’s, when their story was finally told in a book about the park’s history. In 2011, an archaeological dig uncovered the remains of the Seneca Village, where a child’s show and an old copper kettle were also discovered. Tours of this area are now available from The Central Park Conservancy.

11. Central Park is home to a secret cave

The Ramblers Cave is a natural cave that can be found in Central Park, although you’d have to know it existed first to find it! The cave is not sign-posted or marked by any kind of signage but, once upon a time, it was a place to explore for idling teenagers and people up to no good.

After a number of high-profile crimes committed in the caves, the entrance was bricked up to discourage visitors to the area. However, if you take The Ramble path you’ll be able to spot the stone steps which used to lead up to the cave’s entrance.

There are 5 man-made waterfalls in the park, most of which are located in The Ravine. All of the water in these streams comes from the New York City drinking water supply - although we don’t recommend take a slurp of it just in case!

If you’re planning to visit Central Park yourself, we recommend hiring a bike to get round to see all these smaller landmarks alongside the more famous sights. Bike rentals start from as little as £16 a day and mean you can whizz round this huge park without worrying about missing anything!