... But be original! Don't go dressed as a Leprechaun. Choose your favourite green theme park character to inspire your attire for your theme park visit. So, Disney Pictures pioneering Scottish Princess  might not be Irish, but she does dress head to toe in teal green - which is why she has made it onto our green list. If you're headed to Walt Disney World, not only can you dress up as the fiery haired Princess,  you can also meet her at Disney World's Fairytale Garden in the Magic Kingdom park.

The green skinned Disney villain from the Walt Disney Classic Sleeping Beauty Maleficent, known to the world as the most powerful Disney villain to date. Make your Walt Disney visit dressed as this menacing but strangely beautful Disney villain. Or go one better and stop off at one of Disney World's many Face Painting Stations to be made green for St. Paddy's day! Although Maleficent is only available for character meet and greets on rare and special occasions, you can catch her in Disney's Hollywood Studios nighttime spectacular Fantasmic.

3) The Green Lantern (LEGO style from the LEGO Movie)

Funnily enough, many of our favourite rides at Universal Orlando have been enthused by green characters, which ties in nicely with our St. Paddy's theme park quest!

Arguably one of the best rollercoasters in Orlando has to be the Incredible Hulk Ride. Inspired by the wrath of the Marvel comic character Bruce Banner, whose exposure to large amounts of gamma rays turns him green when he's angered. St. Patrick's day visitors with a taste for speed will love this big thrill ride. All we can say is, steer clear of the Guinness before riding,  hell hath no fury like Bruce Banner when he's angry. 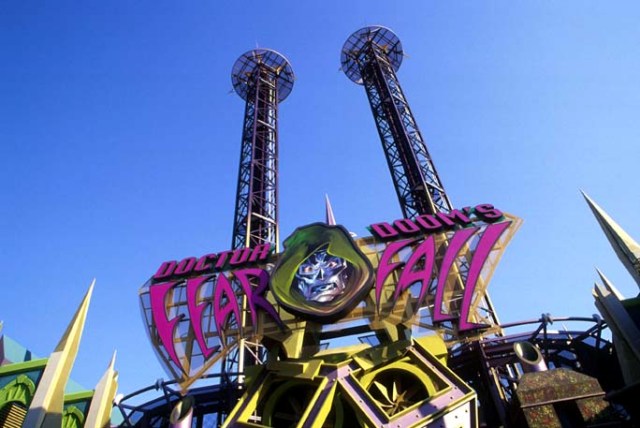 Another green Marvel character inspires another Universal Islands of Adventure big thrill ride. On this 200 ft tall drop tower ride you will experience the doom the Fantastic Four have endured from their arch enemy, as you act as guinea pig to one of Dr Doom's crazy experiements.

Not only can you have a character meet and greet with the loveable green ogre at Universal Studios Florida, you can also insert yourself into an original Shrek narrative in the Shrek - 4D multi-sensory attraction. A perfect green experience for the whole family to enjoy together! 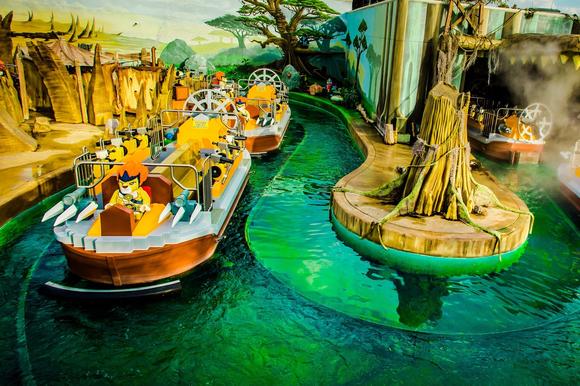 This interactive water ride has been made green especially for St. Patrick's Day. LEGOLAND Florida have added bright green colouring to the 219,000 gallons of water used for this attraction, claiming that LEGO character Cragger the Crocodile is to blame for the emerald waters. So,  if you're making a visit to LEGOLAND Florida with the kids during the St. Patrick's day festivities, you have to hop on board the Quest for Chi and make a rare sighting of these green waters.

Enjoy the spread of green sweet treats that Disney's confectionists have whipped up for St. Patrick's Day, including Mickey Mouse shaped cake pops, pretzel rods covered in chocolate and dipped in green sugar or green sprinkles and candy apples inspired by the ever green Kermit the Frog and a lucky Leprechaun. 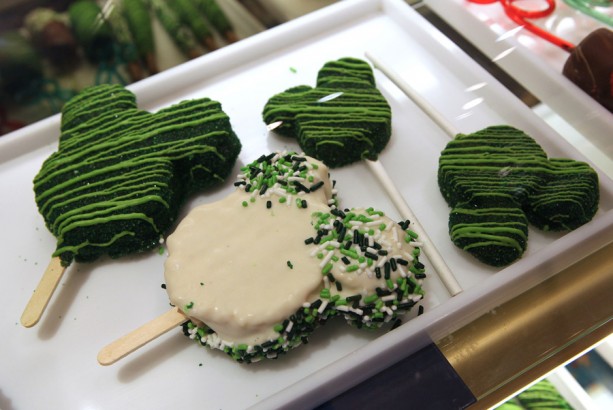 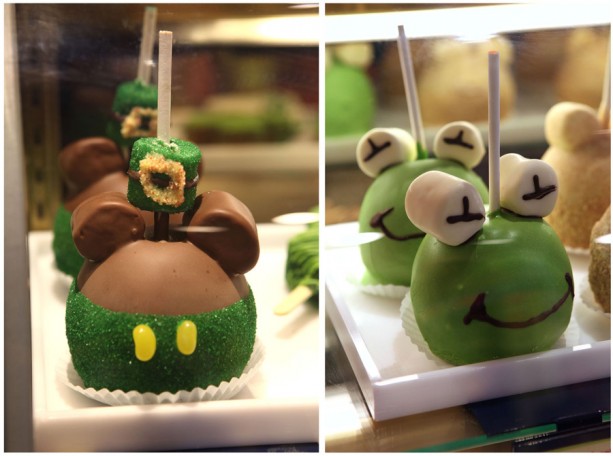 Go green fingered and head over to Walt Disney World's Epcot International Flower and Garden Festival. Admire beautiful Disney topiaries, some of which we showed you last week, and get yourself some gardening tips from some of the most creative and talented horticulturists. Although this is a great way to get your green on for St. Patrick's Day, the Epcot International Flower and Garden Festival will be held at Disney World till the 8th May.

Walt Disney World's entertainment district Downtown Disney hosts the Mighty St. Patrick's Festival, where you'll be able to immerse yourself in a full on St. Patrick's Day celebration. At Downtown Disney's Irish pub Raglan Road, the Raglan Road Dancers will be showing off their Irish dance moves and even holding an Irish Dance Workshop. A line up of Irish bands will be playing popular and traditional Irish music and of course, the pub will be serving up Irish inspired food. 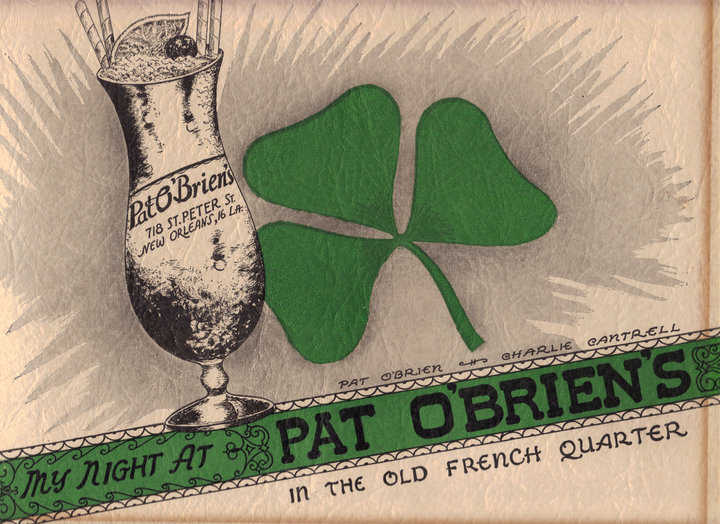 For those that want to extend St. Patrick's Day festivities into the early hours of the morning - why wouldn't you want to extend this lucky day? - Pat O' Briens at Universal Orlando's Citywalk is the port of call. Not too dissimilar from Disney World's Raglan Road Pub, Pat O' Briens will be serving up traditional Irish cuisine and will host Irish festivities. However, unlike Disney's Raglan Road Pub,  at Pat O' Briens you can party till two o clock in the morning and swap your Guiness for the bar's famous and lethal Hurricane cocktail.

Have a Happy St. Paddy's Day readers, no matter how you choose to go green!

For Orlando attraction tickets to all of the theme parks mentioned in this article, be sure to check out the Attraction Tickets Direct range of Orlando theme park tickets.