“Don’t Cry Because It’s Over…”

Orlando , Fun , Expert View Column
By ATD’s Florida Experts, Susan and Simon Veness
You know the old saying: “Don’t cry because it’s over. Smile because it happened.” With so much changing in Orlando in the coming year, those are words to live by. With that in mind, and with a few silent tears, let’s take a stroll down memory lane.

When Disney’s Hollywood Studios opened it was called Disney-MGM Studios for its tie-up with Metro-Goldwyn-Mayor movie studios. The iconic attraction, The Great Movie Ride, was the literal interpretation of the park’s theme of “immersing in the movies and the art of movie making.” Sort of like “Ride the movies,” a term coined by a rival park being built up the street. In fact, that idea helped spur the creation of Disney-MGM Studios, because the Mouse doesn’t like to come in second. But that’s another story…. 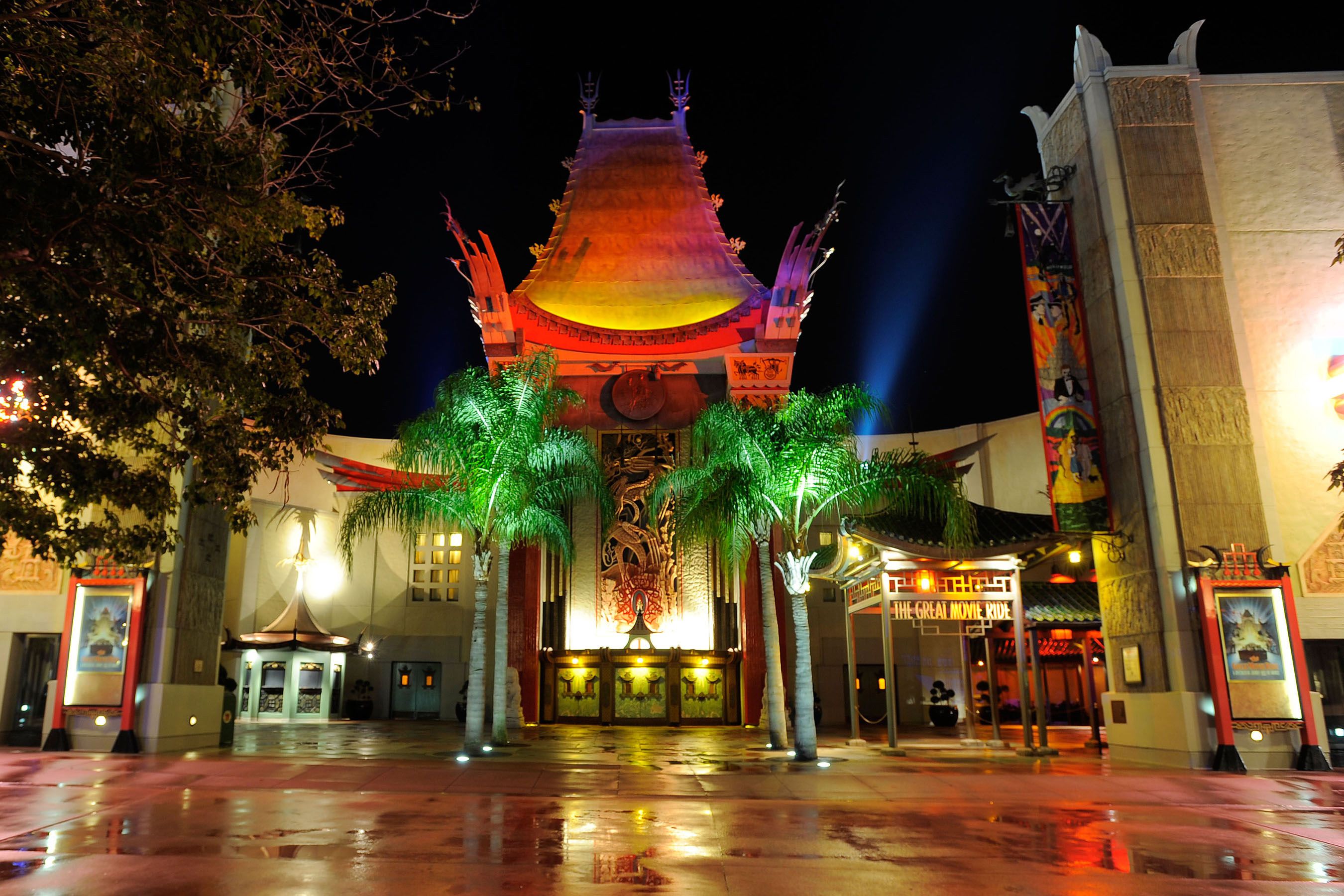 A unique feature of The Great Movie Ride, which closed its doors on August 13, 2017? You didn’t exit the attraction directly into a gift shop. We’ll be okay with that welcome omission once the new dark ride, Mickey & Minnie’s Runaway Railroad takes over. Fingers crossed.

There was a time when EPCOT Center was considered “the educational park.” Some folks found it dry and school-like while others loved the ‘edu-tainment’ aspect of the attractions, and Universe of Energy was one of the major hits—and misses. In its original form, it was much more documentary style, heavy on the science and light on the laughs. The most ‘entertaining’ segment of the 45-minute show was the dinosaur diorama, and the attraction became known as “the dinosaur ride.”

In 1996, Ellen DeGeneres and Bill Nye took over. The attraction was renamed Ellen’s Energy Adventure, and it turned what some felt was the perfect attraction for a good nap into a popular ride guests found more engaging. But, apparently, not engaging enough, because it also closed on August 13 and will reopen with the not-at-all-Epcot-but-definitely-Hollywood-Studios theme of Guardians of the Galaxy. We weep sad, silent tears. 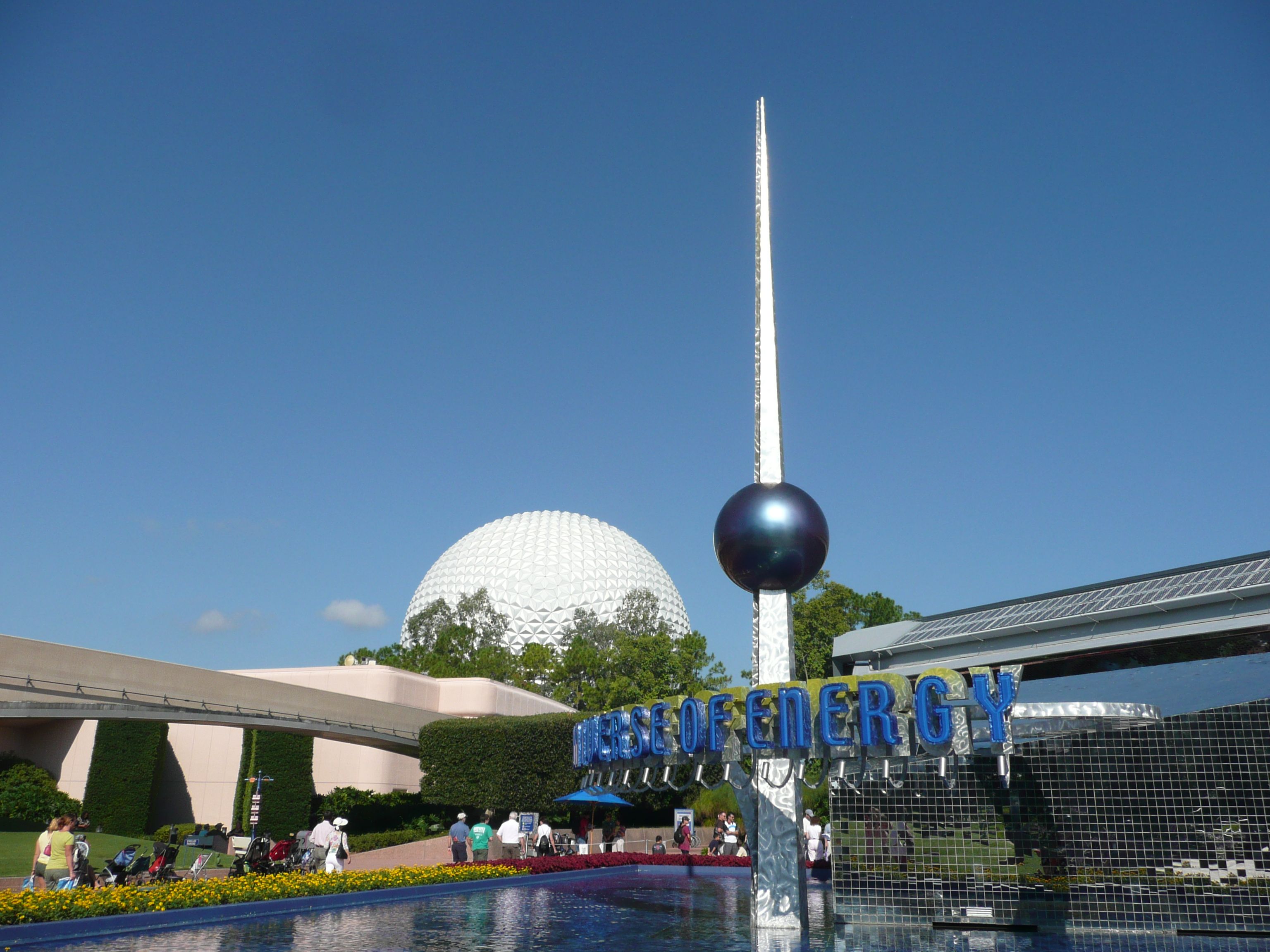 The current trend toward repurposing existing buildings or replacing popular experiences isn’t new. If you visited Epcot pre-millennium, there is one experience (two if you count the Sea Cabs, which we do) you probably haven’t forgotten, both for its “WOW” factor and for the fact it was so simple, but so ridiculously convincing. What was it? Say it with us….“The Hydrolators!”

After a short pre-show movie, guests boarded “hydrolators” (elevators that descended through water) which took them to the sea cabs that trundled through a clear tube to Sea Base Alpha. And as thrilling as being at the bottom of the ocean was, it was the hydrolators everyone loved. As they travelled downward, bubbles could be seen rising upward outside small windows, and the floor shook with the effort of the building pressure from the sea. More than one guest was sure their ears popped from the pressure. And more than one guest was surprised to hear the hydrolators literally went nowhere. It was the old switcheroo: enter through one door, exit through another, and you’ve gone from a lobby to Sea Base Alpha. Utter brilliance. 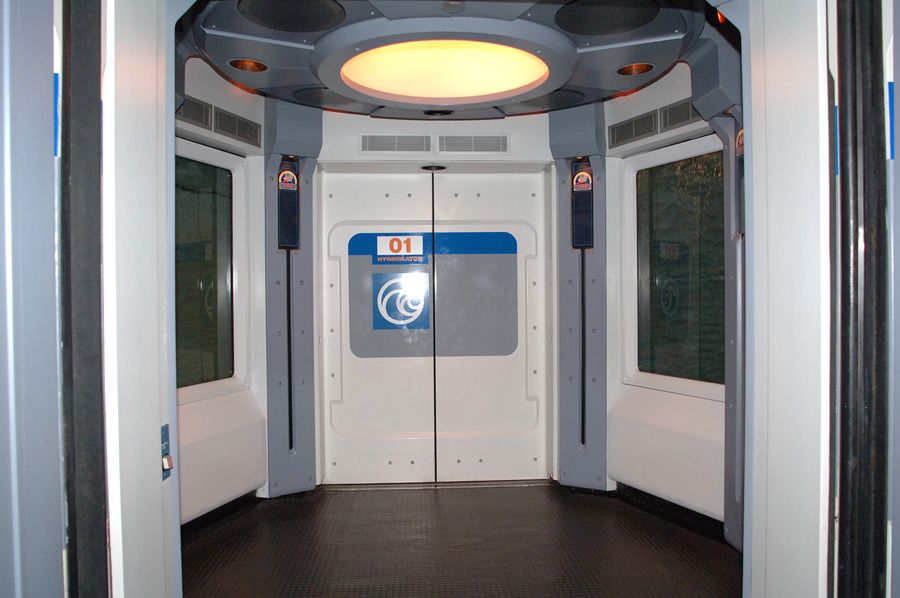 Some beloved characters have gone, too. Not the classic Disney characters, but the ‘people’ who inhabited Epcot in keeping with Walt Disney’s desire that his cartoon characters not be present in the park (yeah…that worked). Figment’s human companion, Dreamfinder, the tiny robot Tom Morrow, and Off Kilter, the much-loved Celtic Rock band from the Canada pavilion, are no more. We still can’t talk about The Mime who warmed up the crowd before SeaWorld’s Clyde and Seamore Take Pirate Island show without a catch in our throats. 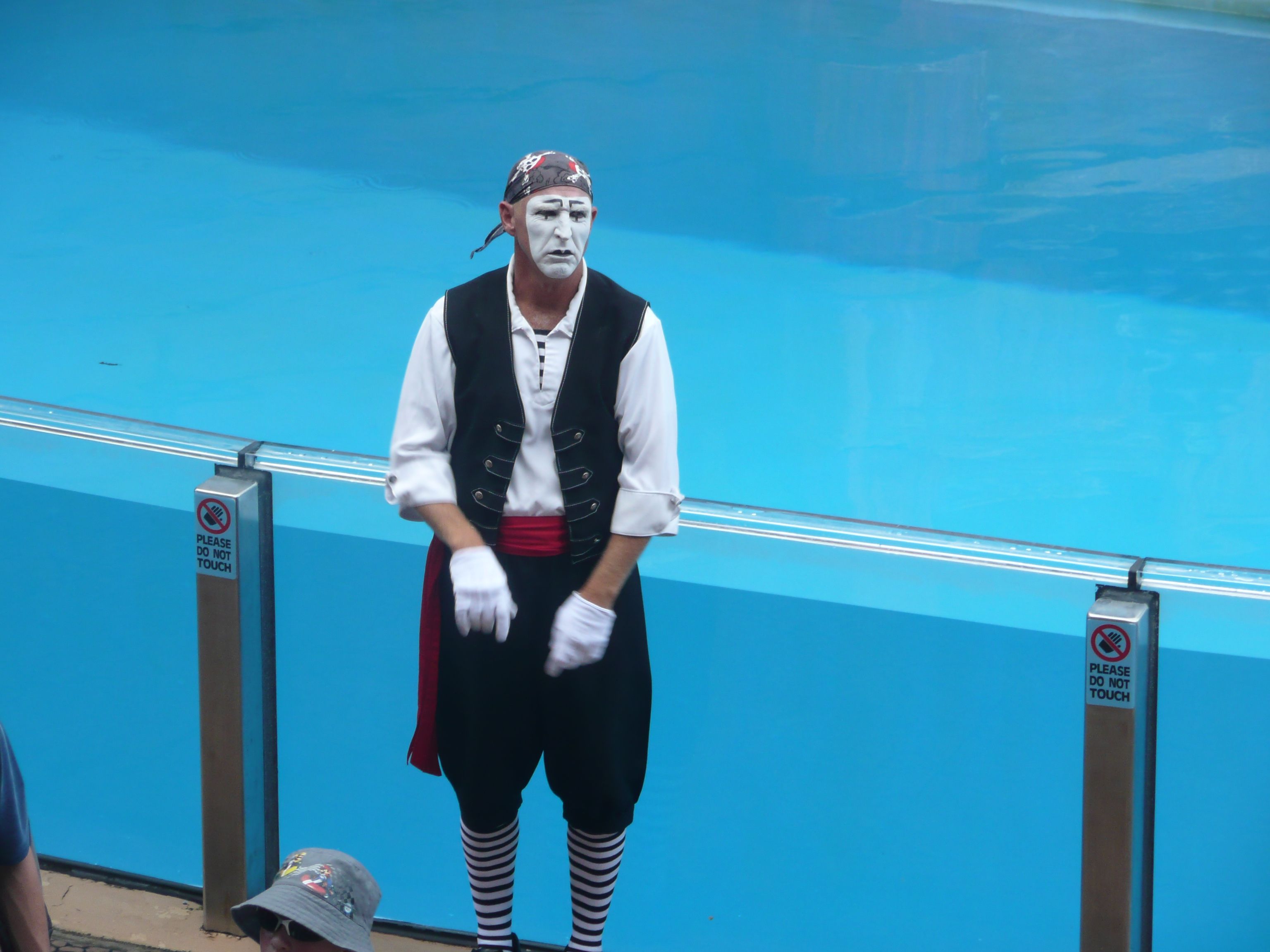 Guests knew they loved the amezaiku artist, Miyuki, who created the most incredible candy animal figures from soft rice dough outside the Japan pavilion in Epcot, but most were unaware she was one of only a tiny handful of artists left in the world who had perfected the craft. Or that the quiet, humble woman who delighted children with her free (!) candies was known world-wide. Her graceful skill, and her sharing of an art form from the 1600s, is sorely missed. 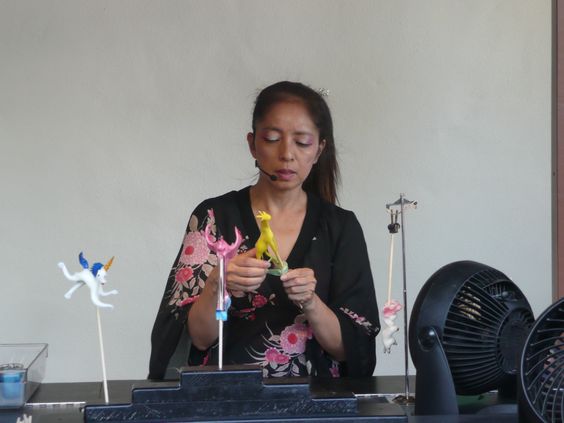 Disney isn’t the only company that changes for the sake of progress. Arguably the most convincing environment at Universal Orlando, long before the arrival of Diagon Alley and Hogsmeade, was Kongfrontation. Guests entered dirty, graffiti-covered Pennsylvania Station, and soon after, a warning blared from overhead televisions: a 40-foot ape was loose in Manhattan. Want any hope of living? The Roosevelt Island aerial tram was your only escape. What could go wrong?

And then the chaos started.

Carnage was everywhere as Kong rampaged through the streets, tearing electrical wires down and overturning cars and trains—and trams that left before yours— as helicopters buzzed him at close range and his fury increased. Then, the moment everyone remembers: as he grabbed your tram and bellowed, guests were blasted with banana breath.

Once your ride was safely over, Kong turned into a relatively friendly ape who allowed you to stand inside his fist and have your picture taken. Today, you can find him at Skull Island in Islands of Adventure, and while it’s a terrific ride, the deep emotional connection to Kongfrontataion leaves us with tender feelings that are still just a bit raw. 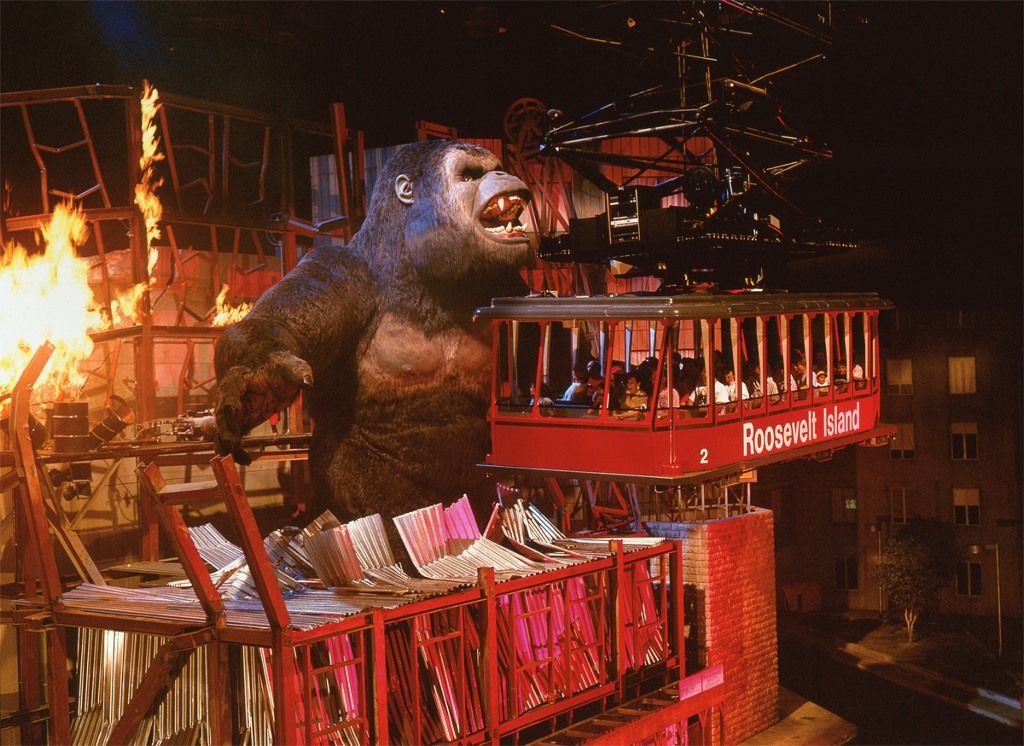 It’s hard to decide which is better: The Simpsons Ride or the building’s original tenant, Back To the Future, but our sentimental favourite is Marty McFly and his amazing DeLorean. Sure, it rattled your brain for an hour or so after your ride ended, but who can forget flying through the clock tower and dodging an angry T-Rex? 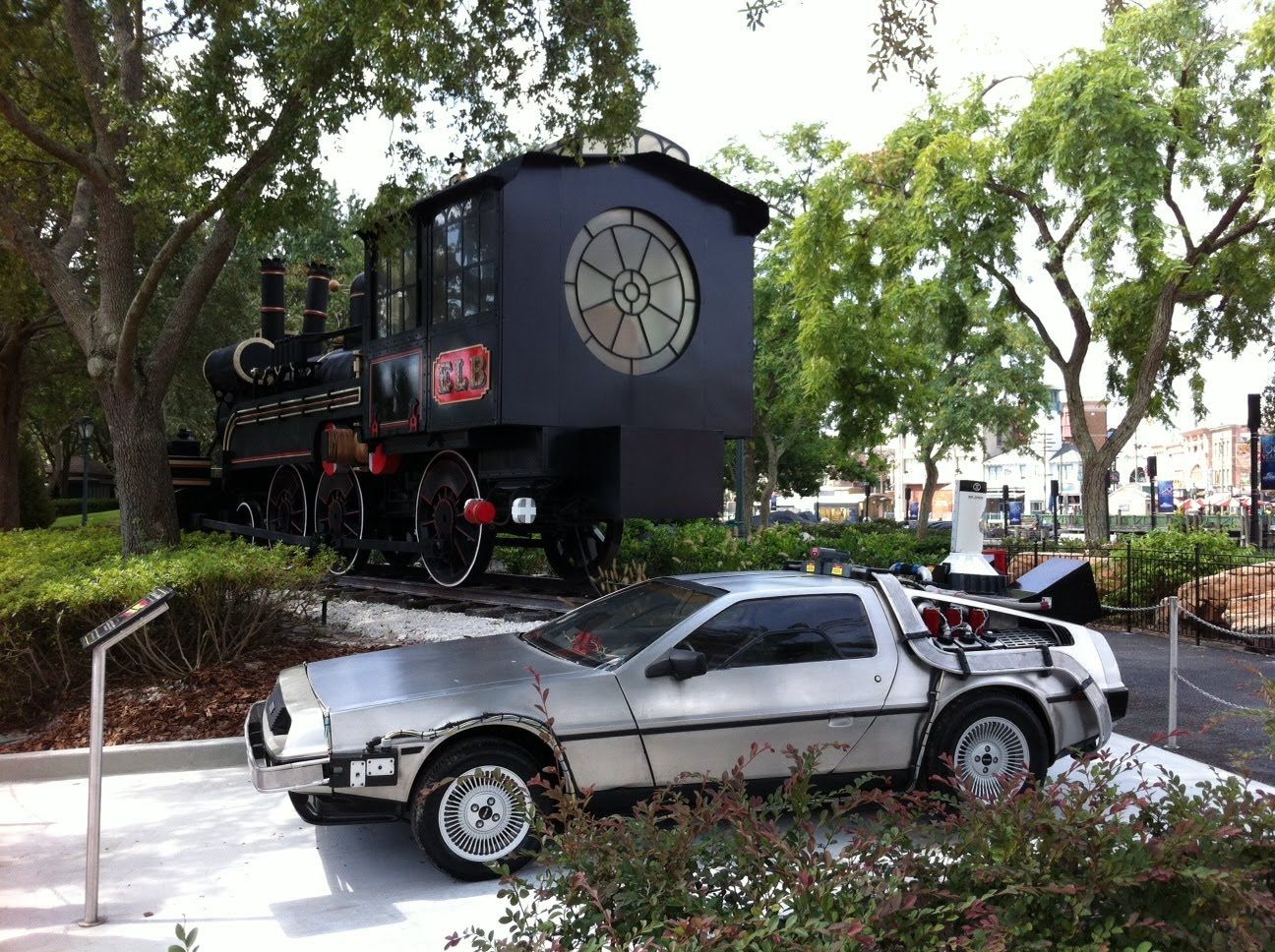 And then there’s Jaws, the gruesome attraction that scared the livin’ daylights out of adults and children alike. We’d lament this loss, but if it hadn’t gone the way of the megalodon (a prehistoric shark…) we wouldn’t have Diagon Alley, so we’re going to quietly mourn in a corner and secretly thank Universal for the single most immersive ‘land’ in Orlando. 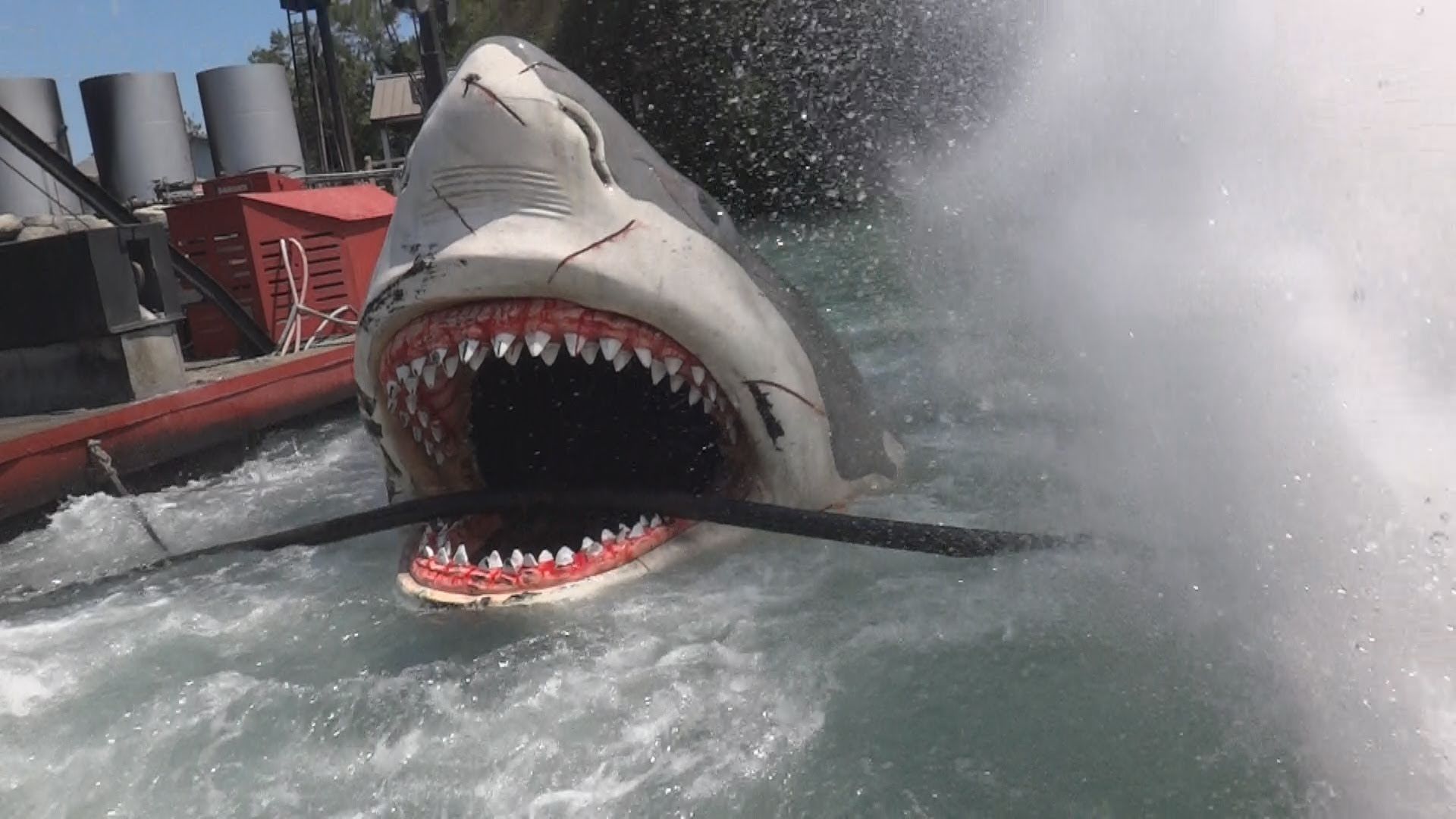 Shall we talk about the removal of the beloved Horizons for Mission: SPACE? Or Maelstrom for Frozen? Or *whimper* Adventurer’s Club? Or Blue Horizons? Or—horrors!!—the complete removal of the brilliant Tapestry of Nations Parade? Nope. It’s too soon. It will always be too soon. 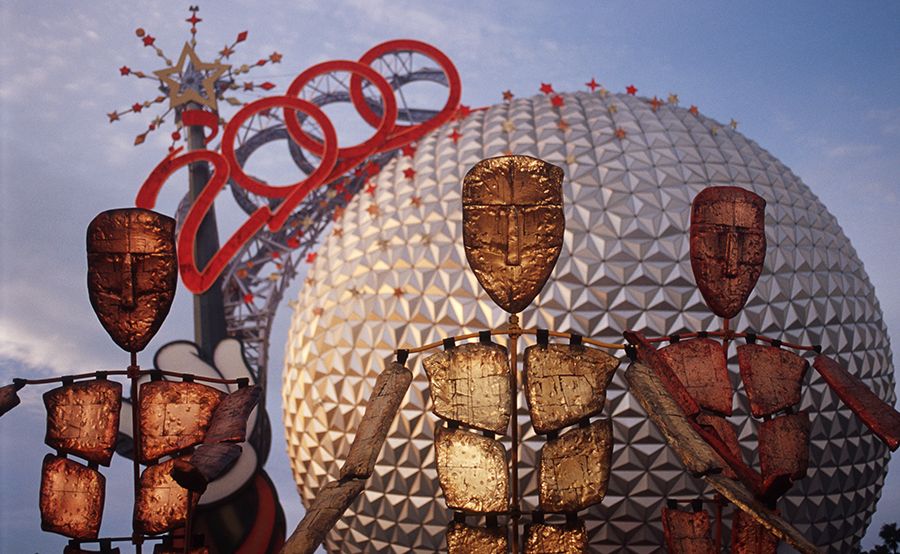 If you’re a long-time Epcot lover we have one final memory for you, and this one we’ll share in just 6 words: “fruit fruit, vegi vegi, fruit fruit”. Yup. It was the song everyone remembers from Kitchen Kabaret. Which became Food Rocks. Which became Soarin’.

And with that, we leave you with the idea that, while we miss some of the brilliant attractions this immense experience we call Orlando has given us over the years, Soarin’ and Diagon Alley prove that change isn’t all bad!

What were some of your favorite but now extinct attractions in Orlando? Join us on Attraction Tickets Direct’s discussion forums and tell us what you miss!