Orlando , Expert View Column
By ATD’s Florida experts Susan & Simon Veness
Put together an historic island, blissful beaches, delectable dining and a gorgeous place to stay and you have the recipe for a unique seaside hideaway, even by Florida’s high standards. It’s called Anna Maria Island, and it’s increasingly popular with locals and visitors alike.

The beaches of the Sunshine State are no big secret. After all, more than 100 million visitors a year head here, and the hundreds of miles of sugar-white sands are one of the prime attractions. But the smaller destinations are now front and centre – and well worth knowing about.

In the past, we’ve told you about Gulfport near St Petersburg, Stuart on the Atlantic coast north of West Palm Beach and Amelia Island in the north-east. Now it’s time to consider this small island – just seven miles long and barely a mile wide – on the Gulf Coast just west of Bradenton.

To start with, it is only 50 miles from Tampa International Airport and 125 from Orlando, hence it makes a great twin-centre option after all the fun and excitement of the theme parks, and Anna Maria Island is a true chill-out opportunity in beach terms. 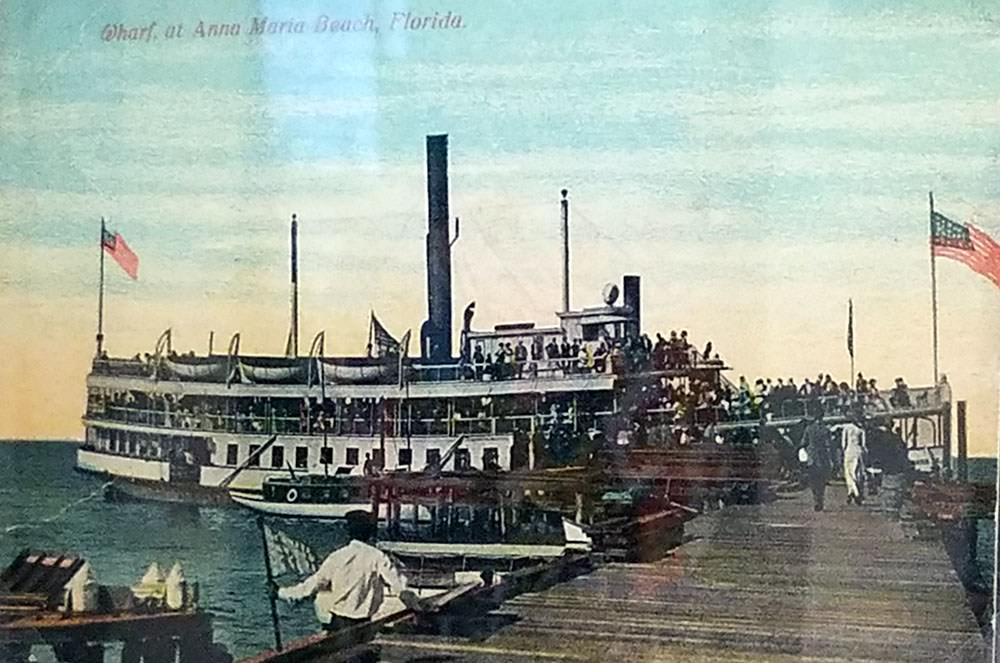 Historically, the island was one of THE great tourism hot-spots going back 100 years or so. The City Pier (built 1911) welcomed daily steamers from Tampa, Bradenton and Sarasota, each packed with the tourists of the day. Just as it is today, the main attractions were the pristine beaches and plentiful fishing opportunities.

Sadly, the Pier is currently in a major state of disrepair as a result of Hurricane Irma last September, which scattered large chunks of it into Sarasota Bay, but a major rebuild is under way and aims to be finished by the end of 2019.

That shouldn’t stop anyone heading to the Island in the meantime, though. Unlike 1911, it is now connected to the mainland by bridges from both Bradenton and Sarasota, the latter via Longboat Key. It consists of an agglomeration of small towns (they call them cities but there is nothing remotely urban about them!) – Holmes Beach, Bradenton Beach and Anna Maria. 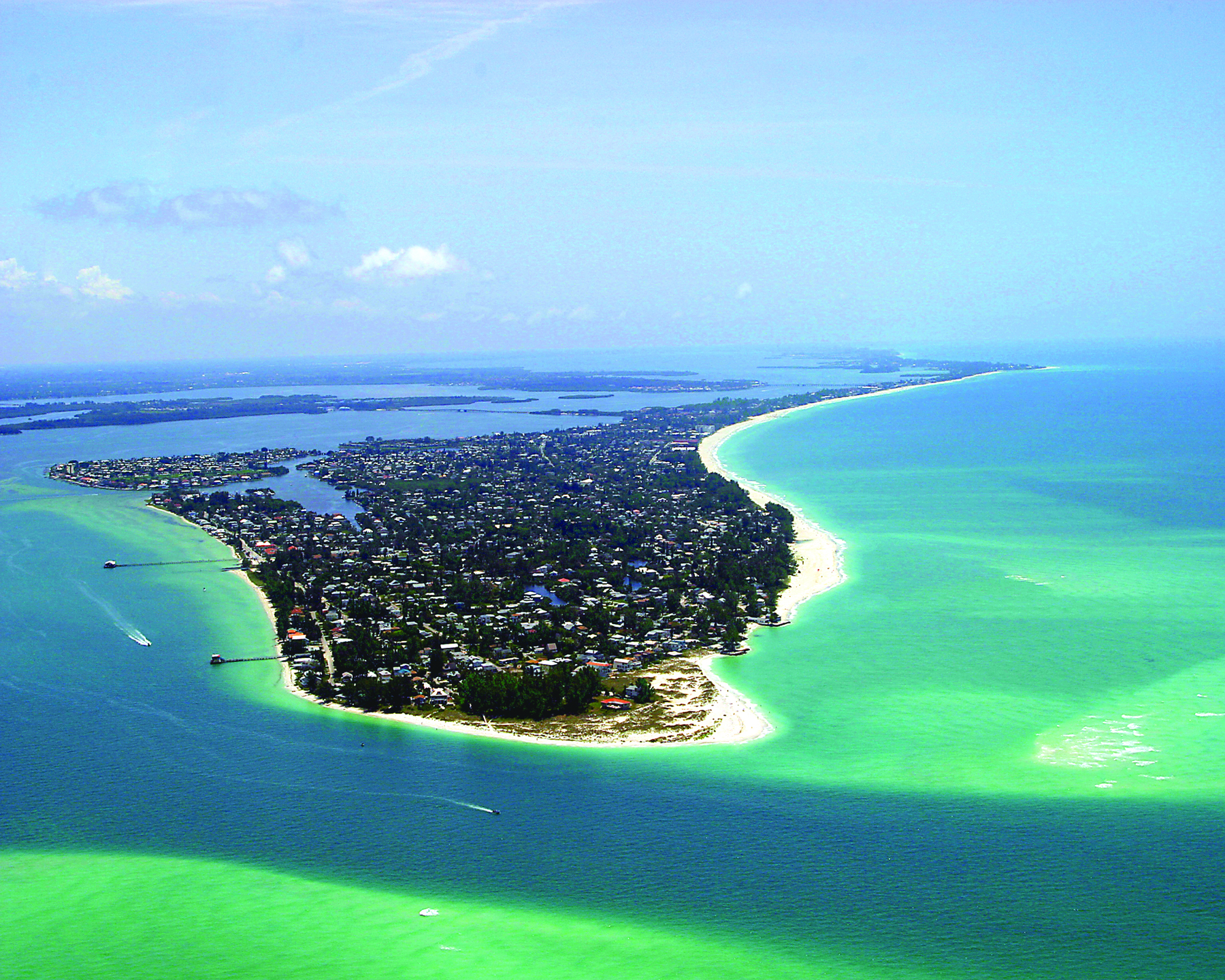 Driving directly from Bradenton brings you to Holmes Beach in the middle of the island. Turning left takes you to busy Bradenton Beach at the southern end, which is the epicenter for the weekend locals but also much of the evening activity on Bridge Street. Turning right takes you into the heart of the older part of the island, the quieter, more distinguished end.

The first thing that will strike you about Anna Maria is the height of it. Or, rather, the lack of height. Island ordnances decree that no building can be more than three storeys tall, hence this is one of the most low-rise developments in Florida. This is also the place to park your car and leave it for the duration of your stay. There is only one main road north-to-south, and car parks are few and far between.

Instead, there is the free Island Trolley, a local tram service that does the rounds of all the main spots from 6am to 10.30pm every day and is about as reliable as it gets. Alternatively – or after hours – you can call up the Monkey Bus, a fleet of small-scale buses, carts and electric cars that work purely for tips and respond to a quick call almost anywhere on the island. 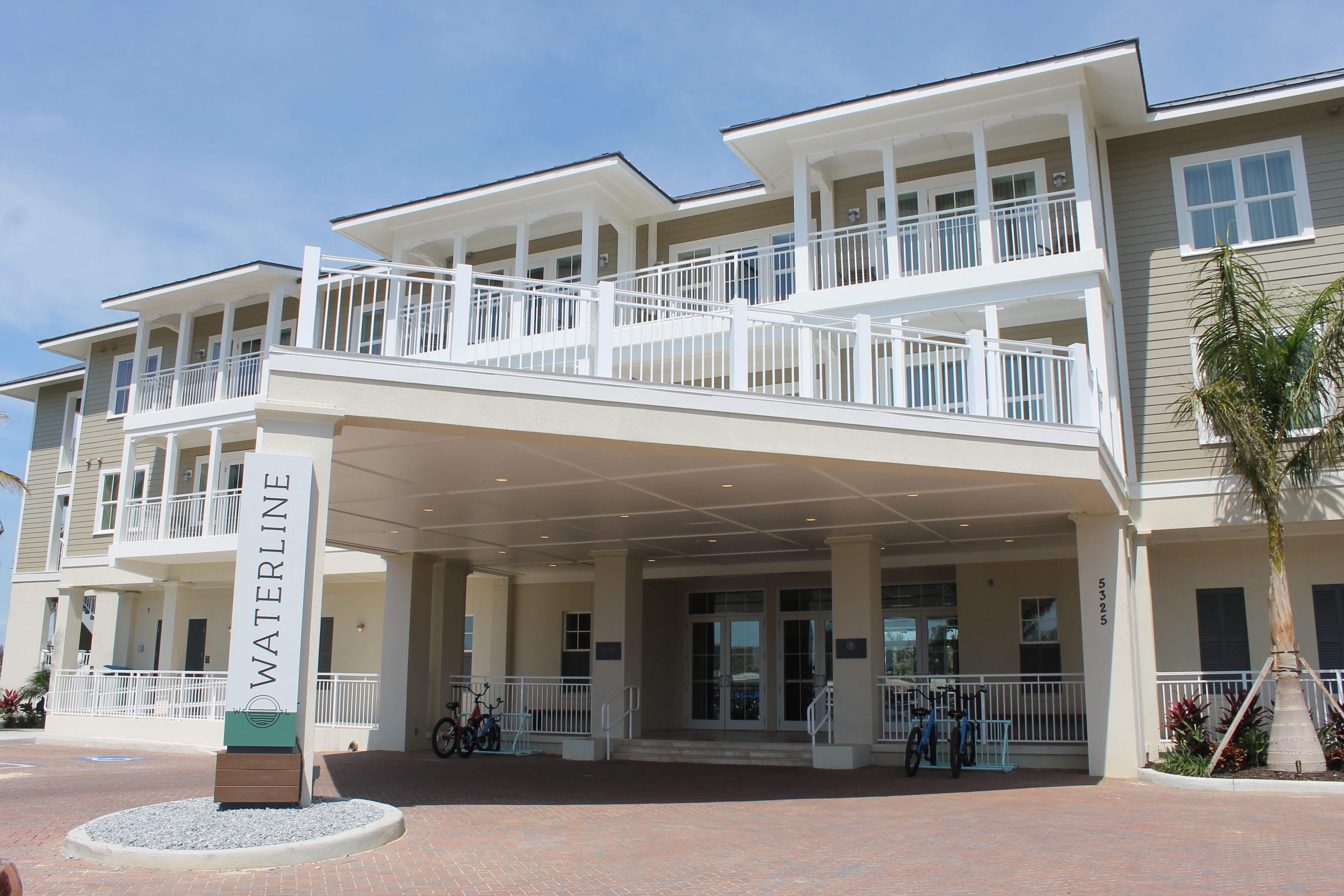 You’ll also want somewhere to stay, as this is definitely the place to drop in and chill out for a few days. A week is probably enough to enjoy all the delights of the island, but there is definitely plenty to see, and lots of charming places to frequent. To that end, we heartily recommend the Waterline Marina Resort & Beach Club, on lower Gulf Drive.

Here, with gorgeous (and amazingly spacious) self-catering rooms, you have the ideal bolt-hole at the end of the day as well as a great restaurant and bar in Eliza Ann’s Coastal Kitchen. It has its own beach access (via its dedicated trolley service), and extra amenities like kayaks and paddleboards. 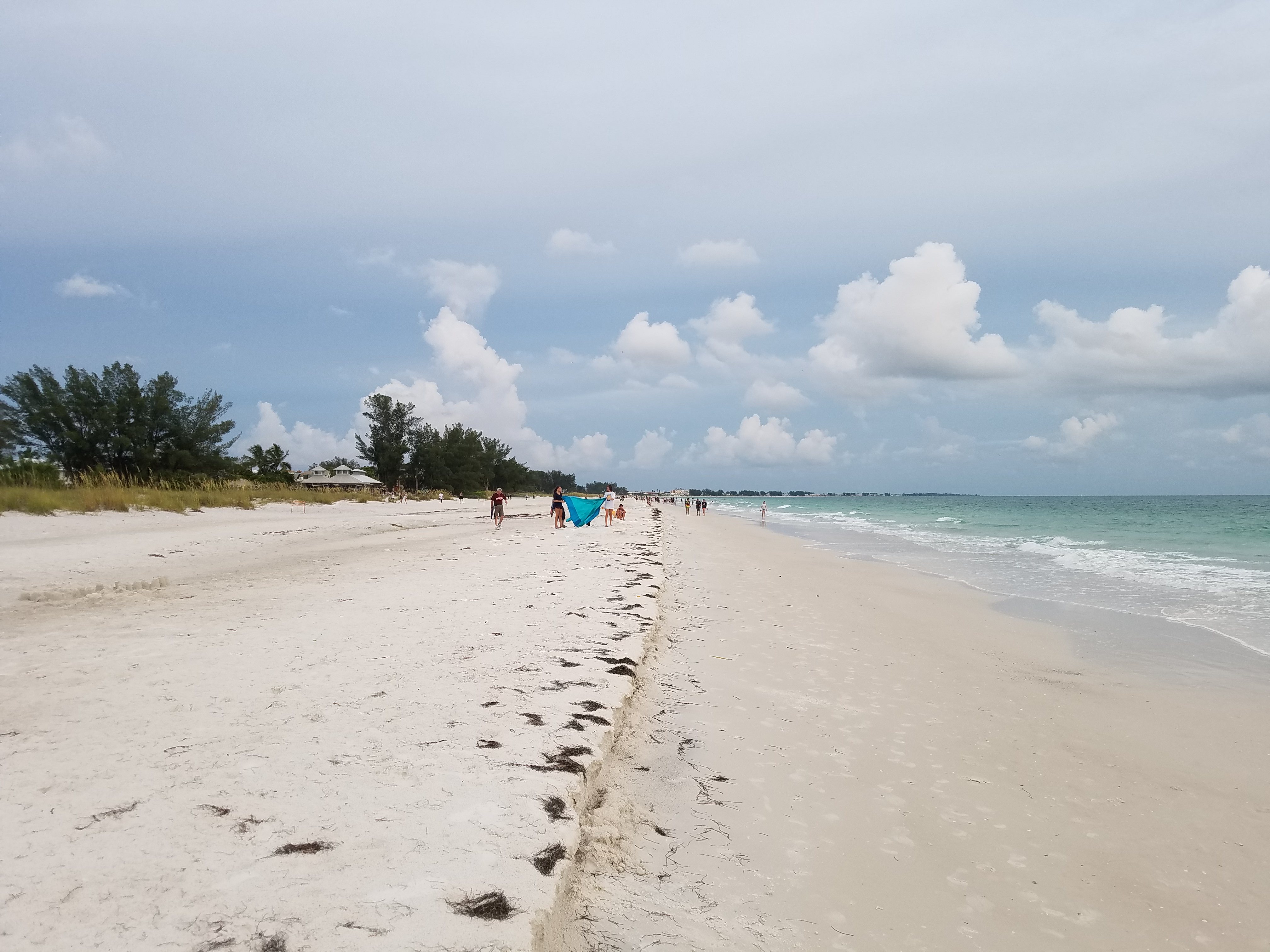 The beaches on the northern end of the island are also the most secluded, from tranquil Bean Point at the top, south to Palmetto Avenue Beach and finally Manatee Public Beach at the beginning of Holmes Beach. You simply can’t go wrong on this stretch of coast, and you can walk for miles in either direction. The biggest beach, though, is Coquina Beach, which basically covers the lower half of the island and is one of the most family-friendly stretches of sand, with lifeguards, restrooms, picnic area and several pleasant cafes.

From the beach you can often see dolphins playing in the (light) waves or manatees lolling next to one of the piers, while there are also a dozen or so fishing charters you can try to sample the great array of angling opportunities – just as they did in the early 20th century! 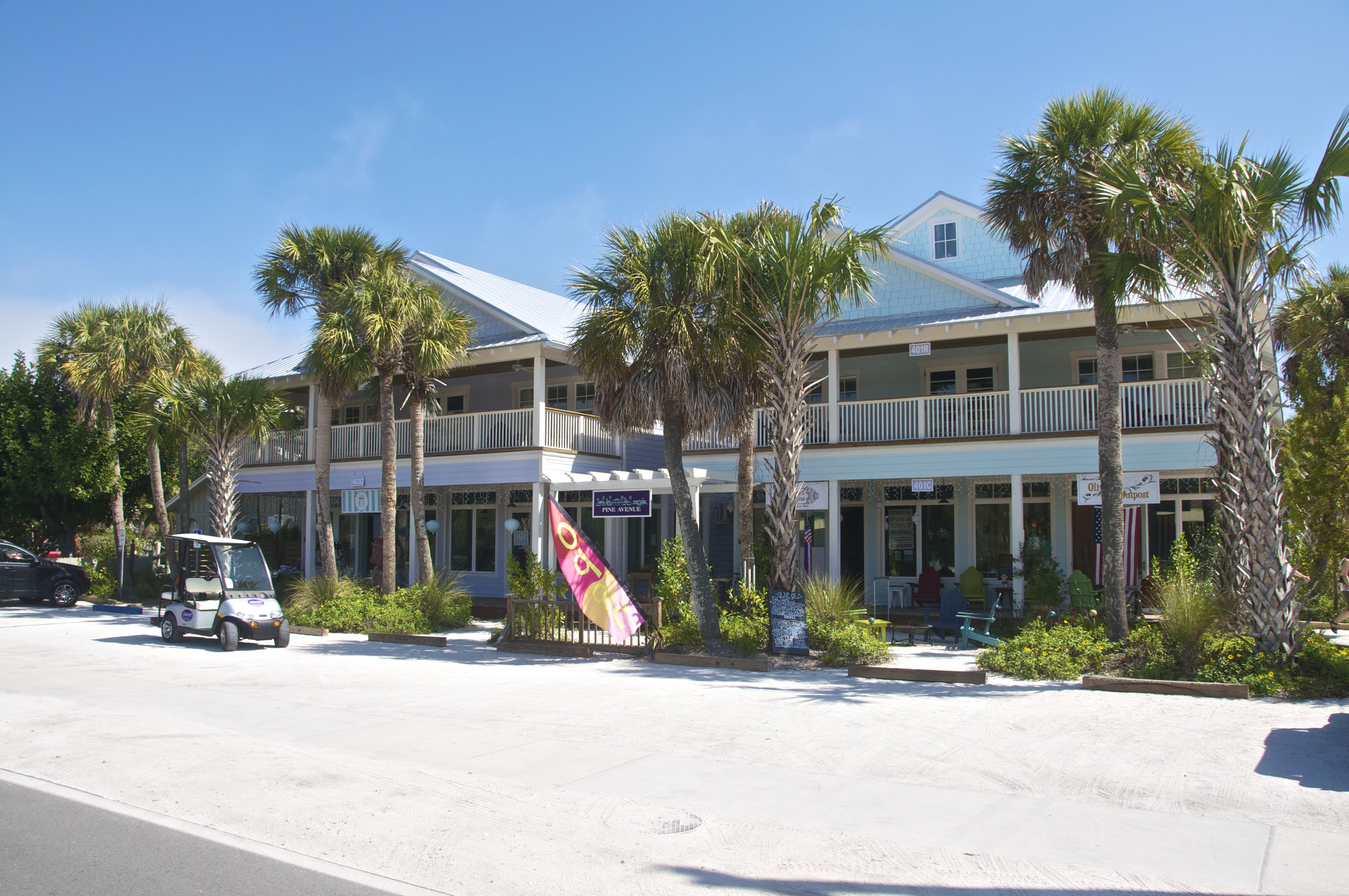 There are a surprising number of cute shopping possibilities, too, spread over the length of the island but concentrated along Bridge Street and Pine Avenue, with the former more touristy and the latter designed as much with locals in mind. In fact, the Pine Avenue area is a wonderful example of modern, sustainable eco-tourism, as it features energy-saving systems like rain-water capture, solar power, drought-resistant plants and free electric vehicle charging stations.

Full of boutiques and cafes, it also features the super little Anna Maria Historical Society Museum, where you can see the island’s history laid out in graphic detail, the 1913 Roser Chapel and the Historic Green Village, a mixture of modern and 100-year-old buildings that have been melded into Florida’s first Zero Net Energy campus, featuring a general store, deli, Hometown Desserts cafe, art gallery, gift shop and bike rentals. 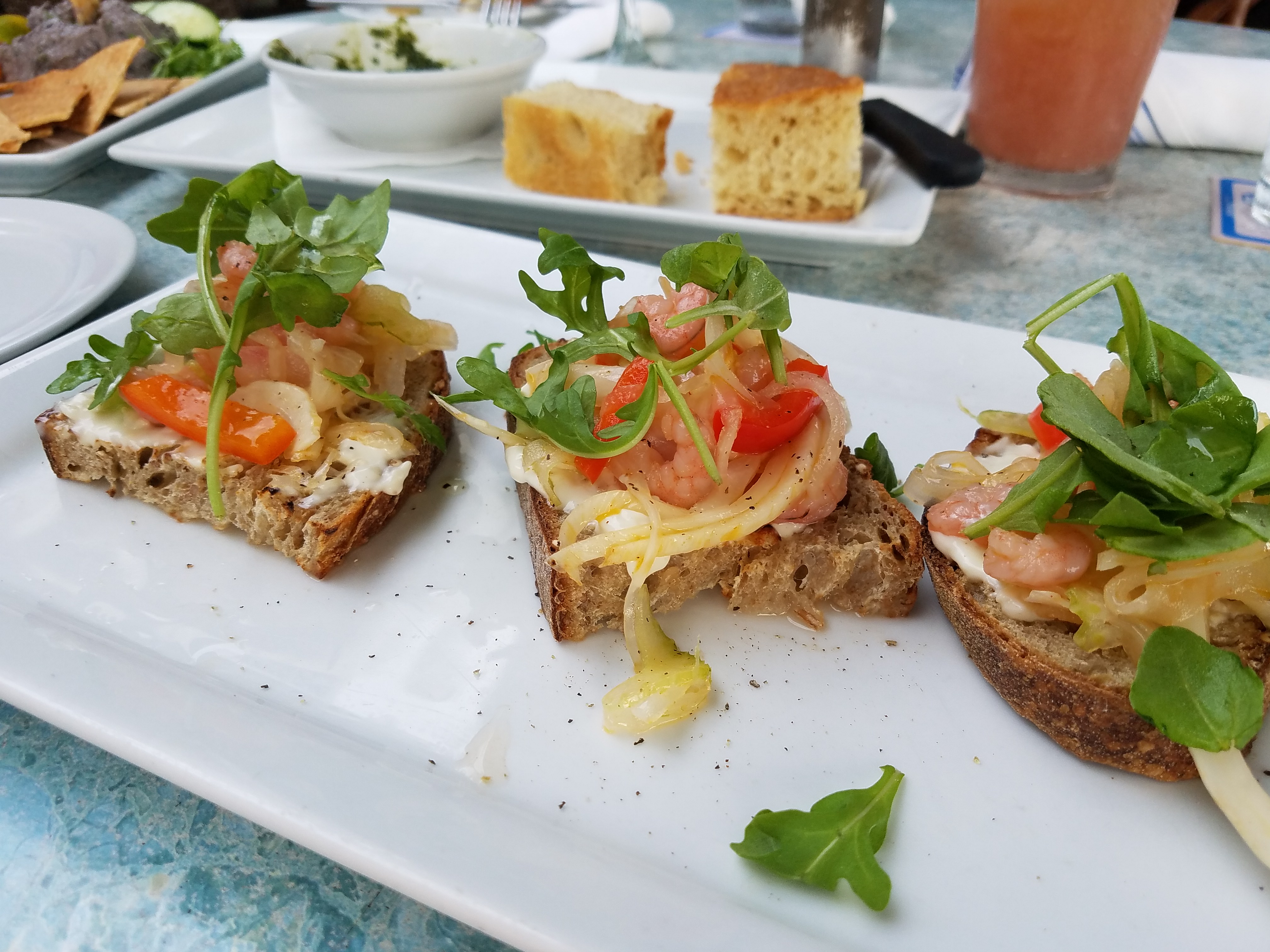 Finally, there is the dining, and this is another feature Anna Maria Island does really, really well. From the down-home Donut Experiment shop on Pine Avenue to the fine dining of Eliza Ann’s and the Beach Bistro in Holmes Beach, there is a terrific variety, and most of it is enormously tempting. Don’t be afraid to try the locals’ favourites of Poppo’s Taqueria on Pine Avenue or The Ugly Grouper in Holmes Beach, and definitely sample two of the most iconic restaurants.

The Beach House in Bradenton Beach is a great family beachfront hangout with excellent food, superb views and ideal sunset vibe (with a cocktail or two), while you can kick it up another notch at The Sandbar, Anna Maria’s historic lunch and dinner spot. Originally the Bathhouse, for all those visiting tourists to change into their swimming cozzies from 1911-30, it became a diner in 1946 and meandered on its merry way until 1979, when new owners took over and extensively modernised the ramshackle place. 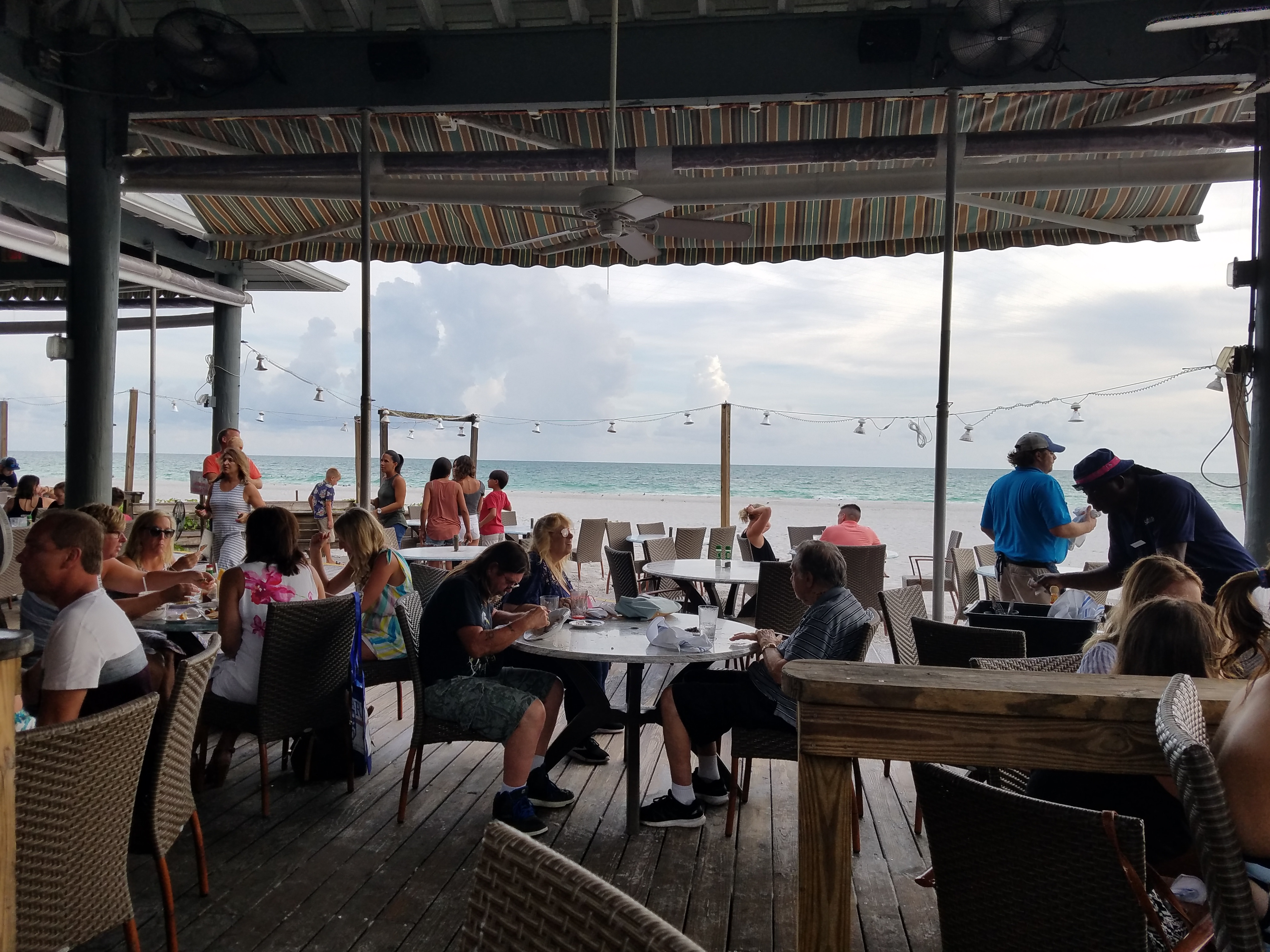 Now it is the quintessential chic beach restaurant, with a handful of tables on the sand, and more on the covered terrace as well as inside in the air-conditioned cool, every one with great views of the Gulf. The food is unfailingly fresh and local, and the seafood-based cuisine varies from typical Floridian favourites to gourmet specialities like Crab & Caviar and succulent Islander Scallops.

You can probably tell that we dined well and were heartily impressed! But the bottom line is that Anna Maria Island is a wonderfully surprising discovery that has a LOT packed into a small area. And you’re going to want to see it all!

Want to know more about Anna Maria Island and the wonderful Florida coast? Come and ask your questions – or tell us your experiences – on the ATD forums!