Get A Taste Of Orlando’s Booming Breweries

By ATD’s Florida experts Susan & Simon Veness
It’s no surprise to know that beer is big business in the US. After all, breweries don’t come much bigger than Budweiser, Miller and Coors, a high-profile trio that continue to be associated with everything American when it comes to sinking a pint or three.

But did you know that independent craft breweries now make up almost a quarter of beer sales in the country, and that Central Florida is one of the epi-centres of this development, a veritable House of Ale Repute?

Yes, that’s right, if you’re visiting Orlando, Tampa or one of the other main cities in the region, you will have a positive plethora of hoppy delights to tantalise your tastebuds with, while new micro-breweries are opening up all the time to fuel this thirsty passion for fermented cereal grains.

Okay, if all that sounds a bit melodramatic, it’s meant to be. This is not your daddy’s beer scene, where Budweiser proclaimed itself “the King of Beers” and Pabst Blue Ribbon was “an American icon.” Just as we Brits learned to realise that Double Diamond didn’t “work wonders” for anyone (except the Ad-men) and that Carlsberg wasn’t “probably” the best of anything, let alone lager, so the US has embraced full-flavoured alternatives to the big brands that have dominated TV commercials for decades. 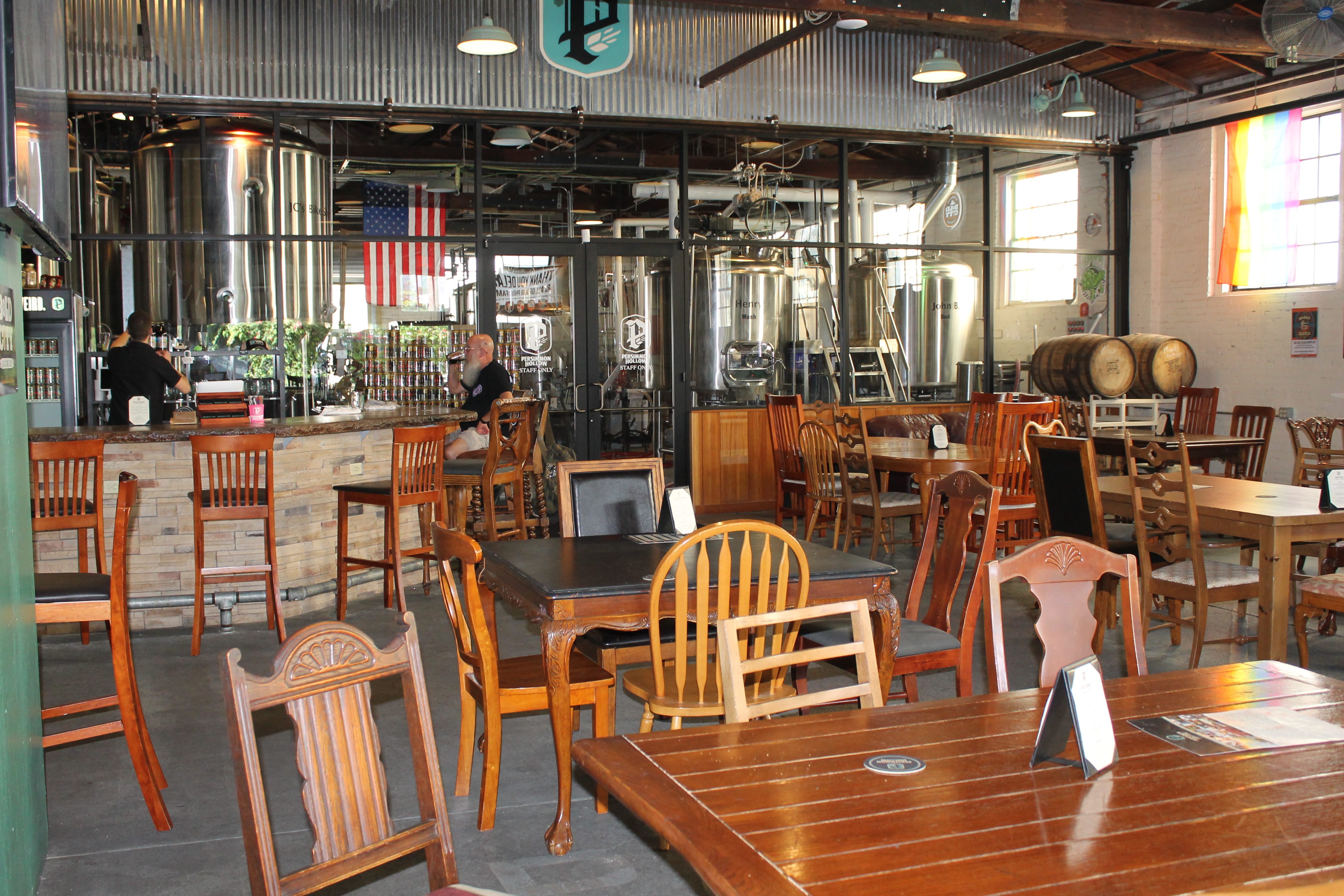 As regular readers might know, this is a drum we have been banging for more than 10 years in an effort to wean visitors off Bud and Miller Lite (two of the biggest offences to the definition of ‘beer’ in recent history) and turn them on to the many craft breweries that are now on offer.

And, as if in perfect harmony with this new-look, ale-inspired scene, there is now the Central Florida Ale Trail to both highlight this phenomenon and provide ready access to it, with an at-a-glance guide to the amazing array of craft beers and, more importantly, where to find them.

For the city of Orlando, it all began back at the turn of the (21st) century, when a bunch of cerevisaphiles (and, yes, that really is the word for beer aficionados. You can look it up in the Urban Dictionary) got together to create their own idea of “high quality” ales and lagers in downtown Orlando. To them, that meant sticking strictly to the Reinheitsgebot, which, as everyone knows, is the German Purity Law of 1516, and basically means beer is a strictly organic product (Budweiser, Carslberg, et al, take note). 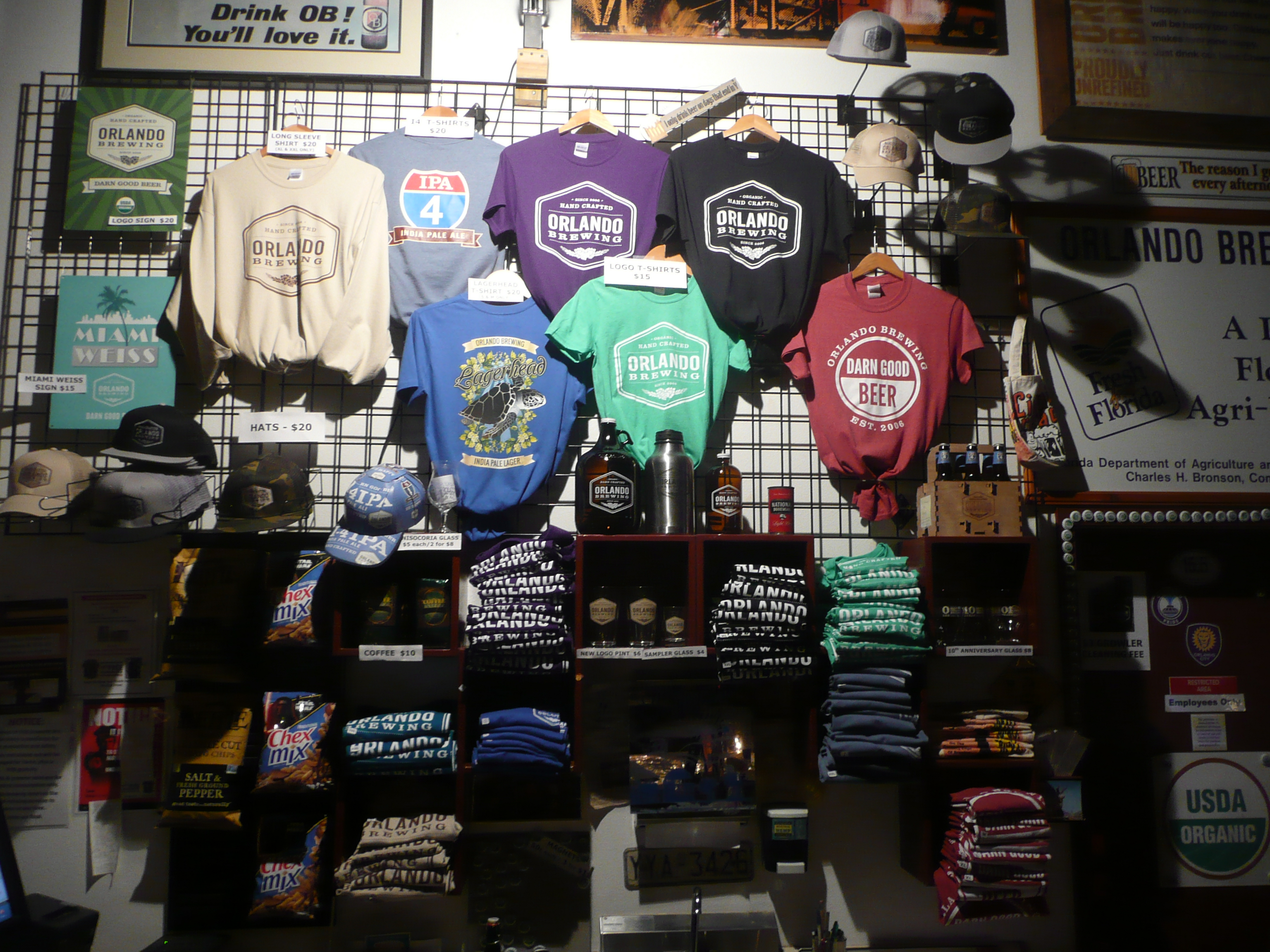 The Orlando Brewing company, on Atlanta Street, now produces some 20 regular and seasonal beers, from their signature Blonde Ale and Right-On Red to a Pumpkin-Spiced Stout and Olde Pelican English Pale Ale, and they offer daily (free) tours from Monday to Saturday at 6pm to introduce you to their wares, which are now widely on offer at bars and restaurants throughout the area.

If that was the starting point, there are now 25 (and counting) craft breweries dotted around the Central Florida landscape, from Persimmon Hollow in DeLand (seek out their 3 Wise Guys for a great coffee porter), tucked neatly into this town’s rapidly-growing appeal, to the brand new Suncreek Brewery in Clermont, which brings in east Kent hops for several of its beers and boasts a great New Zealand-inspired blonde ale. 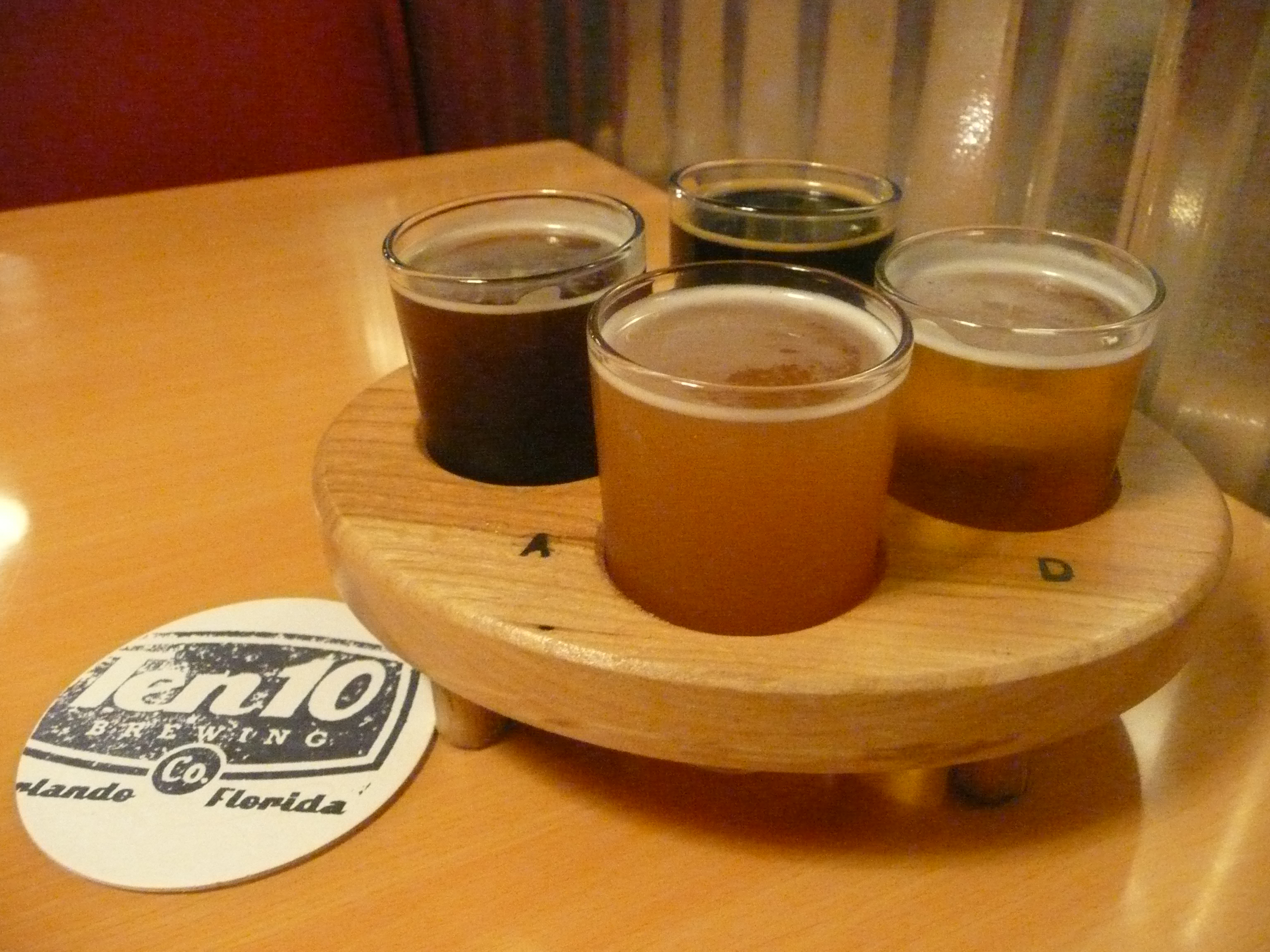 In between, the likes of Ten10 Brewing Company, which introduces visitors to the happening, funky Mills 50 district of Orlando and their signature Brown Ale, as well as some tasty root beers and a surprisingly good small-plate menu, and Redlight, Redlight, which has been around since 2005, serve to highlight the great variety on offer that now includes things like mead and cider as well as an astonishing array of IPAs.

One outlet has grown up almost literally in the shadow of Orlando City Soccer Club, combining two breweries, Broken Strings and Black Cauldron, as the Broken Cauldron that features distinct fan-related brews in their Ruckus Red and Purple Mane ales, as well as a delicious IPA and Russian Imperial Stout. 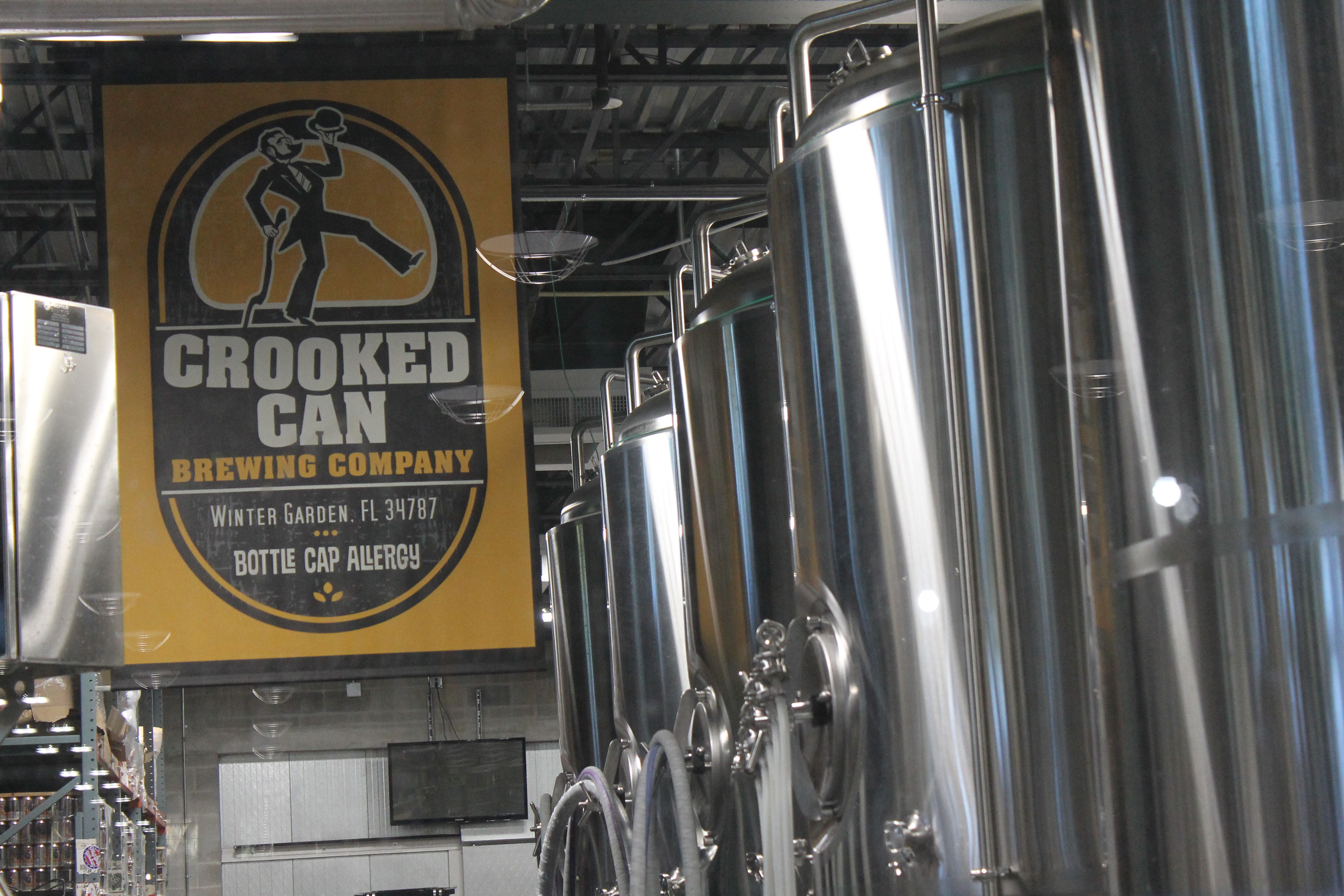 Of course, we couldn’t let any discussion about local breweries pass without mentioning our ‘local,’ and now a highlight of the city suburb of Winter Garden, which is fast becoming an attraction in its own right. The Crooked Can Brewing Company is a cornerstone of the fabulous Plant Street Market and a great place to hang out, either in their taproom, beer garden or Barrel Room. The beers range from the light, crisp Cloud Chaser to the heavyweight Domestic Bliss, a Belgian golden ale that is fully 9.5% ABV. Brewery tours are available every Sunday on the hour from 12-4pm at $5 per person, including samples and a souvenir glass.

Linking all these breweries together is the beer-licious Central Florida Ale Trail, which provides a handy map of all 25 (and counting) locations that are serving up this proliferation of ales. You’re not going to be able to sample all of them in a typical Orlando holiday (unless you are seriously dedicated to the idea!), but you will be able to see where they are located and what’s on offer, as well as enjoy getting off the beaten tourist track to explore some of the districts where they are located. 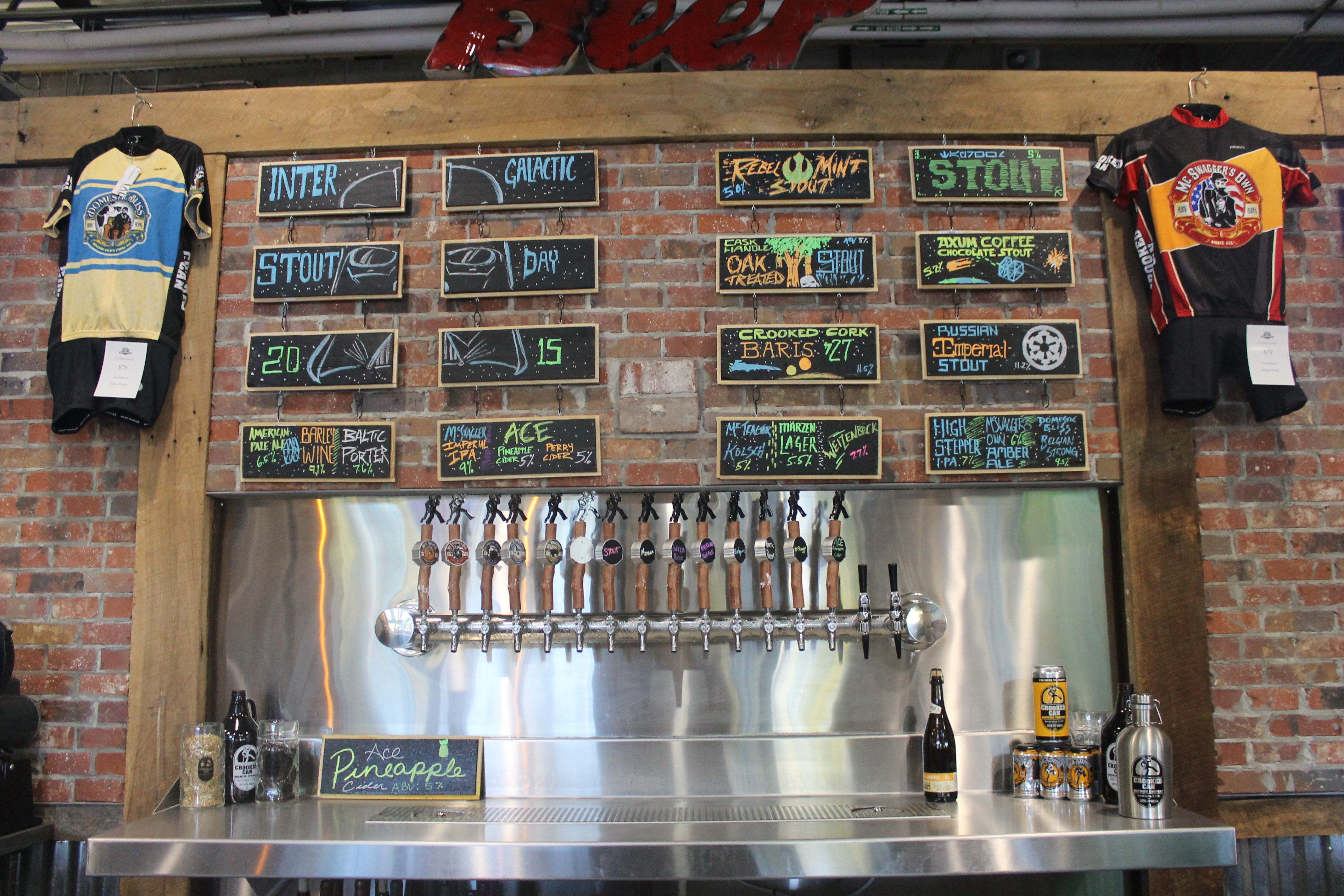 Best of all, each of the breweries on the Trail will be able to provide you with the essential map, and you can get a stamp at each one to show where you have been. Keep it handy for future trips, complete all 25 (and counting), and you will be rewarded with a special growler celebrating your achievement! Okay, so a free half-gallon of beer may not be the biggest incentive in the world, but there in no time limit to finishing the full Trail and it is still a fun prospect.

By the same token, those looking to enjoy a good selection of all this beer tastiness in one neatly-packaged option, and without having to provide their own designated driver, can also sign up for one of the three separate four-hour Hop On Central Florida Brew Tours, which is partnered with the Ale Trail and covers 12 (and counting) of our best breweries in air-conditioned-coach comfort. Can’t decide what to try? Ask for a Beer Flight and sip your way through 4 or 5 different samples of your choice. 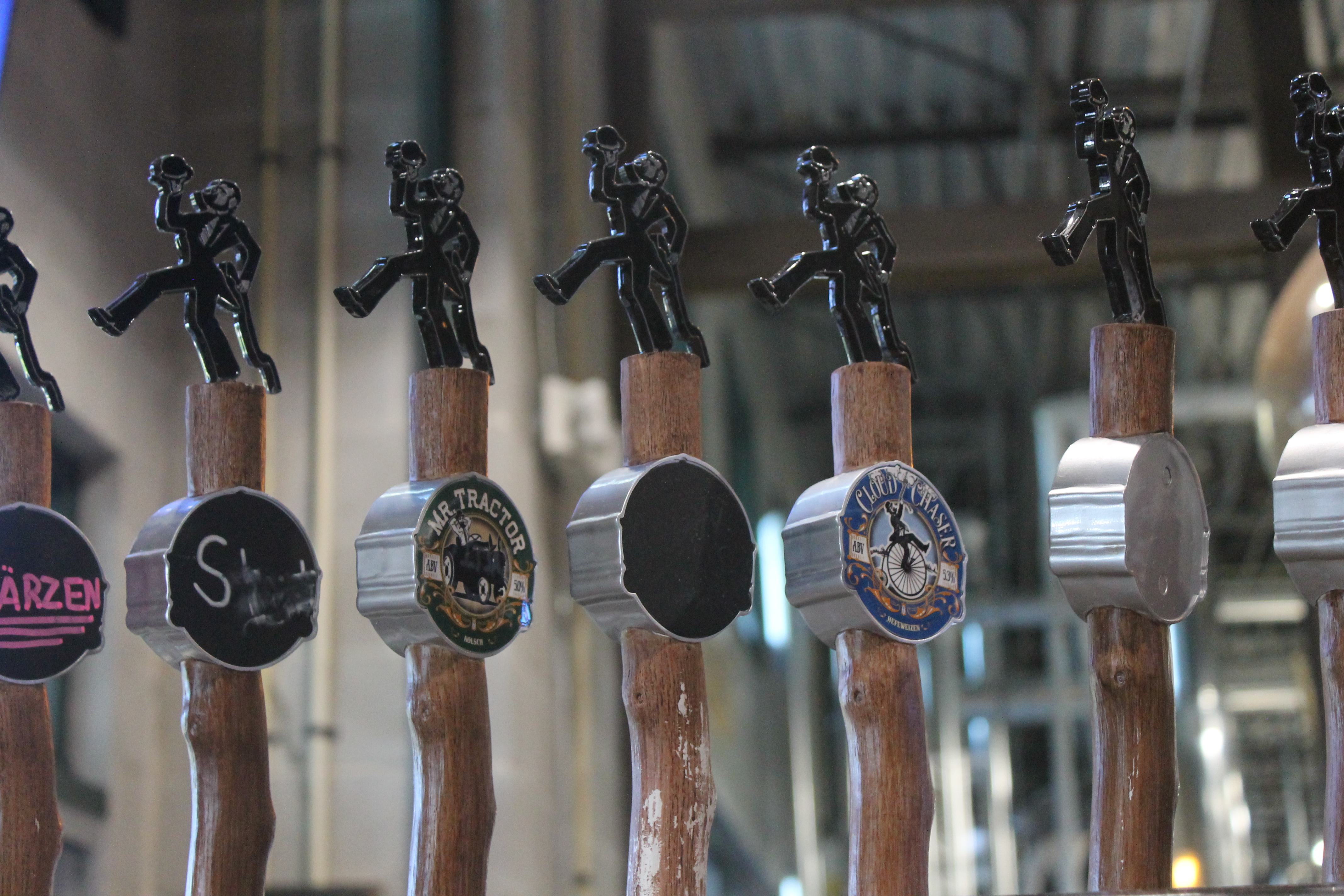 It all adds up to an engaging new way to enjoy Orlando and its ever-growing list of attractions. Who knows, we may even see you at the Crooked Can one day. If so, we’ll be sitting outside in the beer garden with our dog, Ruthie, a black lab who loves to meet new friends. And lick them. You have been warned!

Want to know more about Orlando’s craft breweries or any other aspect of an Orlando holiday? Come and ask your questions – or tell us your experiences – on the fab ATD forums.