By ATD’s Florida Experts, Susan and Simon Veness
The days of boring plaques silently describing some space relic or another are ancient history. The days of passive observation are long gone. Kennedy Space Center is arguably the most interactive “themed park” in Central Florida, with nearly every Mission Zone a hands-on experience. If you haven’t been to the home of “one small step for mankind” in the last year, you’re in for a whole new world.

You don’t have to be a science geek or a space fanatic to get the most out of a visit to Kennedy Space Center, and we often hear visitors say that very thing; they had no idea they’d enjoy it so much. We think it’s all down to how utterly immersive the centre has become, and how much guests feel like they’re taking an active role and participating in the experience. 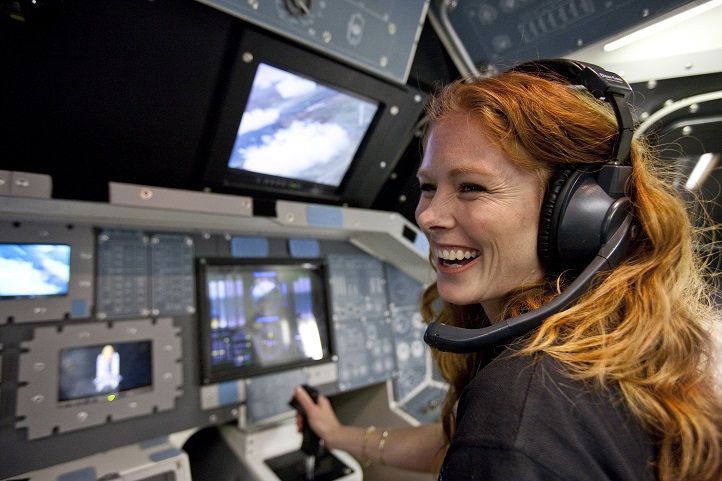 Witness the new(-ish) Atlantis. It’s hard to imagine a more interactive zone, with everything from simulators where guests can test their skills in piloting a Space Shuttle, to climbing aboard the Shuttle Launch Experience and getting a feel for what it’s like to really fly into space. It’s all the thrill with none of the long years of gruelling training.

Kennedy Space Center is now divided up into Mission Zones—Heroes & Legends, Behind The Gates, Race To The Moon and Shuttle: A Ship Like No Other—and, after visitors walk through the turnstiles, they encounter each zone in chronological order, from the tributes to the pioneers of the space programme at Heroes And Legends (with the superb Astronaut Hall of Fame) and the Rocket Garden display of Mercury, Gemini and Apollo rockets, to the absolutely spectacular Atlantis space shuttle, still riddled with space dust, and NASA Now & Next, detailing current and upcoming missions. 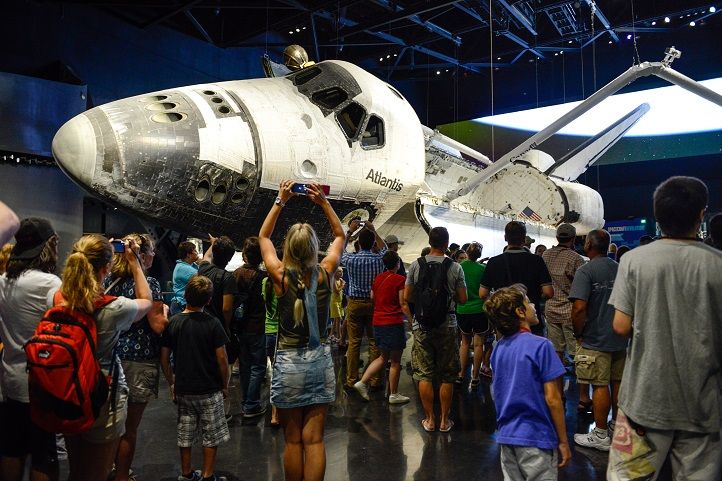 Along the way, guests can meet the men and women who have left Earth behind for one of the greatest adventures in the universe, and returned to tell about it.  Astronaut Encounter offers the chance to ask a pilot, commander or mission payload specialist about their time in space during a 1-hour Q&A session. Afterwards, the Astronaut of the Day signs autographs in the Space Shop. 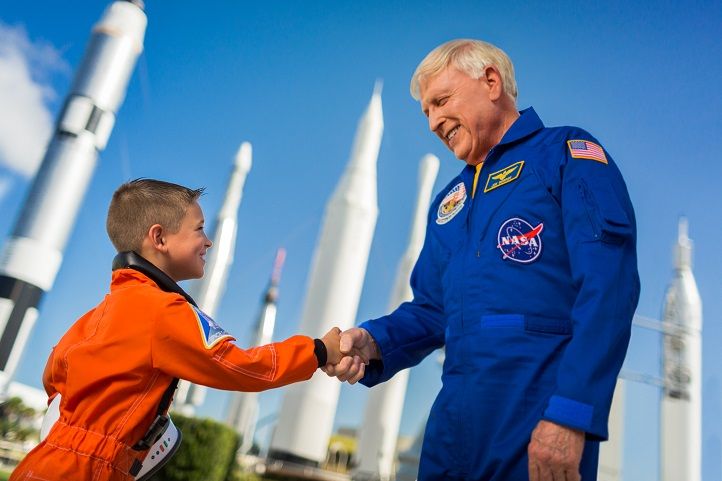 Go one better and book Lunch with an Astronaut, an unforgettable lunch with a man or woman who has looked back at the Blue Planet from space. The “astronaut of the day” tells stories from his or her time in space, and takes questions from guests as they dine on a surprisingly good buffet lunch. Afterwards, participants can have their picture taken with their astronaut, which makes a fantastic one-of-a-kind keepsake. 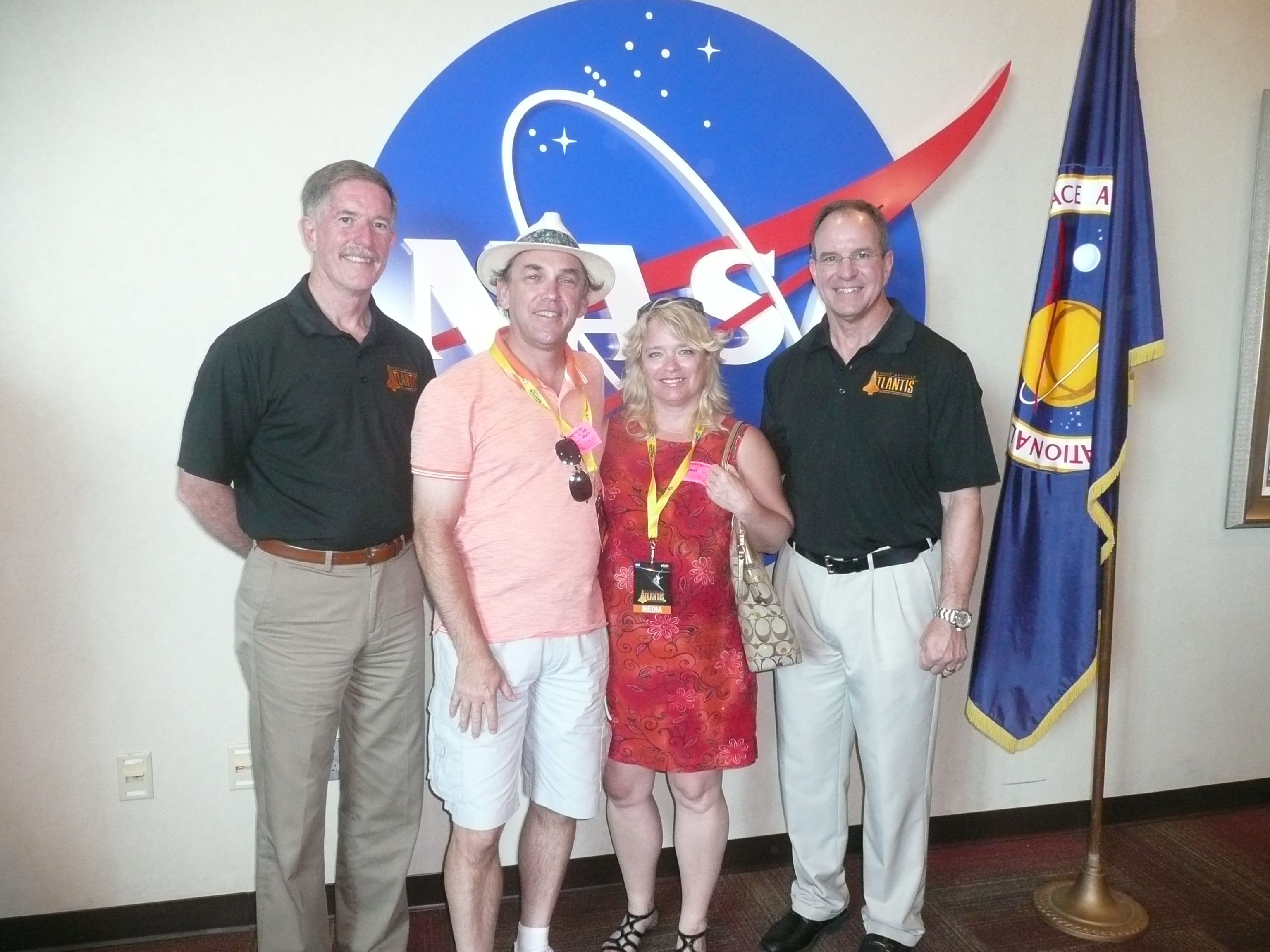 Journey To Mars: Explorers Wanted is another highly interactive area, featuring simulators and games that prepare future travellers to Mars, who will be using the next generation of the cool Mars rovers on display in this section of the park.

Kennedy Space Center has always been known for its excellent 3-D IMAX cinema shows, including the two now showing—A Beautiful Planet and Journey To Space—but another newcomer to the scene is Eyes on the Universe: NASA’s Space Telescopes 3-D, a live presentation that takes a jaw-dropping look 13.4 billion years back in time, through the eyes of the Hubble Space Telescope, and looks ahead with the new technology of NASA’s James Webb Telescope.

A highlight of any visit to the Space Coast is a Kennedy Space Center Bus Tour, with a selection of 5 tours that take guests behind the scenes and out to the facilities that are off limits to the general public. There are Special Interest tours of the complex as well, including a new 3.5 hour Fly With An Astronaut tour, with an astronaut as your guide. 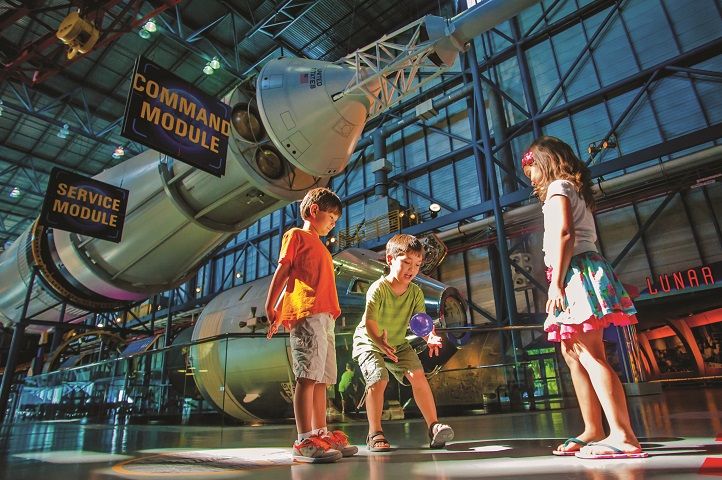 Past visitors may remember the Astronaut Training Experience, an add-on to the regular admission price that allowed guests to discover what it was like to prepare for a flight on the Space Shuttle. The shuttle programme ended in 2011, and an updated version of Astronaut Training Experience has now taken the previous offering’s place, including the brilliant Mars Base 1.

Current and future NASA missions are the focus of the new Astronaut Training Experience, with trainees learning the skills necessary to live and work on Mars. But first they have to get there, and that means flight training using state-of-the-art simulators and virtual reality.

The companion programme, Mars Base 1, offers the chance to put your engineering prowess to work, dealing with the complex problems real Mars explorers will face while living in the harsh environment of the Red Planet.  It’s all based on real science, and encourages would-be settlers to perfect their teamwork, communication and collaboration skills. 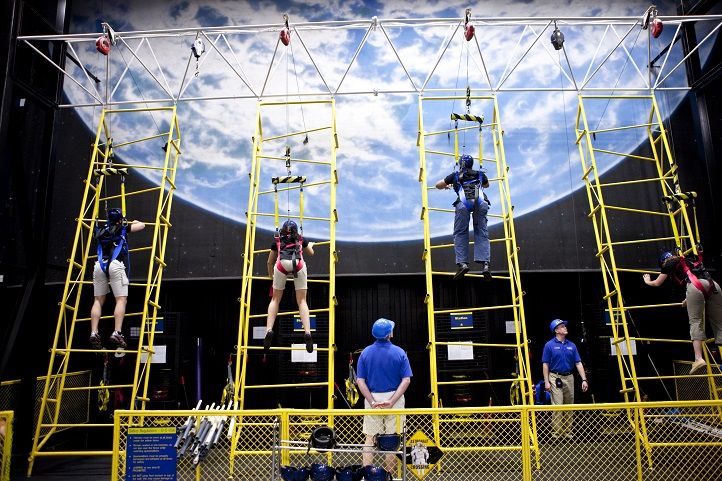 Visitors who only have a short time at the centre can choose a 45-minute programme, while those with more time can pick from a 5-hour programme or a 7-hour version. If you’re a serious space geek, multi-day programmes are available.

Ages 10 and up can join in, and there is no minimum number of participants. So, if only one person in your group wants to give it a try, accommodation can be made for an individual experience.

There is one more element at Kennedy Space Center that is not only interactive for guests, it also has an impact on the planet. As you enter and exit the park, be sure to step on the interconnected hexagons of PZ Experience (PZ stands for the technical term, piezoelectric, which indicates the “internal generation of a mechanical strain from an applied mechanical force”, or, simply stated, “push it and see what happens”). Each time your footstep compresses a hexagon tile, you’re helping to generate clean, efficient electricity.