The Low-down on the Artists Performing at Universal Orlando's 2015 Mardi Gras!

As if Olivia Newton John needs any introduction. However, you may not know that she is a four time Grammy award winner and selling over 100 million records, one of the world's best selling artists. She also features on one of the biggest selling soundtracks in the history of Hollywood. Needless to say, the soundtrack belongs to the film adaptation of the much loved Broadway musical Grease, in which the singer-songwriter and actor plays Sandy, alongside hip thrusting John Travolta.

Homegrown Jessie J hails from the same performing arts school as the likes of Leona Lewis, Adele and Kate Nash. As well as being a critically acclaimed singer with a unique and impressive voice, Jessie J has written a number chart topping songs for a number artists, including Party in the USA for  Miley Cyrus and  I Need This for Chris Brown. 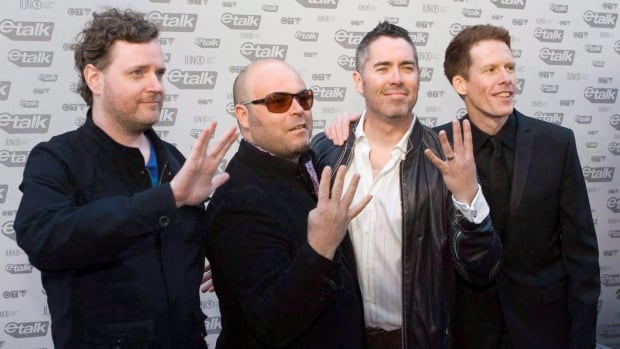 Formed in 1988, Barenaked Ladies is a Canadian alternative rock band. The band sing the title soundtrack for science geek sitcom Big Bang Theory! Indeed, the sitcom that has taken over Channel 4 since the departure of Friends. No stranger to the sitcom gig, Barenaked Ladies members are also the recording artists featured on the opening soundtrack for animated adult sitcom King of the Hill.

A regular at Universal Studios Florida's Mardi Gras is Kelly Clarkson, winner of the first ever American Idol in 2002. Prior to auditioning for American Idol and becoming the proud owner of two Grammy awards, Kelly Clarkson was a girl after our own hearts, working at American theme park Six Flags!

Ann and Nancy Wilson shot to fame during the seventies. The duo are celebrated for being one of the first ever female rock bands to write their own songs and play their own instruments. Nancy Wilson's ex-husband, Cameron Crowe, was the director of the 2001 film Vanilla Sky, starring Tom Cruise.

Representing the Country and Western genre in the Universal Orlando's Mardi Gras line duo, Trace Adkins is a Country Music and CMT winner. He appeared in the American Celebrity Apprentice in 2008 alongside actor Stephen Baldwin. Baldwin later starred in Trace's music video for single Muddy Water, also released in 2008.

A rock band from Chicago, Styx rose to fame during the seventies, known for hit songs, Come Sail Away, Babe, The Best of Times and Too Much Time on My Hands. From 1977 to 1981 the band released four certified Multi-Platinum albums consecutively.

Slightly new to the music scene is Indie-rock band American Authors. Made up of four members, the quartet formed whilst studying at the same college, under the band name Blue Pages. The band changed their name to American Authors in 2012.

Even newer to the scene is rapper, singer, actress and dancer Becky G, who found acclaim on YouTube. Praiseful tweets posted by Simon Cowell and esteemed song writer Dr Luke, sharing a video of her covering Kanye West and Jay Z's song Otis was the beginning of her rise to fame!

Puerto Rican born Yandel represents the musical genre Reggaetton in this year's Universal Orlando Mardi Gras. Yandel is part of the duo Wisin y Yandel, who together have released hit songs such as Pegao and Sexy Movimiento. However, you might be more familiar with Yandel for his collaboration with Paris Hilton on the Reggaeton version of Stars Are Blind released in 2006.

Did somebody say Love Shack?! Arguably the B-52s most famous track. Love Shack, released in 1989, was the new wave band's first song to make it into the top 40 on the Billboard Top 100. Of course, the Love Shack singers also made an appearance in The Flinstones Movie, of which they sang the title song The Bedrock Twitch. Pop-punk band, All American Rejects was formed in 1999, in Stillwater Oklahoma. The band is comprised of four members, with Tyson Ritter being the lead vocalist. The band's chart topping song Dirty Little Secret is one of their many songs that has made it into the top 15 Billboard Hot 100 chart. In pop culture, the Dirty Little Secret track has featured John Tucker Must Die, American Pie: The Naked Mile and Deuce Bigalow: European Gigolo.

Another country band to feature in the Universal Orlando Mardi Gras this year, is The Band Perry. Their self titled debut album, released in 2009 received critical acclaim, with their track If I Die Young soaring to number one on the Billboard Hot Country Songs.  According to the Billboard magazine, If I Die Young is the 5th song to make it into the country charts with the word 'die' included in its title.

Representing the R&B genre in the Universal Orlando Mardi Gras is American singer-songwriter, record producer and actor Trey Songz, who released his debut album, Gotta Make It, in 2005. Trey Songz's best friend is fellow musical talent Drake. To date, the pair have collaborated on seven releases together.  In total, Trey Songz has made guest appearances on over 75 songs!

In our books, Universal Orlando's Mardi Gras is truly the ultimate party of the theme park capital and possibly the best Mardi Gras celebration outside of New Orleans. With world class rides and attractions, an electric Mardi Gras parade and these impressive Mardi Gras concerts, Attraction Tickets Direct would definitely nominate this event as a worthy bucket list experience for any theme park enthusiast!

Universal Orlando's Mardi Gras will be held select nights between the 7th February and the 18th April, so if your Orlando holiday coincides with this event, be sure to book those all important Universal Orlando theme park tickets.

Get the Expert View on Universal Orlando's Mardi Gras