By ATD’s Florida Experts, Susan and Simon Veness
Our Florida experts discuss all things Florida sports! Sports-fans - you won't want to miss this.
There’s never a bad time to be a sports fan when visiting the USA. You can pretty much guarantee a major event at any time of the year, plus plenty of choice in whatever your sporting passion might be, from golf to American football.
But visit in the autumn and early winter, and your chances of catching some great sporting action practically go through the roof. OK, so the baseball season has just finished – although it lasted a good eight months! – and the Major League Soccer campaign wraps up with the MLS Cup Final on November 10 (sadly, our Orlando City team didn’t make the play-offs, again, this year).
Yet all the other major sports are currently in full swing, and this is the ideal time to catch a game or three, be it American football, basketball or ice hockey. The weather is starting to cool down but the action is definitely hotting up, and teams like the Orlando Magic (basketball), Tampa Bay Buccaneers (American football) and Tampa Bay Lightning (ice hockey) are all well worth watching right now. 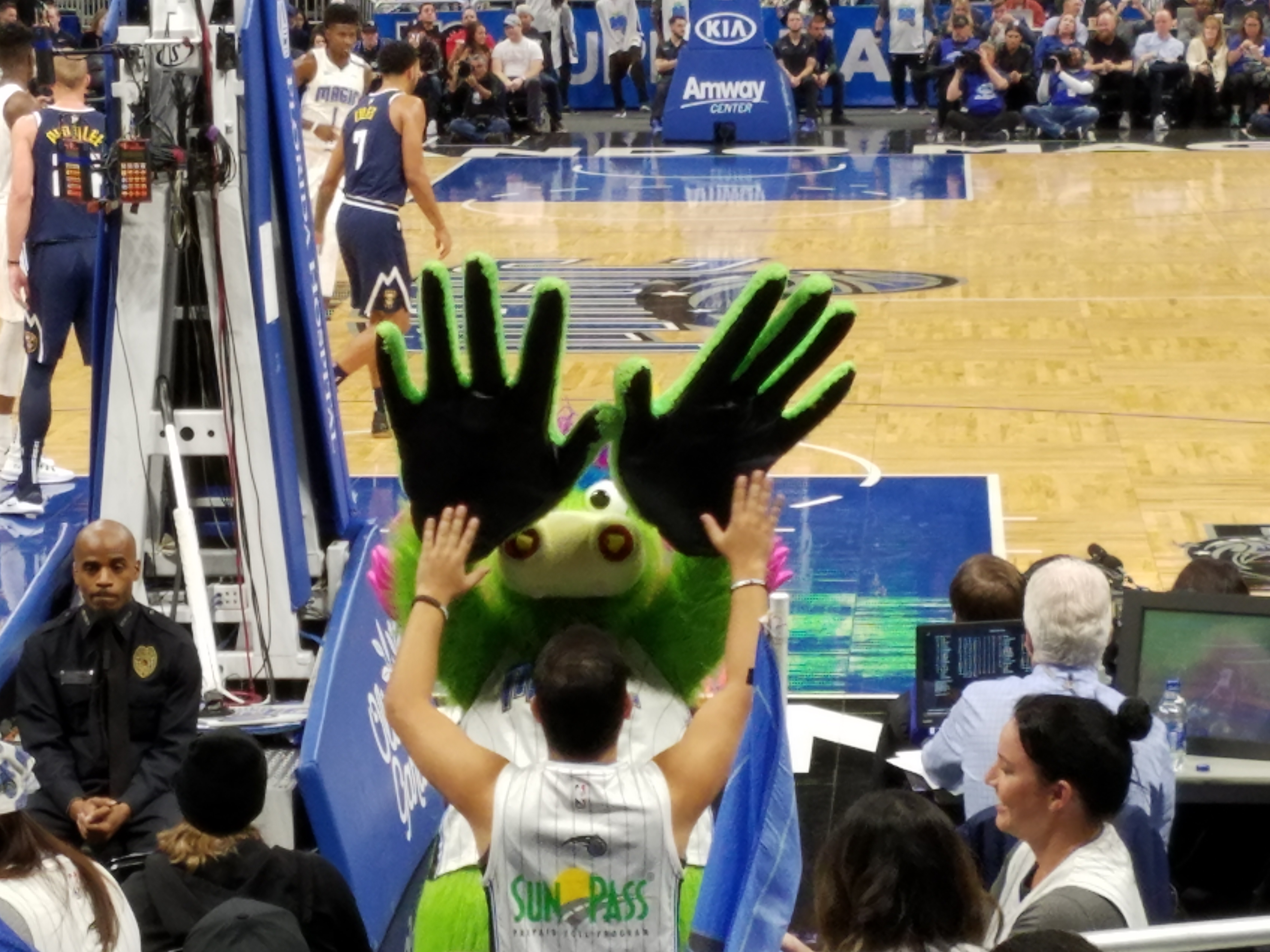 But what’s the big deal about US sports, you might ask? Well, just to start with, this is not so much about sport as entertainment; full-on, no-holds-barred, good old American razzamatazz. There is just as much to enjoy before the game as during it, from cheerleaders and live music to T-shirt giveaways, mascot contests and tail-gate parties.
NB: For those who have never heard of a tail-gate party, it is often the pre-game highlight for many people, as fans park their cars and trucks near the venue and start an impromptu street gathering, with games, food and drink, including some highly elaborate mobile barbecue grills! Everyone is welcome, as long as you sport some of the colours of the local team.
So, whether it is just one game among many, a game against the in-state rivals, or an all-important play-off fixture, the hoopla before kick-off/tip-off/face-off is just the same. It is all about the fun of the occasion. Don’t worry if you don’t know all the rules, either. The locals are usually very happy to help explain things, while it will soon be pretty clear if the home team has done something cheer-worthy! 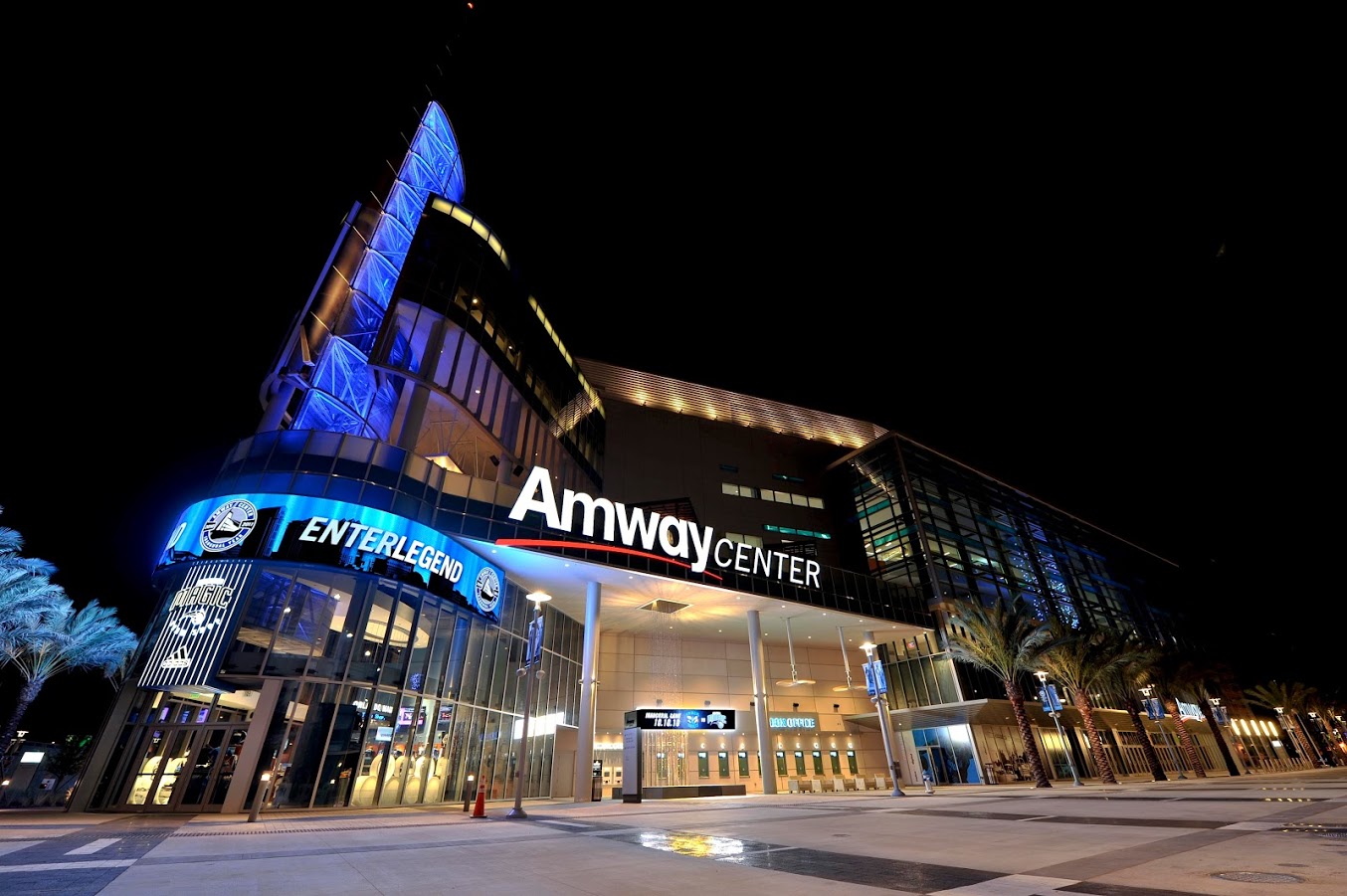 The atmosphere then gets ratcheted up when you head inside the venue, as Orlando and Florida boast some truly superb indoor and outdoor stadiums.
The Amway Center is the crown jewel in downtown Orlando’s sporting firmament, a glittering $500million, 20,000-seat gem with terrific all-round sight-lines, plenty of bars and concession stands (plus some great food to go with them) and rarely a line for the loos!
This is where the Orlando Magic play from October to May, and there are high hopes for a memorable season in 2019/20 as they showed great promise last year and have a well-balanced team with a lot of star power in players like Aaron Gordon and Montenegrin ace Nikola Vucevic. 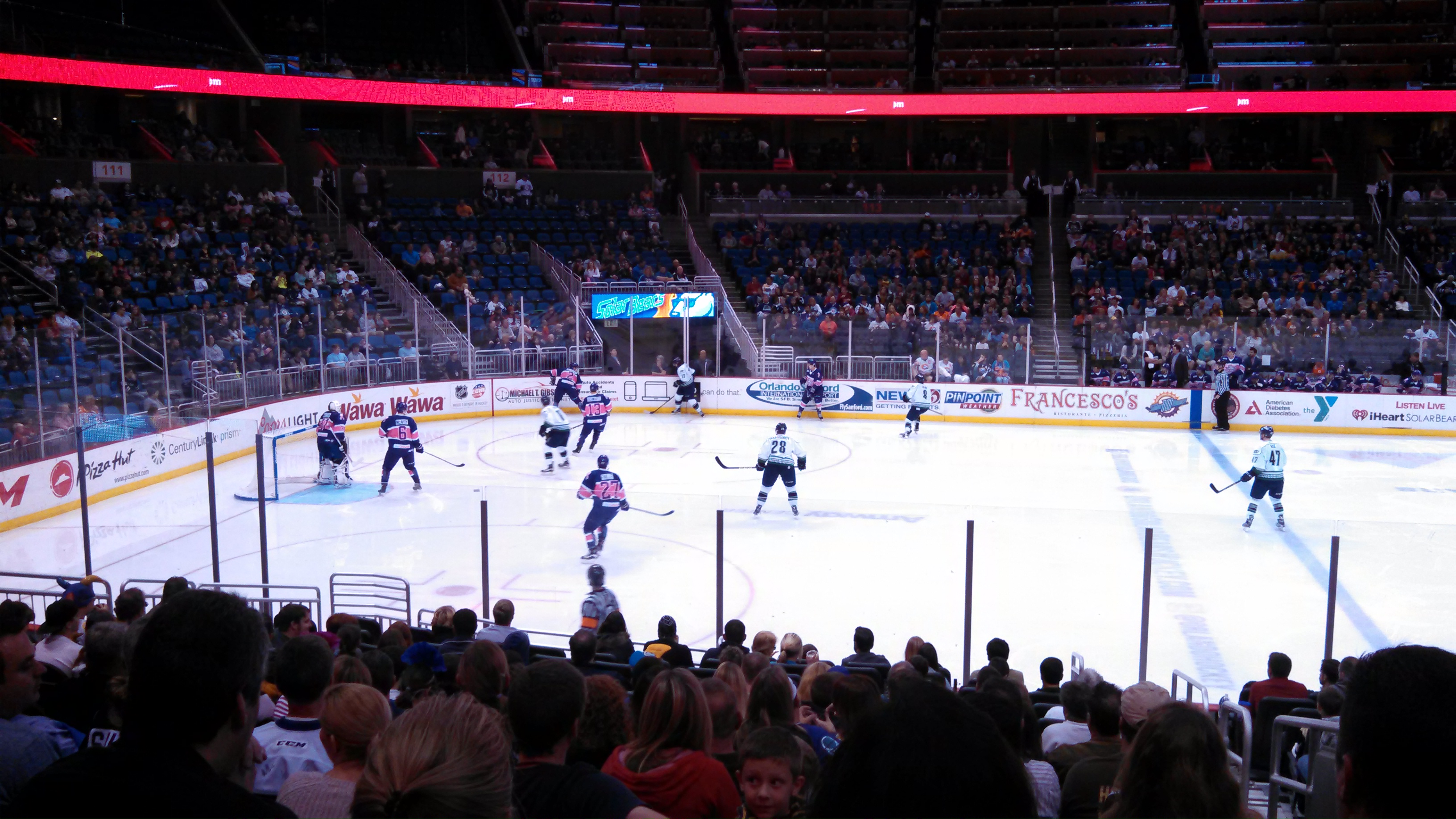 It’s also worth noting that if the Center is sold out for Magic games, you can still get a taste of their magnificent arena as it converts into an ice-hockey rink for the Orlando Solar Bears, who play in the ECHL (or East Coast Hockey League). This is a level below the NHL (National Hockey League), but it still offers exciting, fast-paced action, and is played in a highly community-spirited atmosphere.
Just down main motorway I-4 in Tampa you find Raymond James Stadium, and another of Florida’s most iconic sporting locations. Here, touchdowns are celebrated with cannon fire (we kid you not!) and the 65,000-seat venue is primarily home – from September to December – to the Tampa Bay Buccaneers, who play in the NFL (National Football League), complete with all the high-energy trappings of the gridiron game. 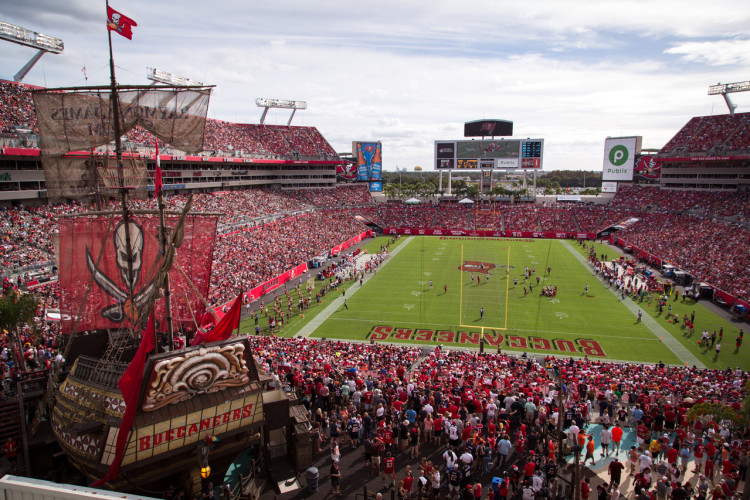 There are some great packages that include transport and a ticket to the game, so you don’t need to worry about getting from Orlando to Tampa, and new fans are always welcome. Make sure you have time to visit the huge Buccaneers’ Team Store beforehand – fully 10,000sq ft of team merchandise of every kind you can imagine!
For those who REALLY like their American Football, it is worth noting that the next two Super Bowls – the NFL’s championship game – will both be in Florida, with Miami’s Hard Rock Stadium hosting Super Bowl LIV next February while the Raymond James will stage the game in 2021.
For another superb indoor venue, the Amalie Arena in downtown Tampa is the home of the Tampa Bay Lightning, one of the best NHL teams in recent years, and this stadium is absolutely rocking for games featuring ‘The Bolts.’ 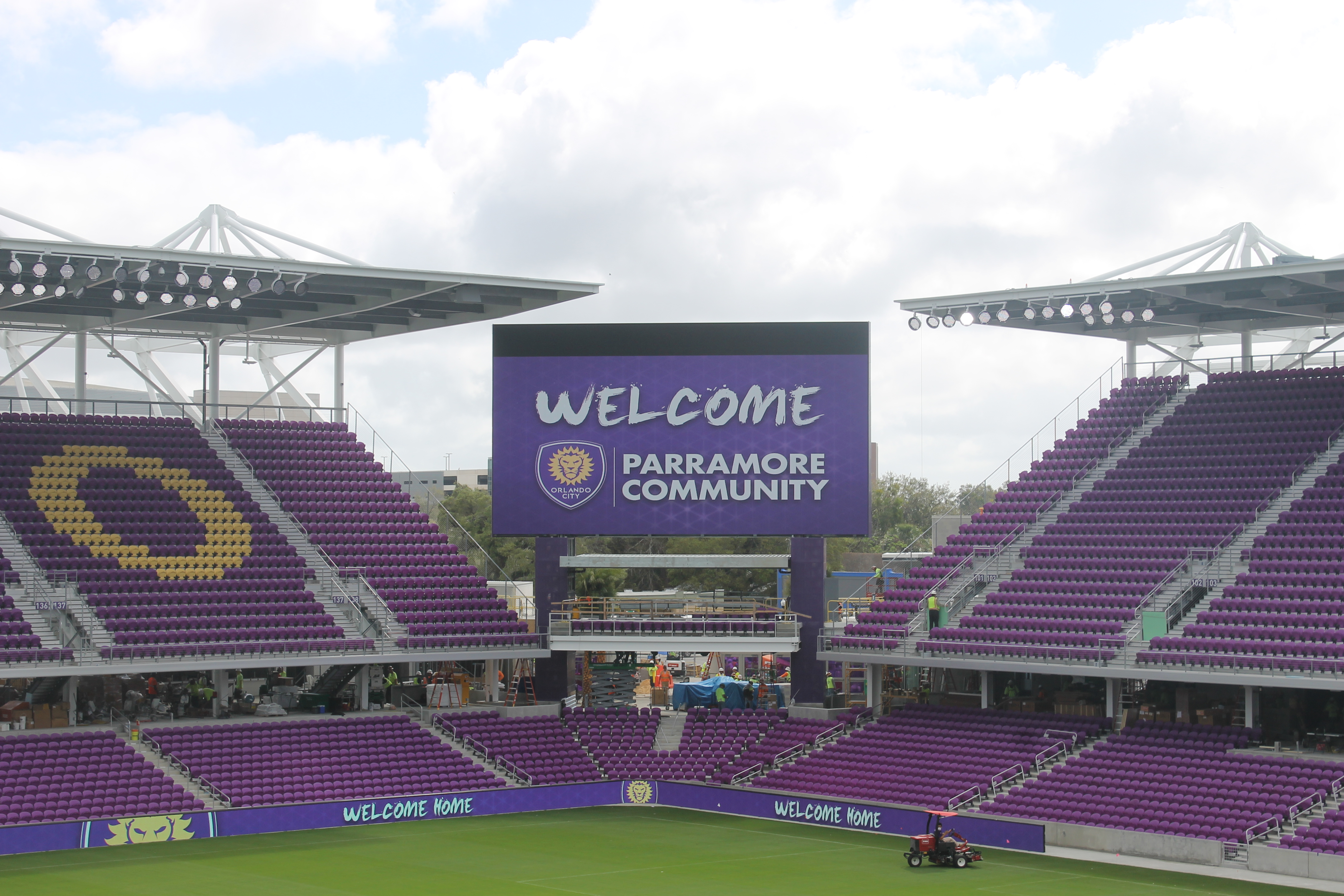 And, just in case your trip doesn’t coincide with any of the autumn/winter games, you can mark your diary for the next round of the Orlando City soccer season (March-October 2020) at their 25,000-seat Exploria Stadium, and enjoy this weekly fiesta in purple that showcases some of the most unashamedly raucous fans in America. Have no doubt that this is still a highly family-friendly environment, though – as all US sports are.
Happily, if your appetite is now truly whetted for some full-blooded sporting action, Attraction Tickets Direct can offer some of the best ways to enjoy each occasion with minimal effort, thanks to their special Sports Tickets section online (on this link).
Here, you can score seats for Orlando Magic, Tampa Bay Buccaneers AND Orlando City games, with some unique ways to get the most out of your experience, including with round-trip transport to the Amway Center or Raymond James Stadium. 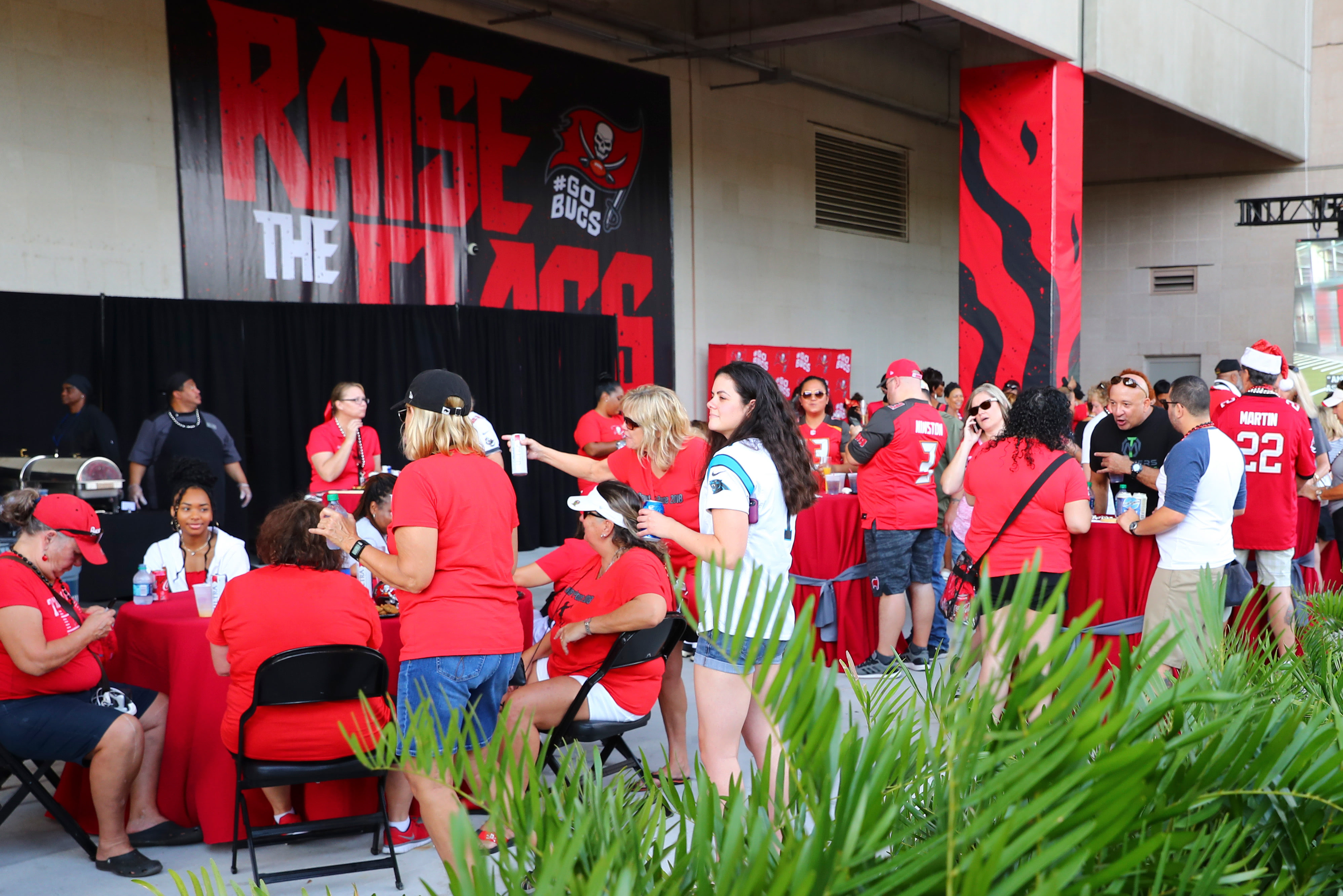 There is even the chance to soak up the full tail-gate experience at a Buccaneers game, with a special Tail-Gate Ticket that includes an all-you-can eat buffet with drinks. Be aware, Buccaneers games DO sell out, so booking early is highly advisable.
Oh, and be ready for the FULL game-day opportunity to last as long as three hours (more in the case of an NFL game), so, with travel time, it can easily be a half-day experience. We’re still ready to bet you’ll be keen to sign up for more afterwards, though!
Ready to experience the world of Florida sports? Click here to browse our Orlando Sports attraciton tickets now.
Read next...
Tweet