Satisfy Your Need For Speed!

By ATD’s Florida Experts, Susan and Simon Veness
You may not be able to bend it like Beckham or move like Jagger, but as of 17 October you can certainly race like Andretti. Or as near as possible without years of training and a big life insurance policy. Because now, Andretti Indoor Karting & Games has opened just off International Drive.

Go-karting isn’t foreign to the I-Drive area, but this newest incarnation takes what was once a backyard building project for kids across America in the 1950s and ʼ60s and makes it a state-of-the-art venture, with one of racing’s most recognizable names—Mario Andretti—attached to it.

Andretti has had 111 career wins, including such prestigious championships as Formula One, and IndyCar, and he is the only race car driver who has won all three of the Indianapolis 500, Daytona 500 and Formula One races.  He still holds the title of the last American to have won a Formula One race, which he did in 1978. So he knows a thing or two about speed. 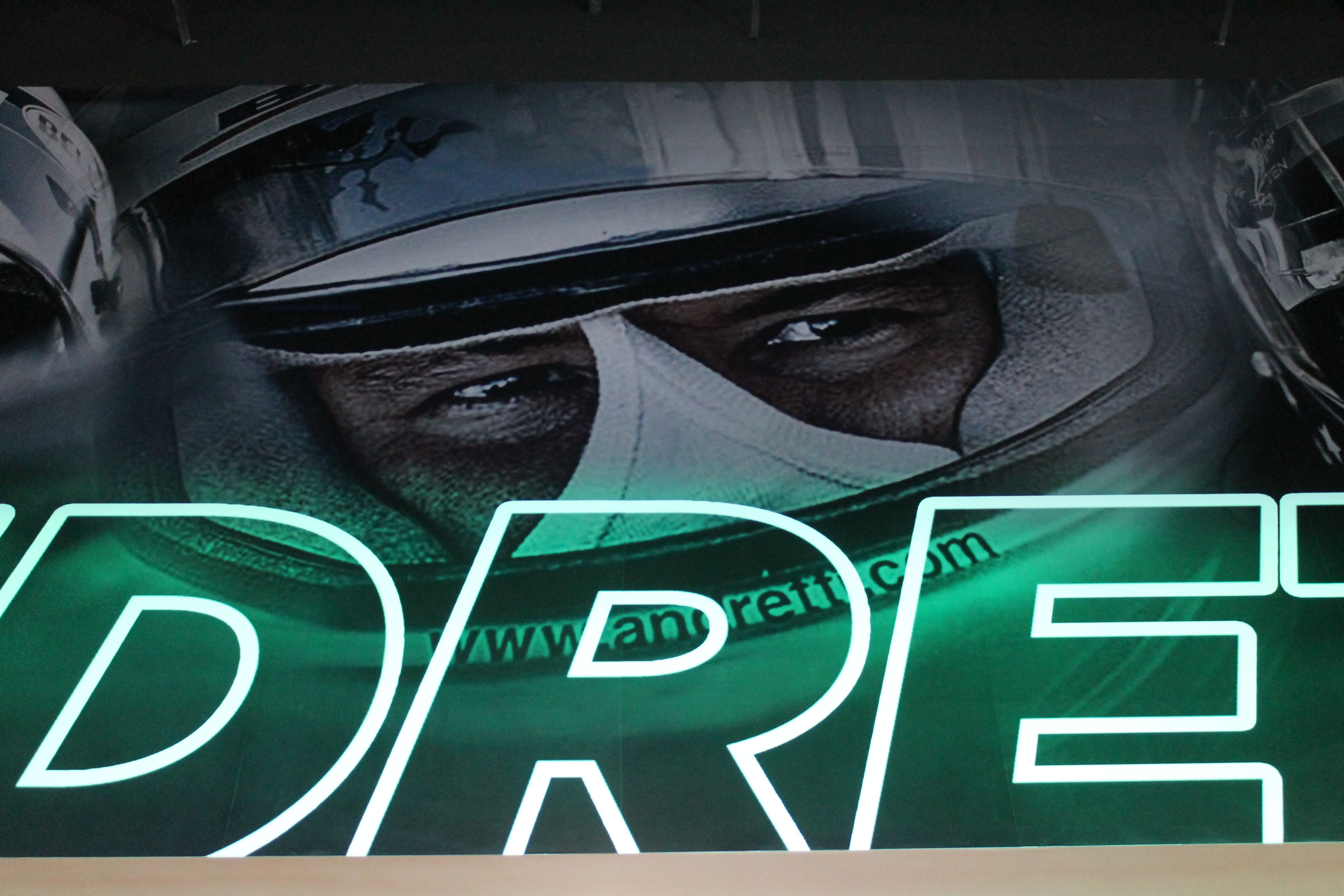 And that’s part of the fun at the first Andretti Indoor Karting & Games in Florida (there are already two in Georgia). And these aren’t your granddaddy’s go-karts. They aren’t even the zippy little numbers I-Drive already knows so well. Oh, no. Andretti features high-speed electric SODI RTX Superkarts that practically fly along the multi-level tracks’ straightaways and barrel up to banked turns that add a real squeal to the tires and a moment’s heart palpitation when your kart’s back end whips around behind you as you slide out of the turn. 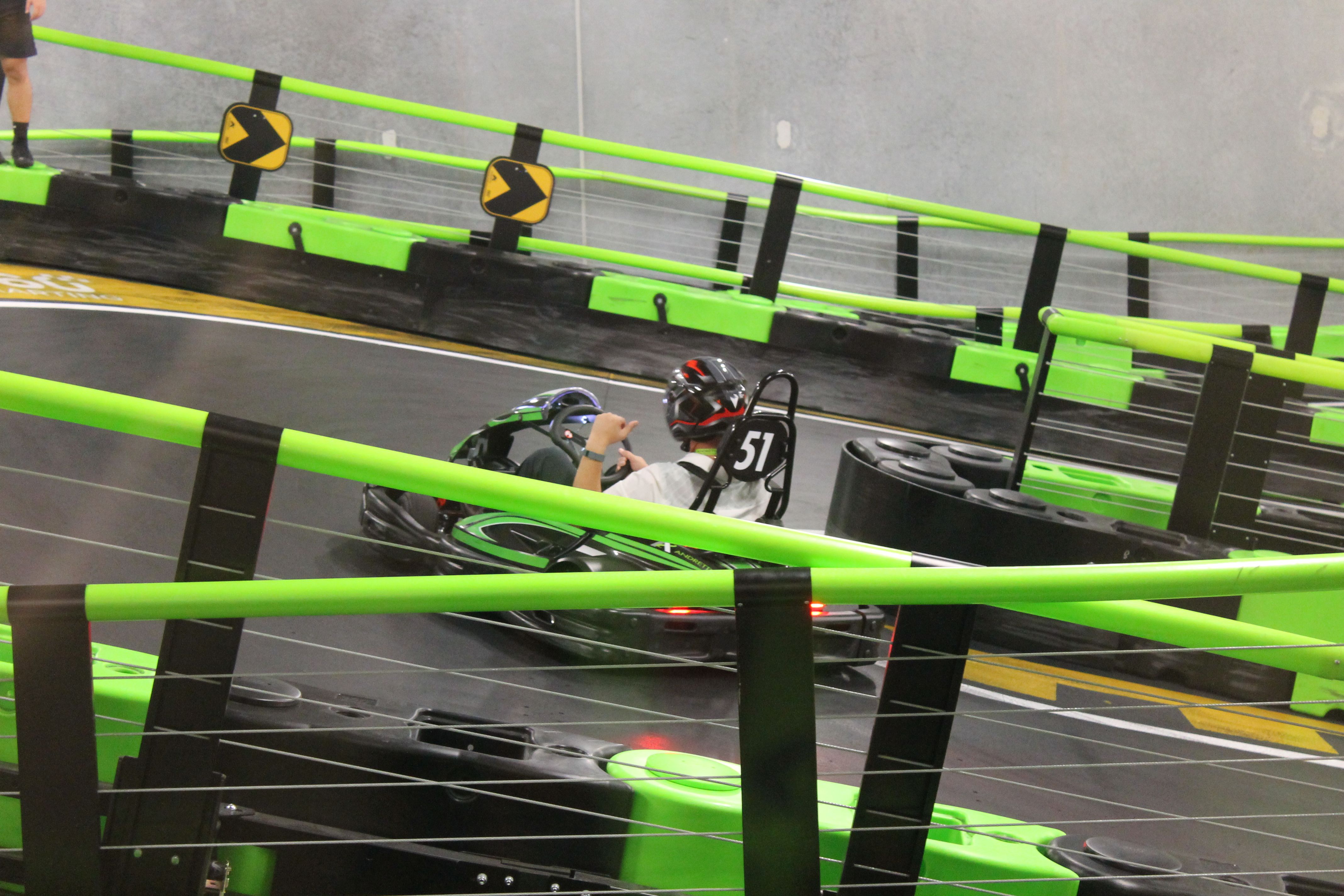 Which brings us to the safety factor: barriers along the track are specially designed to eliminate any risk that your kart might roll over, and that’s a big plus when you’ve got the pedal to the metal and you don’t feel like braking hard or letting anyone pass you.

Of course, you will have seen the required safety video, and you’ll be wearing a helmet and safety restraints, all of which are reminders to remain sane while having fun. The video also explains how to operate the kart, and what the flags mean if track monitors wave them while you’re racing, so even novices can get out there and enjoy the experience safely. 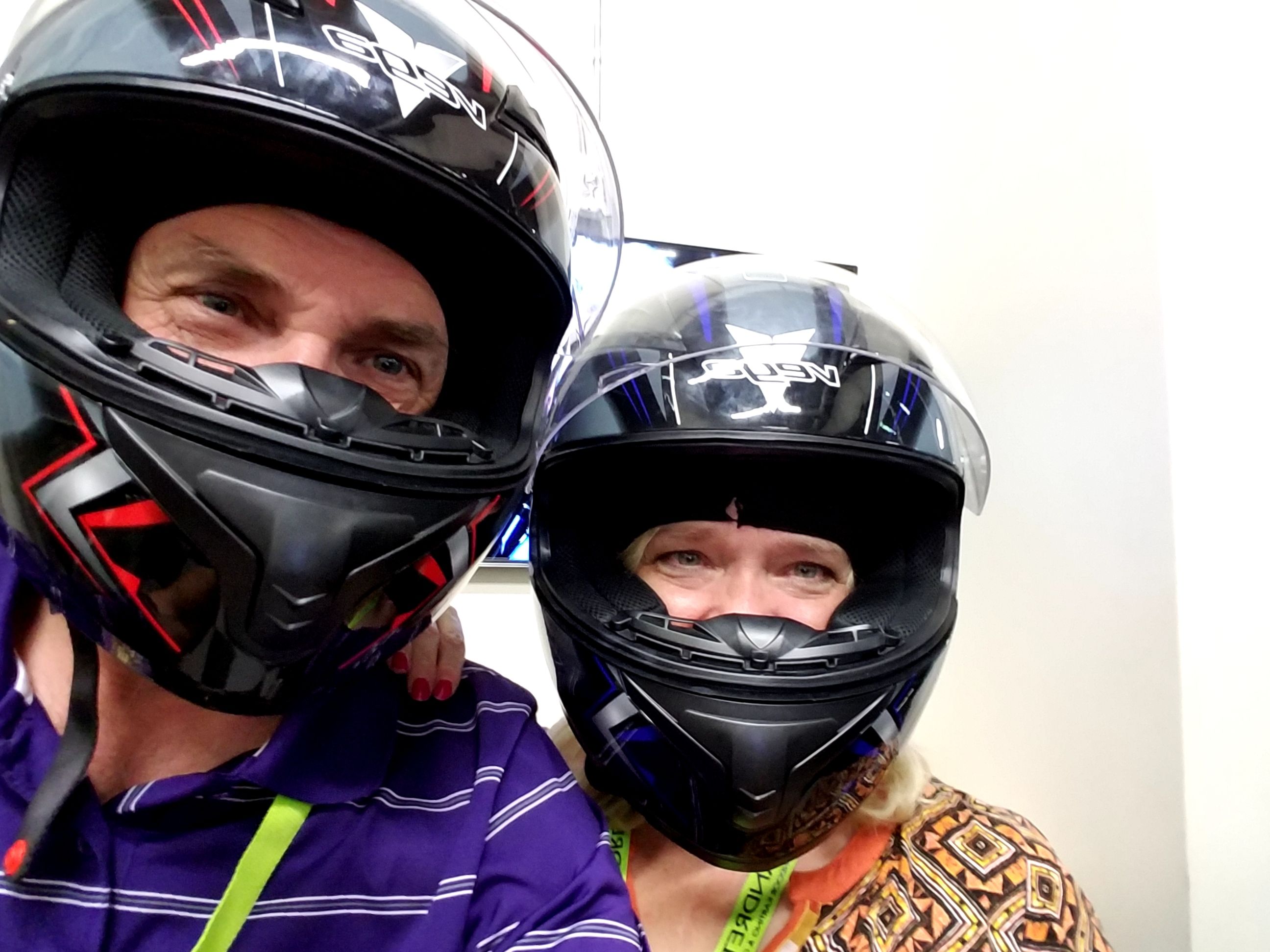 Kart360 created the track exclusively for the Orlando location so that it has the most elevation changes and banked turns in the world. And it’s modular, so tracks can be combined, creating a “super track” of more than 2,100 feet, one of the largest indoor karting tracksin the United States.

And when it’s over, the transponders in each kart and along the tracks will have tallied your time and either given you proof you’ve earned bragging rights or confirm you’re a granny who probably needs to take another spin to improve your score. 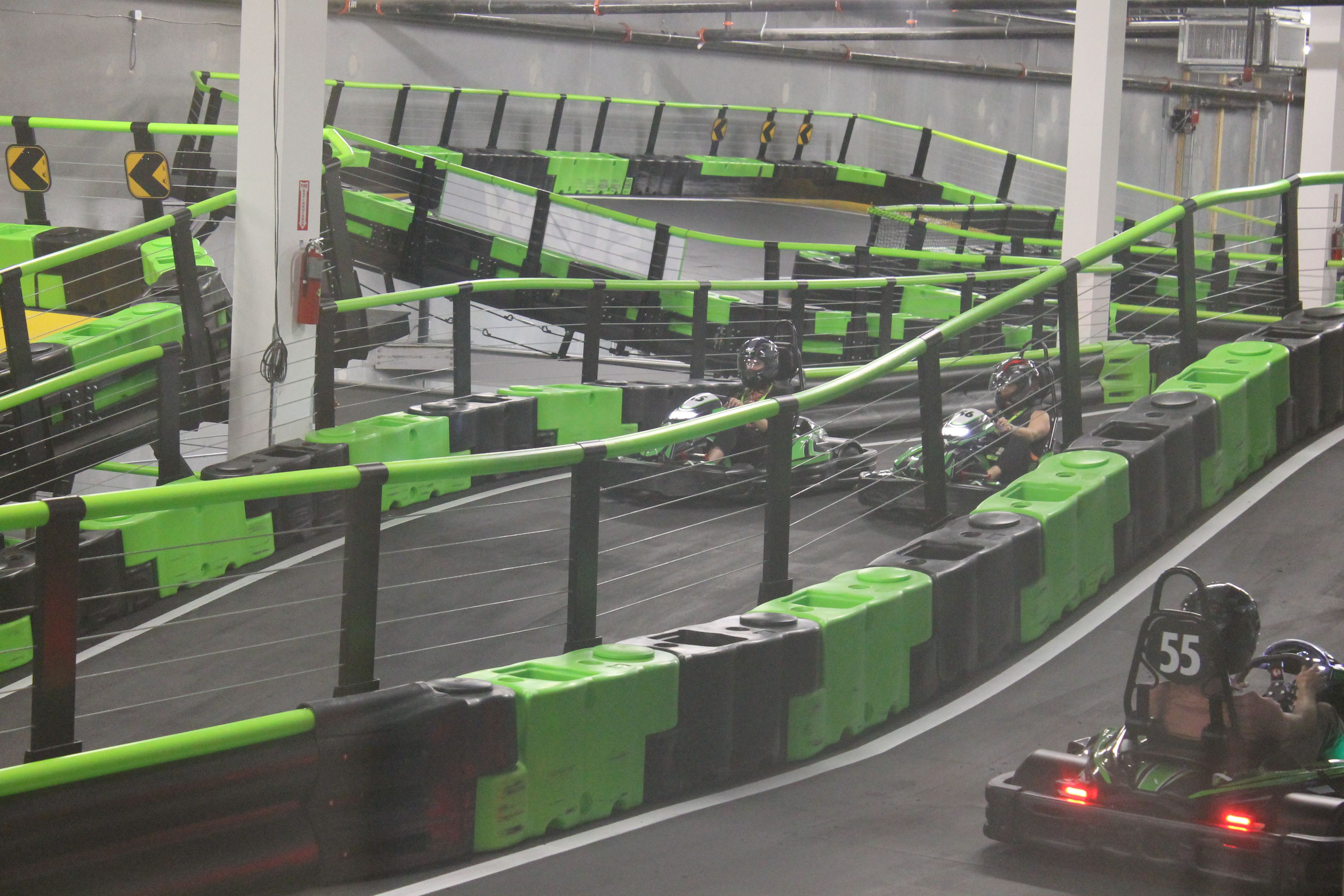 Along with exhilarating karting experience, the massive entertainment complex features 12 lanes of Boutique Bowling, with black-lights and racing themed lanes; over 120 arcade games, some of which result in a coveted prize from the arcade’s Victory Lane redemption center; six virtual reality CXC racing simulators (they’re popular, so snag one as soon as you can if you’d like to try out your skills!); and more than 100 HD TVs for watching whatever sporting events are being played at the time. 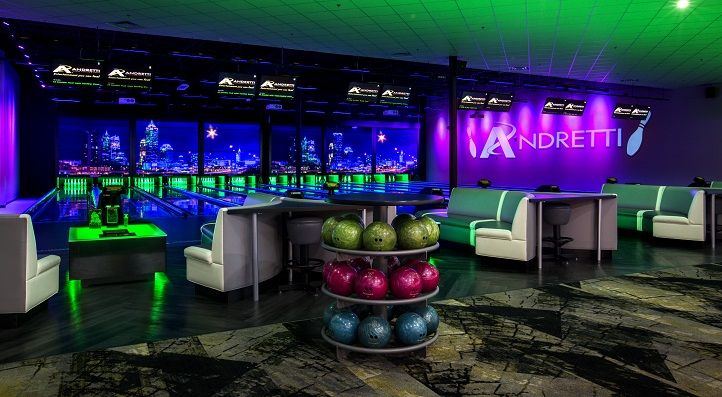 More extreme fun is found in the two-level laser tag course, where players suit up and head into a darkened maze that includes an upper floor for a truly thrilling change-up on the theme.

Want to try gaming with a 3-D (make that 7-D!) twist? Enter the XD dark ride motion theatre, with game-style movies including Zombies! (self-explanatory, really), Los Banditos (an army of robot cowboys), and the monster reptile world of Gigamon. Your seat moves and vibrates, your laser gun blasts the bad guys (unless you’re a lousy shot), and stuff splatters all around you as you defend the world from the baddies.

Once evil has been tamed, Sky Trail extreme ropes course and curved zip line towers over the arcade, with Beginners and Advanced courses. This experience is appropriate for ages 8 and up, and requires minors to have a waiver signed by a parent.

With so much going on, you’re bound to get hungry, but don’t worry about making your way back to I-Drive. The complex also includes Andretti Grill full-service restaurant and bar, and again, this isn’t your daddy’s lame burger joint. The Grill features slow-smoked ribs, salads, pasta, steaks, wood-fired brick oven pizzas, and more. 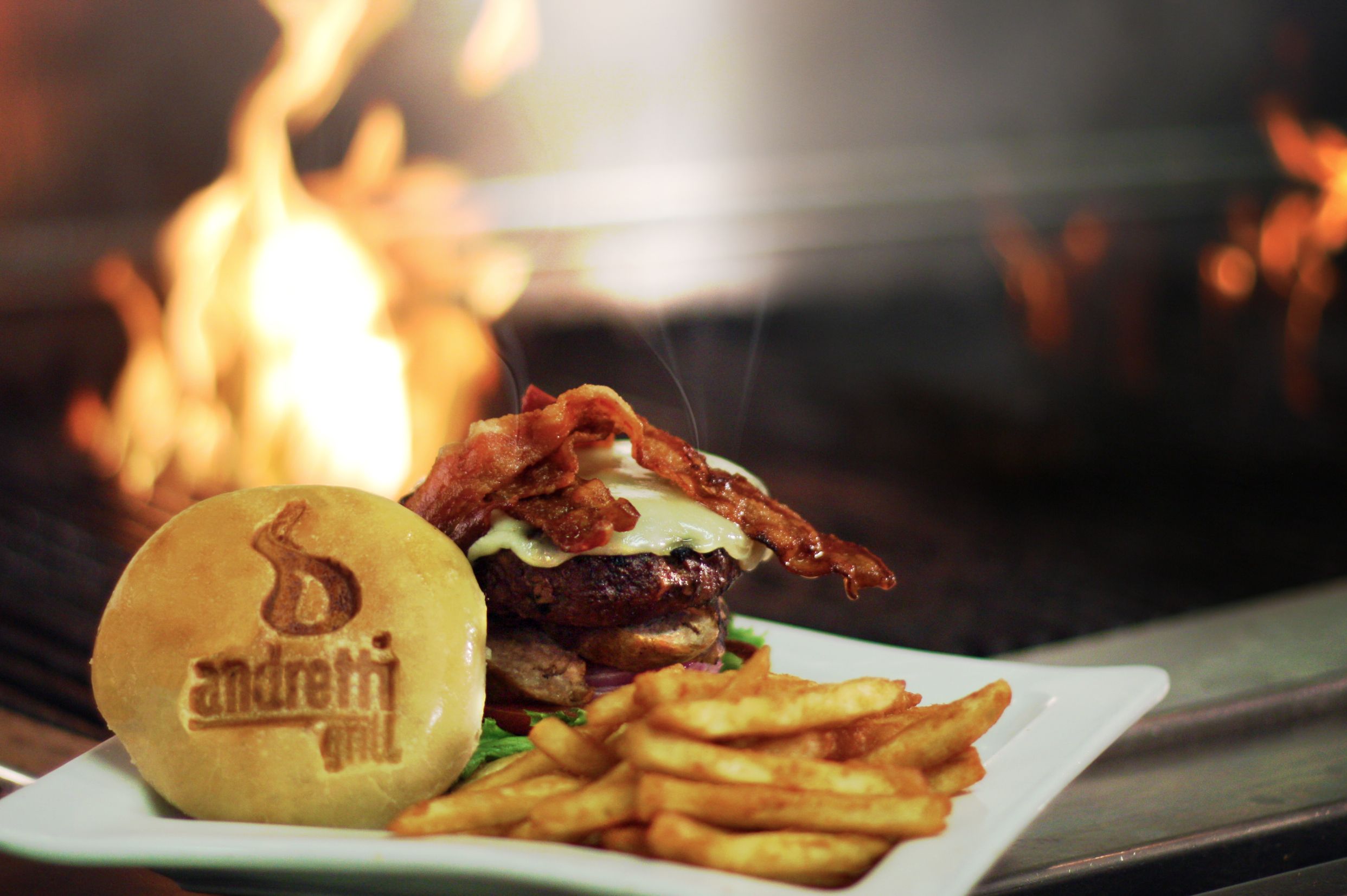 Adults are going to want to check out all the offerings at Andretti Karting, but for those who want to kick back with a libation, Main Bar offers some tempting Fast Lane Cocktails, Championship Martinis, Fuel Injected Margaritas (don’t worry, they’re not really injected with fuel, because that would be dangerous and illegal, right?), draft and bottled beer, and several wines, including a nice selection from the Andretti Winery. A more exclusive atmosphere can be found in the upper-floor Sky Bar, with a superb view over the karting track and a domed roof illuminated by LED lights. 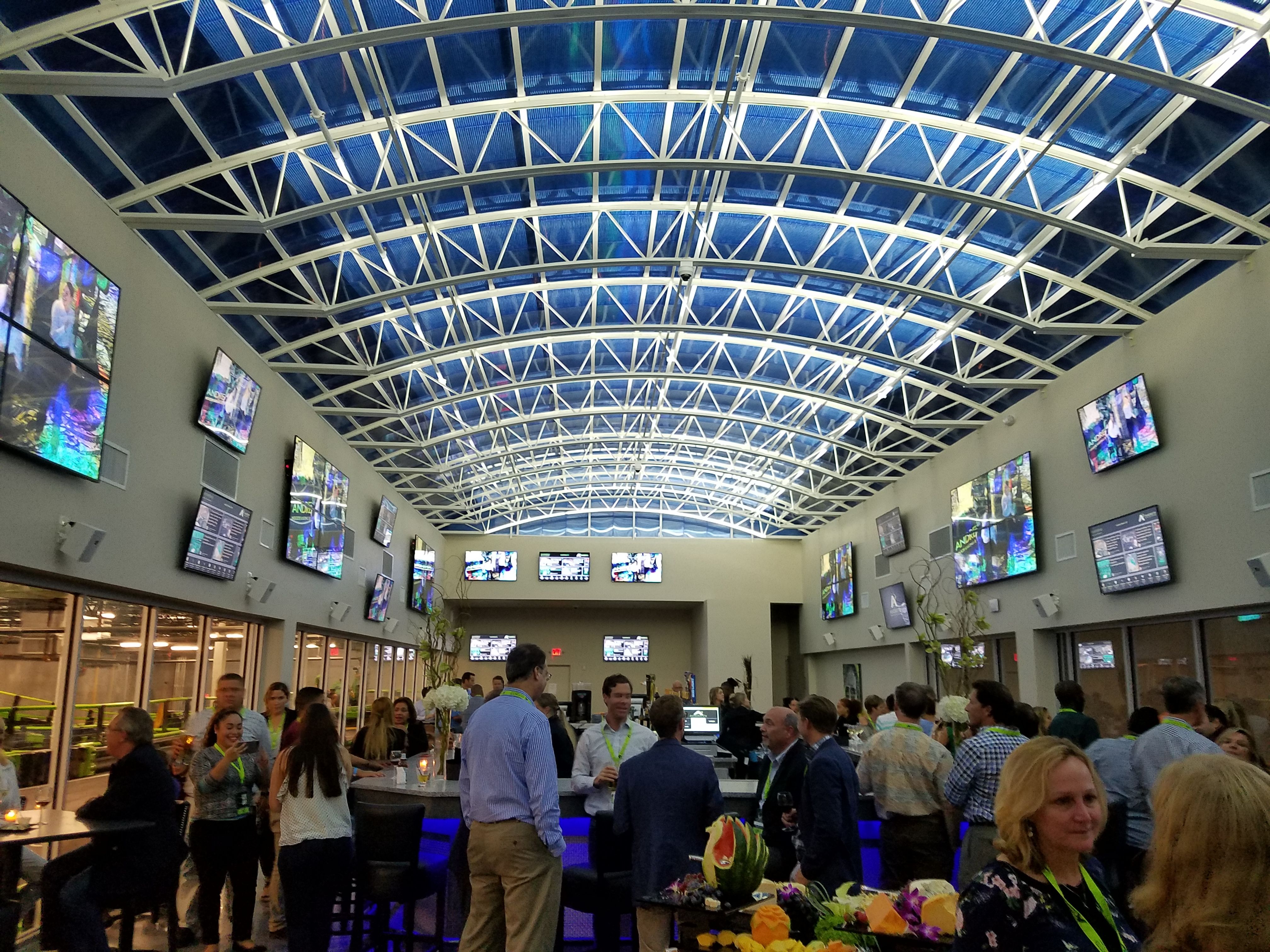 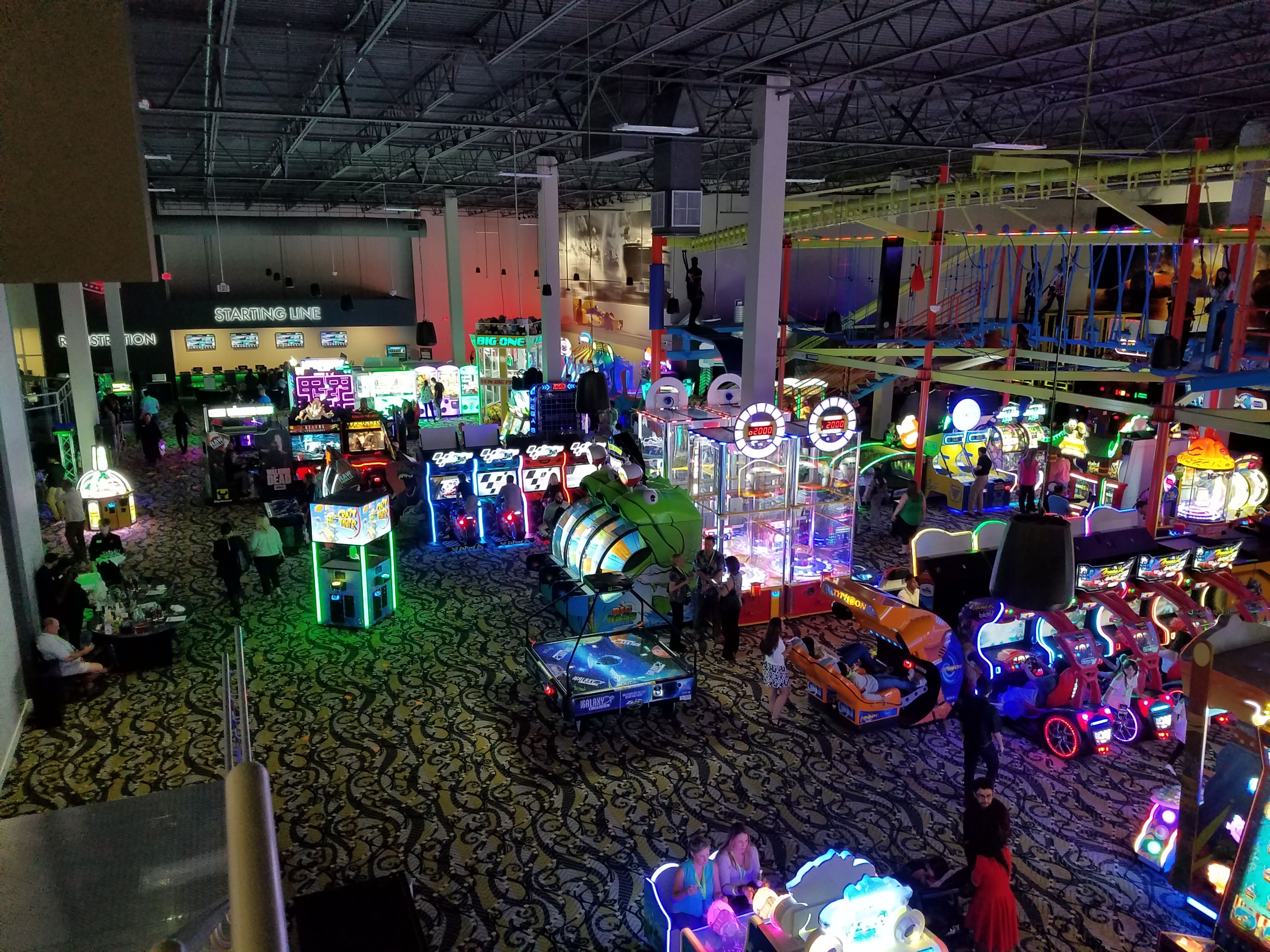 If you have questions about Andretti Karting & Gaming – or any of Orlando’s wonderful theme parks and attraction – be sure to visit ATD’s discussion forums!