The SeaWorld rescue team has been hard at work over the last two weeks, returning 15 endangered sea turtles to the Atlantic Ocean at the Canaveral National Seashore in New Smyrna Beach, Florida.

These magnificent creatures were rescued by the team in New England after suffering from cold-stunning - a hypothermic reaction that occurs when the animals are exposed to unusually cold water temperatures for an extended period of time. They were then flown to Orlando for specialised care and treatment in late 2019.

Ten of the sea turtles were Kemp’s ridleys - a critically endangered species. The other five are green sea turtles, also classified as endangered. These 15 represent more than half of the 29 turtles transported by the Florida Fish and Wildlife Commissions (FWC) from New England to SeaWorld Orlando. 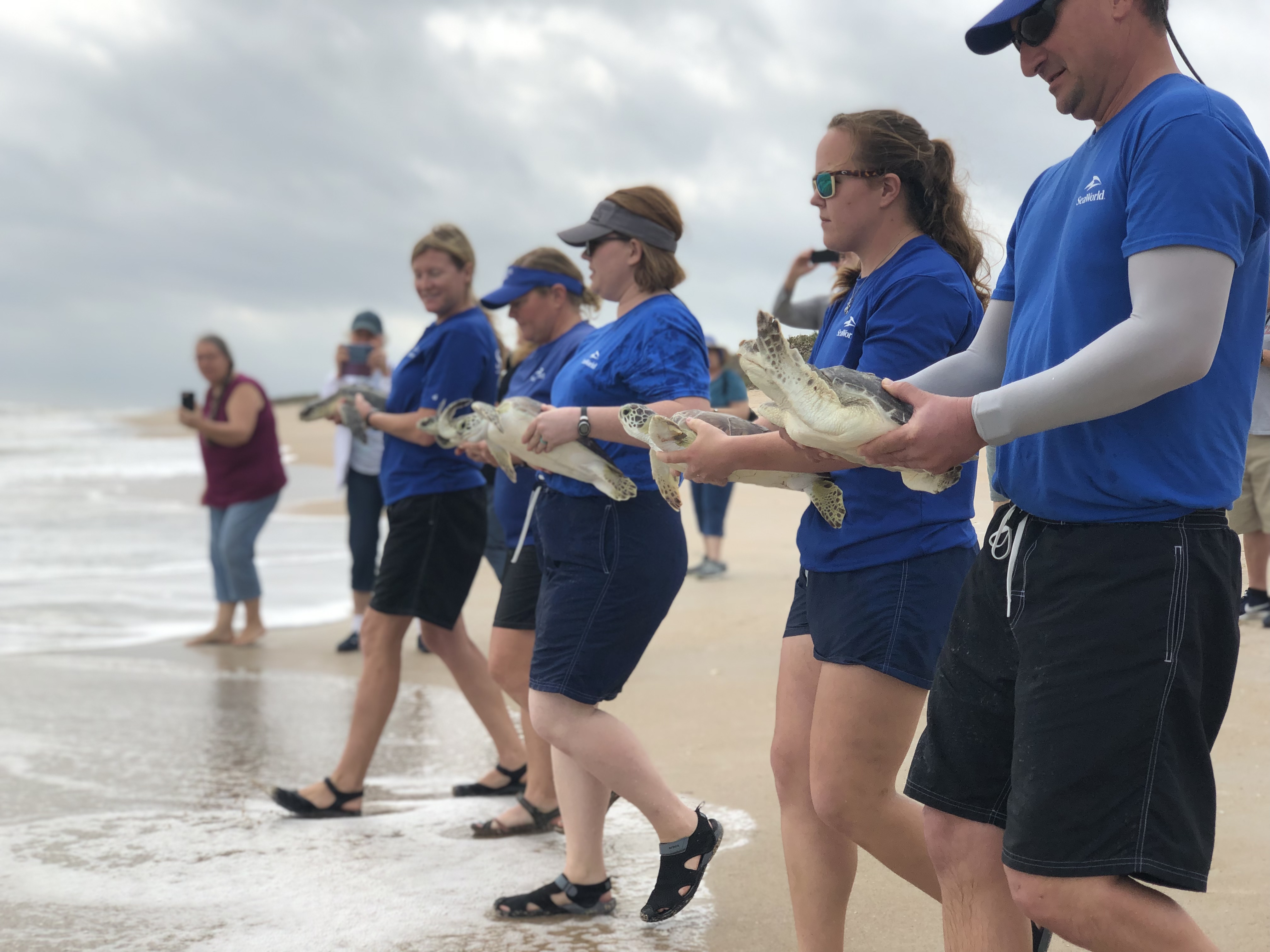 When arriving in Orlando, the SeaWorld rescue team conducted full examinations to determine the best course of treatment for each individual sea turtle patient.

Meghan Koperski, FWC Sea Turtle biologist, said “FWC staff worked to identify permitted rehabilitation facilities that could provide care for dozens of cold stunned turtles from the Northeast U.S. These transfers ease the burden on the sea turtle rehabilitation facilities in the Northeast, ensuring space for any new patients requiring care. Partners like SeaWorld stepped up and made this happy ending possible.”

More than 2800 sea turtles have been rescued by SeaWorld’s rescue teams since 1980, and for over 55 years, SeaWorld Parks & Entertainment has helped many animals in need, including animals that were ill, injured, orphaned or abandoned. They have achieved the goal of returning them to the wild. More than 36,000 animals have been rescued by the expert animal rescue team, which is on call 24/7.