These Springs Keep On Growing!

Orlando
By ATD’s Florida experts Susan & Simon Veness
It’s been almost three years since Downtown Disney transformed into the enlarged Disney Springs, the amazing shopping-dining-entertainment district in the heart of Walt Disney World, but, like Topsy, it just keeps on growing!

The last time we visited the Springs for our regular ATD blog was about 18 months ago, which may not seem long in normal terms, but this is Orlando, where things change week-by-week and everything just gets bigger and, well, better.

That is definitely true in the House of Mouse, where we’ve seen lots of new developments in the parks and, amazingly, even more when it comes to the shops and restaurants. 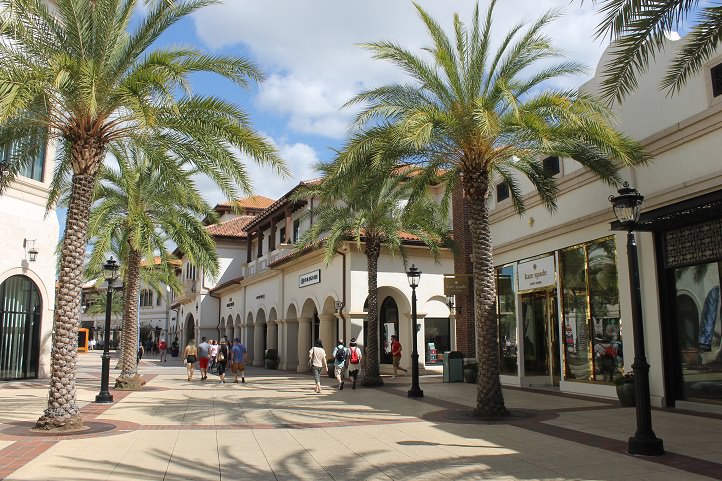 How about this for a stat – since our last blog, there are now SEVEN new restaurants (with three more on the way!), EIGHT new shops or kiosks and a multi-player 3-D role-playing adventure! So, with all that to talk about, let us walk you through the latest additions: 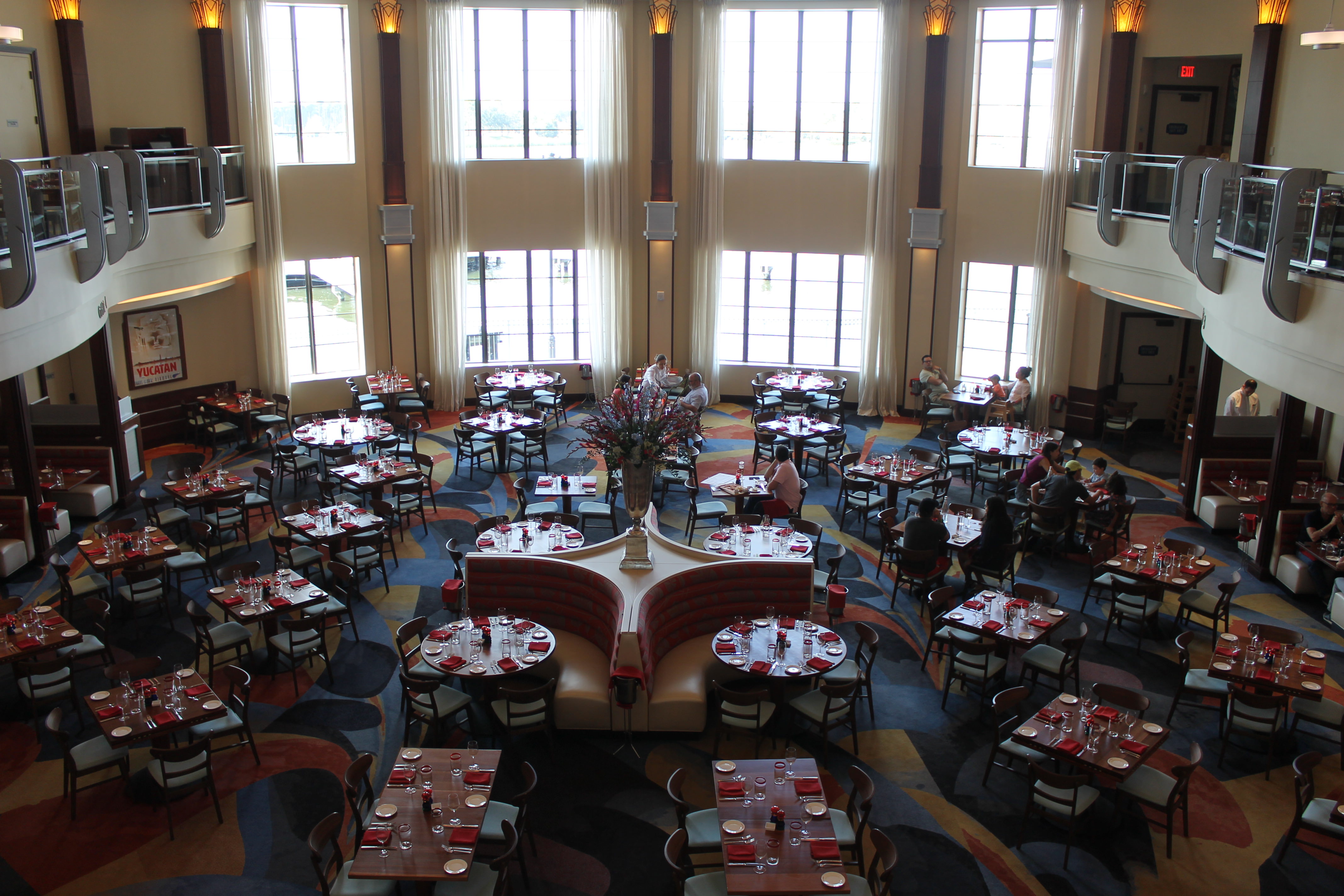 The biggest of them all – and the largest of any Disney Springs restaurant – is Maria & Enzo’s a classic Italian offering set in the former seaplane terminal of the town (at least in Disney story terms). The huge main dining room has gorgeous views of Lake Buena Vista, and the 1930s theming is wonderful. The food is as good as the grand style would suggest, and we heartily recommend their Sicilian Oven-Baked Pasta and chocolate heaven of the Affogato di Vesuvio.

Right next door is Pizza Ponte, a counter-service pizzeria with great fresh-made pizza platters (by the slice or whole pizza), sandwiches, desserts and drinks in keeping with the Italian theme. The coffees are great but the Mascarpone Cheesecake is simply divine! 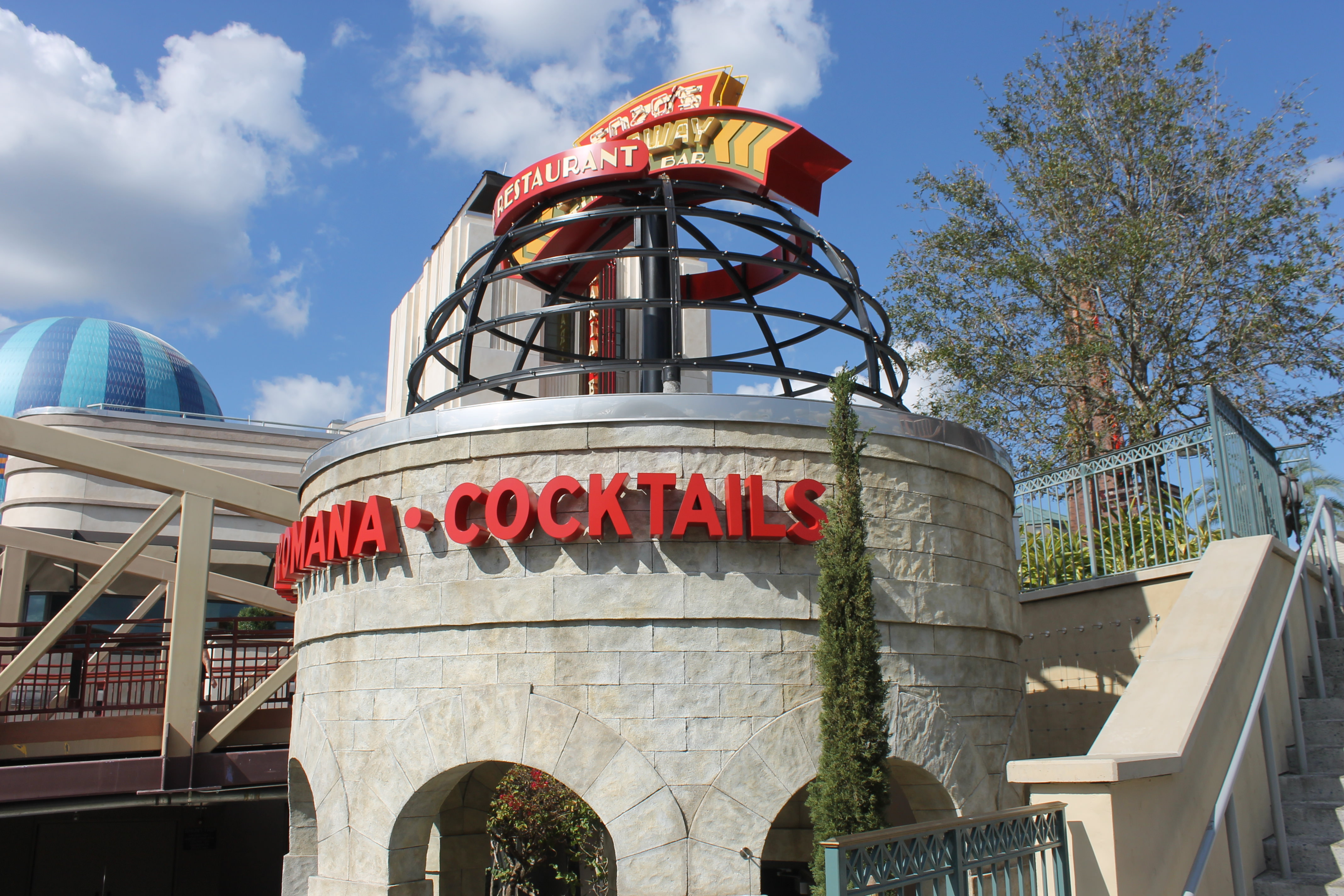 Enzo’s Hideaway completes the inter-connected Italian theme with a Speakeasy-type bar-restaurant located ‘underground’ opposite Maria & Enzo’s. It is easy to miss but definitely somewhere you should consider for great beer, wine and cocktails, as well as wonderful Antipasti platters, pastas, chicken, fish and steaks. Authentic gelato and tiramisu are also on the highly tempting menu. 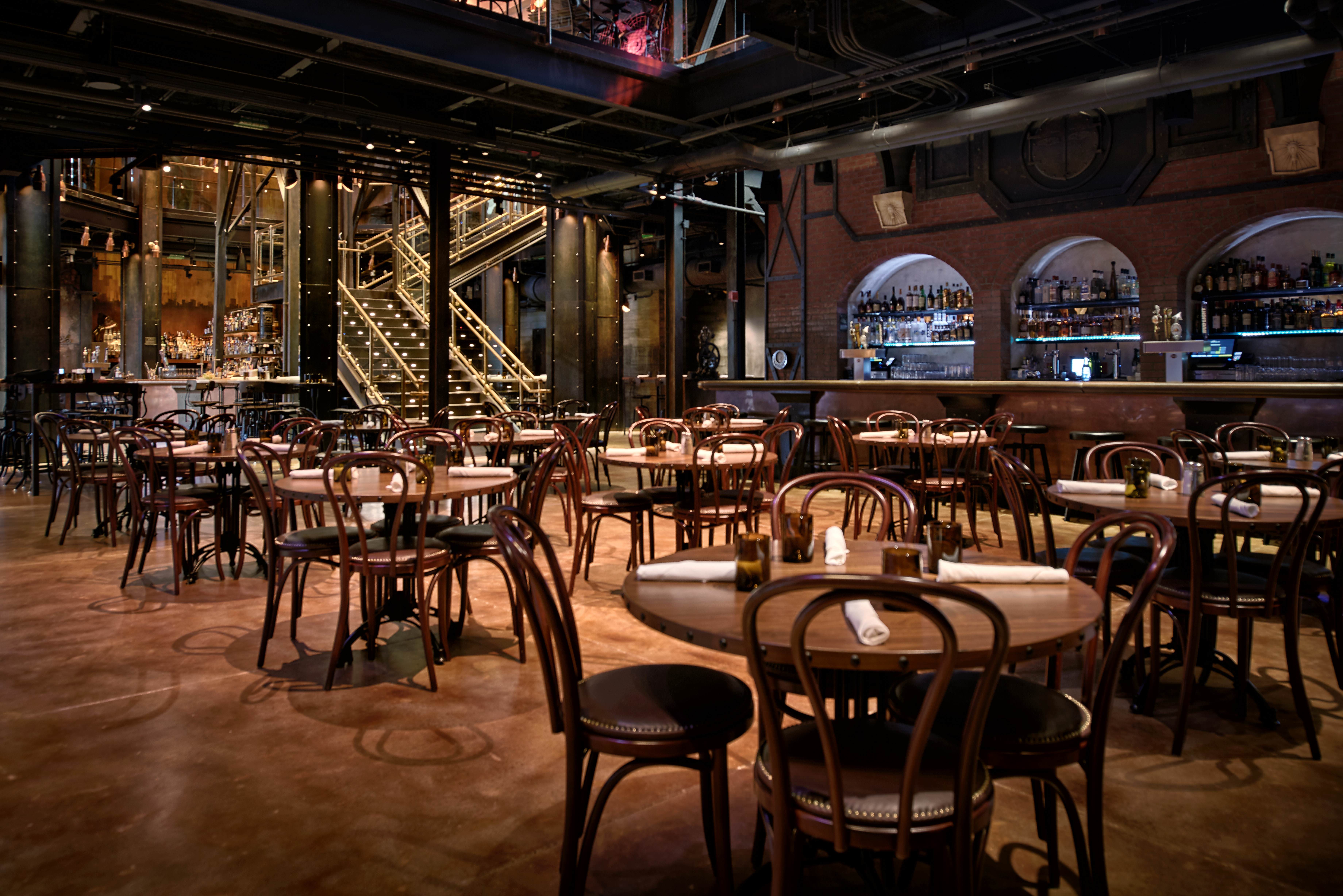 To the right of Maria and Enzo’s (and sharing a ‘secret’ underground tunnel to the Hideaway) is the fabulous new entertainment/bar/restaurant of The Edison. A spin-off from the nightclub of the same name in Los Angeles, this was a long time in planning and construction (it was supposed to be open in summer 2017 but didn’t debut until New Year’s Eve) but it was worth the wait. 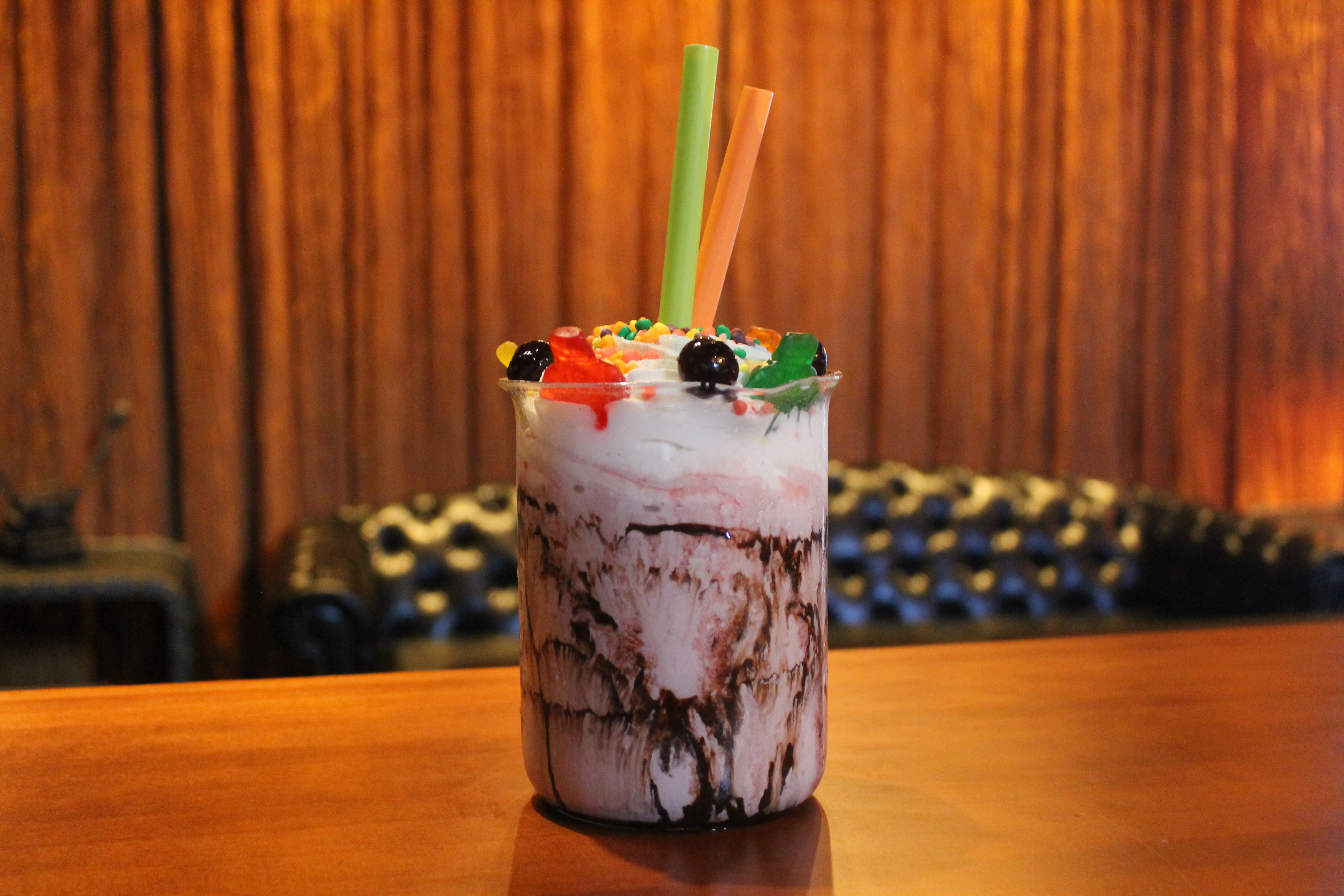 As a bar, it is wonderfully atmospheric, with an industrial 1920s setting that is perfect for the period music and entertainment, which includes dancers, aerialists, DJs and a band. It is broken up into seven sections spread over two levels and is superbly evocative of the area as well as being massively photogenic. The food is another highlight, and the milkshakes are immense, easily enough for two and as eye-catching as they get. 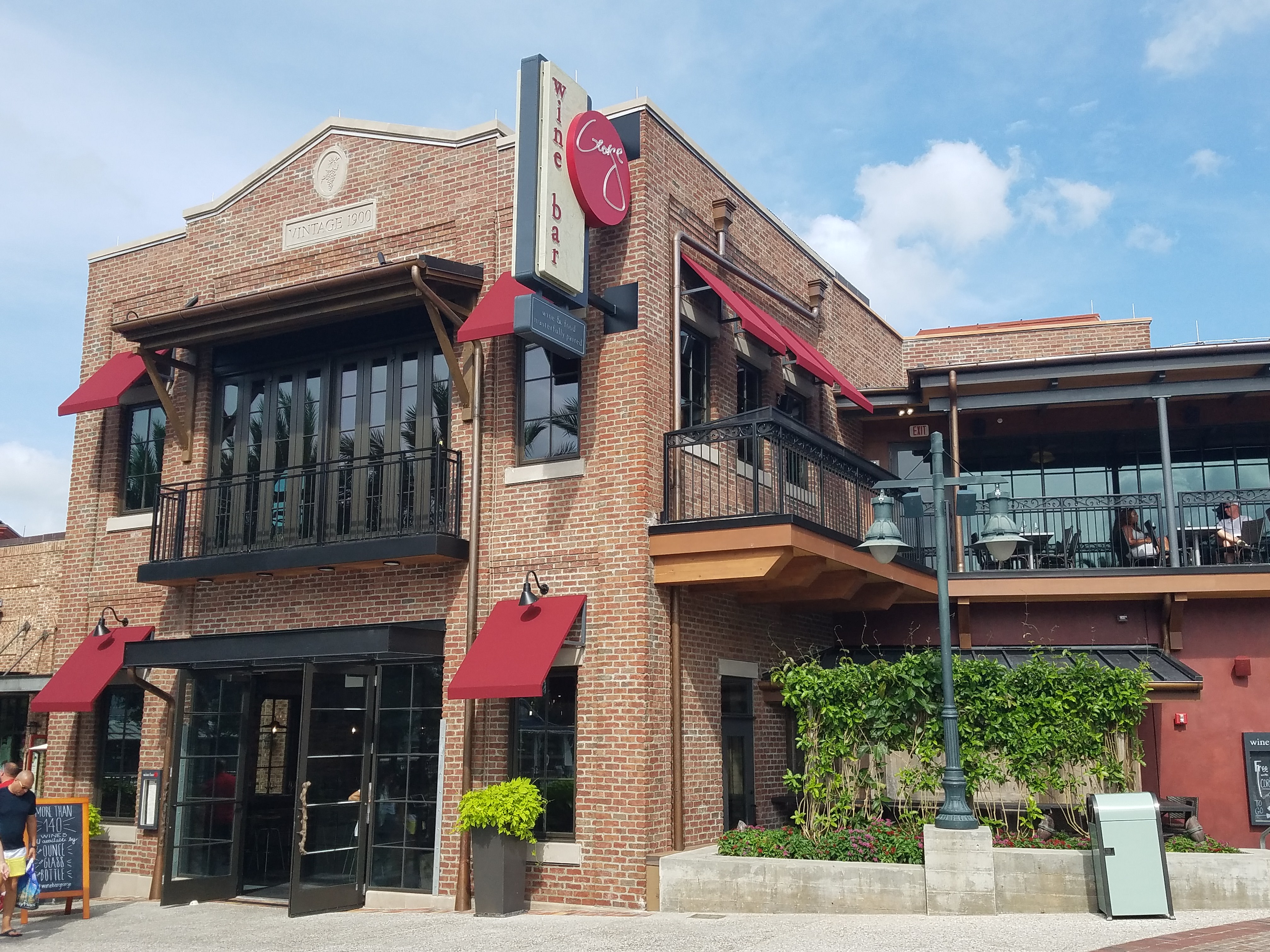 New just last month was Wine Bar George, a novel take on the wine bar experience by master Floridian sommelier George Miliotes. At first glance, it is a large, two-storey building, but it is divided into much smaller areas inside, including an extremely inviting main bar with a feature ice-coffee percolator (for their signature Wake Up Call cocktail, which infuses fresh espresso essence with Barsol Pisco and Espresso Liqueur and is even more delicious than it sounds). The wine list – by the ounce or glass – is magnificent, and the menu, while relatively modest, has some real gems, too. Seek out the family-style Skirt Steak platter, which is big enough for four (!), and you’ll be sure to thank us. 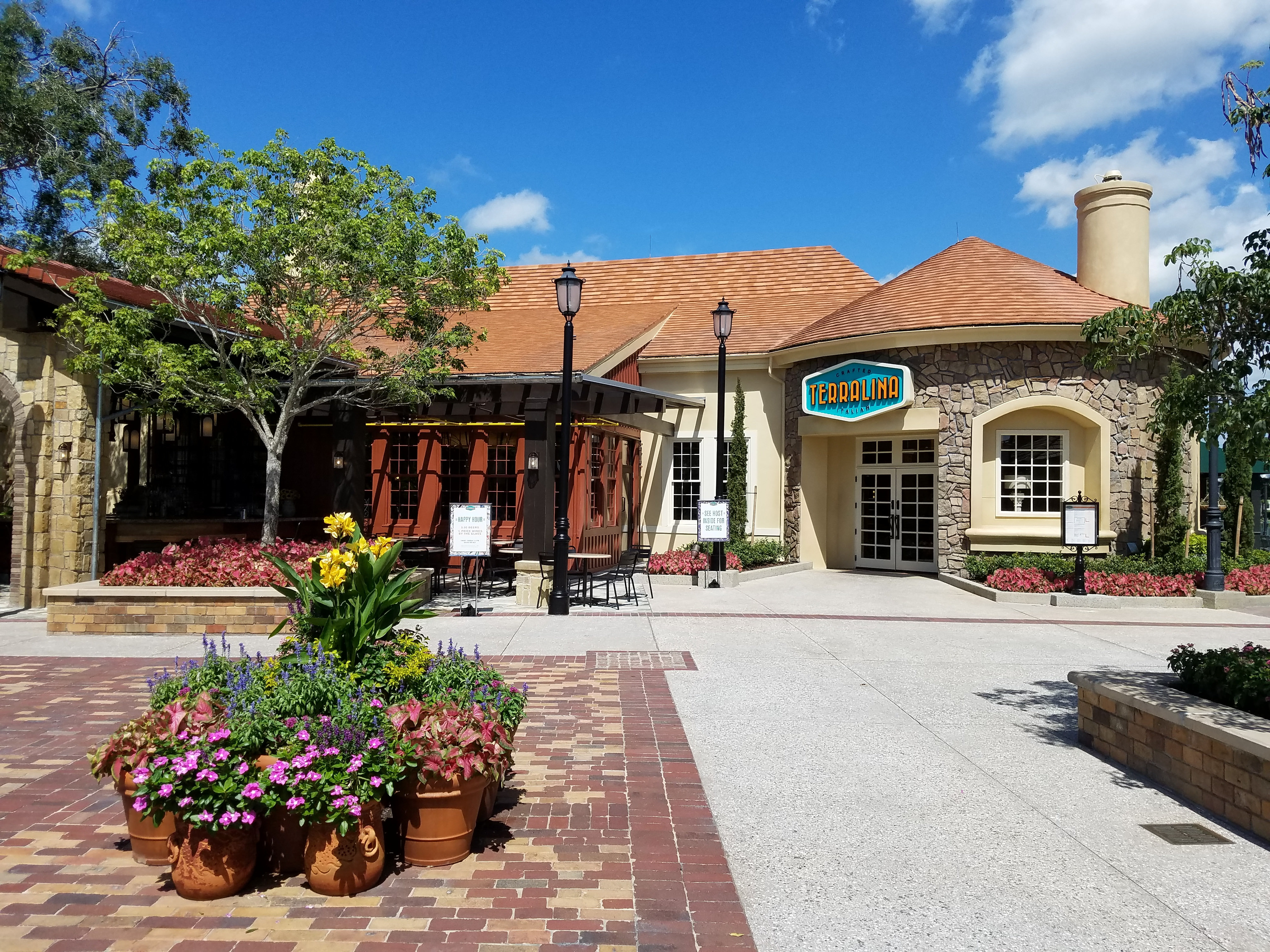 Another new name – but not a new space – is Terralina Crafted Italian, right next to the steamboat-style Paddlefish restaurant in The Landing. Formerly Portobello, it has been completely rebuilt both inside and out but still offers a superlative array of rustic Italian food from James Beard Award-winning chef Tony Mantuano. On our most recent visit we tried the Crispy Chicken Piccolini, Caprese Salad and Swordfish Pepperonata, all of which were totally tastebud-pleasing, while the Revered Heritage cocktail (a smoky bourbon blend) is Simon’s new fave. 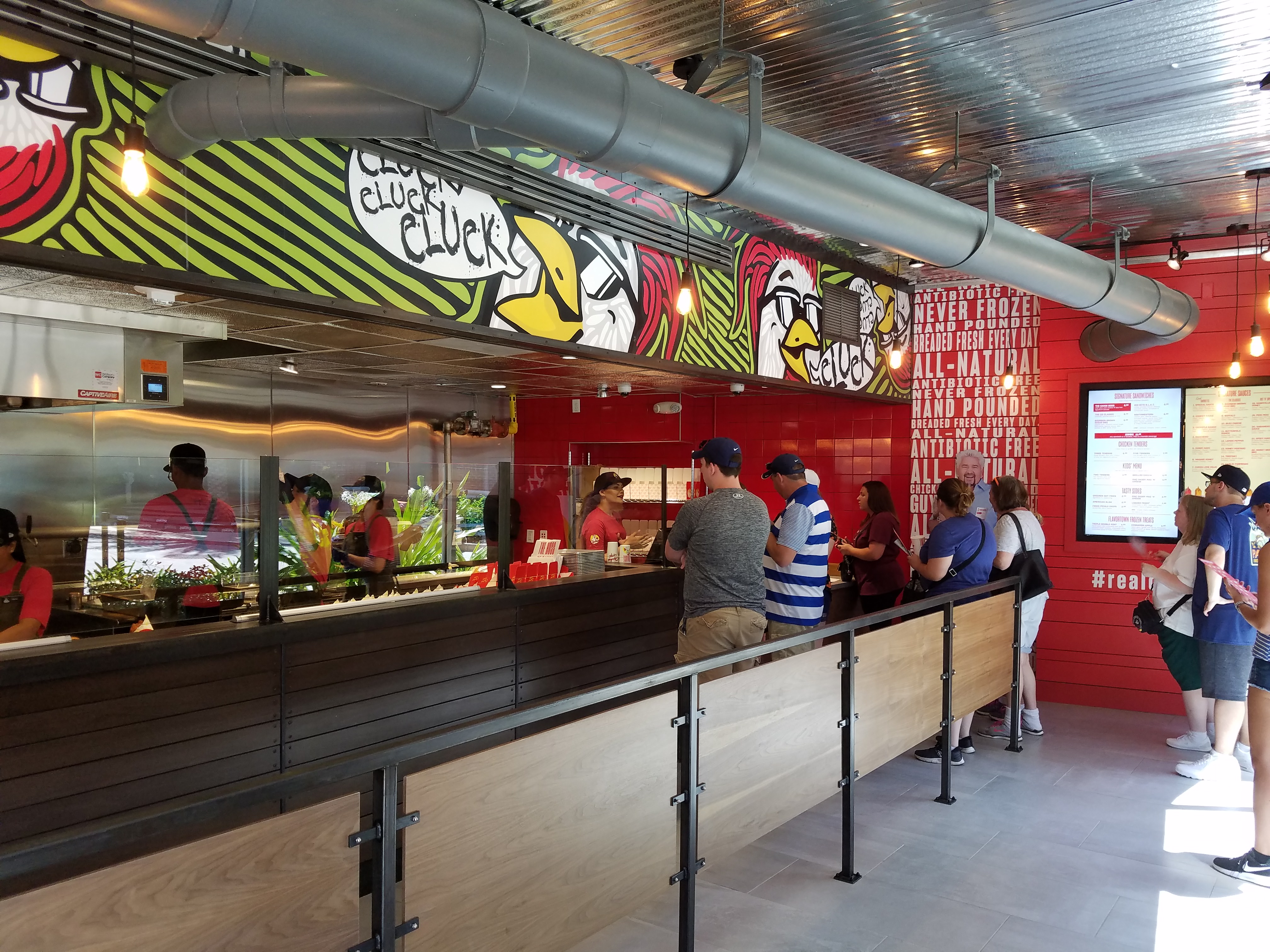 To complete the latest display of dining delectation, Chicken Guy has just opened next to Planet Hollywood, a counter service but new take on fried or grilled chicken, served up in sandwiches, salads or on skewers with an array of imaginative sauces (try the garlic parmesan, or, if you’re feeling daring, the ultra-spicy Donkey Sauce!). It’s fun, tasty and a much cheaper option than many others hereabouts. 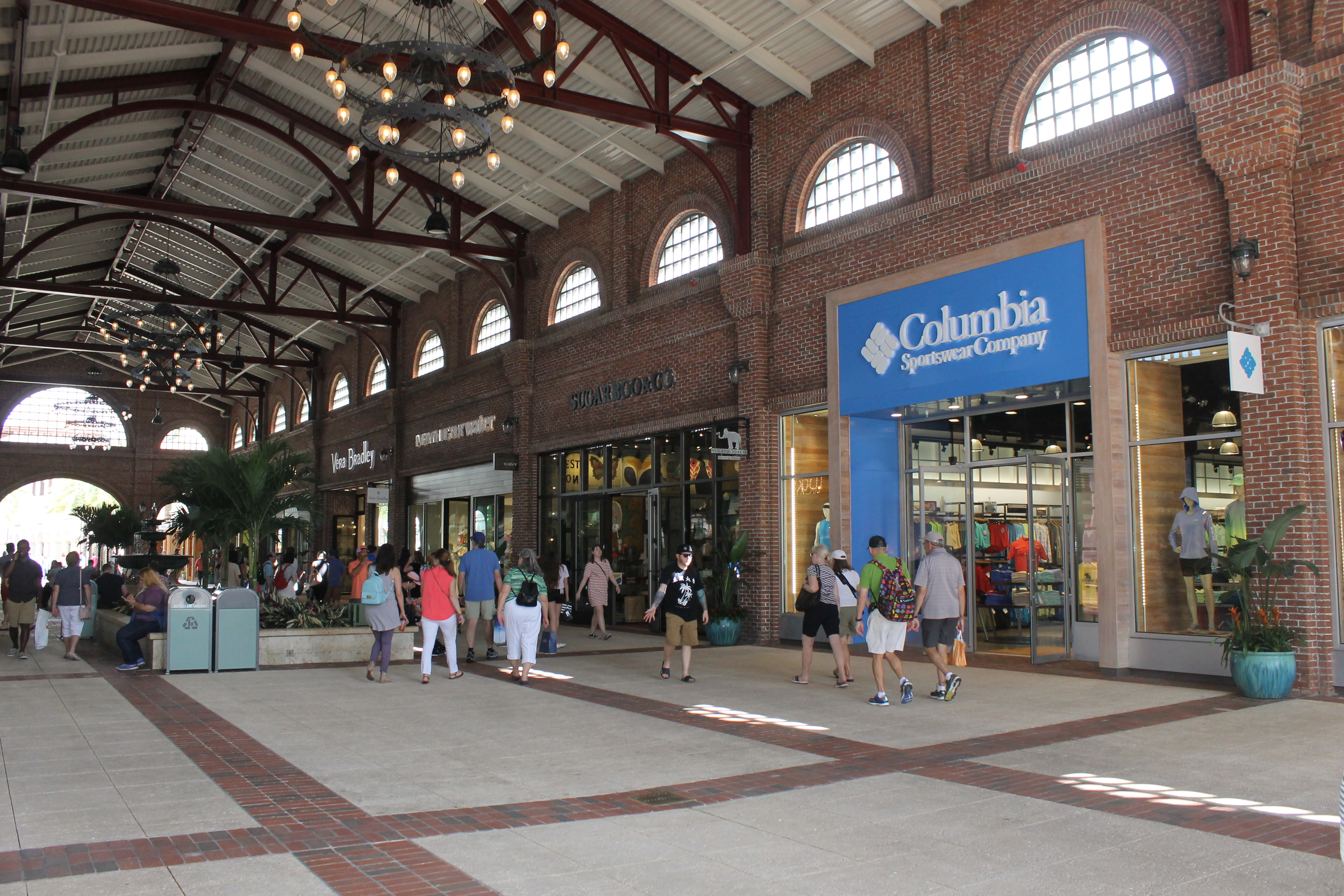 Disney Springs has become a serious venue for fashionistas since its transformation, with the addition of big-name designer brands like Uniqlo, UGG, Sanuk, Zara, Tommy Bahama, Sephora, L’Occitane, Pandora, Superdry, Lacoste, Lilly Pulitzer and many more. There are now 100-plus shops, carts and kiosks to choose from, and the Town Center area in particular is loaded with fabulous options. 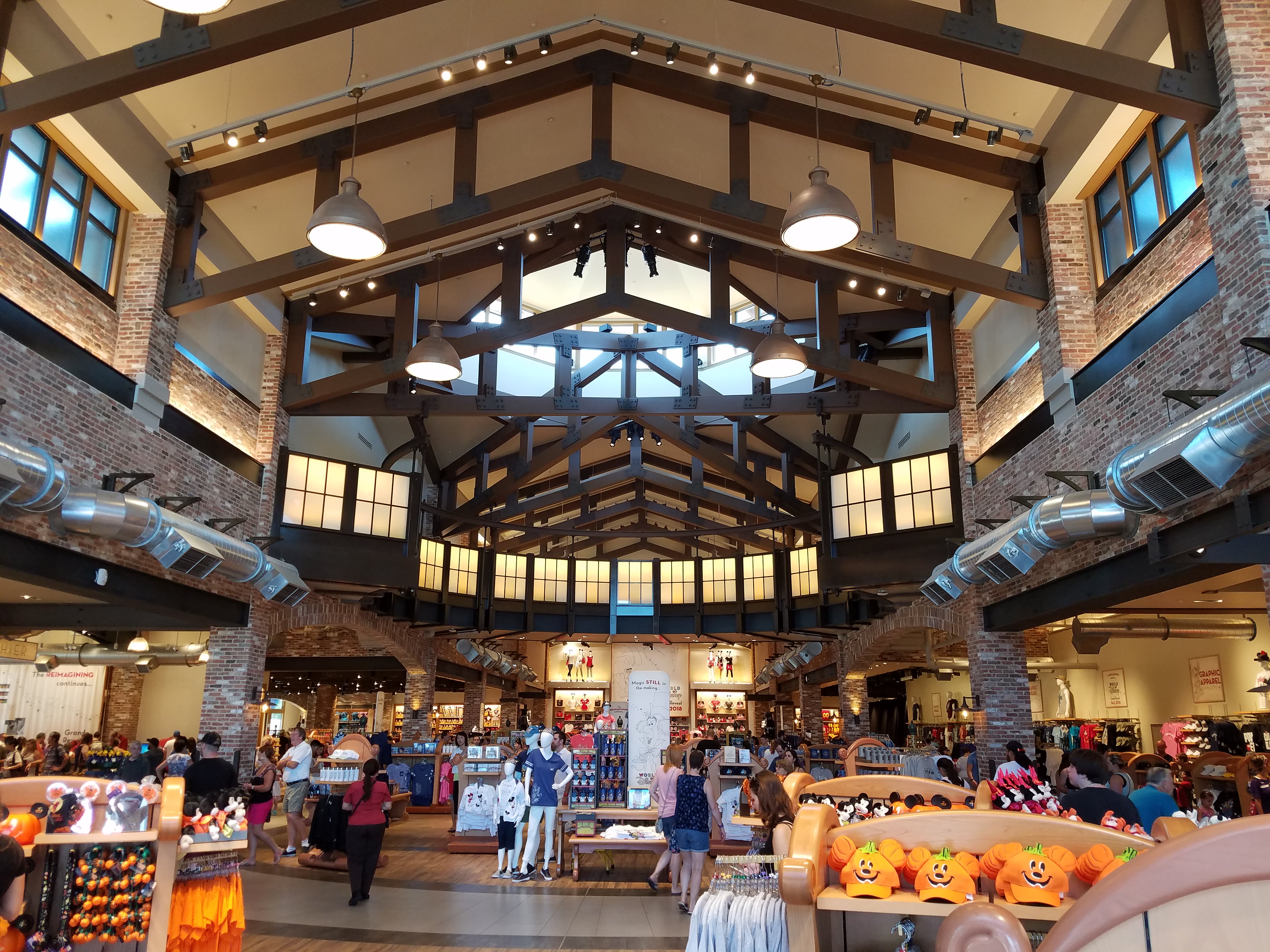 You want more Disney merchandise, Disney Springs has GOT more Disney merchandise, and then some! Just to start with, the huge World of Disney store in the Marketplace section is undergoing a complete refurbishment, opening in stages throughout this year. The new look is sleek and shiny, and also makes it slightly easier to find what you’re looking for in this vast emporium. The final stage of the makeover should be complete this autumn. 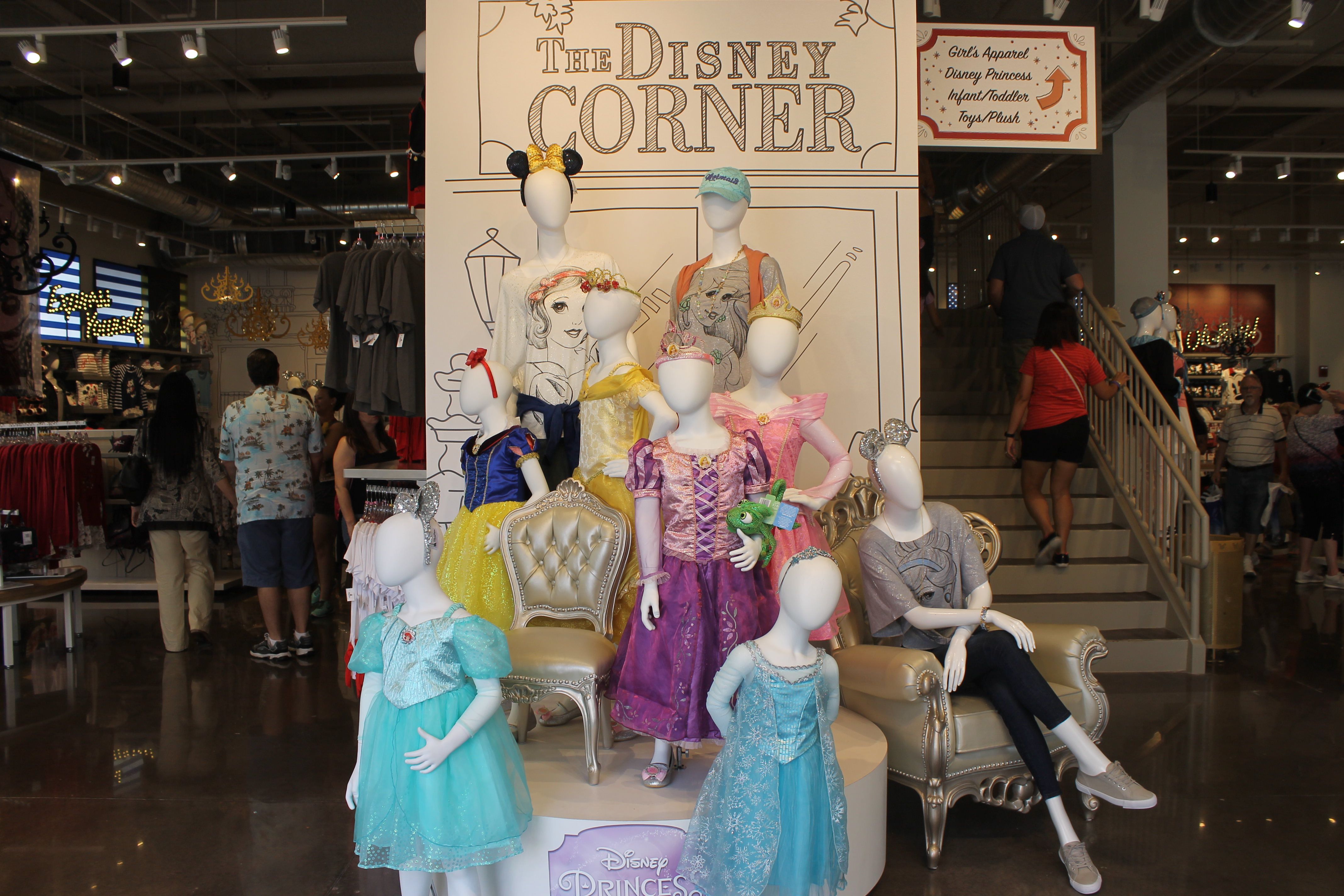 Brand new in 2018 are also The Disney Corner, a twin-level boutique offering apparel, accessories and gifts with a Minnie Mouse or princess theme, and DisneyStyle, which is more of a half-way house towards World of Disney, with its own array of fashion clothing, headware, handbags and collectibles themed after films like Peter Pan and Tangled, but also general Disney icons. Both shops are different, so you will definitely want to check them out. 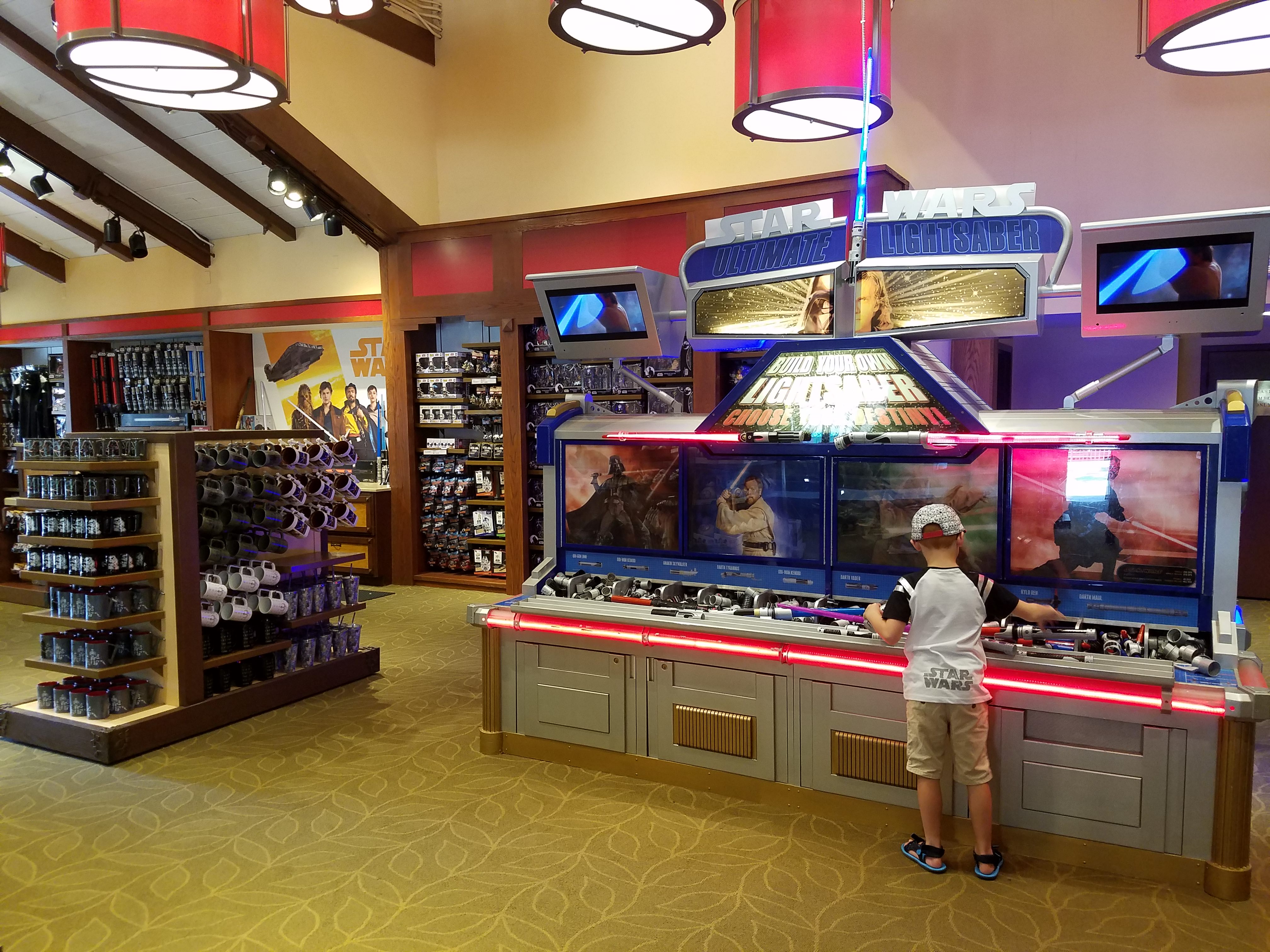 Star Wars fans will want to make a bee-line for the Marketplace section, where the Star Wars Trading Post is also new, while, over at the West Side, Star Wars Galactic Outpost is a similar offering for all your light-saber needs! Ready for something different? Try any of Savannah Bee (for honey-inspired health and beauty products), Bowes Signature Soy Candles (in a special section of the Marketplace Co-op, with candles, scented oils and burners), and Rinse Bath & Body Co kiosk (another pleasant selection of everyday pampering and bath accessories). 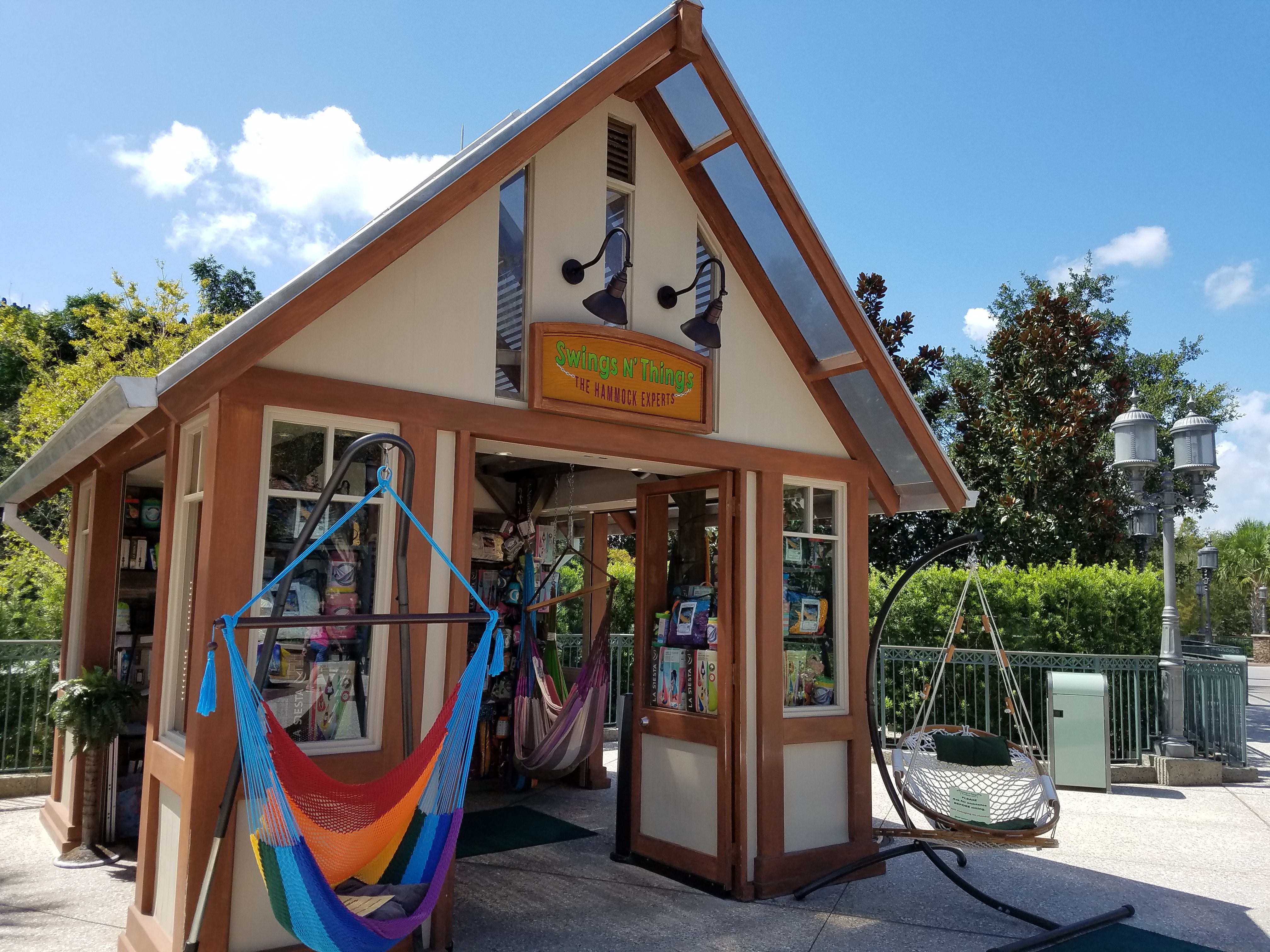 When you need to take things easy, the new Swings N’ Things kiosk has plenty of ideas for hammocks and porch swings, with some clever takes on how to rustle up some back-garden relaxation. Footy fans will also want to know that the former United World Soccer store is now Pele Soccer, borrowing the name of the Brazilian legend but maintaining its fine array of soccer-related merchandise from top leagues around the world. 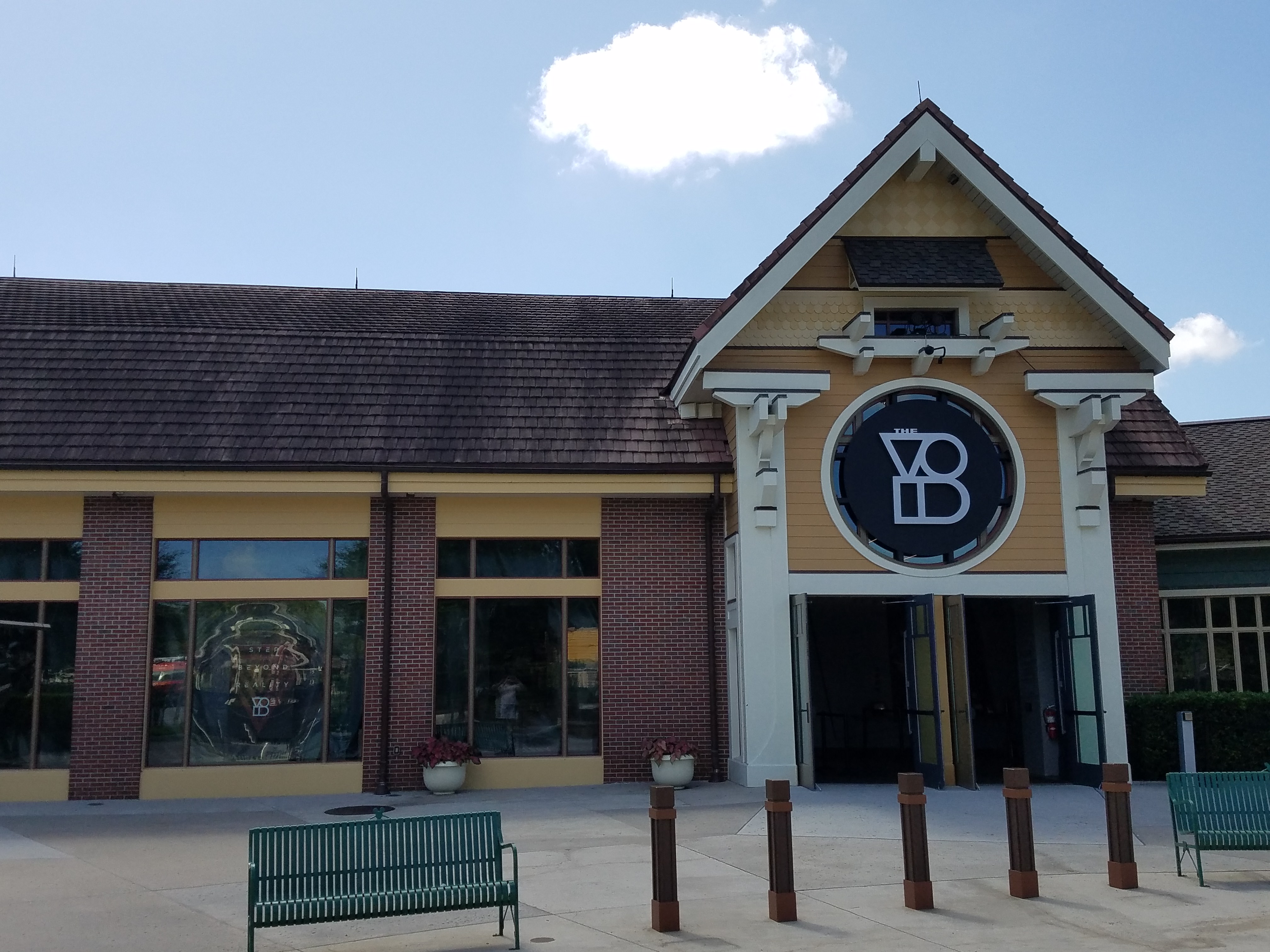 Finally, for an activity that should tick all the boxes for game-players, activity addicts, video fans and just out-and-out Star Wars followers, you’ll want to know about The VOID - Star Wars: Secrets of the Empire, which is new in the Marketplace area of Disney Springs (just behind Once Upon A Toy and slightly out of the way). It is billed as “a multi-sensory, untethered hyper-reality adventure,” which basically means it is the latest technology for a role-playing 4-D game in an elaborate Star Wars setting. 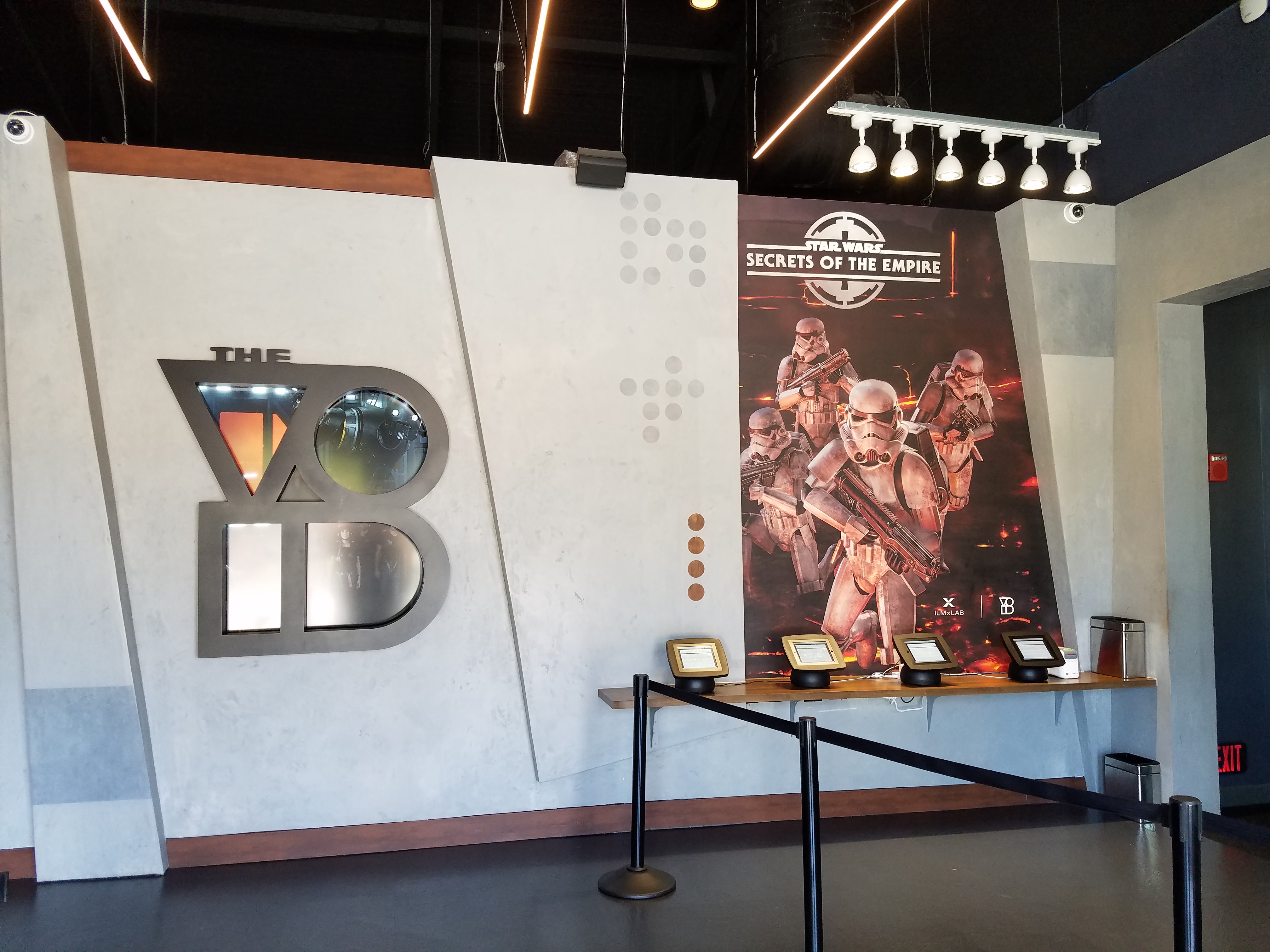 In this adventure, teams of four suit up (with back-packs and 3-D head-sets) to go on a free-roaming mission for the Rebellion inside an immersive, tactile environment that recreates signature moments from the films in a creative, entertaining fashion. The whole experience lasts around 40 minutes, with 15-20 inside the game itself, and the fun of blasting Imperial stormtroopers is right up there with all the best entertainment Disney has in this 47-square-mile wonderland.

So, the next time anyone asks, “Why do you keep going back to Orlando?” Just point them to this blog!

Want to know more about Disney Springs or any other aspects of Walt Disney World? Come and ask your questions – or tell us your experiences – on the ATD forums!