Celebrate #SharkWeek with Some Shark Spotting in Orlando

This week, it’s Shark Week on the Discovery Channel and the world is going mad for these toothy terrors of the sea. Discovery are showing fin to fin shark programs all week, and stars such as Katy Perry are all over social media talking gnasher size and swim speeds.

It’s made us think about our favourite shark encounters in Orlando, past and present. When you think about sharks, you can hardly help but conjure up that iconic piano sequence…duuun dun duuun dun dun dun dun. The Jaws ride, though sadly retired from Universal Studios Florida now, remains one of our favourite ever rides for the pure terrifying suspense it built as you cruised along on the boat, waiting for the Great White Shark to burst out on you. You can still see a momento of this great ride in the San Francisco area of the park, and pose for a photo with your head in the jaws of the man himself! If you’re feeling a bit braver though and you’d prefer to see the real thing, you can at Discovery Cove with a visit to the Grand Reef, where guests can cross a rope bridge above a shark filled lagoon. There is also the opportunity to view these magnificent creatures behind very strong glass as you swim and snorkel with exotic fish and stingrays. It really feels as if you are right in the tank with them! Over at SeaWorld, Shark Encounter gives you the chance to explore the world’s largest viewing tunnel and an incredible close up view of gigantic sharks swimming just over head of you! Shark fans will love the Sharks Underwater Grill, a high-end dining experience in the SeaWorld Park which allows you to enjoy delicious food in the eerie presence of dozens of majestic sharks – all safely behind wall to ceiling glass of course! If you’re visiting SeaWorld in 2016, you’ll have some extra sharky fun to enjoy in the form of MAKO, the park’s new planned rollercoaster which has been design to replicate the speed and deadliness of the Mako shark. And what better creature to base the tallest, fastest and longest coaster in Orlando than on the fastest and most agile shark in the seas? 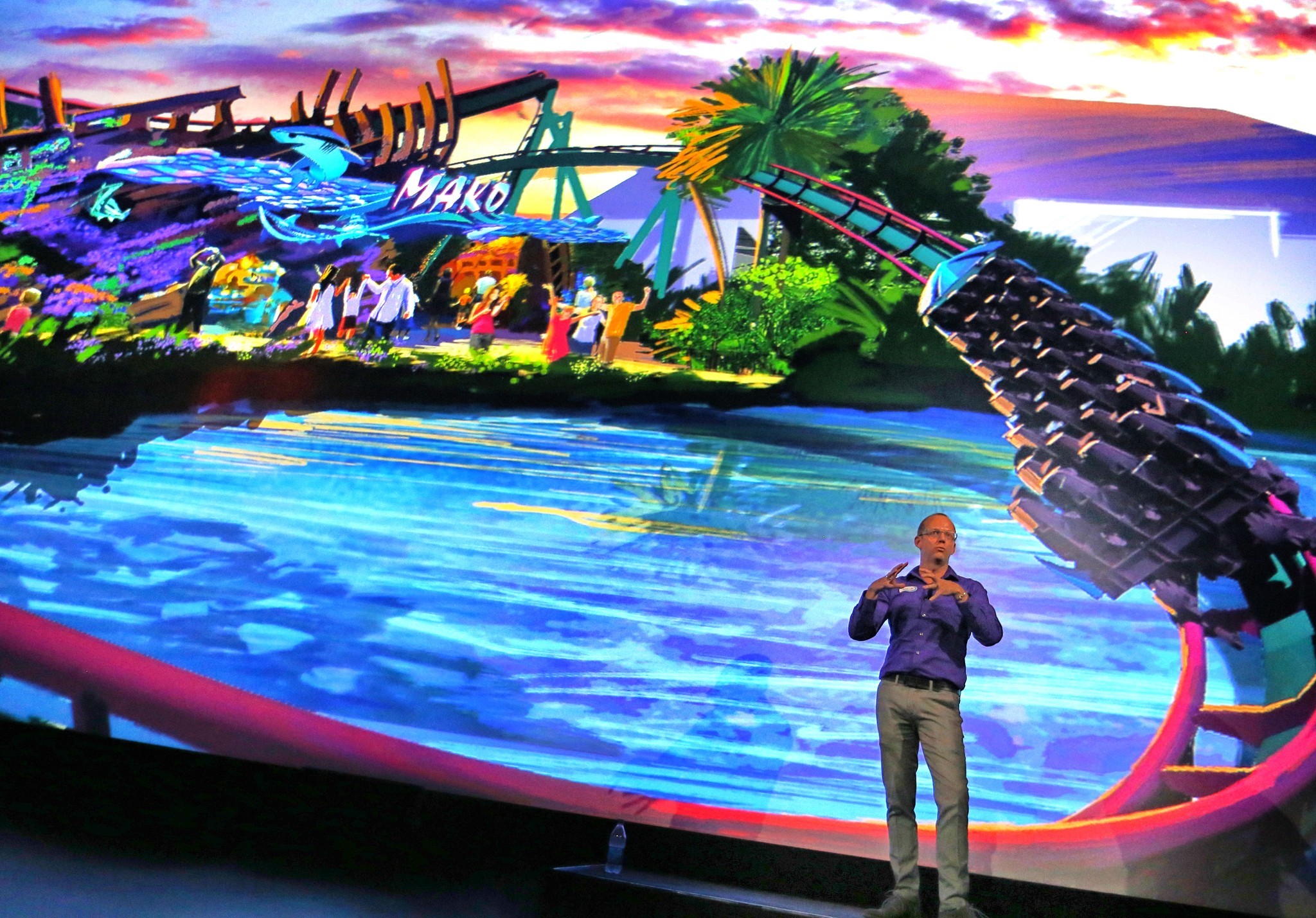 We think the designs show enough tooth to keep even the most hard-core of shark fans on the edge of their seat!

If shark week doesn’t put you off sharks for life, remember that all Discovery Cove tickets include admission to SeaWorld absolutely free, so you get double the sharky fun for one low price…as well as getting to swim with their friendlier cousins the bottle-nosed dolphins! So get down their sharkish! (sorry).