Even if you haven't personally witnessed the Wizarding World of Harry Potter at Universal's Islands of Adventure, you will know it's an experience literally out of this world, with wizardry and detail, so authentic to JK Rowling's epic novels and films, at each and every turn.  It's the detail, the Butterbeer, the Owl Post, the choosing of the wand experience at Ollivanders, even the snow covered roof tops of Hogsmeade, that makes the Wizarding World of Harry Potter so much more than just rides at a theme park.

Now all of this wizardry and all of this detail has expanded and deepened right down to the depths of the vaults of Gringotts bank and there's even more Harry Potter to experience. With just as much attention to detail,  dare we say even more, Universal Creatives blur the lines between reality and fantasy once again at Universal Studios Diagon Alley.

We've been aware of the Knight Bus parked on Universal Studios' London embankment for some time now. However, till now we thought this looming Knight Bus was present merely for appearance sakes. It turns out that aboard the purple bus will be that very strange dangling talking shrunken head and he'll be having some very funny banter with  a bus conductor who'll be in the vicinity wlecoming you to this new wizarding experience!

At Gringotts Money Exchange you'll be able to exchange your 'Muggle currency' (dollars) for Wizarding Bank Notes! So, if you thought those miserable looking goblins were stood behind the counters glaring at you for no good reason, then think again.These goblins are here to assist you. Well, not these exact goblins - as they are animatromic, but there will be a character actor dressed as a goblin waiting to assist you with your money exchange. You'll be able to use your Wizarding Bank Notes to purchase snacks and merchandise throughout the Harry Potter themed areas and the remaining Universal parks.

3. The Tales of Beedle the Bard

The Fountain of Fair Fortune and The Tale of The Three Brothers -  which was featured in Harry Potter and the Deathly Hallows Part 1 are two tales written by wizarding fairytale author 'Beedle the Bard', that will be brought to life to create a live show that will be performed just behind Diagon Alley at Carkitt Market. The performance will include a cast of four performers and props and puppetry. Indeed, Universal have been pretty hush hush about this show coming to Diagon Alley, as it's the first we've heard of it, but these three impressive posters hint that it will no doubt be an impressive show! 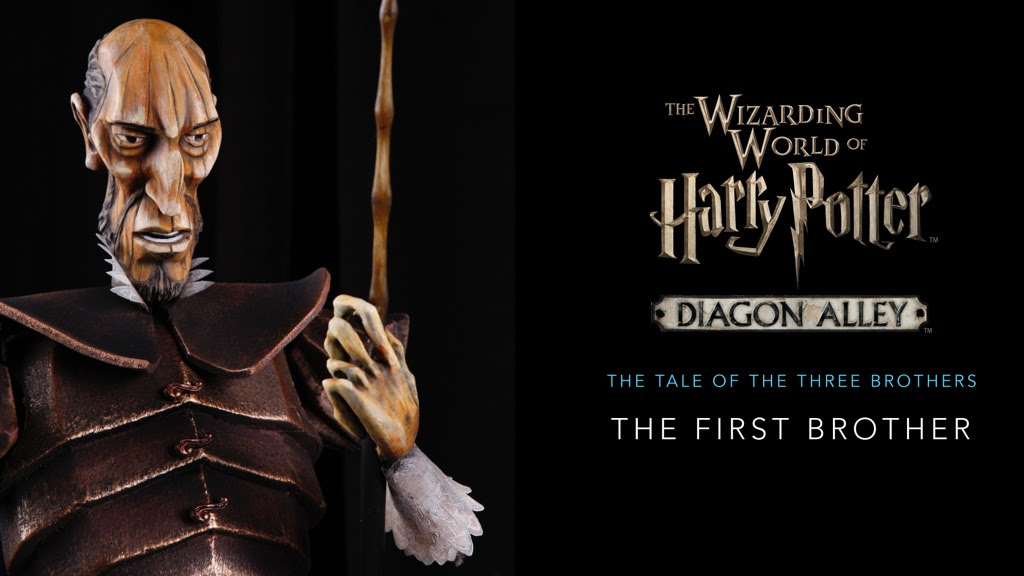 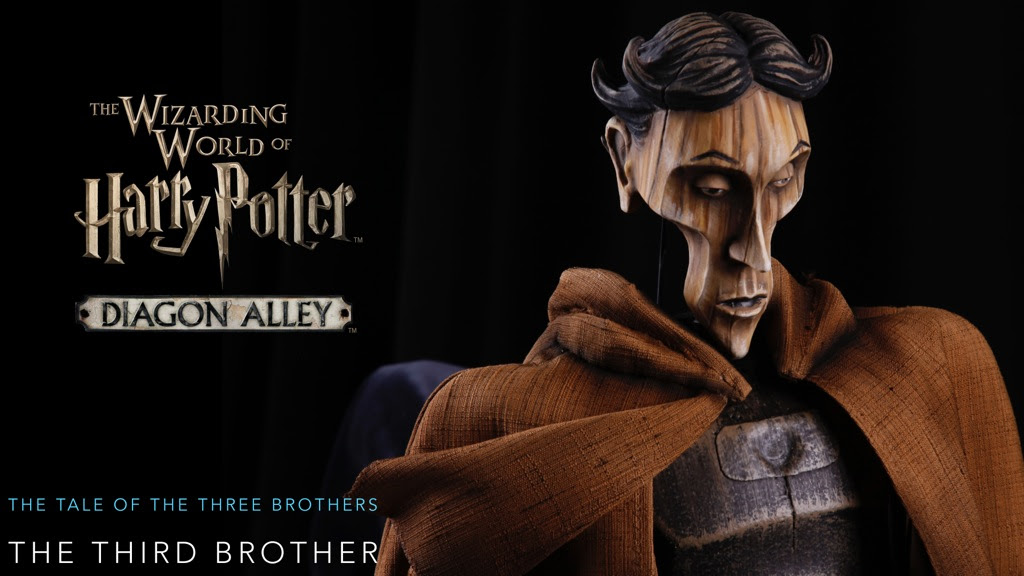 4. The Singing Sorceress: Celestina Warbeck and the Banshees

From the Wiizarding Wireless Network to Universal Studios Florida, comes musical  sensation Celestina Warbeck! She'll be entertaining you with her swinging soulful vibes, performing original never heard before songs 'A Cauldron Full of Hot, Strong Love', 'You Stole My Cauldron But You Can't Have My Love' and 'You Charmed the Heart Right Out of Me'! Titles created by JK Rowling herself. The song lyrics will reveal undisclosed information on Celestina's wand!