By ATD’s Florida Experts, Susan and Simon Veness
The ceremony celebrating Disney’s Hollywood Studios 30th Anniversary on May 1 kicked off a year of attractions, dining and entertainment that remember the park’s past and look eagerly toward its future. From legacy Grapefruit Cake to a galaxy far, far away, 2019 will be a year of excitement on an epic scale!

During its grand opening as Disney-MGM Studios on May 1, 1989, then-CEO Michael Eisner called the park “a Hollywood that never was and always will be,” and that description is as appropriate today as it was 30 years ago.

The official ceremony honouring the park’s thirtieth year drew a massive crowd of cheering fans, and rightly so. It featured the debut of the park’s new logo, and a nostalgia-laden parade that included Disney princesses and their princes, beloved characters Buzz Lightyear, Woody and Jessie from the Toy Story mega-hit movies, actors in the long-running Indiana Jones Epic Stunt Spectacular and inhabitants of Black Spire Outpost in the upcoming land, Star Wars: Galaxy’s Edge. But one of the most moving elements of the celebration was the moment when our hosts honoured the heritage Cast Members who had been with the park since opening day. And we think that human connection between 1989 and 2019 is the true heart of the Disney magic.

Along with the special day itself, we attended the media event the day before the Anniversary celebration, and we’re delighted to bring you along with us to share in the highlights.

It was our great privilege to begin our day by interviewing two Cast Members who blended past with present. Kevin Brassard was the original actor who played Indiana Jones in the Indiana Jones Epic Stunt Spectacular, and he shared his memories of learning the role, saying, “It was a nine-month training period with three of the best stuntmen in the business at that time, [who] taught us how to be stunt men and women. And we, in turn, as the years progressed, have taught others as well, and passed on that knowledge.”

TJ is another heritage Cast Member, who recalled, “I opened SuperStar Television, and I’ve worked throughout the park, at Star Tours and [on] the opening crew for Hollywood Tower Hotel. I’m currently on the Test and Adjust team for Star Wars: Galaxy’s Edge. I literally got to be part of the past, present and future of Disney’s Hollywood Studios.” 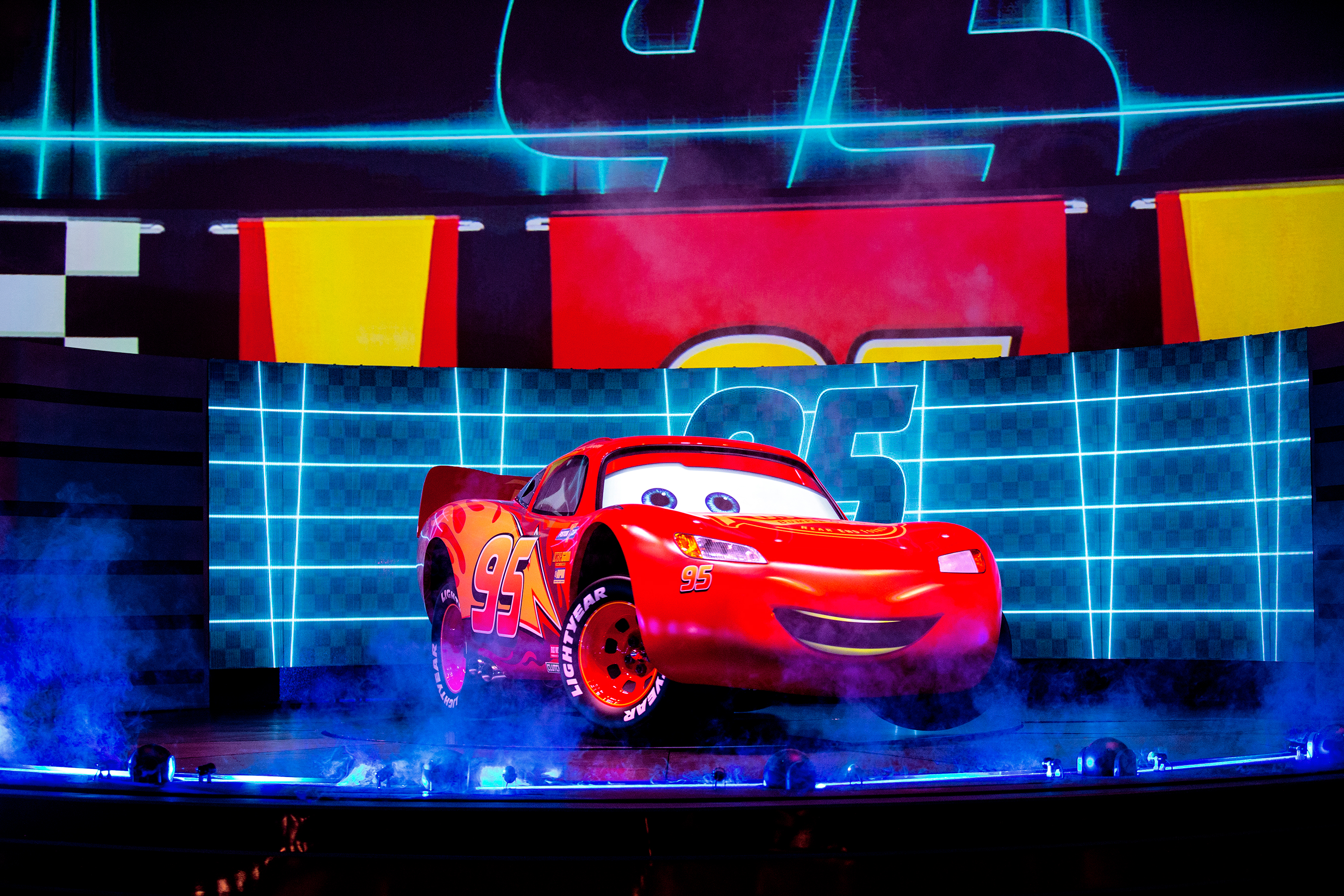 Later in the day we attended a viewing of the park’s newest attraction, Lightning McQueen’s Racing Academy, which is now open and features everyone’s favourite red race car along with his friends Mater, Cruz Ramirez, Luigi, Guido and Fillmore.

At his brand new racing academy, Lightning McQueen teaches the rules of the road to rookie drivers, but things don’t always go the way they’re supposed to and he ends up in a decisive race with his nemesis, Chick Hicks. It’s a high-octane show, with plenty of action and the inspiring message that teamwork and friendship proves anything possible.

Disney Parks Live Entertainment and Pixar worked together to create this 10-minute attraction, with its 17ft high, 200ft long wrap-around screen and Lightning McQueen himself taking centre stage. Kids adore the show, but the fun doesn’t stop there. Out in the courtyard, characters DJ and Cruz Ramirez are on hand to pose for photos, and a fabulous games and dance party takes place there several times daily.

Youngsters can join Lightning McQueen’s Pit Crew at DJ’s Ready! Set! Party Time! experience, taking part in a series of kid-friendly games, then showing off their dance moves as DJ cranks out the tunes and the pit crew lead the party. Don’t have children with you? The dance party has spectacular spectator value, so stop by and watch the fun anyway!

Interaction is a highlight of An Incredible Celebration, too, which features Mr and Mrs Incredible and their friend Frozone as they lead The Super Shindig, a dance party the whole family can take part in. You can meet Edna Mode, super-suit designer, and then, to fuel up again after your exertions, treat yourself to a red, black and yellow Incredibles Macaron (we ate two, each)!

Because no celebration would be complete without party munchies, there are also special food and beverage offerings that recall iconic treats from the past thirty years, and we were delighted to see the return of a sentimental favourite, Hollywood Brown Derby’s luscious Grapefruit Cake. Other new items include an adorable Sorcerer’s Hat tart (lemon sponge cake on a shortbread base, with an edible glitter glaze!) that is a nod toward the larger-than-life blue sorcerers hat which formerly had pride of place at the end of Hollywood Blvd, and a sweet Playful Luxo Ball passionfruit/mango mousse tart, the snack-sized version of the giant Luxo ball in Toy Story Land. 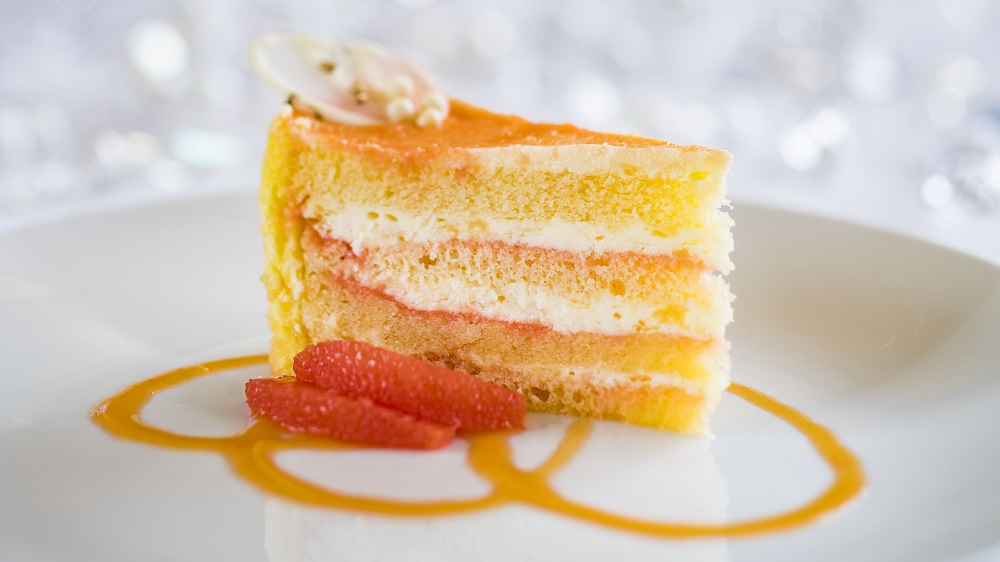 Star Wars fans won’t want to miss the Lightsaber Churro (choose blue sugar coating if you’re a Rebel at heart, red sugar coating if the Evil Empire is more your thing), or go full-on Dark Side with the scrummy Kylo Ren chocolate cupcake, topped with a milk chocolate likeness of the champion of the First Order.

Disney traditionalists can indulge their taste for the classics with a legacy Hollywood Brown Derby Cobb Salad and a delightful Minnie Cake or Mickey Cake cupcake, and there are several more sweet and savoury temptations themed to Hollywood Studios’ past, and its future.

The land we’ve been waiting for with bated breath, Star Wars: Galaxy’s Edge, will begin it’s phased opening on August 29, and it is absolutely guaranteed to be next-level entertainment. We had a sneak peek into the area during the media preview, and we can confirm Black Spire Outpost is like nothing you’ve seen before.

From curious carvings in the canyon’s rock walls to winding pathways that practically beg you to discover the mysteries around each bend, this outpost at the furthest reaches of space is Imagineering at its finest. Fan focus may be on Black Spire Outpost’s two headliner attractions, Millennium Falcon: Smugglers Run (opening August 29) and Star Wars: Rise of the Resistance (opening later this year), but the outpost’s shops, cantinas and hidden nooks and crannies are going to be an attraction unto themselves. We’re counting down the days until all is revealed, and we’re certain you are, too! 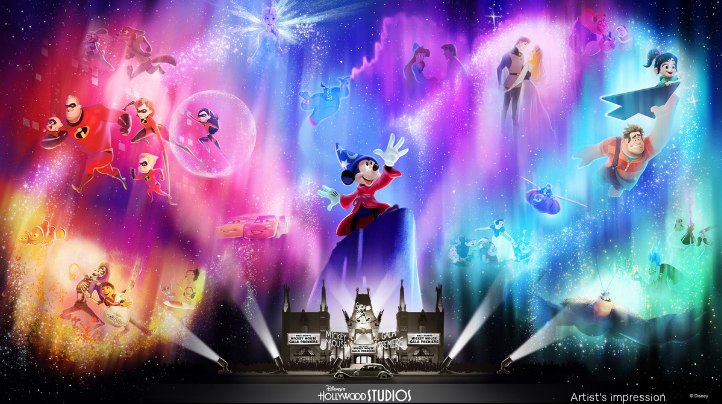 As night falls, guests have one final treat in store with the brand new projection show, Wonderful World of Animation. All of Disney’s beloved animated movies parade across the park’s iconic Chinese Theater in a cavalcade of nostalgia—with a grand finale sure to tug at the heartstrings.

There is more to look forward to in the future at Disney’s Hollywood Studios, with the Spring 2020 opening of Mickey and Minnie’s Runaway Railway. Guest will experience the rollicking cartoon world Mickey and Minnie inhabit. With Goofy as the train’s conductor, well, anything can happen! We have it on good authority you’ll be singing its catchy theme song in your head for the rest of the day.

And that brings us full circle, showing how Disney’s past and Disney’s present are a seamless timeline that honours its roots while setting its sights firmly on the future.

What are you looking forward to most as 2019 celebrates thirty years of excitement at Disney’s Hollywood Studios? Share your thoughts with us on Attraction Tickets Direct’s discussion forums!