The Christmas Party You Must Not Miss

The last time you visited Magic Kingdom in November or December you watched jealously as throngs of happy holiday-makers poured into the park, having been greeted by Cast Members decked out in festive Christmas-wear. You watched with growing envy as they munched on Mickey-shaped cookies and had their photo taken with The Main Mouse in his Christmas sweater. And you wept silently inside each time you passed an inflatable candy cane, which indicated a treat station you wouldn’t be visiting as you were filed out of the park and into the sadness. This time you’re going to be among that throng, and you’re going to love every minute of it.

Arriving at Magic Kingdom on a Mickey’s Very Merry Christmas Party night (we’ll refer to it as MVMCP from now on, which is what all the cool kids call it), is something special all on its own. Even the tollbooth archway leading to the car park is decorated for the event. Then, you walk into Town Square and the full reality hits you: this really IS going to be a spectacularly festive night. It’s okay to shed a tear when you see the giant Christmas tree, Main Street USA and Cinderella Castle lit up for the party. We understand. 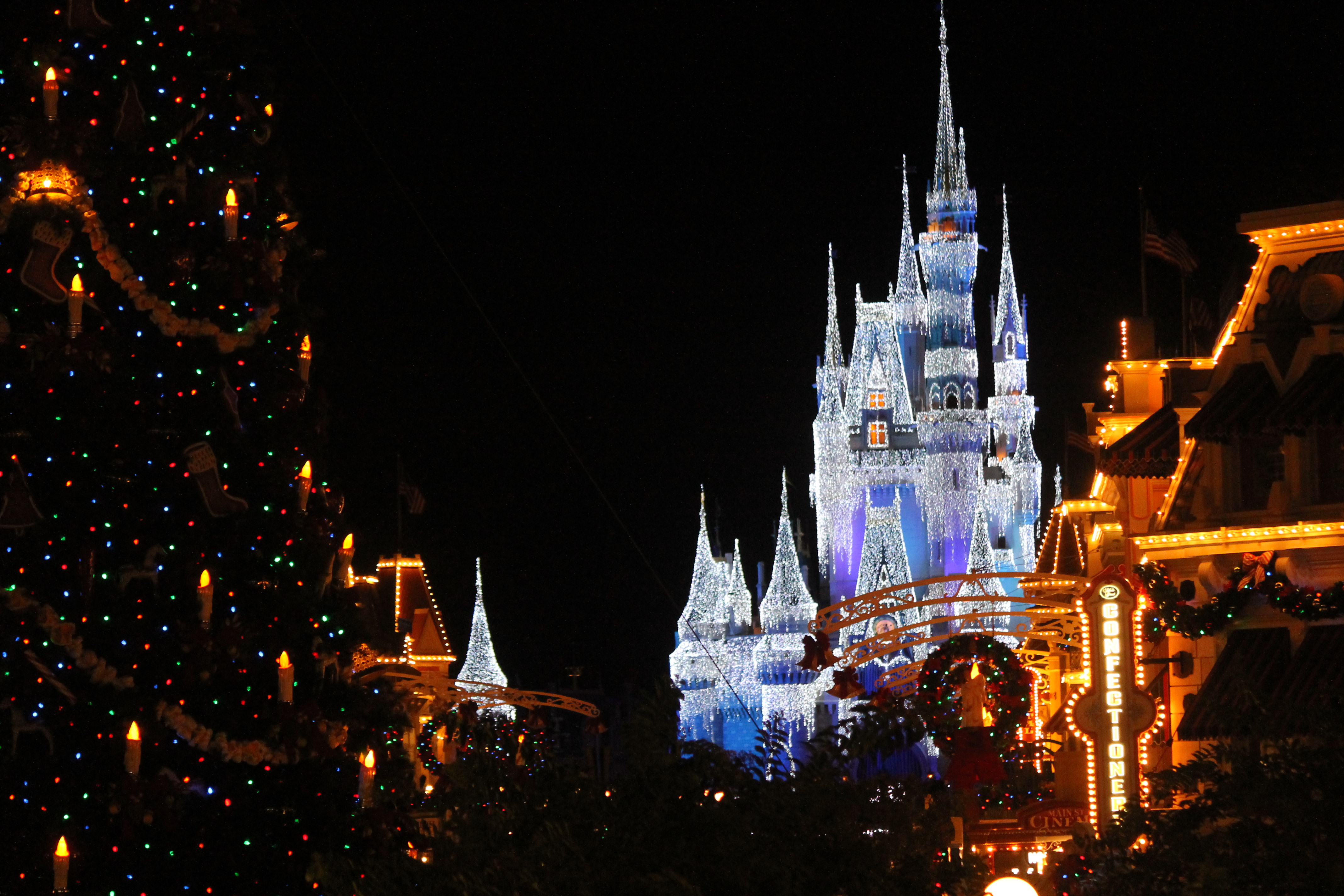 But let’s start with the important stuff: party-exclusive food party-exclusive entertainment. MVMCP is all about the entertainment, and while it’s tempting to spend every last minute that doesn’t include a photo with Mickey or Holiday Wishes by making multiple stops at each of the treat stations, there is far more to the party than that, and far more than you can pack into one night.

At a minimum, you should take in the fantastic Once Upon A Time Christmas Parade and Holiday Wishes, and you must not miss the magical Frozen Holiday Wish. Nothing says “Disney Christmas” like the twinkling lights on Cinderella Castle.

There are also stage shows and dance parties, including Mickey’s Most Merriest Celebration (featuring Mickey and his pals), a capella groupThe Edge Effect, and A Totally Tomorrowland Christmas (Buzz, Stitch, and Mike Wazowski) plus Storybook Circus Disney Junior Jingle Jam (with Timon or Vampirina) and Club Tinsel dance party (with polar bears and reindeer) in Cosmic Ray’s restaurant. 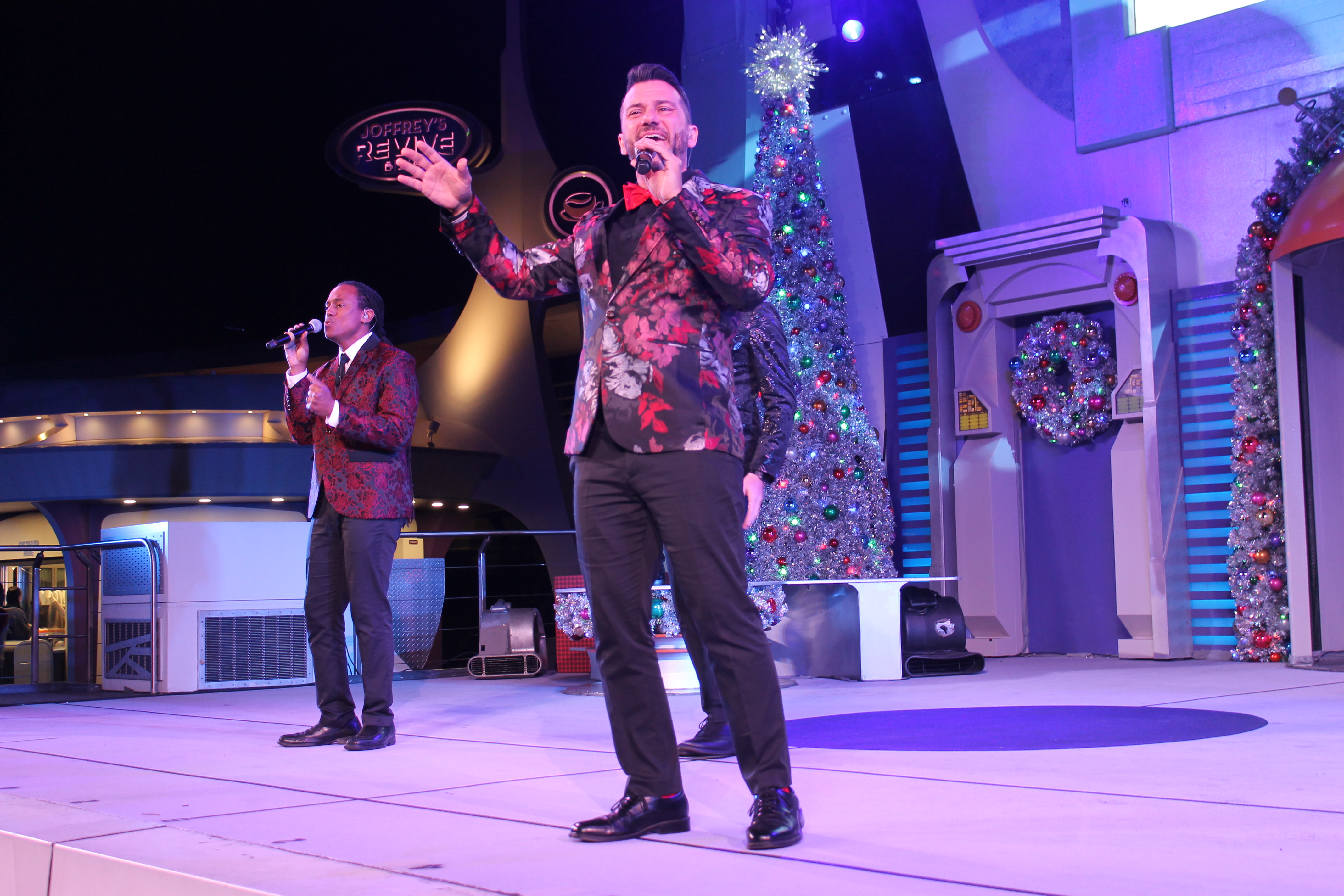 Along with Mickey and Minnie, there are 31 characters ready to pose for your holiday snaps, including coveted meet-and-greets with Jack Skellington and Sally from The Nightmare Before Christmas (queue up early or risk two-hour waits), princesses and their princes, all seven of the Seven Dwarfs, and that annual favourite, Santa Goofy. The “real” Santa is there, too. Ladies, take note: although Jack Sparrow no longer does his Pirate Tutorial, he does pop ʼround for MVMCP! With the free Memory Maker you got when you purchased your 14-Day Ultimate Ticket through Attraction Tickets Direct, you’re going to want to load up on as many photos as possible. 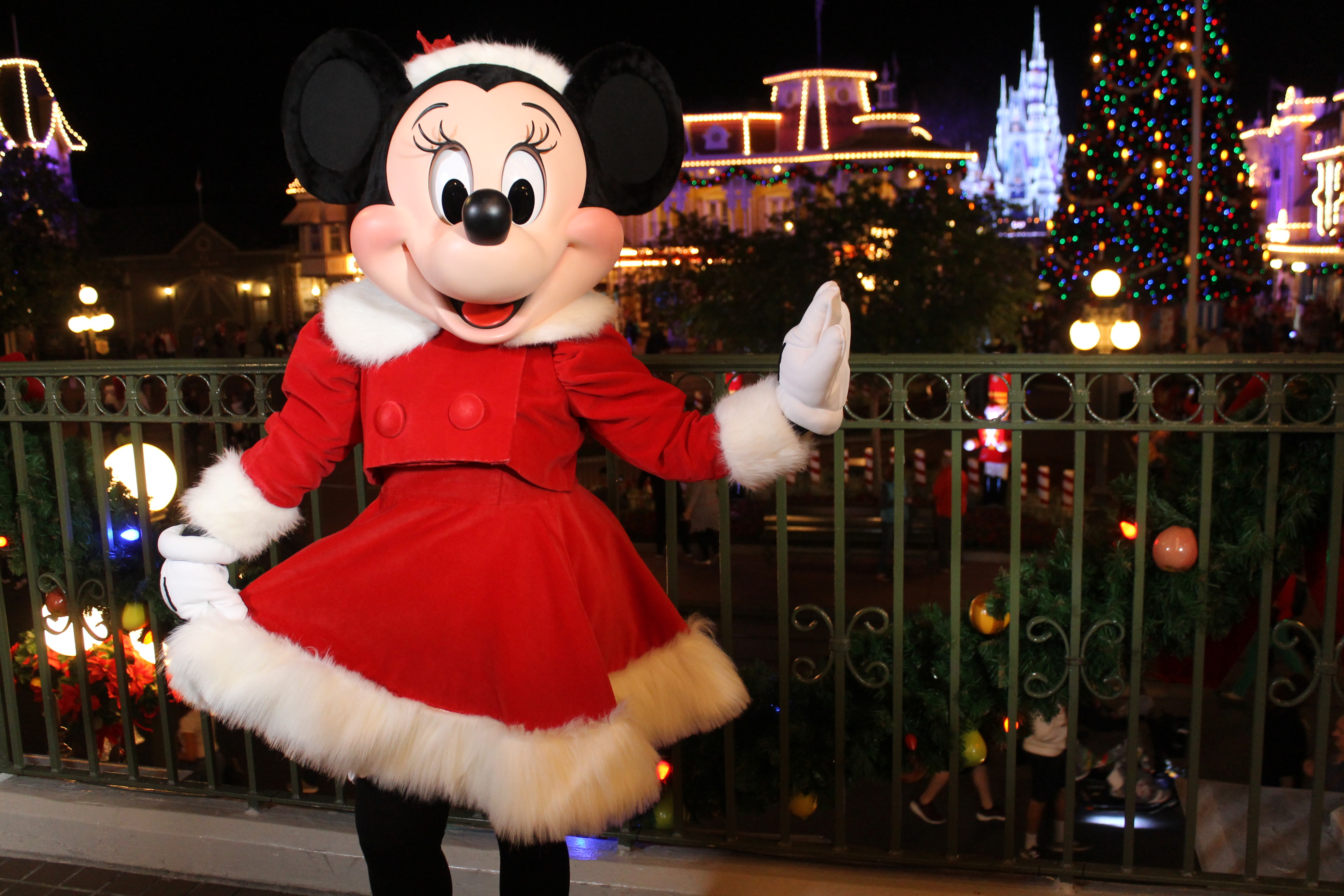 Equally enticing are the special Magic Shots, and we don’t mean the kind you throw down your throat. This year, some shots include a little ‘something sweet’, some features comical or beloved characters, many have props, and one involves video. We won’t give any of them away, but we urge you to stop along Main Street U.S.A. for the video shot. Superb!

Treat stations are among the party experience’s greatest delights, and there are seven locations around the park that hand out goodies, including a snowman-shaped soft pretzel and a Sno-Cone in Adventureland; Eggnog and cookies in Liberty Square; cookies, non-alcoholic apple cider and DOVE chocolates in Fantasyland; and cookies, hot chocolate and Sno-Cones in Tomorrowland.

One of the thoughtful advancements this year is that the cookies come in cellophane bags, so they’re much more resilient than they were in years past, when you had to wrap them in a serviette and hope the edges didn’t break off. 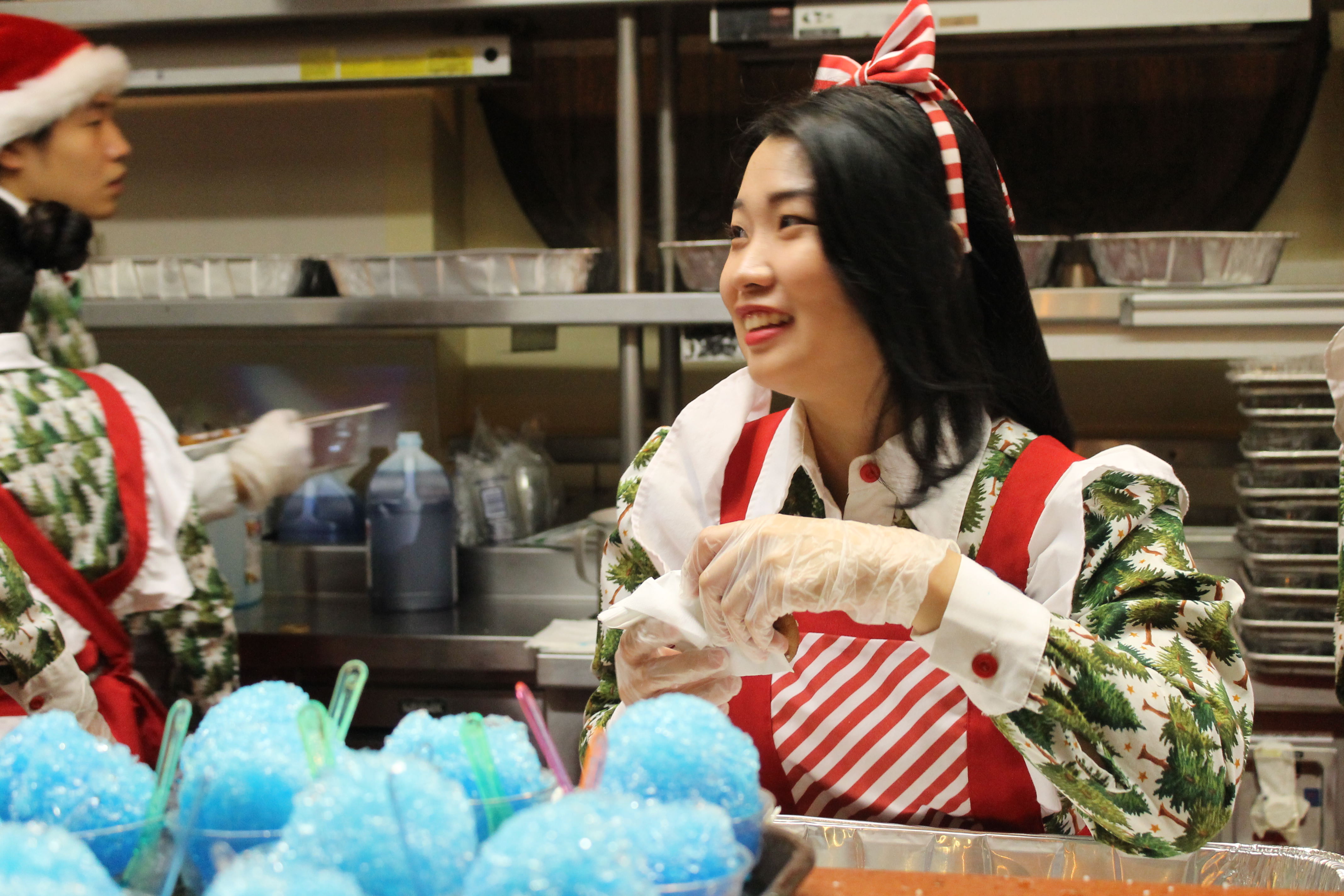 There are party-themed foods for purchase, too. Try the Sugar Rush Jumbo Cupcake (and we do mean jumbo!), the Mickey Ornament Gingerbread Cookie, or the yummy Vanellope Éclair, which is surprisingly light and not overly sweet. Each of the restaurants also feature holiday-themed items, such as the Holiday Mickey cinnamon roll, peppermint soft-serve cone, Ugly Sweater brownie and a lovely chocolate yule log. 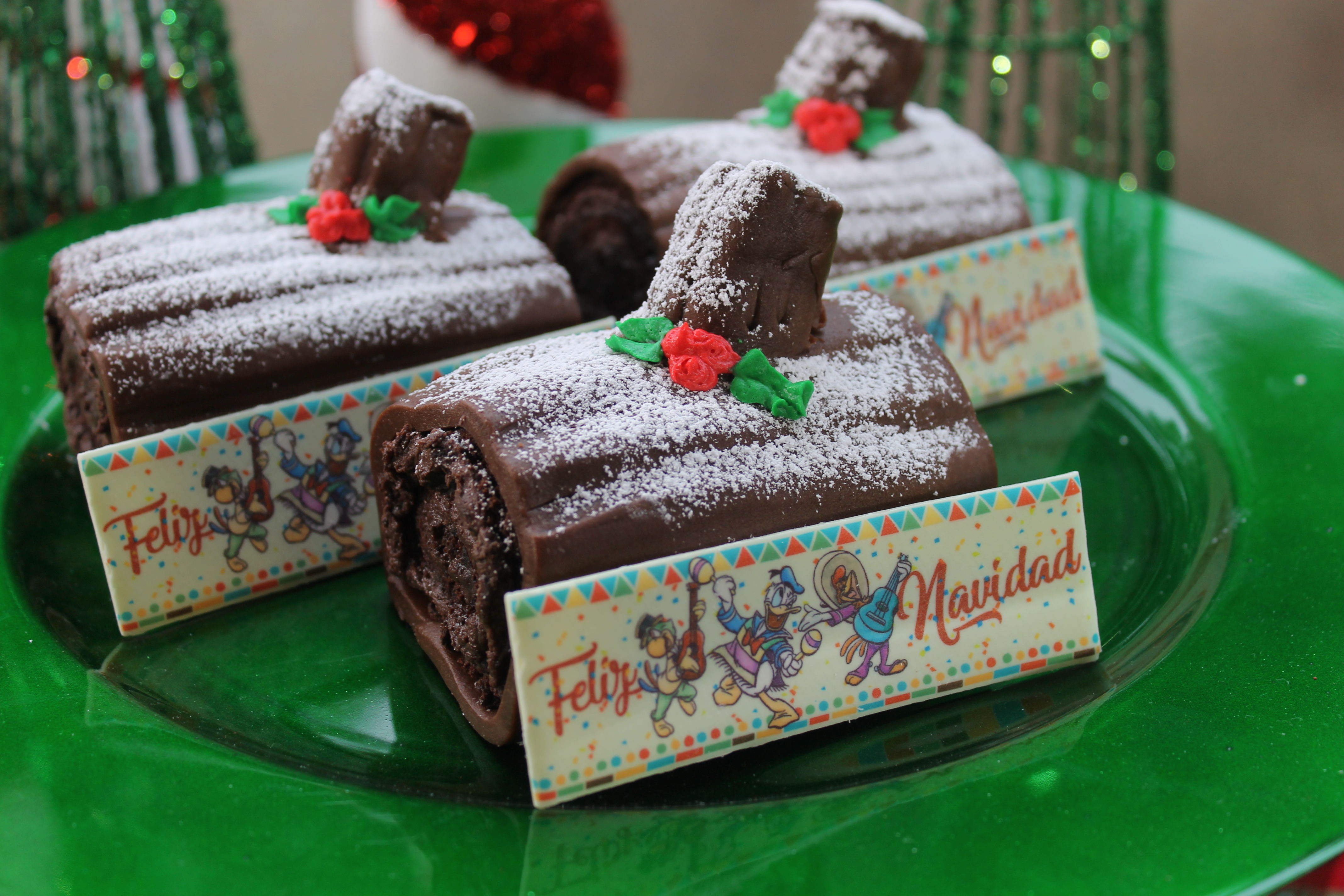 Along with the popular Fireworks Holiday Dessert parties is Tony’s Most Merriest Town Square Party, new in 2018, with hot and cold buffet, a delightful selection of desserts, open bar, non-alcoholic party-themed beverages, and Tony himself, singing and playing his accordion. It’s an elegantly festive atmosphere, and you can make as many return visits to the party as you like throughout the course of the party. Both the Dessert Party and Tony’s are at an additional cost. 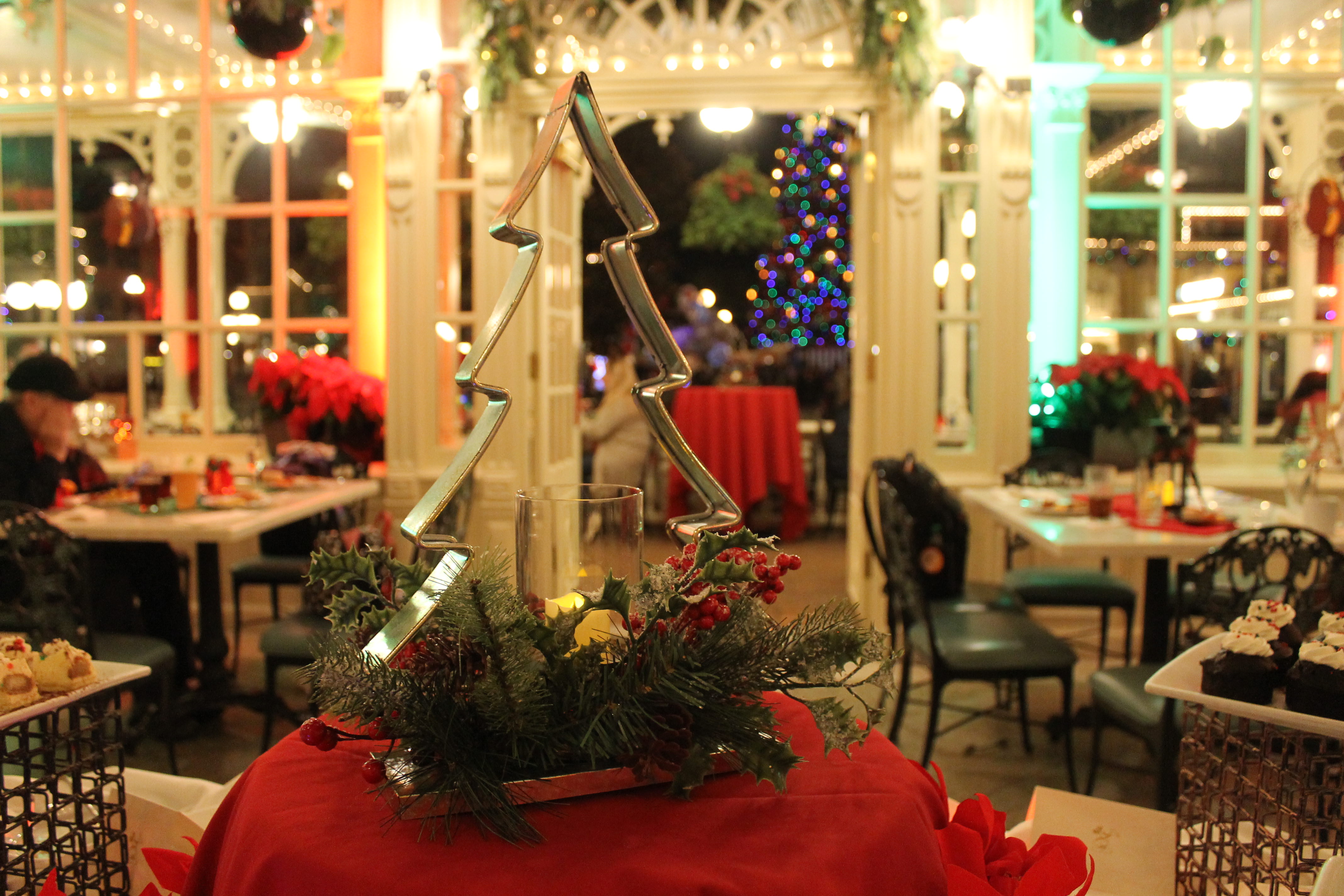 Many of the attractions are open too, of course, and this is your chance to enjoy some of the rides that typically involve long, hot waits. While Seven Dwarfs Mine Train will still have a hefty queue, it’ll be more tolerable during the party’s final hour or two. With so much to do, however, this really is a night to focus more on the special events and less on the attractions.  Just be sure to stake out a spot early for the Once Upon A Christmastime Parade, with all your favourite characters, plus Father Christmas himself.

As the night nears its end, take time to browse the party merchandise, because everyone loves something Disney under the tree on Christmas morning. Whether your friends and family’s thing is pins, tee-shirts, mugs, ornaments or a Christmas themed Magic Band, there is a gift for every Disney fan, and some you’ll want to keep for yourself as a remembrance of a fabulous evening. 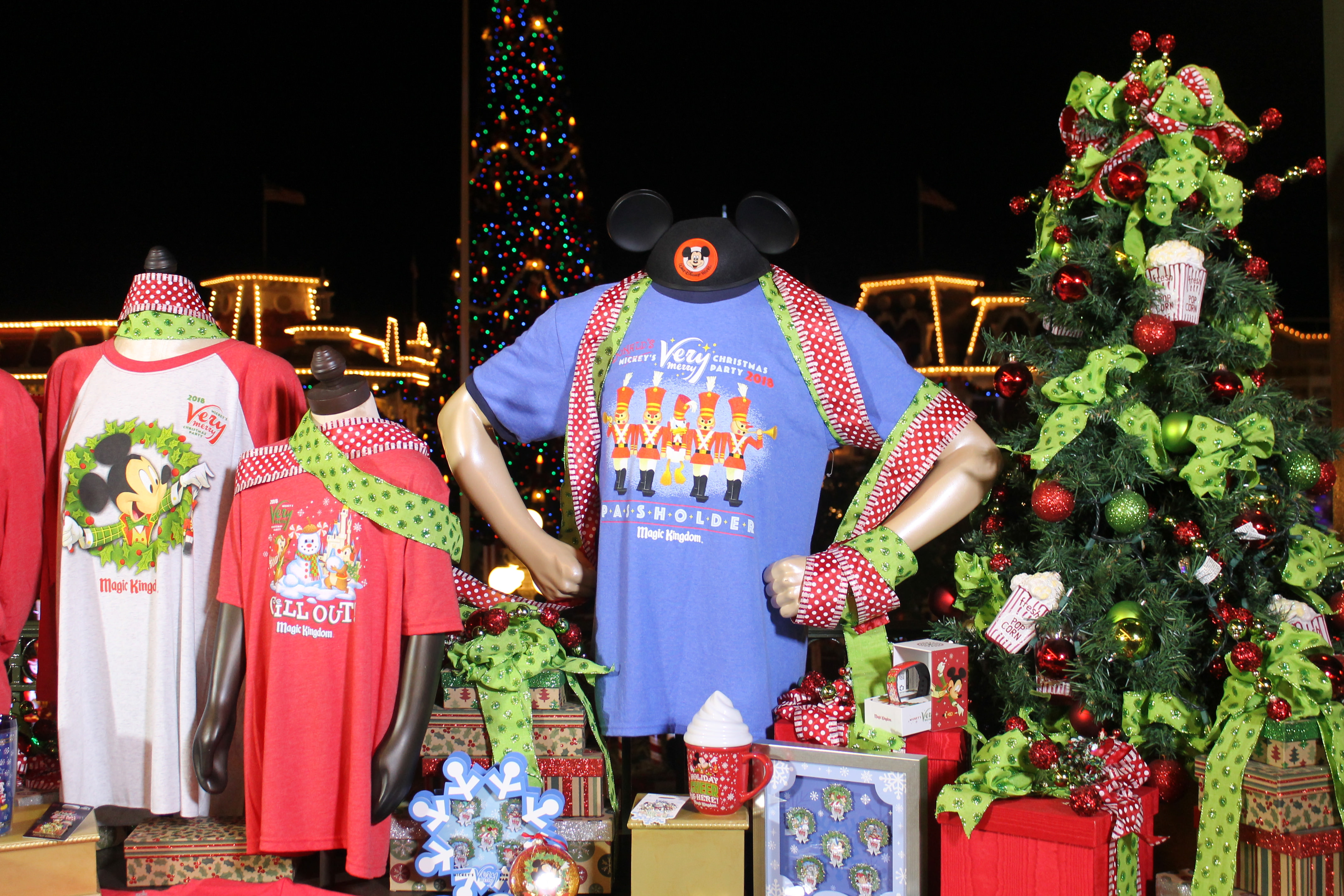 Watch this short video for more information on the merchandise and dining options available at Mickey's Very Merry Christmas Party:

Mickey’s Christmas party is a separately ticketed event on select nights in November and December. Click here to book your tickets!

The party starts at 7pm and runs until midnight, but you can gain entry from 4pm with your party ticket. For more Walt Disney World Christmas fun, watch for our blog on Holidays Around Epcot on December 10.