Walt Disney World Tickets , Orlando , annual events , Easter , Disneyland Paris , Character Meet and Greet , Walt Disney World , Pixar , Seasonal Events
Add a little Disney magic to your Easter weekend!
Whether you're spending the Easter weekend at home, city breaking or full on holidaying, Attraction Tickets Direct have all the ways a Disney fan can incorporate a little or A LOT of Disney magic into the approaching four day weekend!

The long Easter weekend is the perfect excuse for us to all enjoy a change in scenery. Some of us will be boarding a train or hitting the motorway to spend Easter with out of town family, some of us will be spending our funds and/or our annual leave carefeully will possibly embark on a city break and the avid travellers amongst us will be jet setting off to ccountries far and wide. No matter how you choose to spend your Easter, Attraction Tickets Direct knows a number of ways to add a little or a lot of Disney magic into an Easter weekend!

Spending Easter with the Family

Have you heard about the Pixar Easter egg hunt? This is a real treat for Disney film fans spending Easter at home with the family. Moreover, this Easter egg hunt doesn't even involve finding inventive and crazy ways to hide Easter eggs in the back garden. In the lead up to Easter, Pixar have unveiled that there is far more hidden in Disney films than hidden Mickeys!

Since the first ever Disney Pixar film, Toy Story, Pixar have been hiding Easter eggs in each and every one of their films. Although the Easter eggs aren't always typical Easter eggs in appearance, they are relatively egg shaped (or at least have no square edges) and just like how Disney hides Mickeys in their films and intricately cross references characters, Pixar have done just the same. Keep an eye out for the Luxo Ball and the Pizza Planet truck across a number of Disney Pixar films. If you have absolutely no idea what we're talking about, watch the video!

and hang out with Spider Man - OK, it's not a typical Easter feat, but give us credit for originality! If you're in Paris and consider yourself a Marvel fan, a Spidey fan in particular, then you'll be thrilled by this exclusive Disneyland Paris experience, arriving just in time for Easter guests! As of  Saturday 19th April, guests of the Parisian Disney park will be able to have a character meet and greet with Spider Man himself at Disneyland Paris' Walt Disney Studios Park.

Unfortunately it won't be Andrew Garfield underneath the Spider Man suit, although he did make a visit to Disneyland Paris on Monday to promote this new experience, but, for Spider Man and Peter Parker fans, we're pretty sure that this is no ordinary meet and greet. Not only will you be one of the first to interact with Spider Man, or any Marvel character for that matter, at Disneyland Paris, but you'll also get the chance to take home a photo of yourself printed on the front of the Daily Bugle.

Of course, the Easter festivities at Walt Disney World Florida are endless and you can make your visit over the Easter holiday as egg-centric as you wish! 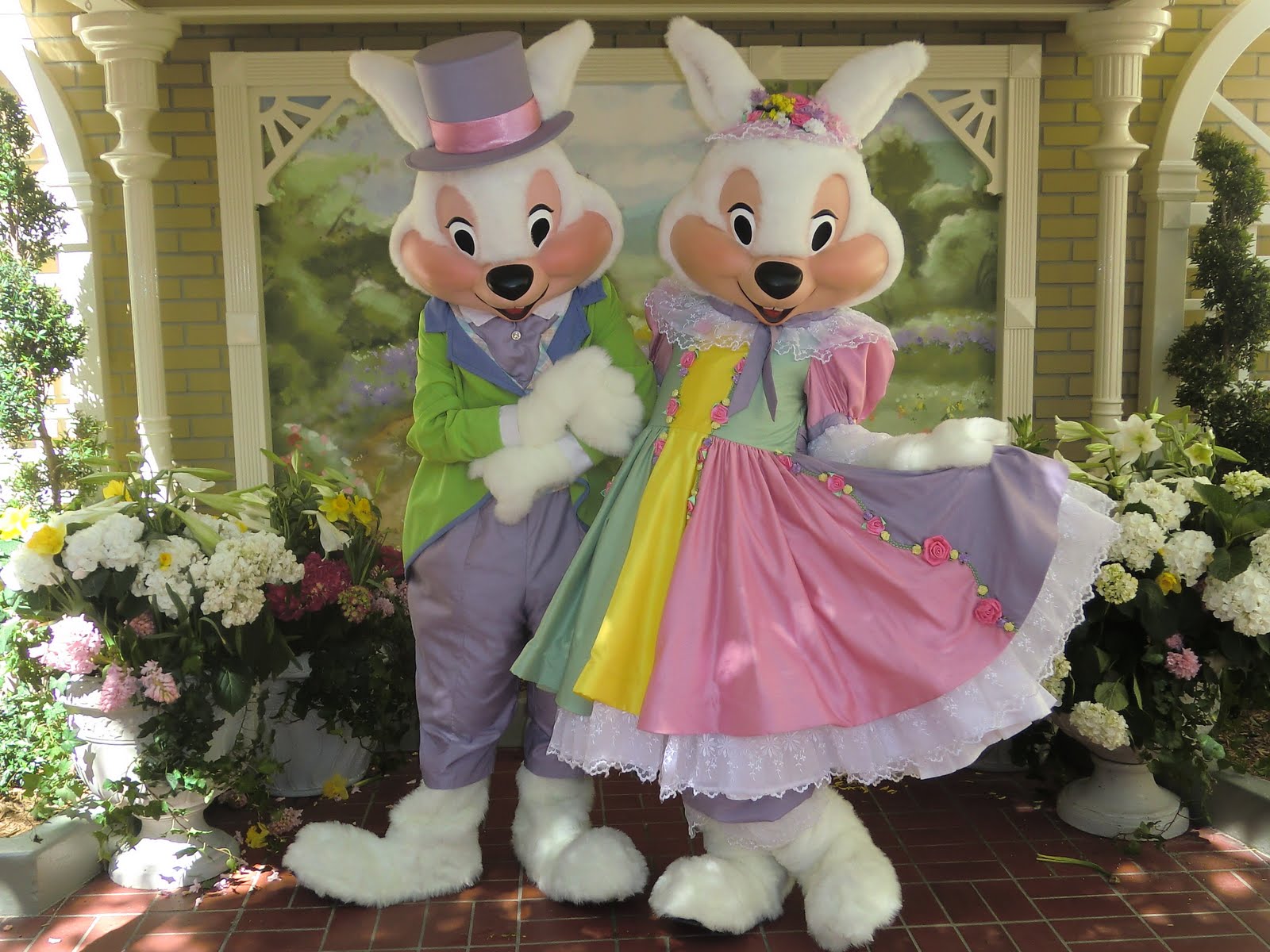 Spot as many of Disney's Rabbits and Bunnies at Animal Kingdom All the rabbits and bunnies come out to play at Disney World's Magic Kindom over the Easter holidays, so why not make it your point of duty to get a photo with as many Disney characters from the rabbit family as possible. Make a list and cross them off as you go! Of course, Disney World would be doing Easter a disservice without hosting at least one Easter egg hunt at the resort. Titled Egg-Stravaganza at Disney's Epcot theme park, Disney invite you to join the Easter festivities by purchasing yourself a map to aid your Easter egg hunt. Once you have completed the map you can return it to Disney Traders where you will be rewarded a special prize!

No matter how you choose to spend your Easter weekend, we hope you have a happy one! And if you're not hitting Walt Disney World Florida for a full on Disney Easter experience this year, how about planning your 2015 Easter visit with AttractionTickets.com's Disney tickets for 2015?