Earlier this year, at the D23 Expo, Bob Chapek (Chairman of Walt Disney Parks & Resorts) revealed that a new transportation system called the Disney Skyliner, would be launching at Walt Disney World. The exciting cable car service will allow guests to get a bird’s-eye view of the resort, whilst travelling to and from the parks and hotels. Disney have just released several new pictures and details, which have made us even more excited for the new addition.

The Skyliner will transport guests from select Disney resorts, to both Epcot and Disney’s Hollywood Studios. The cabins will feature some familiar faces, with iconic Disney characters on the exterior, giving the impression that your Disney pals are riding along with you! 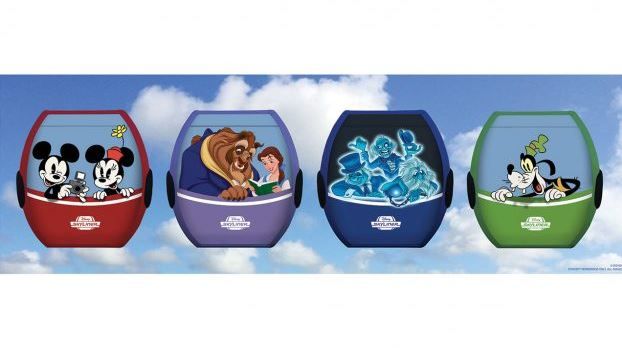 The design of the Disney Skyliner station at International Gateway will be inspired by the park’s pavilions. It will be covered with metal and glass canopies and decorated with impressive hand-painted murals and ornamental steel structures that take inspiration from early 18th century Art Nouveau style. Those travelling to Epcot via the Disney Skyliner will have the unique opportunity to admire the World Showcase pavilions from the sky, as they make their way over to the park. 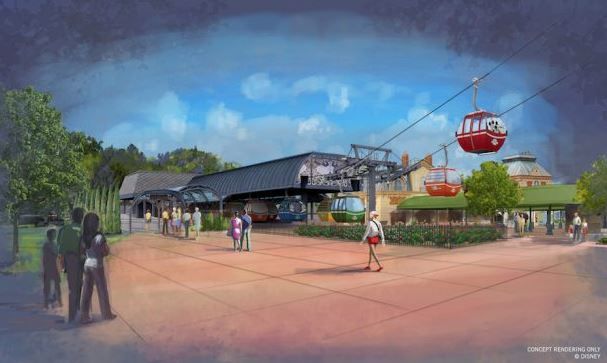 The Skyliner station over at Disney’s Caribbean Beach Resort will have a very different theme, and will be designed to reflect an open-air village marketplace in the Caribbean. The station will showcase the resort’s architectural details and vibrant colour scheme. This will be the place where guests can transfer routes to reach their final destination, or simply sit back, relax and admire the beautiful waterfront setting. 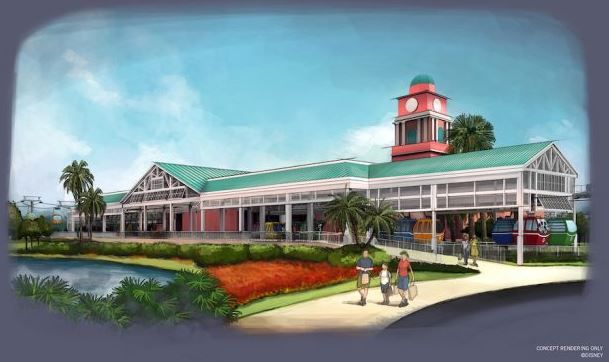 The design of the station at Disney’s Hollywood Studios will fit in with the park’s current main entrance and bus stations. Passengers travelling to the park will be able to enjoy an aerial perspective of one of Disney’s most famous attractions along the way- The Twilight Zone Tower of Terror. Prepare to get your cameras at the ready!

Disney’s Pop Century Resort and Disney’s Art of Animation Resort will both share the same Skyliner station. The theming will fit with both properties, so we’re predicting something fun and colourful. As the journey begins, passengers will ascend high above Hourglass Lake, taking in panoramic views of both unique resorts. 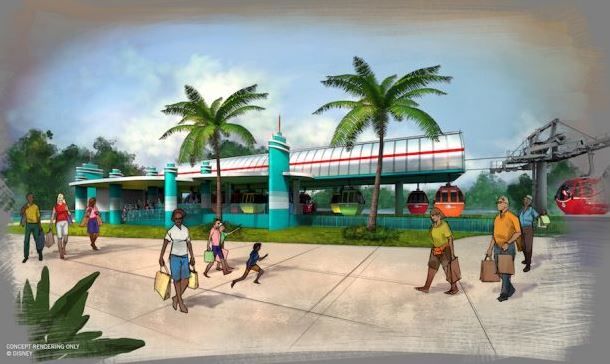