This Party Is The Toast of Halloween!

Every year, the Magic Kingdom puts on its Halloween glad rags and stages an event that is so popular with guests that this year has got its Mickey's Not So Scary Halloween Party on with two weeks of August still to go!

Yes, that’s right, America’s big Fall Festival is under way before summer has said goodbye – and we were at the opening event last Friday to check out all that’s in store at the 2018 version. And there is a LOT to report back on.

Just to begin with, while the official start time is 7pm, our top tip is to arrive early (perhaps as early as 4pm), as you can still gain entry with your Party ticket and get an extra few hours of the Magic Kingdom in all its seasonal finery. The closing time is also listed as midnight, but it is perfectly possible to linger a while to enjoy the late-night atmosphere. The rides and Trick Or Treat stations will still close at the appointed hour but you can browse the shops at your leisure with far fewer people to get in your way. So, if you have the stamina, you can make it a nine-hour event!

The headline news for Halloween fans is that this year’s event has even more to enjoy than ever before. Yes, there are still 14 (count them – 14!) Trick Or Treat stations to visit for all your sweet treats, where Cast Members give out handfuls of American candy, from M&Ms to Dove chocolate and mini 3 Musketeer bars. And don’t worry if you forget to bring a bag, Disney provide those as well. There are even allergy-free candy options in two special locations, at Town Square Theater and the Liberty Square Ticket Office 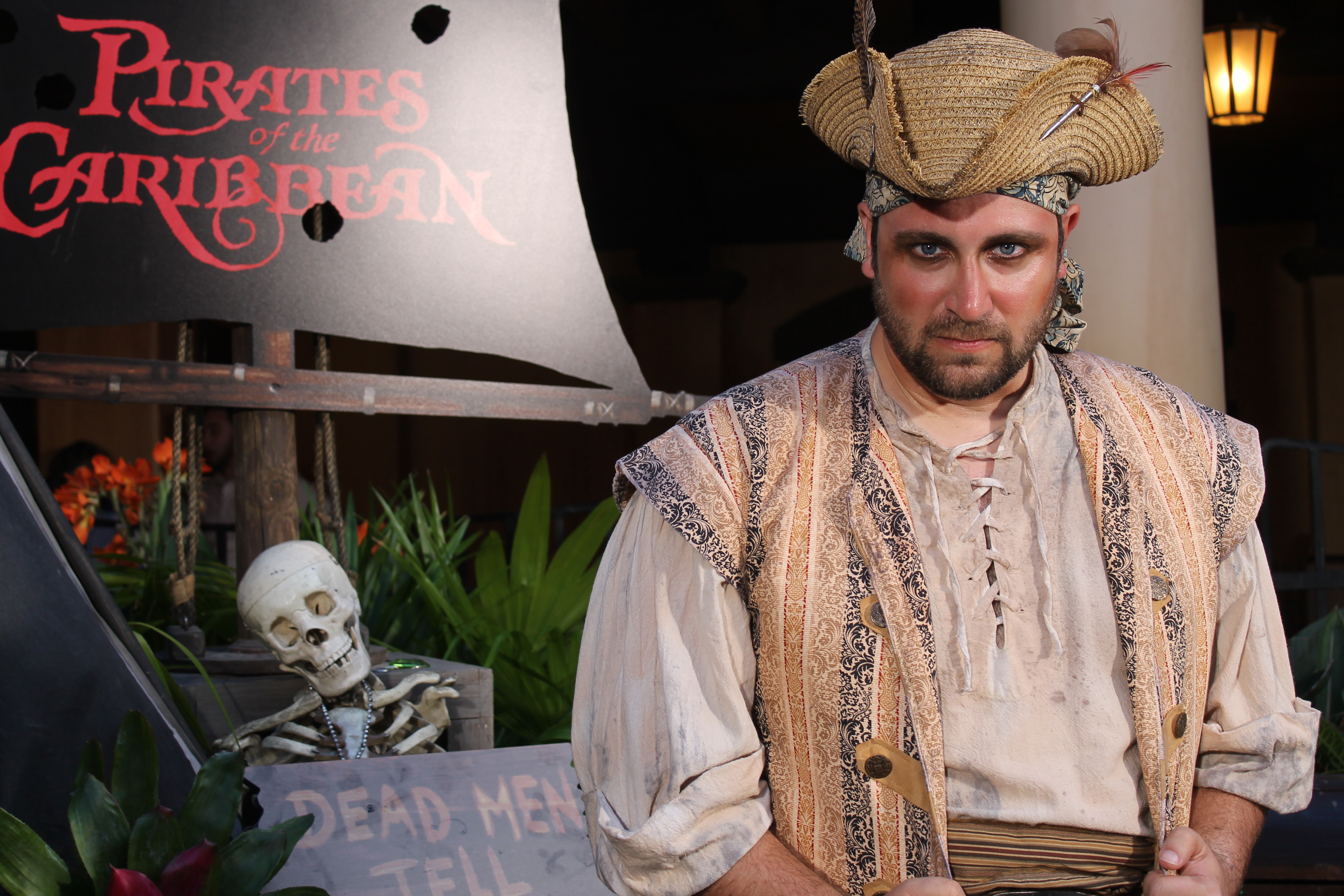 The feature items of Hallo-Wishes, the big evening fireworks show, Mickey’s ‘Boo-To-You’ Halloween Parade and the Hocus Pocus Villain Spelltacular show are also back for another year of mischief and excitement, but there are a host of ‘extras’ for 2018 that really make the Party go with a swing.

Just to start with, three rides have all been given a seasonal overlay that definitely adds to the Halloween vibe:

The Pirates of the Caribbean attraction now has LIVE pirates who can interact with guests while you queue and on the ride, which makes for a wildly fun – and unexpected – element as you enjoy this classic ride. Watch out for Gunpowder Pete as he tries to trick Captain Jack Sparrow out of his loot! 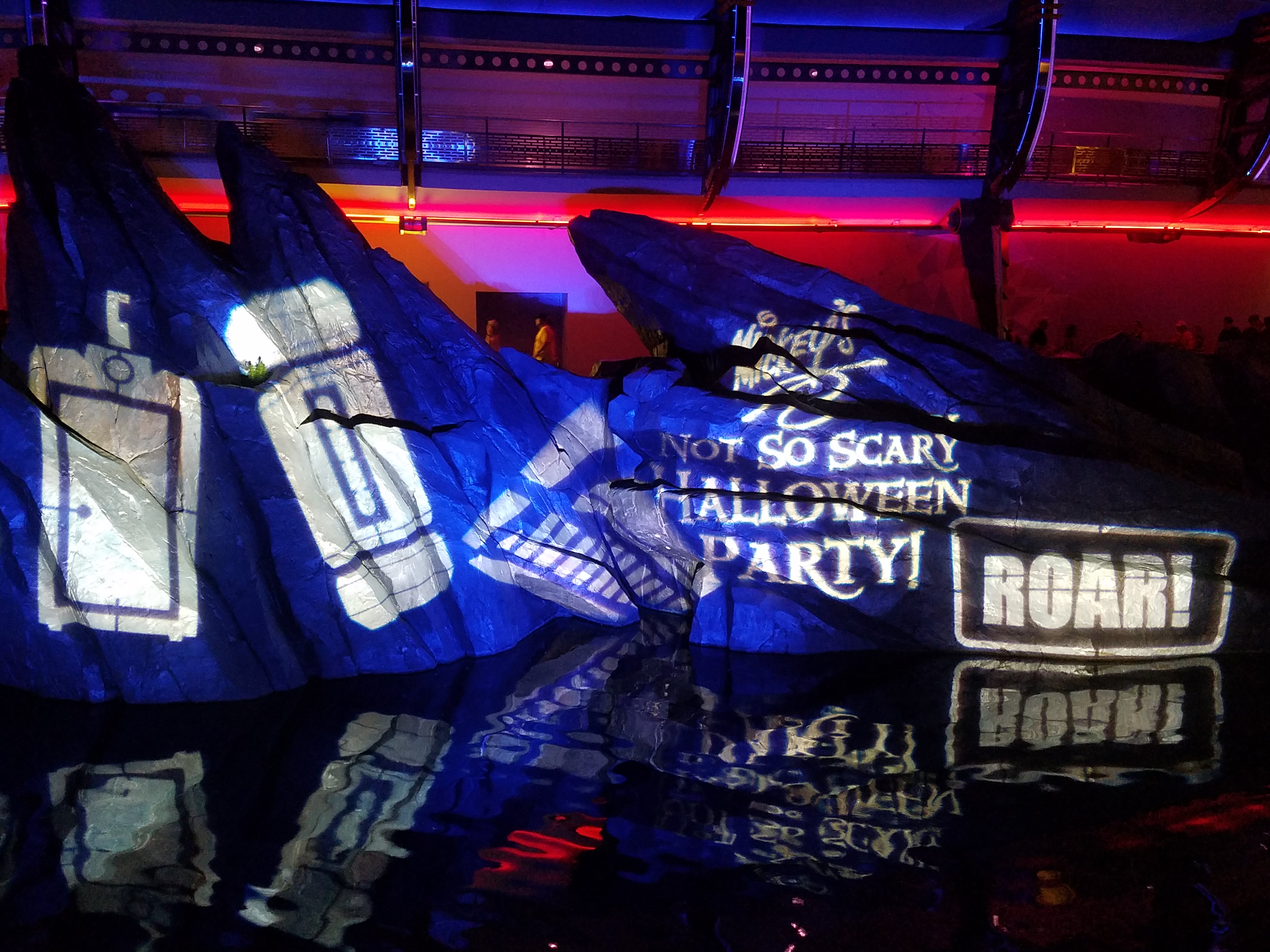 Then, on the whizzy indoor roller-coaster Space Mountain, riders discover a much darker ‘deep space’ vibe on the ride itself, hurtling through the cosmos just that bit faster (or so it seems), and with a new rockin’ soundtrack suitable for the occasion.

Finally, the Mad Tea Party has been enhanced with a new Halloween lighting package and other glowing effects that give these crazy tea cups a whole new, ahem, spin. It is especially effective at night and ensures extra fun for all concerned.

We really enjoyed all three additions to these rides, but think the ‘live’ actor involvement on Pirates is the clear winner, and might even be something they could add to the ride full time if enough people comment on it. So, it’s up to you, folks! 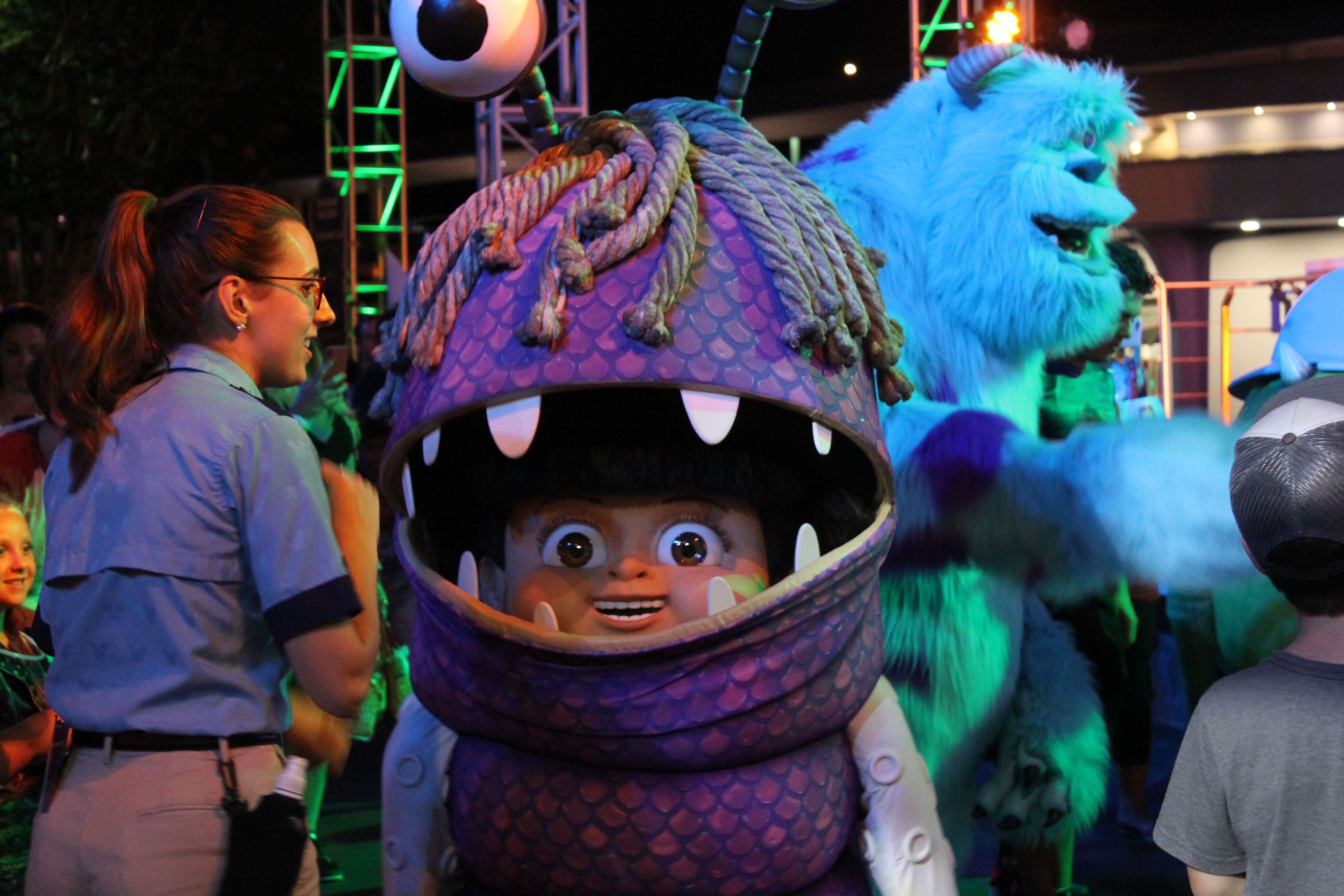 The next new item on the agenda is the Storybook Circus Disney Junior Jam, an evening-long dance party with a host of characters from the Disney Junior TV series that especially appeal to young ’uns (and their parents). It is lively, colourful and pretty much non-stop from 7pm to midnight, so be sure to bring your dancing shoes. It goes hand-in-hand with the Monstrous Scream-O-Ween Ball over at Tomorrowland, with the characters from the film Monsters Inc leading another dance party in suitably larger-than-life style.

Mickey’s Not So Scary Halloween Party is definitely the place for live entertainment and, in addition to the dance parties, the three main shows are all must-sees for pure Disney spectacle. 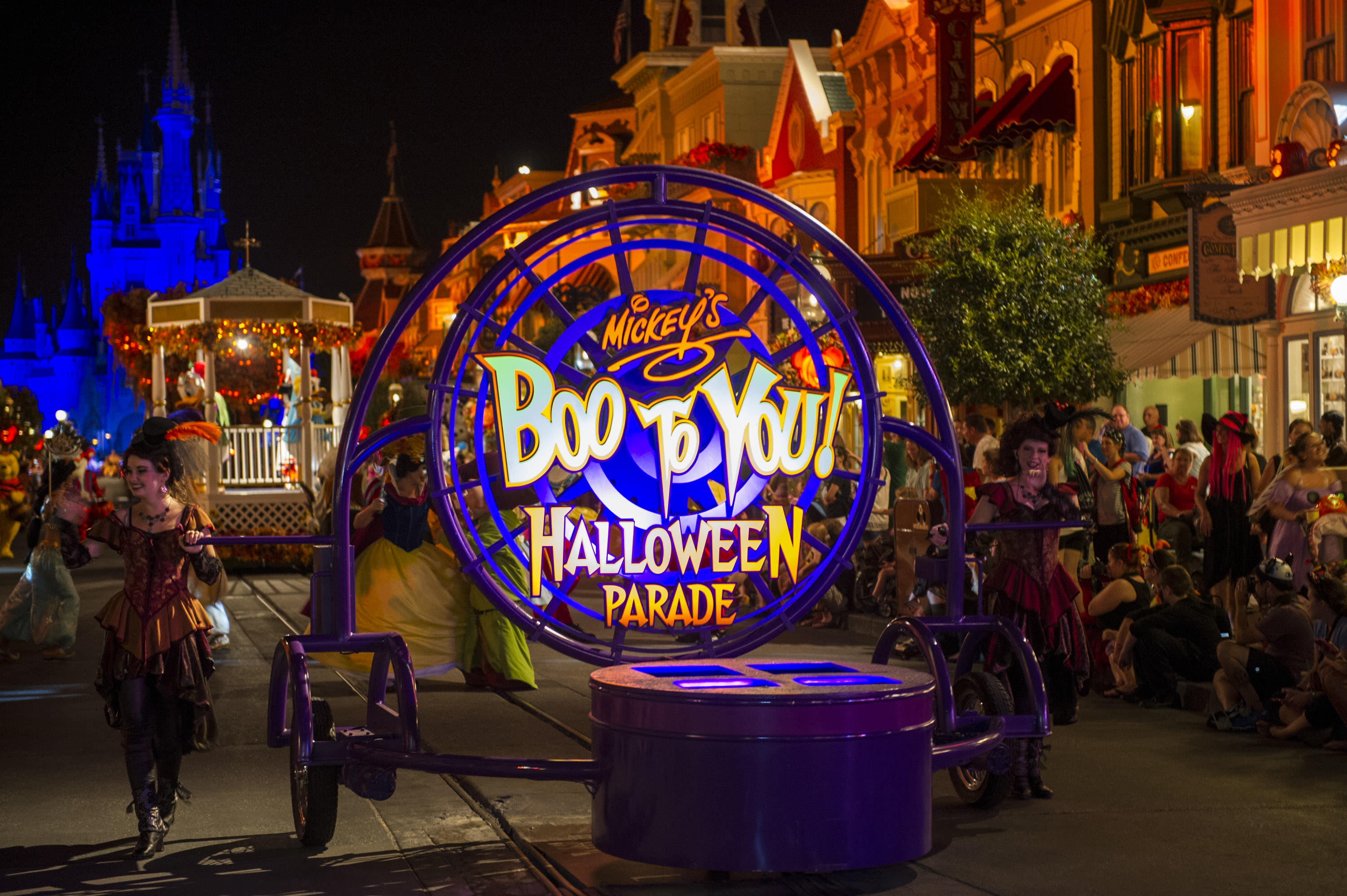 The 20-minute Hocus Pocus Villain Spelltacular performs three times each party evening on the Castle Forecourt Stage (at 8.30, 10.45 and midnight) and features the Sanderson Sisters, from the cult film Hocus Pocus, along with a cavalcade of Disney villains, from Dr Facilier and Oogie Boogie to the Evil Queen and Cruella De Vil. It is all good, tongue-in-cheek fun, and highlights the ‘dark’ side of the characters delightfully.

Mickey’s “Boo-To-You” Halloween Paradegets two outings every night (the first is always the more crowded as far as viewing is concerned) and is another classic display of Disney’s parade artistry. There are 10 floats mixed in with a series of characters and dancers (175 performers in total), all in wonderfully elaborate costumes and settings, and the ‘evil’ theme comes through loud and clear with a special two-part float for The Haunted Mansion – complete with hitch-hiking ghosts! 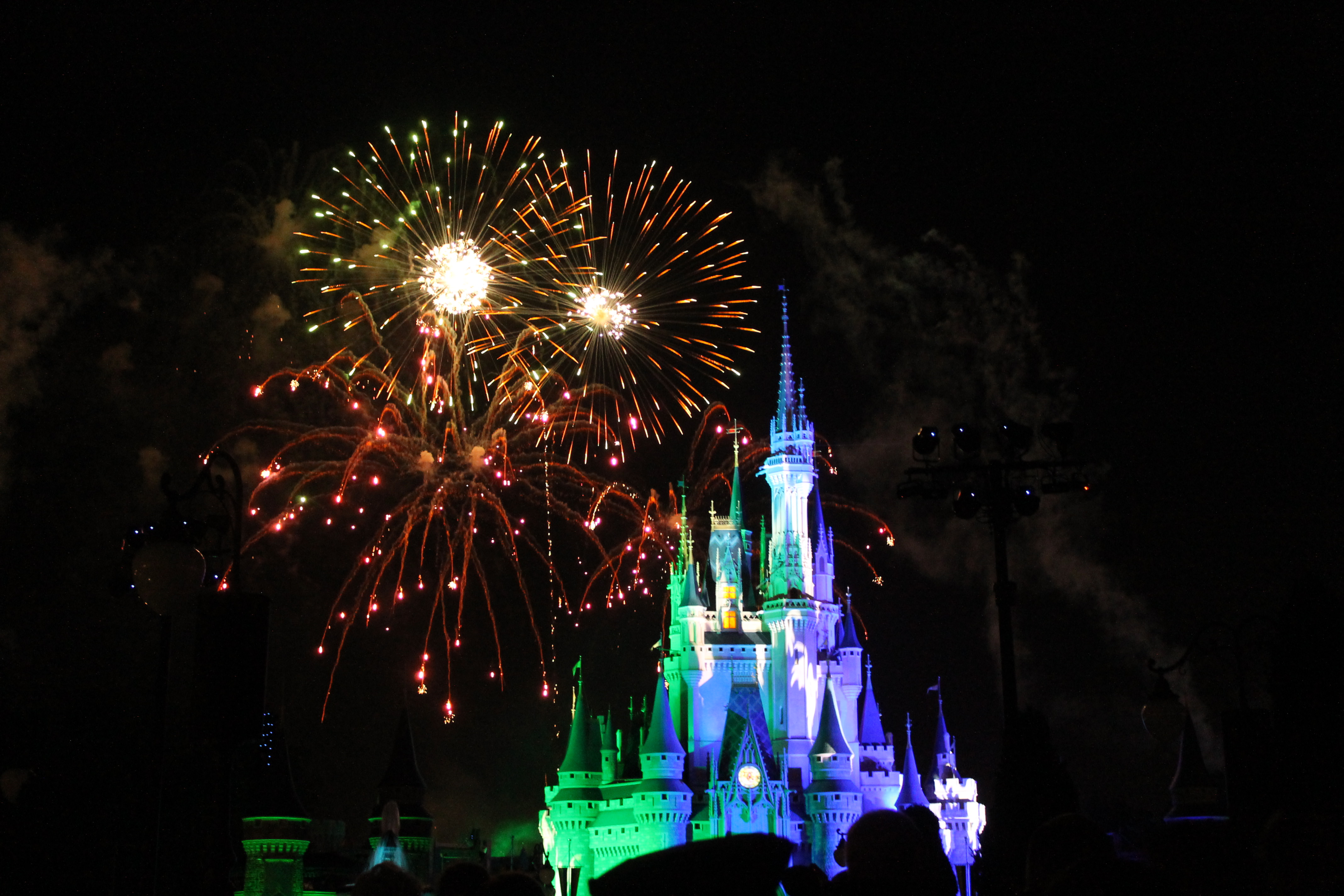 The skies above Cinderella Castle are then the setting for the nightly Happy HalloWishes Fireworks, a 12-minute extravaganza of pyrotechnics with that unmistakable Disney hallmark, full of eye-popping moments, cool lighting effects and a suitably villainous soundtrack. It’s visible from just about anywhere in the park but you can’t beat the view from the castle hub area, as crowded as it gets.

As well as the rides, characters and live entertainment, we made sure to sample some ‘tastes’ of the Party, too, with no less than 19 speciality dishes presented throughout the park’s array of restaurants. As part of the media group, we were treated to a demonstration of how the signature Not-So-Poison Apple Cupcake is made (which is available from the Main Street Bakery, along with a Halloween Cinnamon Roll and Pumpkin Cheesecake) and given the full low-down on all 19 items.

(For the record, we loved the Hades Nachos at Pecos Bill Tall Tale Inn & Café, and the Jack Skellington Cake Push Pop, but the Not-So-Poison cupcake was just too sweet for us). 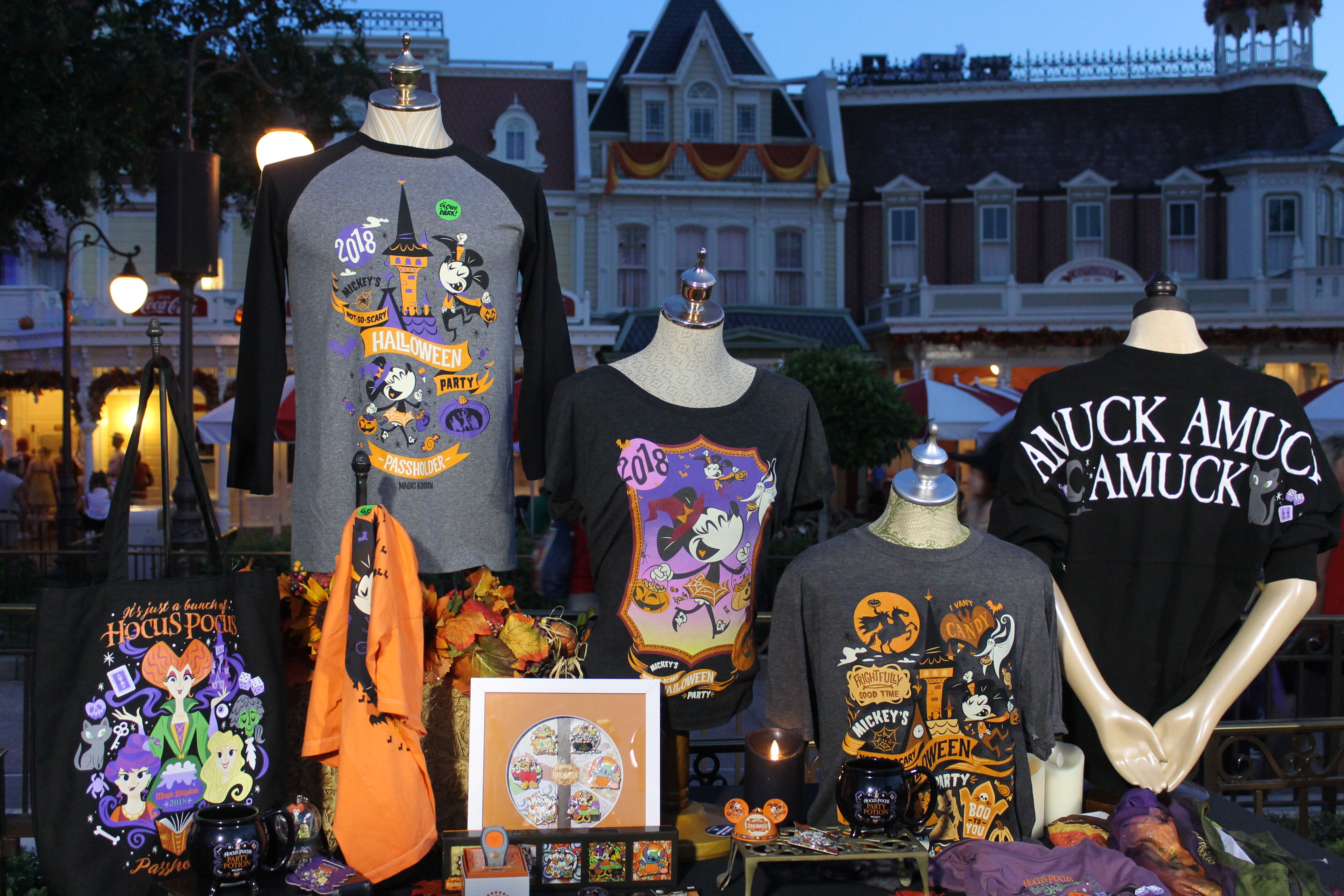 This year’s array of Party merchandise was laid out for us, and expertly described by Communications Manager Steven Miller – you should definitely seek out the wonderfully retro T-shirts, as well as the exclusive Party pins – who pointed out it is 25 years since Hocus Pocus was released, and they even have a souvenir mug to celebrate it! 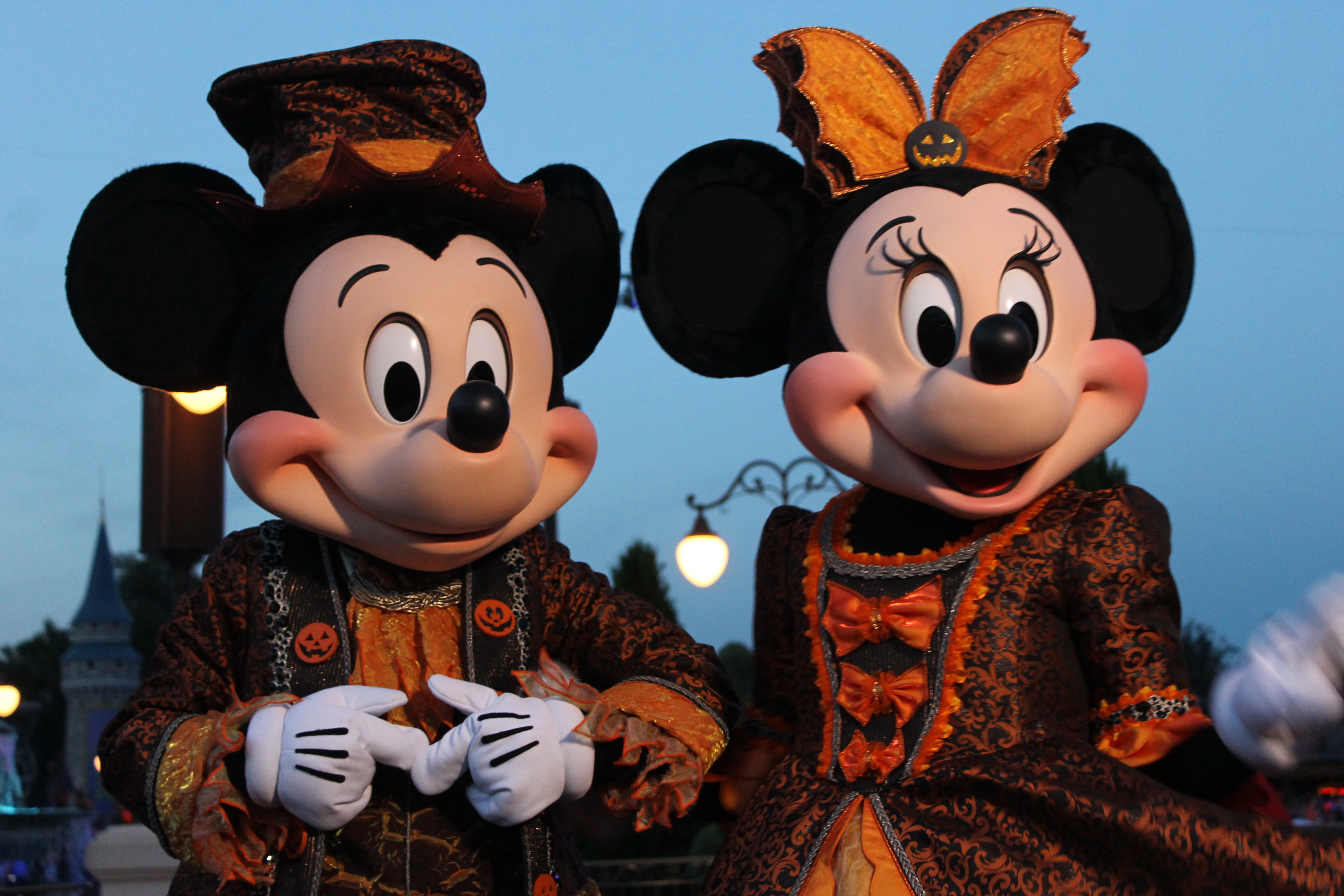 If you’ve never been here at this time of year, it really is one of THE special events in the vast pantheon of Walt Disney World events. And, if you’ve been to the Magic Kingdom before, you really need to see it in all its Halloween finery. And you can’t say Boo to that!

Want to know more about Mickey’s Not So Scary Halloween Party or any other aspects of Walt Disney World? Come and ask your questions – or tell us your experiences – on the ATD forums! Or, click here to buy your tickets.