By ATD’s Florida experts Susan & Simon Veness
OK, so we know Star Wars: Galaxy’s Edge is coming to Walt Disney World late in 2019. This whole new area of Disney’s Hollywood Studios has Star Wars fans in an absolute tizzy of anticipation. It promises to be THE theme park event of next year...

But, for those who can’t wait, there is already a special experience guaranteed to give them a ‘fix’ of their movie passion, and it is open at Disney Springs right now. Even better, it is one of the most immersive – and fun – attractions we have seen in a long, long time.

It’s called ‘hyper reality,’ but it is really like walking into a live version of a video game. Only this one is fully themed for the Star Wars universe, and it is hugely convincing. 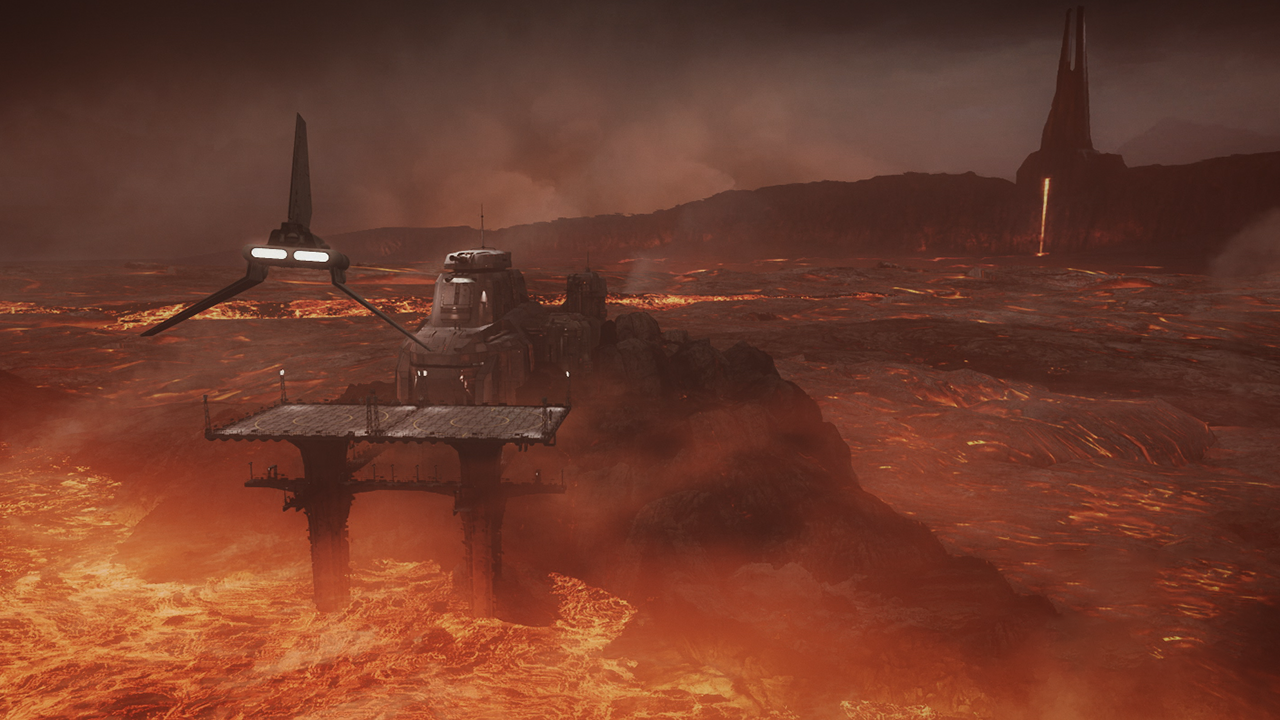 Before we give too much away, let’s just backtrack a touch and tell you how this came about, because it’s a great story of imagination, innovation and creativity that started in, of all places, Pleasant Grove, Utah. A group of creative minds - including visual effects artist and former magician Curtis Hickman - got together with a vision for a whole new entertainment style.

Eventually, Hickman branched out with a business concept of his own, and the VOID was born, an all-new multi-sensory immersive experience using the latest breakthroughs in virtual reality involving technical concepts like motion tracking, haptic feedback and redirected walking, but we're not going to bore you with anything like that. This is just pure fun, with a healthy dose of "wow!" mixed in. Last year, Hickman joined forces with Disney to work on a new initiative and, hey presto (yes, there’s that magician again!), Star Wars: Secrets of the Empire flashed into being. Fast forward to 2018 and it is now the latest element of Disney Springs, tucked away behind Once Upon A Toy in The Marketplace area (right next to the new Bibbidi Bobbidi Boutique).

We mentioned in it our Disney Springs update blog last month, and it created quite a stir of interest, so we thought we would revisit the story, so to speak, with a four-person Veness research team to give you ALL the details.

The exterior of the building is relatively plain and only hints at the technological marvels within, because this is an extraordinary high-tech phenomenon. You check in with a group of up to four and queue up as you would for a typical theme park attraction. There is even a ‘holding pen’ that gives you glimpses of what’s inside through a short video showing some of the amazing gear you’ll be wearing, which looks like something out of a sci-fi film. Then your group is called through into the ‘briefing room,’ where you learn The Mission. It’s time to join the Rebellion and channel your inner Jedi in a bid to out-smart Darth Vader and the evil Empire (in chronological terms, this adventure continues in the wake of Episode III – Revenge of the Sith, so it goes right to the heart of the Star Wars story).

The Rebels have learned of a secret weapon being created on the planet Mustafar, and it is up to YOUR team to help find it and stop it falling into the wrong hands. That is the cue to suit up and ship out – on a hijacked Imperial transport ship – to the lava planet where Obi-Wan Kenobi battled Anakin Skywalker.

If all this sounds just too surreal or crazy for words, don’t worry, technicians will give you full instruction on what to do and, more importantly, how to do it. They help you don the special backpack that holds all the technical gizmos which create the special effects and the connected headpiece/helmet that turns plain rooms into a whole virtual realm. Vader eat your heart out! Then you enter The Void and, suddenly, you are ‘seeing’ a genuine Star Wars world, where you and your companions are disguised in Stormtrooper uniforms in the hold of a transport ship. Everything you see – and can touch – is 100 per cent like walking into the movies. Your own arms and legs are now covered in Stormtrooper armour, and your team-mates are all suitably transformed. The effect is electrifying.

Along the way you pick up laser blasters (because you KNOW there’s going to be a shoot-out with real Stormtroopers, right?) and are guided in your mission by droid guardian K-2SO, who ensures you go in the right direction – and, yes, it is possible to go wrong, as the group before us found out! There are plenty of ‘Wow!” moments, but possibly the biggest was having to step out onto a ‘bridge’ over the molten lava, which is a real test of this virtual world.

We won’t reveal any more of the details, as each group has to meet the same challenges along the way, and you definitely need to keep your wits about you (and try not to get in each other’s way when it comes to the shooting bits – yes, we’re looking at you, Simon!). There’s one key puzzle to solve and you also need to follow K-2SO’s directions as you navigate your way through the Empire base, where you can feel the heat of the lava below and smell the burning embers. You suit also vibrates slightly when you’re hit by blaster fire.

It culminates in a series of hectic shootouts to locate the Empire's secret weapon chamber, with an essential showdown to save the day, and you will be totally convinced you have just been part of the epic Star Wars story.

You’ll definitely want to get the special group photo of your ‘team’ afterwards, and you may be hard-pressed not to sign up for another go straight away! The whole experience lasts around 35-45 minutes, depending on how good you are at navigating the various challenges, with around 15-20 minutes inside the game. You can just turn up and hope to grab the next ‘mission’ at the venue itself, but it is much better to book in advance on their website. This is proving a really popular choice and, while it is open from 10am to 11pm daily, the evening slots book up quickly, so you could end up with a long wait for the next slot if you haven’t booked as the capacity is limited.

Ultimately, though, it is an absolutely fascinating look at the current state of entertainment technology, and you just KNOW we are going to see this kind of astounding immersive experience in a major theme park attraction soon!

Want to know more about this fab new attraction at Disney Springs or any other aspect of an Orlando holiday? Come and ask your questions – or tell us your experiences – on the ATD forums!

Want to be part of the action? Click here, to view our great value range of Walt Disney World Resort tickets.