If you're a theme park junkie, just like we are, then we totally understand how difficult it is to really say which theme park is your absolute favourite, let alone be able to single it out and name it as 'The Best'. Read on to find out exactly what kind of theme park goer you are, which theme park you love the most deep down and, as a result of this, which theme park truly deserves your vote as the 'Best theme park in Florida'!

For budding David Attenboroughs, zoo-ology lovers and those that just prefer to combine their big thrill rides with something a little more educational.

5 Signs you should vote for Busch Gardens as the Best Florida Theme Park ...

1. If two prerequisites for your theme park visit are big thrill rides and lots of animal encounters with rare and exotic animals. 3. If you find yourself continuously amazed by the Cheetah Run display - no matter how many times you've seen these beautiful animals in action, they never fail to mesmerise you.

4. If you like to test your fear, feel the rush and lay claim to riding many of the world's record breaking big thrill rides.

5. Vote for Busch Gardens as the best Florida theme park if you're well aware of  just how crazy the Sheikra rollercoaster is, but the sight of it induces nothing other than a good old sense of exhileration. You'll also be so Busch Gardens savvy that you know the back row offers even greater thrills and that's exactly where you like to ride!

5 signs you should vote for SeaWorld as your favourite Florida theme park...

2. If you prefer animal shows to animal displays.

3. If you believe One Ocean to be one of the most complex and interesting pieces of choreography you have ever seen.

4. If  you've been on Manta enough times to know that it's neither the front or back row seats that offer the most thrilling ride, but the seat furthest on the left of row eight! 5. Vote for SeaWorld as the best Florida theme park if Manta offers just enough twists, turns, glides and slides as you can handle!

5 Signs you should vote for Disney World's Animal Kingdom as the Best Florida Theme Park...

1. If you prefer to combine your animal encounters with fiction, fairy tales and lots of magic. 2. If you're completely and utterly dedicated to Walt Disney World and wouldn't have your animal encounter any other way than the Disney way.

3. If you're convinced that Animal Kingdom's Kilimanjaro Safaris is just as good as the real thing!

4. If Mickey's Jammin' Jungle Parade was one of the best parties you ever attended!

5. Vote for Disney's Animal Kingdom as the best Flordia theme park if you have spent enough time with the Tree Woman to overcome the initial fear you felt when you first met her and have now realised, she's actually quite pretty!

For those with children  aged 2-12, sufferers of Peter Pan syndrome or suckers for romance and fairy stories!

5 Signs you should vote for Legoland Florida as the Best Florida Theme Park...

1. If you make it your point of duty to spend a day or two at Legoland Florida - even without the kids!

2. If you feel like this LEGO minifigure when you find a LEGOLAND Model Citizen with the exact minifigure you want to trade for!

3. If you totally understand why warm Granny Smith apple fries are a phenomenon and know that the cinnamon dusting does everything for these fruity fries!

4. If one of your fondest, most memorable and proudest holiday moments you have is your family saving the day at LEGOLAND's Rescue Academy.

5. Vote for LEGOLAND Florida as the best  Florida theme park if you have a 'Freaky Friday' moment everytime you visit - wishing you were thirteen just for the day - so you too could get your very own LEGOLAND Driver License. 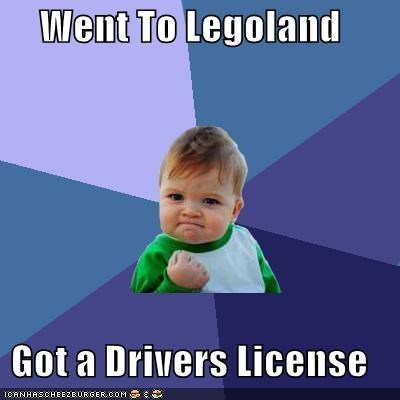 5 Signs you should vote for Walt Disney World's Magic Kingdom as the Best Florida Theme Park...

1. If this magical kingdom has you convinced that 'when you wish upon a star, your dreams come true...' 2. If seeing the Cinderella Castle feels like the first time, everytime - no matter how many times that may be.

3. If Wishes Night-time Spectacular has the ability to reduce you to tears.

4. If you've celebrated any romantic milestones at Magic Kingdom; fallen in love, been proposed to, had a wedding or spent a honeymoon there.

5. Vote for Magic Kingdom as the best Florida theme park if you've ever made it to the park early enough to catch the Magic Kingdom Welcome Show and gate opening countdown. 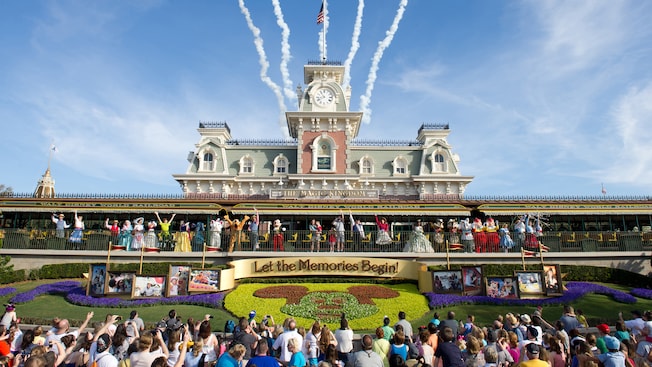 For budding film makers, lovers of animation and those that get a kick out of predicting the next movie inspired theme park attraction before its conception.

5 Signs you should vote for Disney's Hollywood Studios as the Best Florida Theme Park...

1. If you like your movies brimming with fantasy, lots of creativity and narratives wild with imagination.

2. If you consider it  just as important to meet CGI and Stop animated Disney characters, like Wreck it Ralph and Jack Skellington, as it is to meet classic Disney characters like Mickey Mouse and Donald Duck. 3. If you believe the Hollywood Hotel Tower of Terror to be the scariest, most thrilling and enjoyable ride in the whole world. 4. If you've attended a countless number of Star Wars Weekends and Jedi Training Academy sessions, so much so that you deem yourself the most qualified Jedi Knight of the entire park.

5 Signs you should vote for Universal Studios Florida as the Best Florida Theme Park...

1. If you consider the industry of film making a serious one and like your rides like your films, big budget and blockbusting!

2. If you're so familiar with Hollywood Rip Ride Rockit that not only have you discovered the 'Secret Songs', but have cracked the codes to unlock these hidden tracks for your own Rip Ride Rockit experience.

3. If you couldn't help feel a little proud of yourself when Universal announced an Escape from Gringotts attraction would be coming to Universal Studios. You knew  the Gringotts Bank scene in Harry Potter and the Deathly Hallows Part 2 made for the perfect theme park ride when you watched it all those years ago.

The Escape from Gringotts Scene

4. If you consider the 'Horror Makeup Show' to be an opportunity to take notes, not for resting your feet and enjoying the AC. 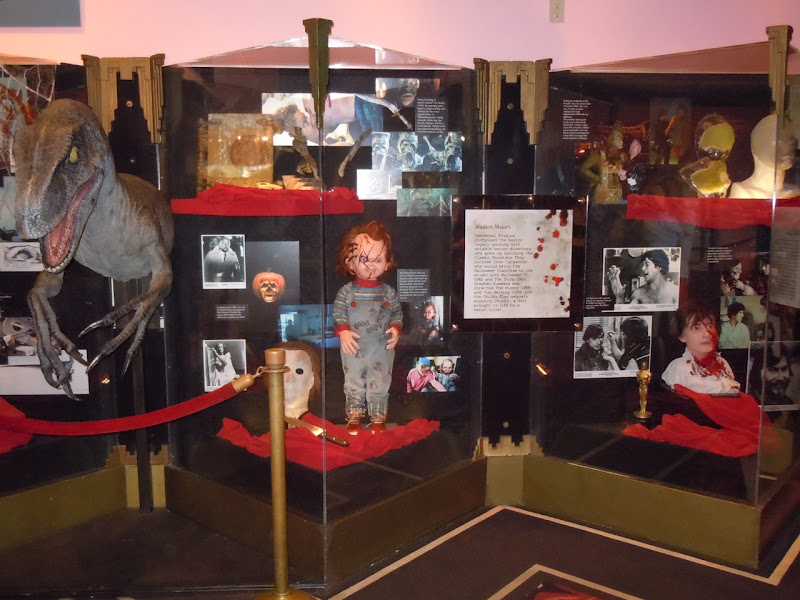 5 Signs you should vote for Universal Islands of Adventure as the Best Florida Theme Park...

1. If you've been making the streets of New York a safer place with Spider Man since 1999 - when the attraction first opened - and still find yourself trying to high five Spidey when he lands on your car, even though he has never high fived you back and never will. 3. If you have been riding Dragon Challenge since it was Dueling Dragons.

4. If Grinchmas is your favourite time of year! And a day spent at Islands of Adventure is a day spent in vain without a visit to Suess Landing, a world you always dreamed would come to life during your childhood.

5. Vote for Universal's Islands of Adventure as the best Florida theme park if the Hulk the Rollercoaster is by far your favourite rollercoaster of all time!

You love Discovery Cove and Epcot, because you're just too cool for theme parks (although, secretly you know - they're theme parks too)!

5 signs you should vote for Discovery Cove as the Best Florida Theme Park...

1. If your idea of heaven is being surrounded by beautiful pristine white sands, dazzling blue waters and tropical wildlife. 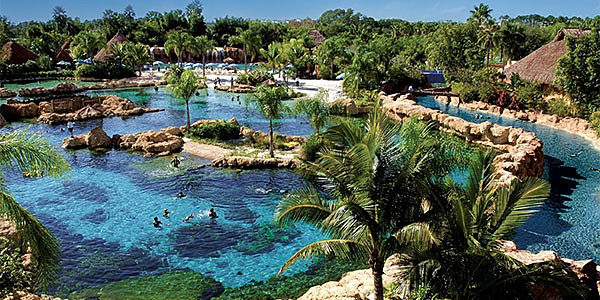 2. Although Discovery Cove doesn't 'officially' open till 8.30 am, you are well aware of the fact that they will allow you to enter the park from around 7 am during peak season and you wouldn't dream of arriving at the park any later! 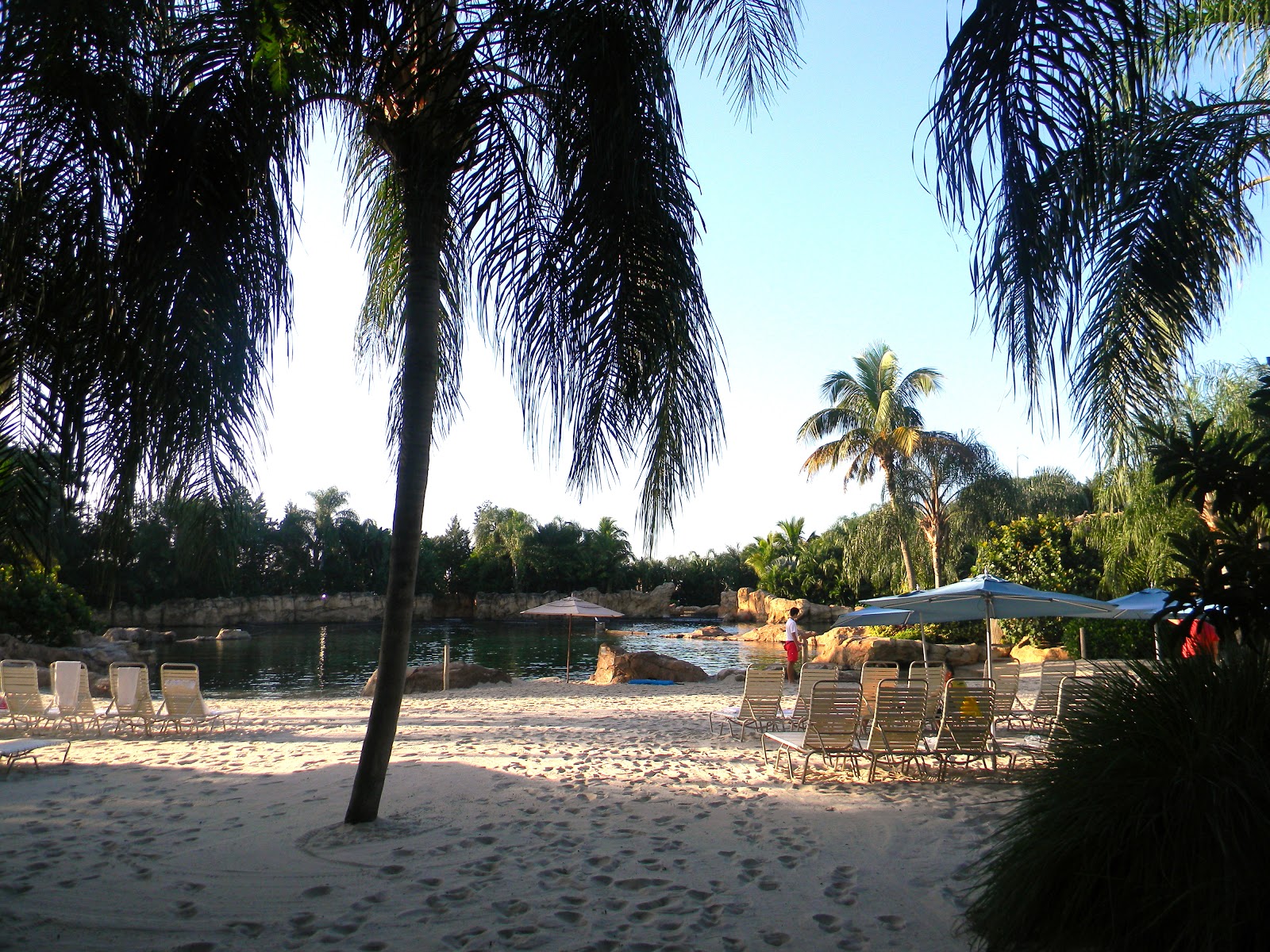 3. If you have honeymooned, been proposed to or celebrated any of life's milestones at the paradise park.

4. If you have achieved your life long dream of swimming with a dolphin at Discovery Cove and can't wait to go back to do it all over again.

5. Vote for Discovery Cove as the best Florida theme park if you'd opt for a day spent here than on a deserted island anyday - after all, who's going to spoil you with food and drink and necessities like clean towels and snorkelling equipment on a desert island? 5 Signs you should vote for Walt Disney World's Epcot as the Best Florida Theme Park...

1. If Walt Disney's feat to bring the world's nations, cultures and traditions together has changed the way you see the world!

2. If you are an absolute foodie, wine conoisseur or are totally green fingered and have made a visit to Orlando just to attend Epcot's International Food and Wine Festival or International Flower and Garden Festival. 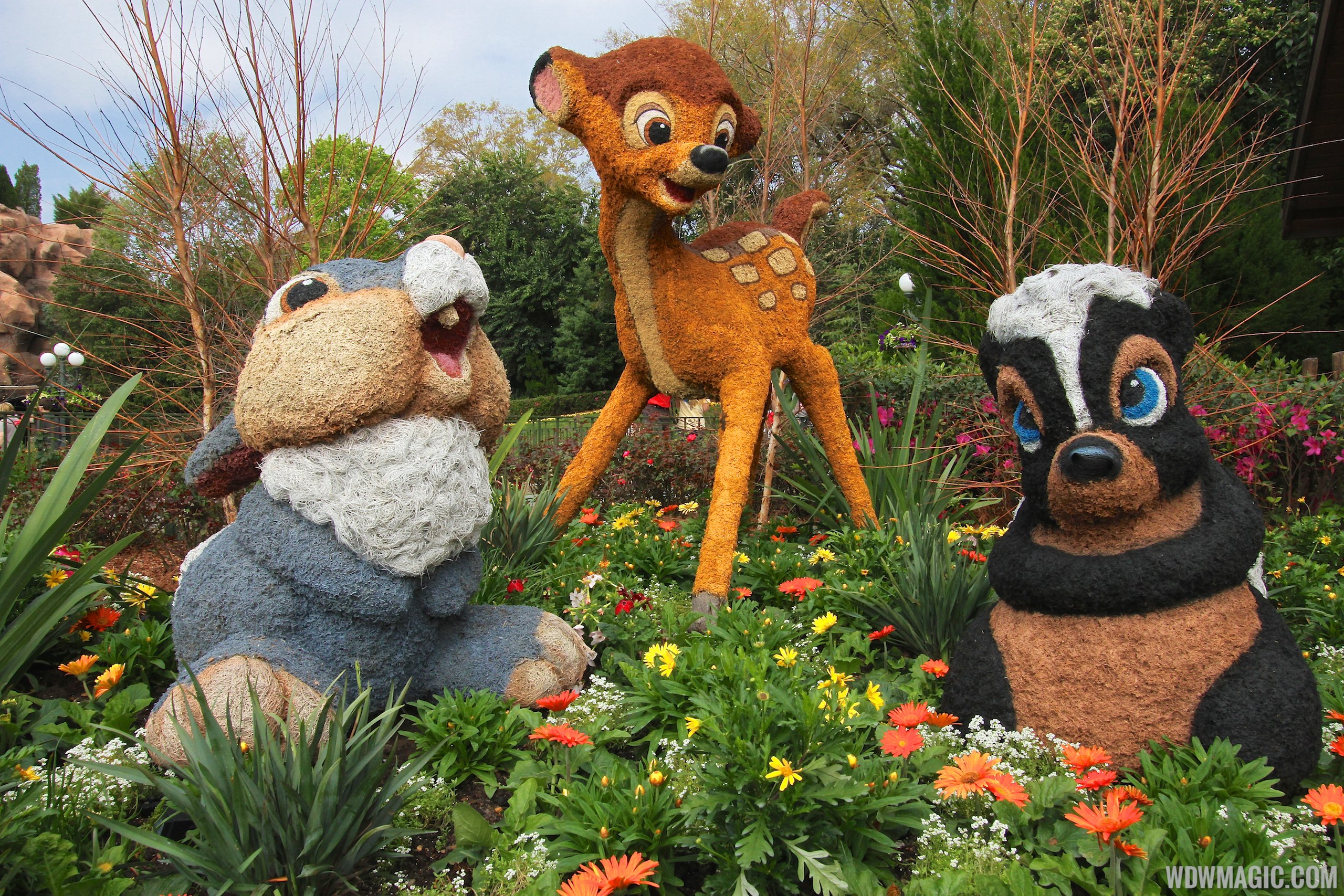 3. If you tend to find yourself a little light headed when leaving the Mexico pavillion. You know that the Tequilas at La Cava del Tequila are too good to pass up. And of course, you have to sample all varieties! 4. If the scent of pine trees and orange blossom evokes beautiful and sweet smelling memories of flying over California on Epcot's Soarin' ride.

5. Vote for Epcot as the best Florida theme park if IllumiNations: Reflections of Earth is your favourite Disney night-time show and has the ability to reduce you to tears.

Last year Universal's Islands of Adventure won your vote. This year, who knows? Maybe Universal Studios recently opened Diagon Alley has stolen Islands of Adventure's thunder or Frozen's Anna and Elsa's official Disney Princess inauguration might have you vote Magic Kingdom. Follow the signs, award your park of choice and may the Best Theme Park in Florida win!

Attraction Tickets Direct is host to the official Orlando Awards in Partnership with The Sun. To participate, we're asking you to reward your favourite theme parks and attractions with a vote, to to be in with the chance of winning an Orlando holiday worth £5000! Voting closes the 30th September 2014.  Read more about ATD's Orlando Awards here.