What Disney Restaurants are Open Over Thanksgiving?

If you and your family have decided to wait until after the summer season to book your Walt Disney resort tickets and enjoy your holiday at the ‘Happiest Place on Earth’, you will no doubt already be planning ahead for your time away.

It may be the case that, if you are travelling in November, your trip will coincide with Thanksgiving. This, of course, is one of the US’s biggest national holidays, which this year takes place on the 23rd of the month. If so, you may be wondering how this will affect your plans for exploring the Walt Disney World complex and, particularly, whether anything changes for Thanksgiving with regard to the dining options available.

The short answer to the question of ‘What Disney restaurants are open over Thanksgiving?’ is all of them! You’ll be pleased to learn that very little changes at Disney World in terms of opening hours and facilities during this part of the holiday season, with the only noticeable difference being that a number of the Disney dining options feature festive menus to help guests celebrate the special event. 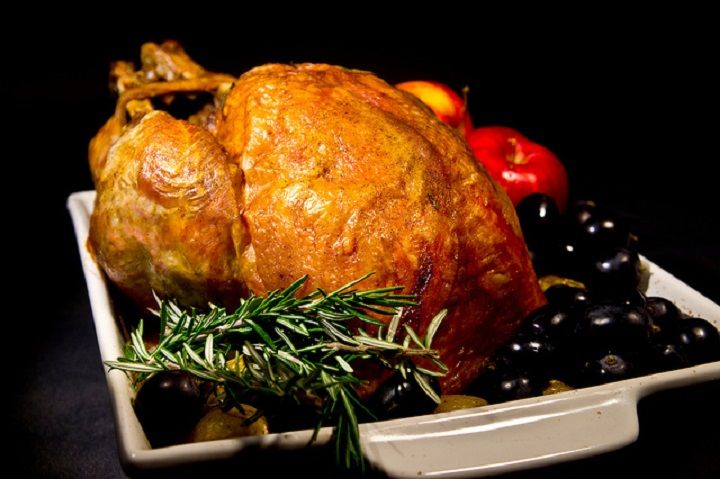 We go into more detail about our top Disney dining choices below but, for your convenience, here is a full list of all the Walt Disney World restaurants which will be offering Thanksgiving-themed menus of some kind this year, broken down by the areas you’ll find them in: 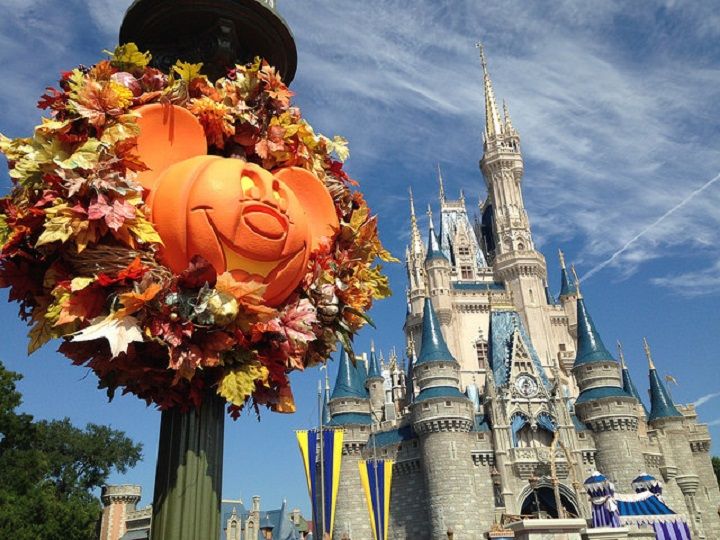 It’s important to remember that Thanksgiving is a hugely popular time to visit Walt Disney World, so don’t be disappointed if you don’t get into your first or even second-choice restaurant this time around. Don’t forget that the resort is now roughly the same size as San Francisco, so there will always be plenty of places for you to grab something delicious to eat, whether it’s turkey with all the trimmings or whatever else you may fancy!

For now, let’s take a look at some restaurants which we think should be at the top of your list to try, regardless of the time of year. 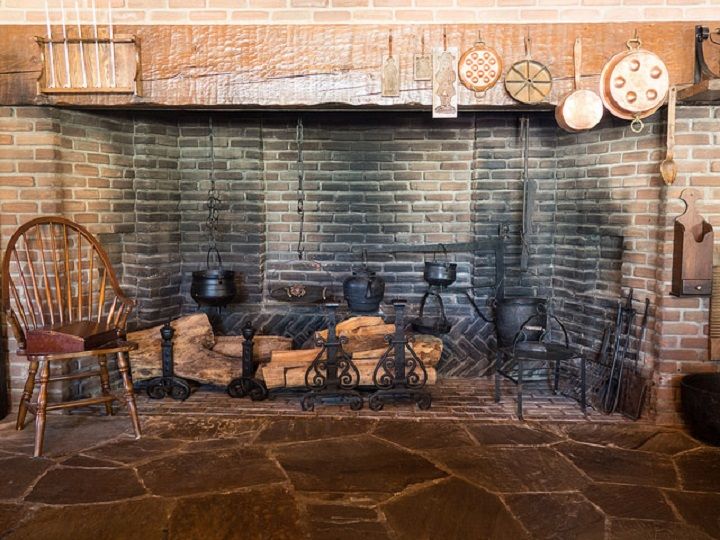 The common consensus is that the Liberty Tree Tavern, which you will find in the Magic Kingdom’s Liberty Square, is the best place to enjoy a traditional American Thanksgiving dinner at Walt Disney World.

Michelle from the Purple Pumpkin Blog – a diverse site which features recipes, craft tips, party planning advice and Disney resort trip reports, as well as many other things besides – certainly thinks that this is the place to be: “If visiting over Thanksgiving, one restaurant you simply must try and dine at is Liberty Tree Tavern in Magic Kingdom. Celebrate with the all-you-care-to-enjoy Patriot’s Platter; a traditional family-style Thanksgiving dinner with roast turkey, pot roast, roast pork, mashed potatoes and traditional sides. You can dine in one of 6 historically themed rooms which commemorate important figures in American history. Advance Dining Reservations are highly recommended; but if you can't get one you can always grab a turkey leg at Liberty Square Market!”

Michelle’s last point is an important one, as the Liberty Tree often gets booked up for special occasions such as Thanksgiving well in advance. However, as she alludes to, there are many other options that can be found throughout the Magic Kingdom and beyond, so don’t despair if you miss out on dining here this year. 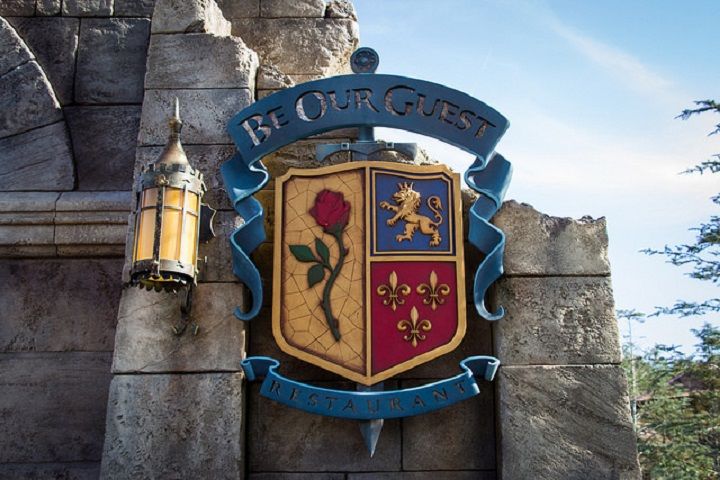 With the release of the new, live-action version of Beauty and the Beast earlier in 2017 sparking a renewed interest in one of Disney’s most popular stories, it’s fitting that the Be Our Guest restaurant was recommended by several of our correspondents.

A vast, 550-capacity dining space which recalls all the majesty and splendour of the castle that features in the films, Be Our Guest offers a magical dining experience all-year round and this will be no different at Thanksgiving. Even though the menus at Be Our Guest are generally French-inspired (so not exactly your typical Thanksgiving fare), it’s no accident that this is one of the most popular of all the dining options in the Magic Kingdom.

One of the experts we spoke to, Sam from the travel blog Yoko Meshi, advises that families should definitely aim to “share Thanksgiving with the Beast at Be Our Guest”, also urging diners: “don’t forget to try the grey stuff, it’s delicious”. For those not in the know, the ‘grey stuff’ is mentioned in the classic song from which the restaurant takes its name, and now features on its menu. We wouldn’t want to spoil the surprise for you, so all we’ll say is that it’s a dessert! 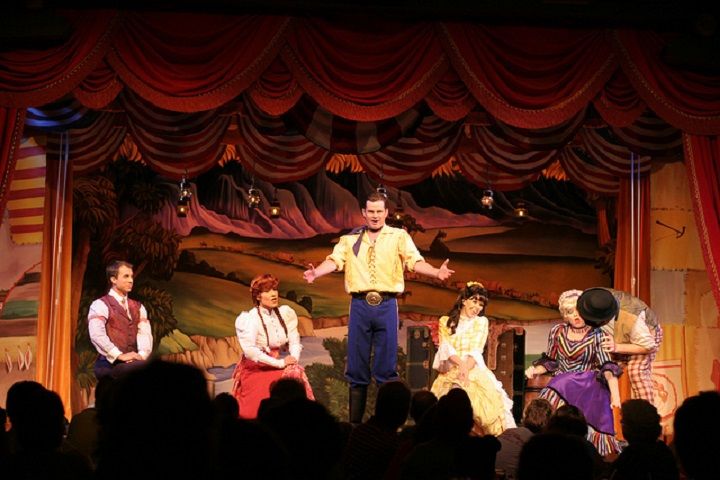 Another classic Disney dining location is the Hoop-Dee-Doo Musical Revue, which can be found in the amazing Fort Wilderness Resort. Sam from Yoko Meshi describes the food available here as “an all-American feast” combined with “a high spirited show” which the whole family will enjoy.

With fried chicken, smoked BBQ pork ribs and fresh baked cornbread the kind of classic country-style fare that you will be able to enjoy, the Hoop-Dee-Doo may not offer a traditional Thanksgiving menu but it will certainly act as an introduction to many of the nation’s favourite, old-time dishes.

Beyond the food, though, an evening spent at the Hoop-Dee-Doo is very much about the singing and dancing that takes place on the stage. Audience participation is an important part of the revue, so get ready to join in throughout!

For the ultimate frontier experience, you can also book your accommodation for the night at one of the Fort Wilderness cabins. You’ll find it hard to believe until you can get there that Orlando could be home to such an amazingly serene and peaceful area of land, offering visitors horse riding, bicycle trails, fishing opportunities and plenty of other country pursuits. 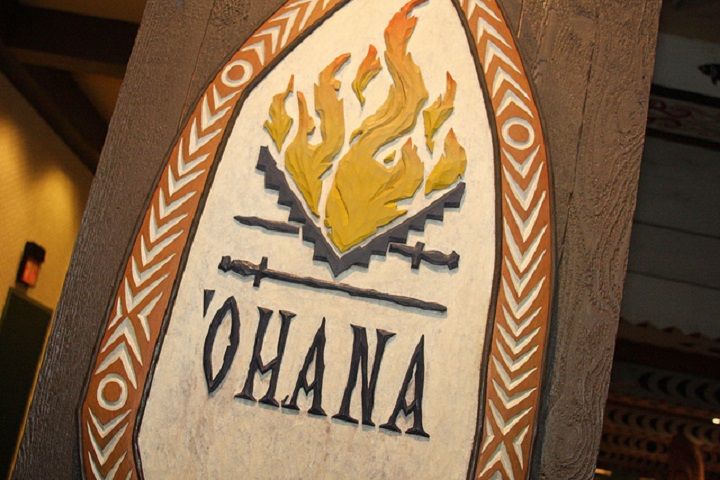 Another popular and unusual location which can be found in the Magic Kingdom Resort Area is ‘Ohana (which, translated, literally means ‘family’). Sam at Yoko Meshi describes it as one of the best choices available if you are “looking for the true meaning of the holidays” on your visit to Walt Disney World.

Part of the beautiful Polynesian Village Resort – which has now been open for nearly 50 years - ‘Ohana captures the spirit of the South Seas and provides its diners with an evening of Hawaiian-inspired fine food and family fun.

Although by no means a traditional Thanksgiving feast, the oak-grilled shrimp, sweet and sour chicken, lo mein noodles and other mouth-watering dishes available will certainly put you in the holiday spirit, whilst the little ones will be entertained by the various fun and games which take place at ‘Ohana throughout the evening. A couple of the highlights include coconut races and dancing the hula! 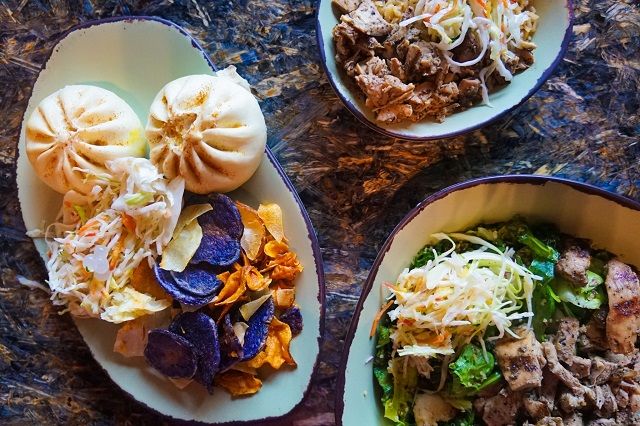 And just when you thought the offerings at Walt Disney World couldn’t get any more diverse, our next choice takes you beyond earthly realms to the Satu’li Canteen at Pandora, a resort dedicated to the world created by Avatar, the epic 2009 science fiction movie.

Jordan, who runs the Inspired By Maps travel blog, describes Satu’li Canteen as “the best new (on-site) Disney restaurant”, explaining how it “takes the theme of a lowly mess hall and meshes it perfectly with a unique menu”.

Jordan goes on to say that “the end combination is delicious quick meals, wonderfully presented, in Disney’s newest park attraction. The Canteen serves international-inspired cuisine with vegetarian options, but for my favourite pick you have to go for the Vegetable Steamed Curry Pods and wash it down with a Pandora Sunrise – a unique blend of tropical juices!”

Discussing the restaurant’s layout, Jordan says that “the interior is beautifully fitted out – as is all of the new Pandora land – so the Satu’li Canteen is the perfect place to escape the heat of Florida during the day, while being one of the best priced food options in Disney!” 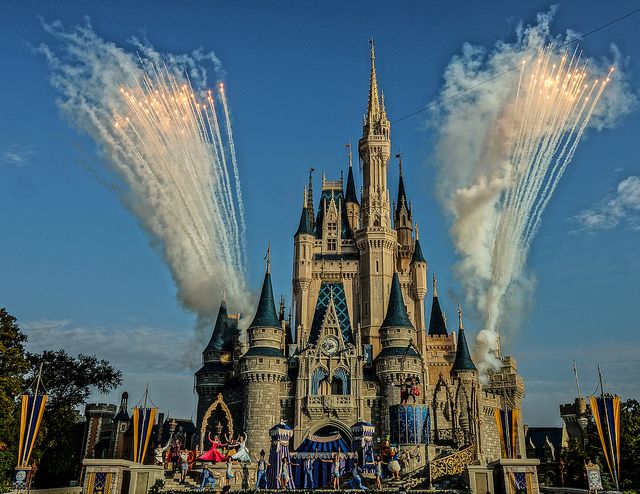 As mentioned at the start, reservations are pretty important at a number of Walt Disney World’s most popular restaurants, and this is something which Taylor from the luxury travel, culture and food blog Wherever I May Roam is keen to point out: “Almost all sit down restaurants at Walt Disney World require a reservation (that can be made 180 days in advance), but don’t worry if you don’t have dining reservations as there are some great counter service choices at each park, too”.

This is a point which is also made by Sam from Yoko Meshi, who says “restaurants book up quickly at this time of the year so be sure to make use of the dining reservations section of the Disney App – and book your FastPasses too!”

If you’re worrying that the crowds all sound a bit much, don’t – the US holiday season, which Thanksgiving marks the start of, is the perfect time to visit Walt Disney World, as Sam explains: “Although busy, Thanksgiving is a magical time to spend at Walt Disney World. As well as all the relevant celebrations you will also see the cross over between Halloween and Christmas take place in the parks.” 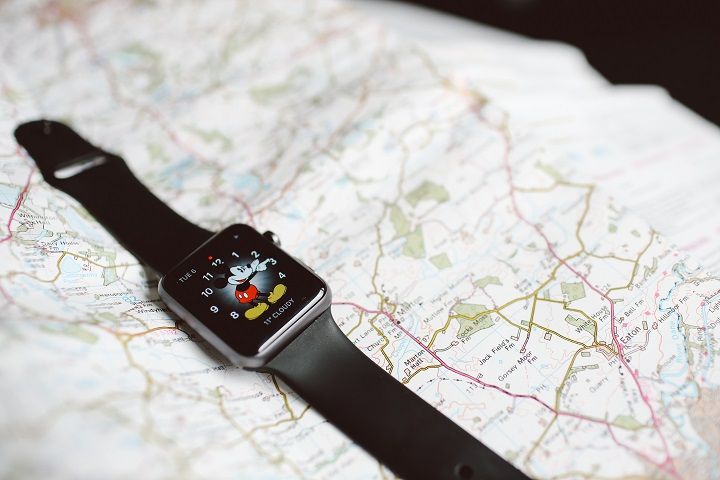 Taylor from Wherever I May Roam also had some advice for those families who may not have been to the Magic Kingdom before and may be wondering where to start with their preparations: “I would advise first time Walt Disney World visitors to do as much planning online beforehand as they can. You will be overwhelmed when you arrive at the park (there is SO much to see and do), but the plans you made before your arrival will help keep you on track so you can do as much as possible!”

Taylor added: “I also recommend taking a break in the middle of the day. Go back to your hotel room, relax, and rest your feet. That way you can head back to the parks for the evening activities and not be completely exhausted”.