Read this handy blog for...
A full run-down of all the seasonal events happening at Disneyland® Paris in 2019!

Legends of the Force

Disneyland Paris' Star Wars-themed season is returning this year, bigger than better than it’s ever been seen before. From the 12th January – 17th March, galactic battles and favourite Characters will come to life in this season which celebrates everything about the legendary film franchise. Characters such as Darth Vader, Kylo Ren, R2-D2 and Rey will be featuring in stunning shows and Character Experiences guaranteed to entertain any guest – big fan or small!

Festival of Pirates and Princesses 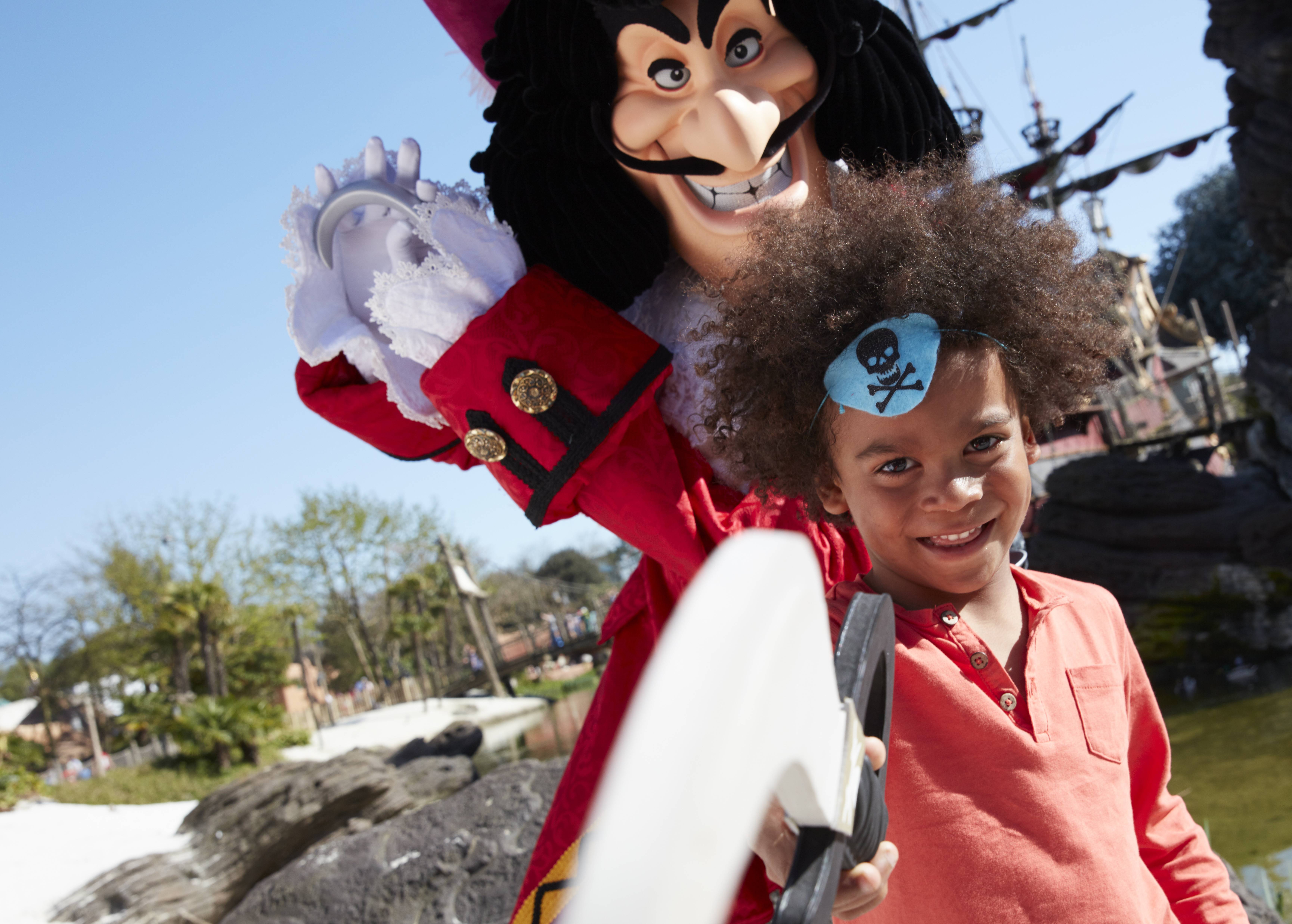 Interactive show, Disney Pirate or Princess: Make Your Choice, is the highlight of this returning season at Disneyland Paris, taking place from the 19th January until the 17th March. Put on your princess gown or slip on your eye patch for a swash-buckling adventure as a Pirate and Princess-filled parade sweeps through Disneyland® Park. Then comes the time for you to make your choice in the parade’s finale: ‘arrr you a pirate or are you a princess?’

Character experiences will also be stepped up a notch, with the opportunity to meet Captain Jack Sparrow, Belle, Aurora and Rapunzel.  Buccaneers will be outside Pirates’ Beach while the princesses await your presence in the Princess Pavilion. 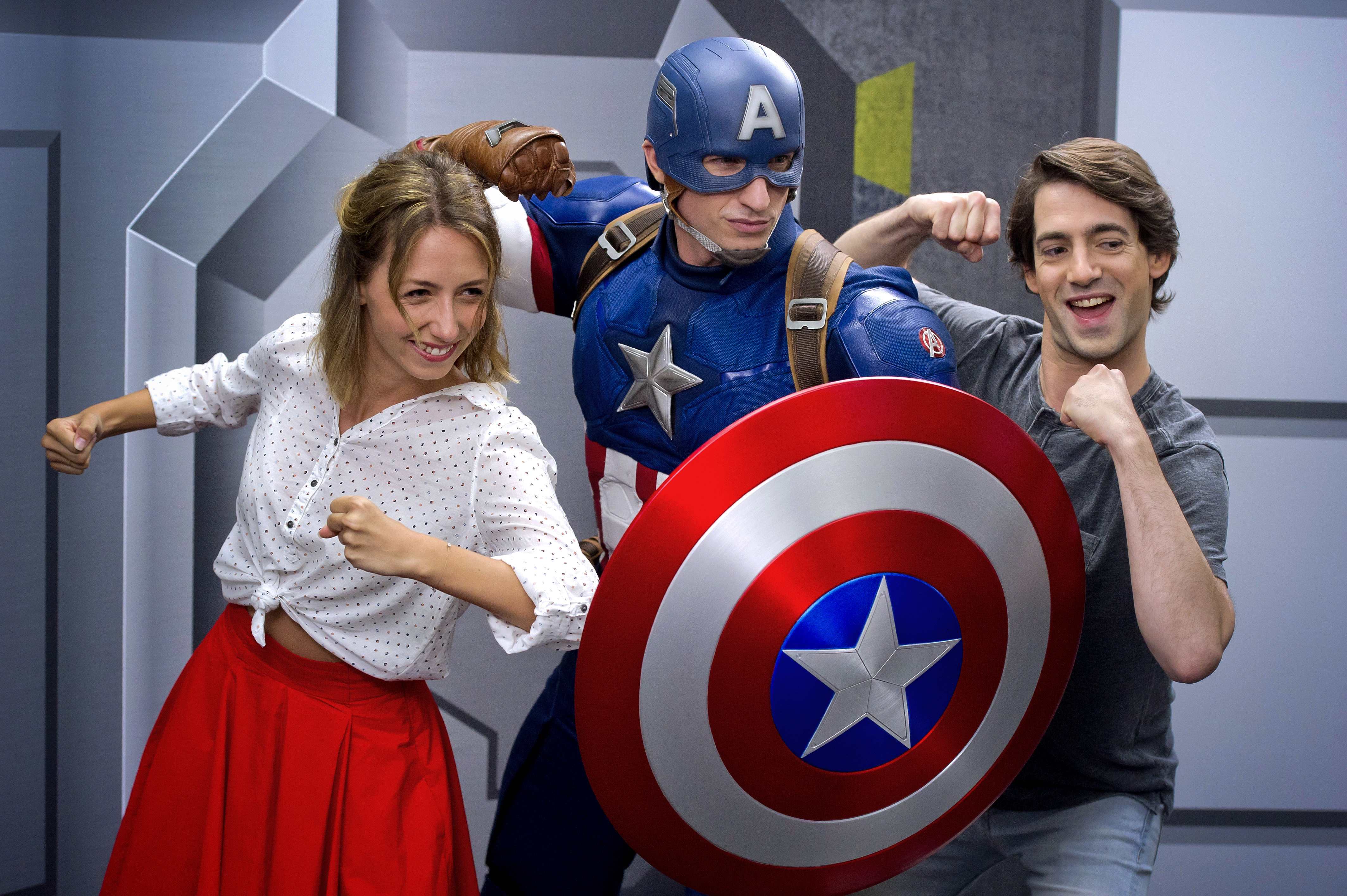 From the 23rd March to the 16th June, Disneyland Paris will be getting a SUPER HERO makeover to celebrate the Marvel Season of Super Heroes. Comic book fans will delight in the extra special seasonal shows and Character experiences happening during this time, including the chance to meet the ultimate Marvel hero: Captain America. Make sure you reserve your spot in advance – he’s a busy man!*

Other exclusive events include two brand-new shows:  Feel the Power of the Epic Marvel: Super Heroes United and Stark Expo presents: Energy for Tomorrow! Gaze in awe as The Avengers, including Thor and Black Widow, fight a colossal clash with Asgard's evil second prince, Loki, while in Super Heroes United, Marvel Legends Iron Man and Captain America battle it out before joining Spider-Man and Black Widow to bring down the biggest supervillain of all, Thanos.

There’s also the chance to strut your stuff to some 80’s bangers at the Guardians of the Galaxy Awesome Dance-Off with heroes Star Lord and Gamora or to get your face painted and transformed into your favourite Marvel character**. 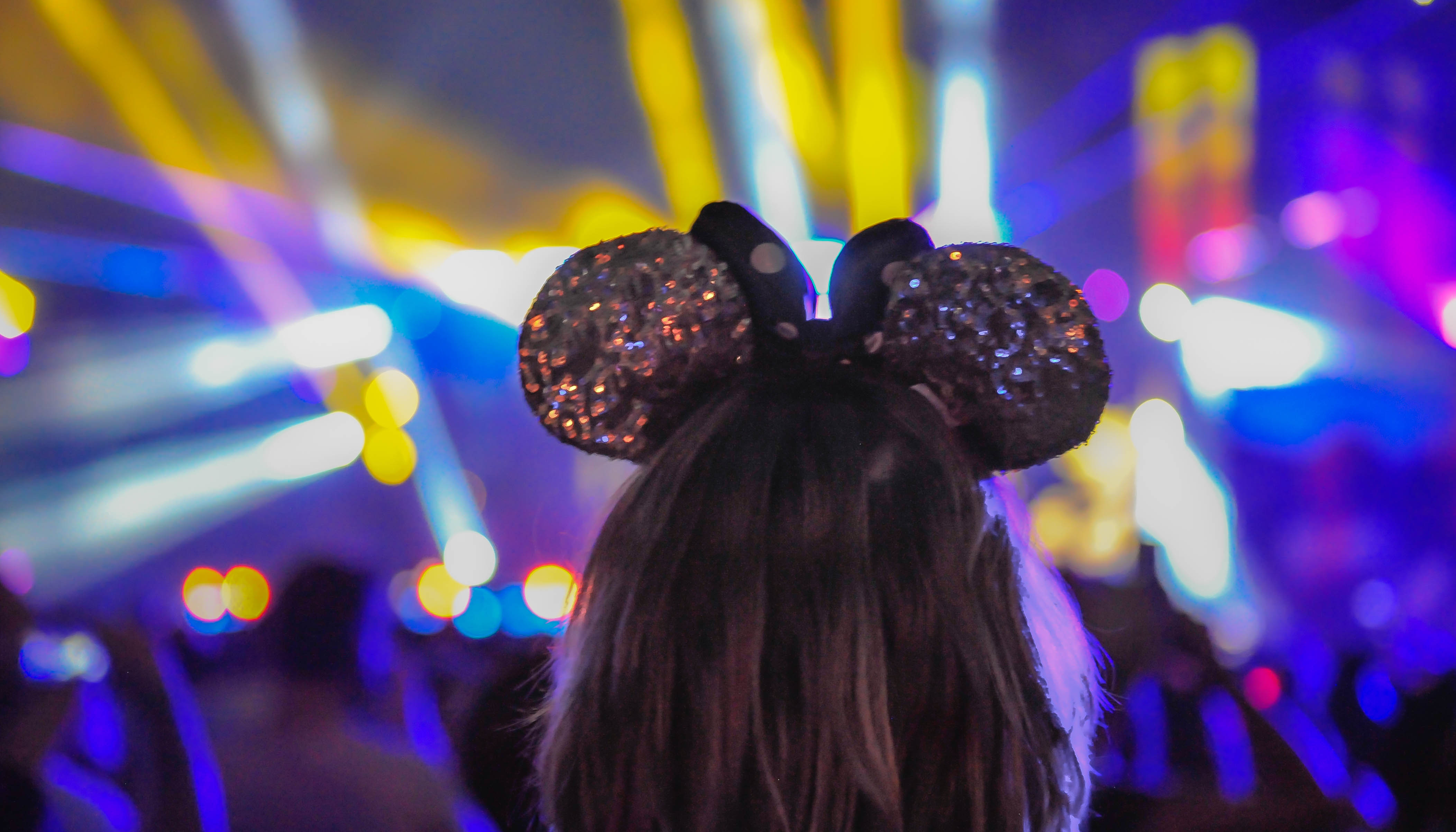 This dance and music festival unlike no other returns to Disneyland Paris in summer 2019 (exact date TBC). Where magic meets music, Electroland is a separately ticketed event that needs to be seen to be believed. Where better to marvel in the wonders of some of the world’s best dance DJ’s than in the beautiful grounds of Disneyland Paris? 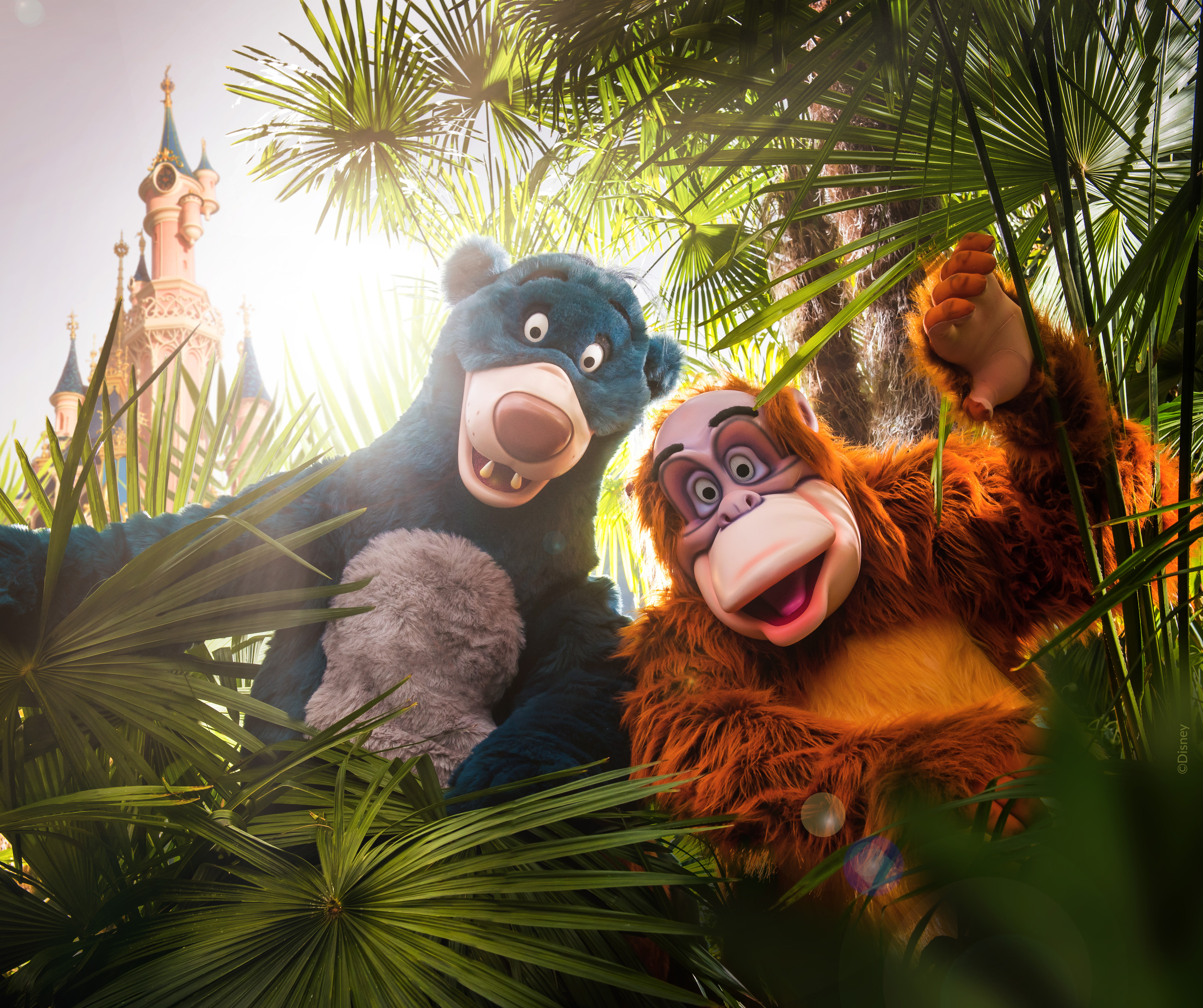 Throughout July and September (dates still TBC) Disneyland Paris will come alivewith the all-swinging, all-dancing Lion King and Jungle Festival. This immersive season will allow you to shake your tail feather alongside well-known Characters from The Lion King and The Jungle Book as you experience fresh new shows and Character experiences.

Ever been tempted to enter a Disney run weekend? We know the perfect place! At the end of September (the weekend of the 19-22 to be precise), Disneyland Paris will be hosting a weekend jam-packed with running events suitable for a whole range of different sports fans. From 5k runs right up to a half marathon course, there’s sure to be something that appeals to people of all sporting abilities. 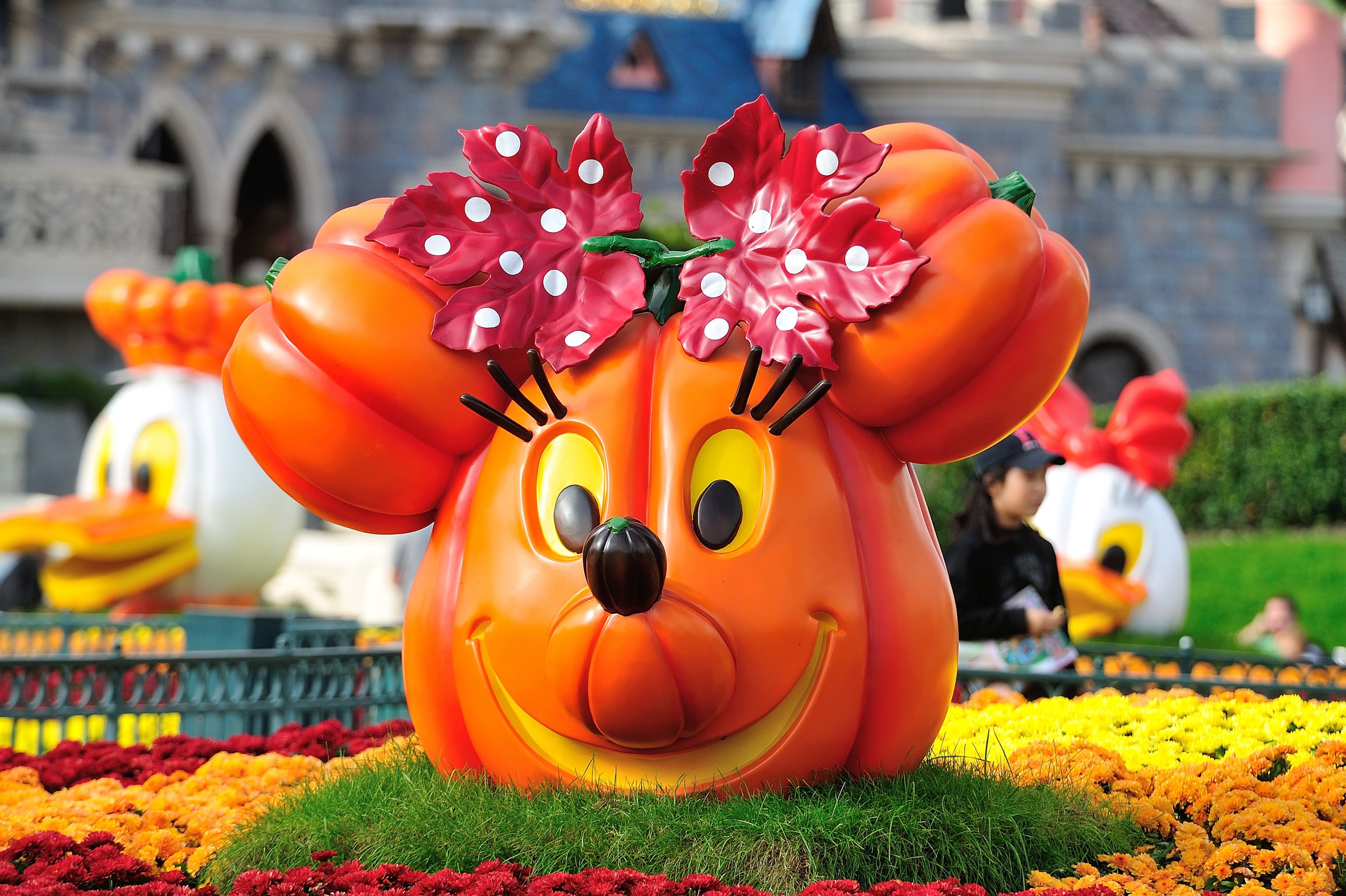 Your Halloween plans just got a little spookier! Visit Disneyland Paris on the 31st October (date TBC) for the best family-friendly Halloween party in town (don’t worry, this event is more spooky than scary!). The annual Halloween Party is a separately ticketed event which allows guests to stay beyond normal park hours but, even if you don't have a ticket, every year Disneyland Paris transforms for the holiday throughout the month of October so that all guests can enjoy the Halloween magic.  Young guests are encouraged to dress up and get into the spirit of things as they meet their favourite Characters dressed up for the occasion and enjoy the park in all it’s autumnal splendour. 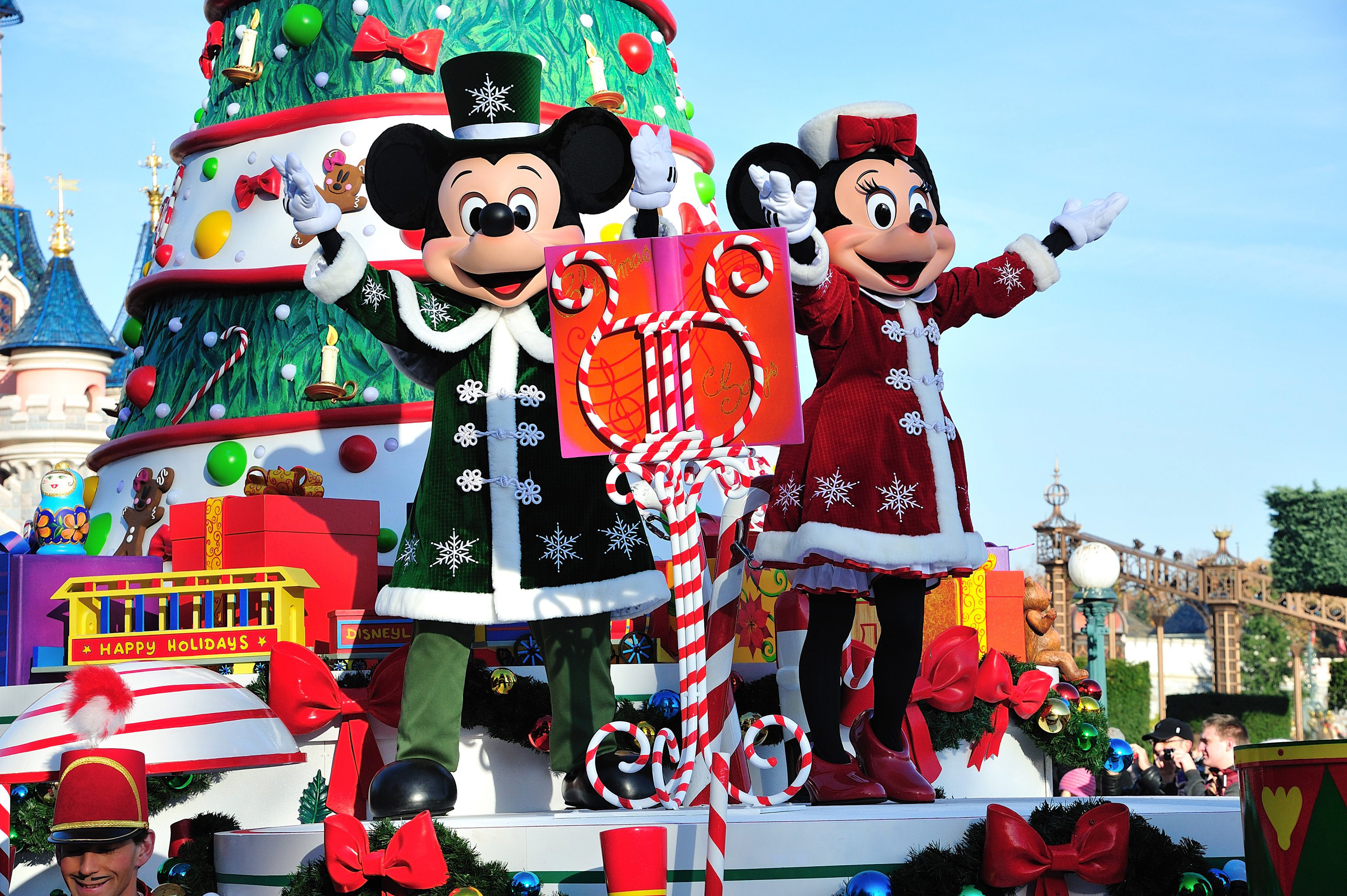 Celebrate the magic of Christmas in the enchanted world of Disneyland Paris in November and December 2019. Dates for next year are still TBC but celebrations usually start mid-way through November and end in the first week of January so you can start planning already!

Christmas at Disneyland Paris is about two things: fantastic decorations and incredible exclusive events. Disney’s Christmas parade is definitely the highlight of the experience at Disneyland Park, giving guests the chance to see their favourite Disney Characters in their customised Christmas outfits, as well as enjoying the songs and smiles that come with a traditional Disney parade.

Are you excited about everything there is to come at Disneyland Paris in 2019? Click here to view tickets!

*By reservation only. Download the Lineberty application available in the App Store or Google Play to make a rservation. places limited, subject to availability of service and tickets.

Stome Star Wars™ attraction and shows in Disneyland® Park are available all year round. You can encounter some of the Princesses and Pirates at certain times during the year outside the Festival of Pirates and Princesses.