The location for a second Sesame Place park in the US has been revealed - San Diego!

Celebrating Sesame Street’s 50th anniversary, the announcement was described as “a major opportunity for kids and families to connect with and learn from the brand and its beloved characters”, by Steve Youngwood (President, Media & Education and Chief Operating Officer, Sesame Workshop).

“The opening of Sesame Place San Diego will give guests a unique and powerful way to experience Sesame Street, enable us to connect with even more families, and further our educational mission,” he continued. 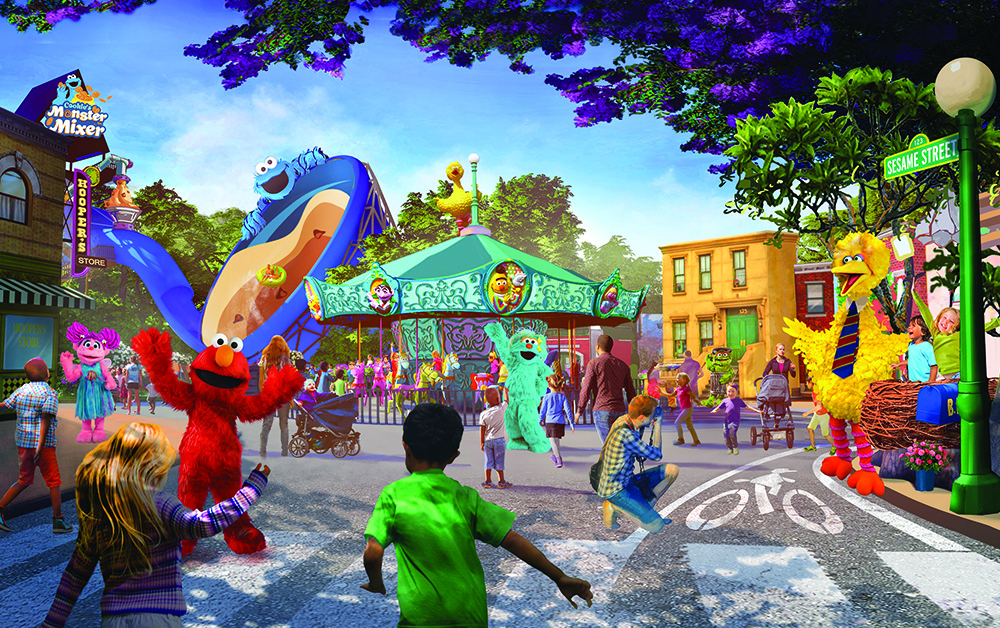 The first and original Sesame Place in Philadelphia is currently the only U.S. theme park based on the iconic programme, and the park in San Diego will be the first Sesame Place on the West Coast. The Philadelphia location has been running since 1980 and has proved itself a popular destination for families for nearly 40 years.

Sesame Place San Diego will open as a Certified Autism Center (CAC), after the Philadelphia sister park became the first theme park in the world to achieve this. Staff will practice autism sensitivity and awareness training, which will be completed prior to the park’s opening, and a park-specific sensory guide will be featured on the website, making it much easier for parents to plan activities that satisfy their child’s specific needs and accommodations. Sesame Place will also have designated quiet spaces with adjustable lighting and comfortable seating will be included too.

The new park will be located on the site of the current site of Aquatica San Diego, which will remain open during the conversion to Sesame Place. Aquatica will open for its final season on Memorial Day weekend (25 May) 2020.

However, nearly all of the water slides will remain after the park’s transformation to Sesame Place, meaning that it is expected to still attract older children as well as the younger kids. Reports suggest that the Hoo Roo Run high-speed body slide (with an 80 foot drop) will close as part of the renovation.

Check back here for more announcements about Aquatica and Sesame Place in the future.