Eight charming San Francisco attractions and experiences...
San Francisco, if not the most charming Californian city, is by far one of the Golden State's most distinctive. The assembly of cityscape, waterscape and nature, Victorian architecture, rolling hills and cable cars not only makes this city unique, but undeniably alluring. Take a look at these charming San Francisco places and spaces...

No trip to this unique and idyllic Californian destination would be considered complete without boarding those famous cable cars to travel up and down the steep rolling hills of San Francisco. The San Francisco cable car system is the only hand operated cable car system in operation in the world. The cable cars are one of the city's most celebrated tourist attractions, listed in the National Register of Historic Places. Needless to say, the hills and the cable cars that climb and descend these sloping surfaces are completely emblematic of San Francisco and a journey on board is indeed a bucket list worthy experience.

For a truly quintessential San Francisco sight, head to the Powell Street cable car terminal to witness the cable car turnaround. As these cars can only travel in one direction, when the cable car reaches the end of the line, the driver disembarks and physically revolves the car on a turntable in order to travel back down the line in the opposite direction. Vist the Sutro District to see the baths and experience what feels like the quietest and most atmospheric place on the planet. On any day expect to meet a thick lingering fog, typical of the district, or enjoy views that are vivid blue and clear.

Head to 16th Avenue to admire the beautiful 16th Avenue Mosaic Staircase. Located in the Golden Gate Heights neighbourhood, the tiled steps boast 163 steps, each tiled with 163 tiles to represent the number of steps. The artwork paints the picture of the ocean and the sky, the lower steps illustrating fish in the ocean, transforming into birds in the sky as the stairs ascend. Over three hundred neighbours contributed to the creation of the tiles alongside the two artists, Colette Crutcher and Aileen Bar, that led the artistic project.

If you have the stamina  to climb all 163 steps of this spectacular staircase, then this is a far better feat than just taking a few pictures, but the sheer sight of it is something special in itself.

Almost synonymous with San Francisco is the Golden Gate Bridge, declared by the American Society of Civil Engineers one of the Wonders of the Modern World. This epic bridge is one of the city's most significant structures, not only symbolic of San Francisco, but California and America as a whole - recognised the world round. The Golden Gate bridge is an absolute marvel that can't help but take your breathe away with it's astounding greatness and the vast expanse of water in which it stretches across. Spanning an impressive 4,200 feet, the bridge was once the longest suspension bridge in the world. It may have lost this title, but the bridge still lays claim to being one of  the most photographed bridges to date. The Golden Gate Bridge really is to San Francisco what the Cinderella Castle is to Disney World's Magic Kingdom. See this bridge by helicopter flight, sail beneath it and cycle across it. However you see this impressive structure, you won't be disappointed. How many cities can claim to be the home of the most crooked street in the world? Of course, the ever so extraordinary San Francisco can. The odd and wonderfully intriguing Lombard Street never fails to amaze it's onlookers. Typical of San Francisco, this famous street is indeed, steep and hilly and offers spectacular views. However, with it's crooked, zig-zagged eight hairpin turns, Lombard Street most certainly is not a 'rolling hill'. It is the Russian Hill neighbourhood, located between Hyde and Leavenworth Streets, that sees the 'world's crookedest street' transform into one of the most peculiar streets you may have ever seen.

Watching cars navigate their way down this sharp winding hill has become a tourist attraction in itself. If you happen to have a car on your San Fran travels, why not give it a go and zig zag down this spectalar hill driving? Bare in mind, the best way to enjoy the stunning views Lombard Street boasts is by walking. To walk the crooked street take the Powel-Hyde cable car, which stops at the top of the winding block and make your way down. We advise walking down-hill, unless you'd like the challenge of tackling this uphill walk! This little islands, known as 'The Rock' needs little introduction. Located in the San Francisco Bay, Alcatraz is probably most famous for its now abandoned prison, Alcatraz Federal Penitentiary. Once the most fearsome of prisons, Alcatraz was America's first maximum security  prison, built to make home to America's most dangerous and notorious prisoners. Al Capone, George 'Machine Gun' Kelly and Mickey Cohen are just a few of America's famous prisoners that helped make this prison part of prison folklore and a significant San Francisco tourist attraction. 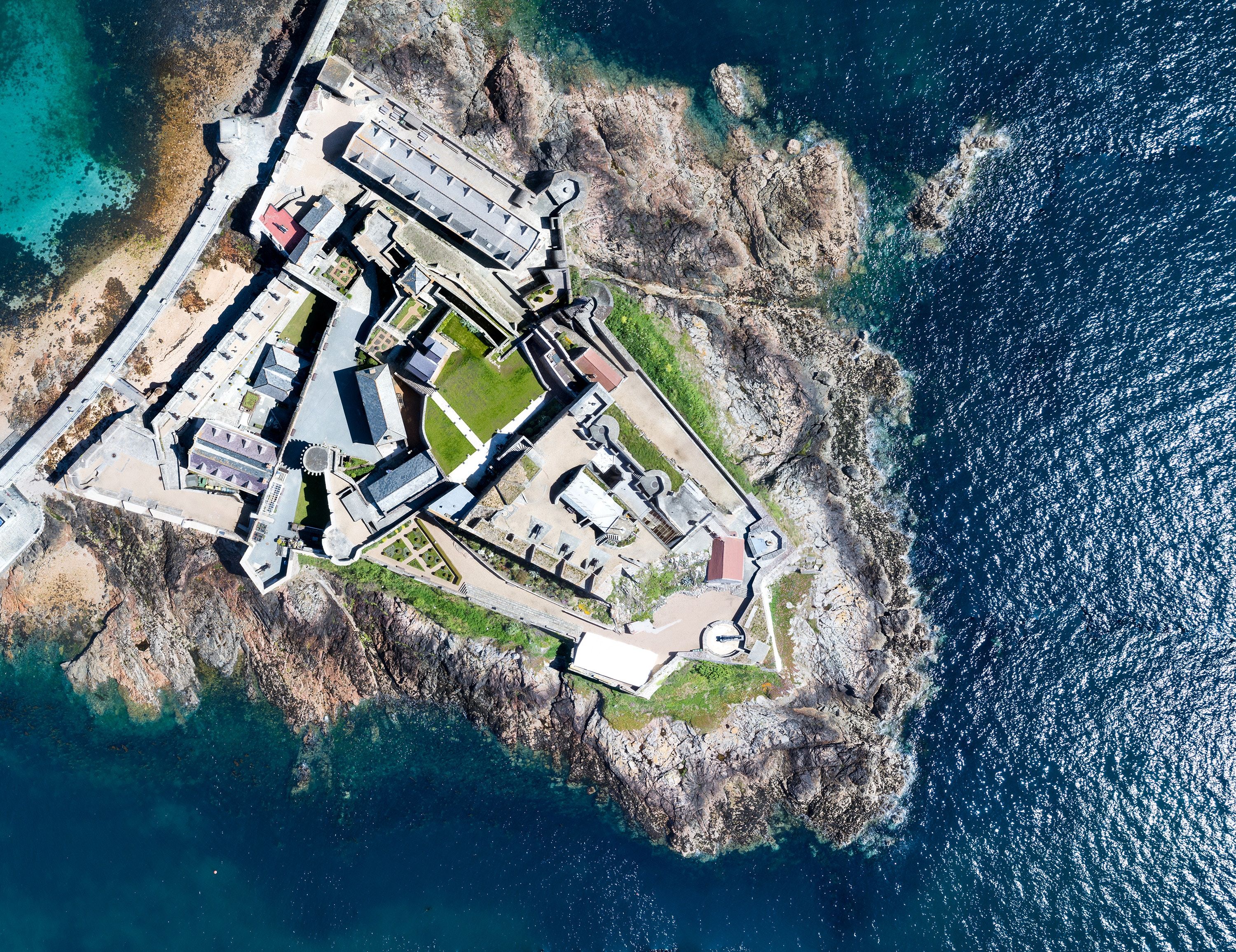 Head to Alcatraz Island if you've enjoyed films like The Untouchables (Al Capone) and Gangster Squad (Mickey Cohen) and explore the prison where these film-worthy gangsters ended up. Pre-book your tour of Alcatraz Federal Penitentiary, which will include a round trip ferry ride from Pier 33 to the island, and see the very jail cells in which these prisoners slept. Hear the voices of actual Alcatraz prisoners and prison officers, listen to the stories of attempted Alcatraz escapes and insert yourself into the history and legends of this infamous prison.

7. Painted Ladies and the Victorian Houses

If your only acquaintance with the beautifully Painted Ladies is on the front of postcards or the backdrops of San Francisco set movies, take a walk through Alamo Square neighbourhood to see the distinctive Victorian mansions that characterise the area quaintly. For an exceptional view, take in vistas of the Painted Ladies from the hills of Alamo Square Park, at which these colourful houses on Steiner Street face the park. From atop the hill will you see these rare Victorian architectural marvels in their glory, as well as the gleaming cityscape of Downtown San Francisco that sits behind the Victorian structures, offering a unique juxtaposition of old and new. Although Alamo Square is the most famous neighbourhood for the Painted Ladies, keep an eye out for other unique Victorian San Francisco mansions and houses painted in spectacular colours.

And of course, when you're in need of a good glass of wine, made even sweeter by your very own hands (and feet), leave the rolling hills of San Francisco behind in exchange for idyllic valleys of the Wine Country. Wine lovers, how could you not take full advantage of San Francisco's convenient proximity to California's wine region? Sample wine from Napa Valley, Sonoma and Northern California's Wine Country, accompanied with good food and natural produce, all whilst you bask in the magnificent surrounding landscapes and perfect Mediterranean temperature.

Take a tour from San Francisco to the Wine Country and not only will you be spoilt wtih great food and wine at your destination, but a scenic journey, driving along the sloping San Francisco hills, across the monumental Golden Gate Bridge with spectacular views of Alcatraz Island and the outstanding San Francisco skyline.

Pre-book your San Francisco attraction tickets before you travel with Attraction Tickets Direct and explore the amazing places and spaces of this wonderfully unique city.