Disney Parks Celebrate 50 Years of 'It's a Small World' Today! 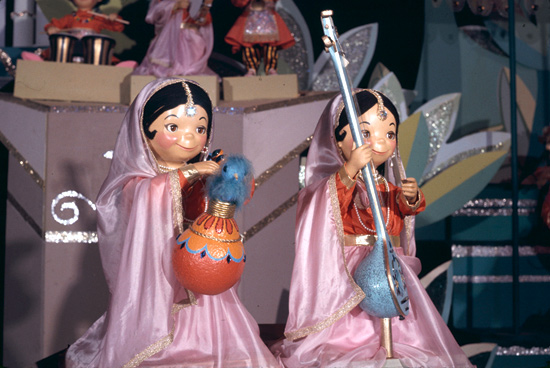 The  award winning 'It's a Small World' song forms the soundtrack to the attraction and was penned by the genius songwriter duo and brothers, Richard Sherman and the late Robert Sherman. The songwriters are particularly dear to Disney, writing and composing many award winning and critically acclaimed songs for the Walt Disney Company, including songs for Disney  films like The Jungle Book's I Wanna Be Like You  and Mary Poppins Superkalifragilistikexpialigetisch.   It's a Small World catchy song lyrics and the attraction's utopian ambitions combined, have been touching the hearts of Disney guests for fifty years and has become as synonymous with a Disney visit as witnessing the Cinderella Castle.

To mark the the 50th anniversary of this treasured Disney attraction, Disney have put together this impressive video that features people from around the world singing and playing this memorable song in their chosen language, in their chosen dress and with their chosen instrument. We'd loved the video so much that we just had to share it with you. But that's not all. Disney are heading to New York's Times Square to host a 'It's a Small World' sing-along with ABC-TV's 'Good Morning America'.
Walt Disney World Florida have planned a special pre-parade will take place  before the Disney Festival of Fantasy Parade, where park guests will be invited to join a sing-along. Throughout the day in park performers, including the Dapper Dans and Main Street Philharmonic will incorporate 'It's a Small World' into their performances.
- At Disneyland California, Richard Sherman himself will make an appearance during a sing-along taking place on Main Street.
- Disneyland Paris international Disney cast members and students from the European International School will sing a multi-language rendition of 'It's a Small World'.
- Tokyo Disneyland cast members and Disney park guests will sing the song in Japanese.
- Hong Kong Disneyland cast members and students from Hong Kong Children's Choir will be singing 'It's a Small World' in Cantonese.
Add Happiness to your next theme park visit and take a ride on 'It's a Small World' at a Disney Resort of your choice with the Attraction Tickets Direct range of Disney tickets.
Walt Disney World Tickets , Disneyland® Paris Tickets , Disneyland California , Walt Disney World , Disney Parks , It's a Small World
Tweet