It's official!
Toy Story Land opening date finally announced for summer 2018...
The wait is finally over! Disney’s latest expansion to Hollywood Studios have announced their opening date - Toy Story Land will be opening on 30th June 2018!
For the past few years, we’ve been hearing more and more about a new 11-acre land inspired by Toy Story. We’ve eagerly waited for Disney to reveal more details and finally, the wait is over! Here are just a few things to look forward to...
Slinky Dog Dash
Are you ready to join Woody, Jessie, Buzz and Andy in the fun? At this land guests can take a ride on Slinky Dog Dash, a roller coaster Andy has assembled from his Mega Coaster Play Kit and topped off with Slinky and Jessie. 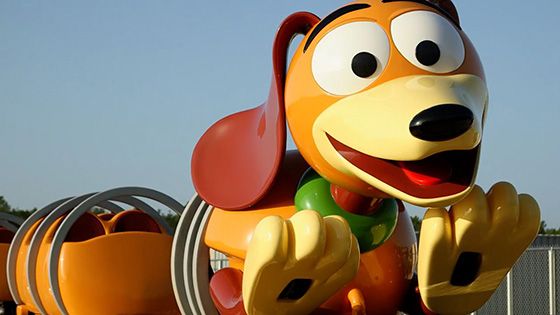 Toy Story Mania
Old favourites such as Toy Story Mania will still be there, better than ever! First opened in 2008 it has now received a makeover with a third track. The popular attraction will put even more guests in the action taking aim at 3D objects – using everything from baseballs to creampies – in a variety of whimsical, fast-paced games.
Alien Swirling Saucer
Also new to the land will be a family-friendly coaster, Alien Swirling Saucer, where families will also be able to take a spin through a galactic play set that Andy won from Pizza Planet. Here, adorable little green aliens swirl about in their flying saucers with guests in tow in their rocket ship toys, while “The Claw” hangs overhead.
What else to expect this summer in Orlando:
Disney's Hollywood Studios
Tweet