It doesn’t matter whether you’re a Disney veteran that is looking for a top-up of magic or you’re a first-timer looking to taste the experience, you can visit two different Disney parks in 2-days.

There are lots of Walt Disney World tickets to choose from such as our 2-day Disney ticket with mini golf, which gives you the chance to visit two Disney theme parks in the two days (1 per day) as well as play Disney mini golf on the third day.

If you’re spending a couple of days at Disney World and are unsure of what to do you need to read on to see what rides you should go on and what attractions you should try to fit in. 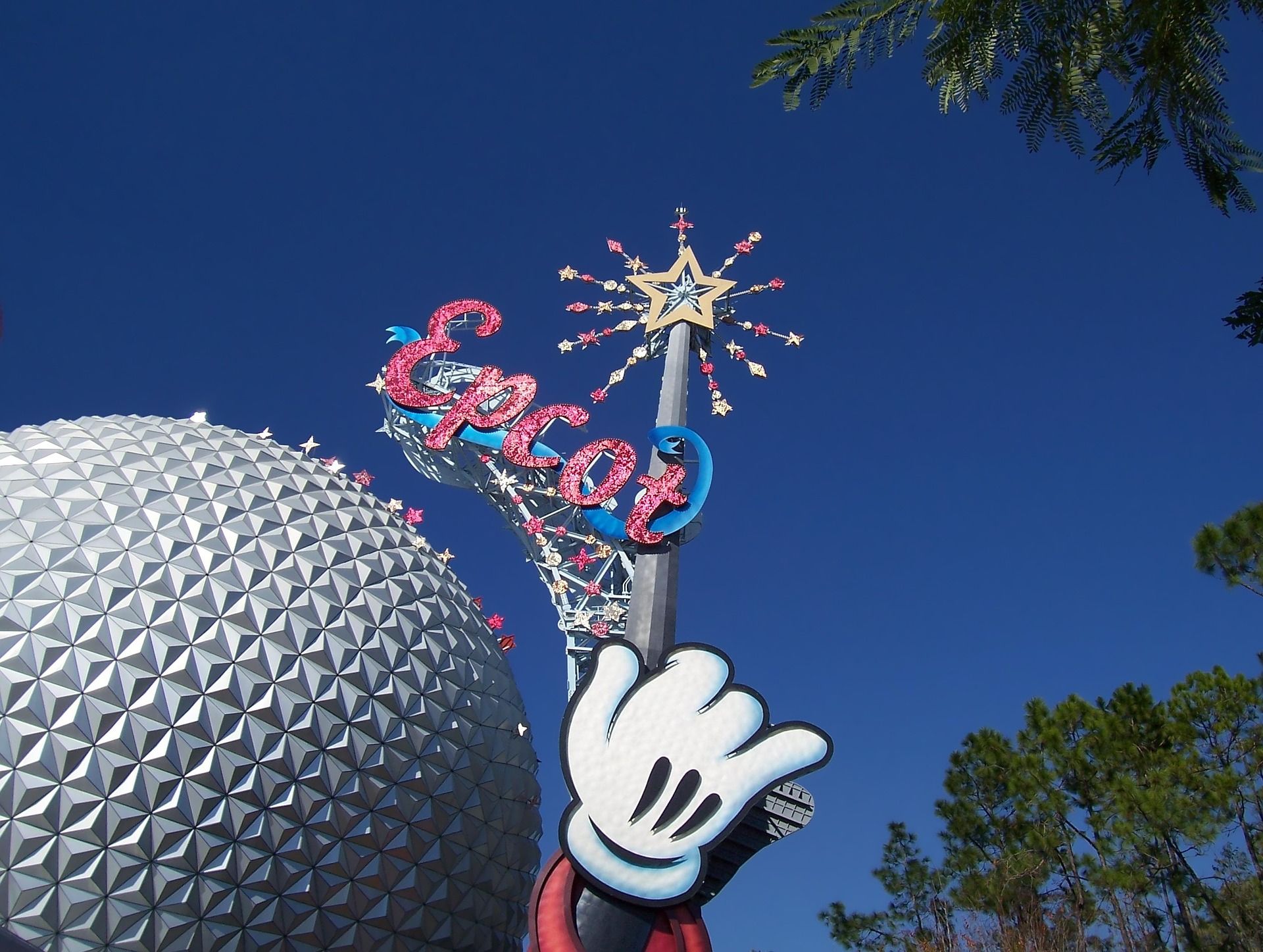 Being twice the size of Magic Kingdom means there is lots to see and do at the theme park and it is certainly worth spending a whole day here.

Get there early so you can make the most of the experience and as Harmony Skillman, who runs the Momma To Go blog, says it will be one of your favourite days.

“On our recent visit, with kids aged 6 & 3, I wanted to visit Epcot because I had fond memories of visiting as a middle school aged child. At the last minute I was like "I don't know" because I was worried the smaller kids would not like it. Well, it ended up being our favourite day at Disney! It was so unique - both the rides and experiences and the World Showcase. I think Epcot gets overlooked by families and I would definitely encourage you to include a day at Epcot.”

Explore Around the World with Epcot

Whilst at Epcot you must visit the Around the World with Epcot attraction as this gives you a taste of cultures all the way from Norway to Mexico.

Andrew Long runs Wandering Disney, a Disney theme park blog, and he says you should set aside an afternoon or evening to wander through Epcot’s World Showcase.

“Epcot's World Showcase is one of the most unique and inspiring theme park areas. Set aside a late afternoon and evening to wander through each country's pavilion and cap it off with a viewing of the night-time show, Illuminations - Reflections of Earth.”

Harmony Skillman adds, “My kids love the rides, and the magic of it all, but honestly our favourite thing, that you can't get at other theme parks is the World Showcase at Epcot. We are a travel family, so we love the fantasy of traveling around the world in one afternoon! From the architecture at each pavilion, to the attractions and food/drink - to us it’s really a special, unique experience.”

As you travel from country-to-country at Epcot’s World Showcase you will also come across a plethora of incredible restaurants that serve the most recognised foods from the particular region you are in.

The Theme Park Insider’s Robert Niles says you can’t go wrong with many of the restaurants in the world showcase.

“My ideal itinerary would include Spaceship Earth, Mission: Space, that France pavilion, the wonderful American Adventure show and the charming new Frozen ride in the Norway pavilion. You can't go wrong with any of the restaurants in France, but I'd probably choose something in Morocco or Japan for my other meal of the day. Dining at Disney World can be a delight... so long as you're willing to look beyond the burgers and chicken strips that too many people settle for at the abundant counter service eateries around the resort.”

Andrew Long at Wandering Disney, adds, “There are many places to eat throughout World Showcase. I would recommend Via Napoli, an Italian pizzeria, or Chefs de France over other restaurants.”

If you’re heading to Animal Kingdom 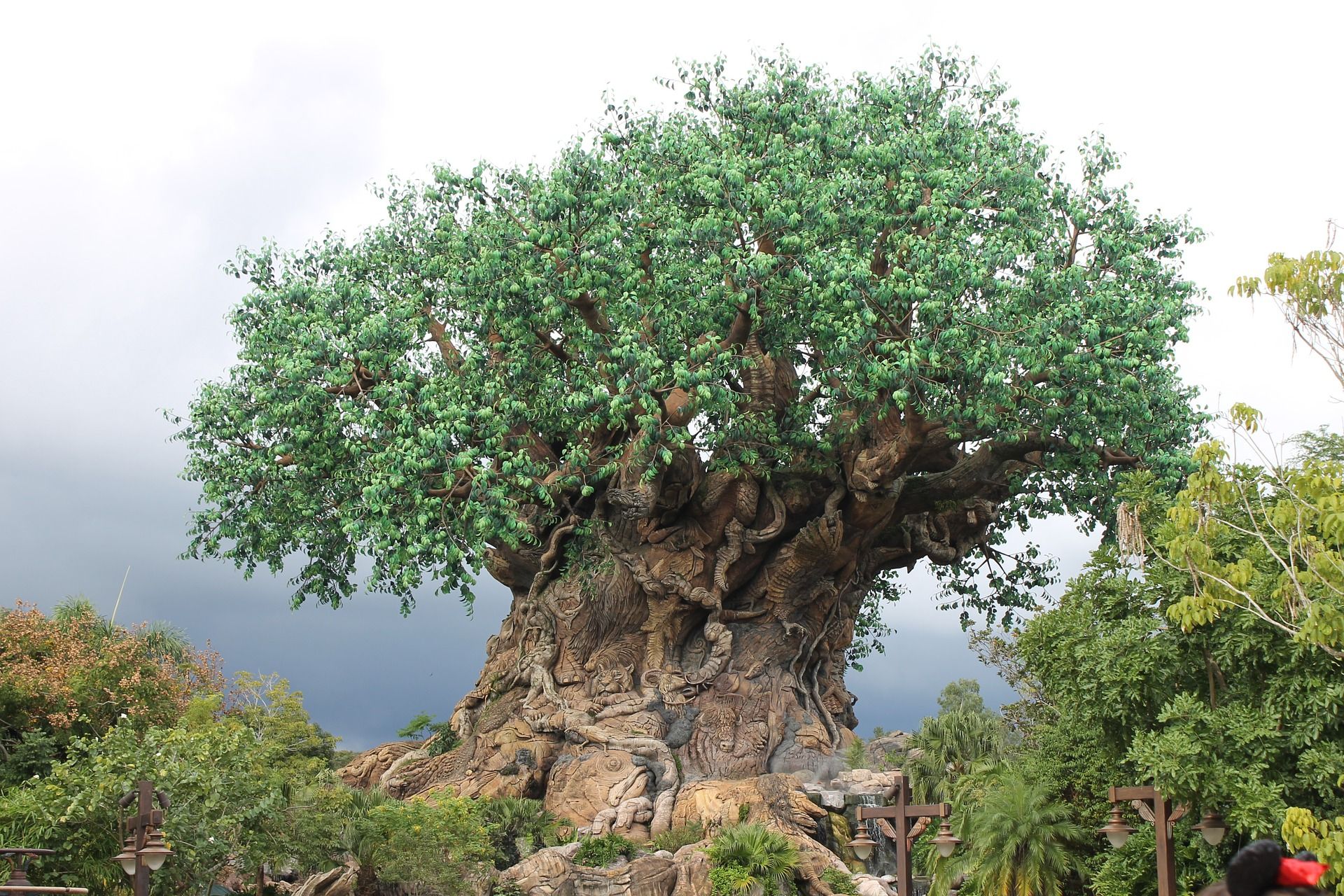 On the second day, depending on your family’s interests, you should either spend it at Animal Kingdom or Magic Kingdom.

Animal Kingdom’s 500 acres is home to around 1,700 animals from countries all over the world as well as a number of rides, including the recently opened Pandora – The World of Avatar area. So if you’re full of adventure and love animals this might be the best park to visit.

Animal Kingdom, like all the other Disney World theme parks, is home to a host of exciting rides and this makes it difficult to choose which ride to go on.

Robert Niles says he would spend one full-day at Animal Kingdom.

“If I were spending just two days at Disney, I would spend one of them at Animal Kingdom, hitting up Pandora, Rivers of Light, the safari ride and the Expedition Everest roller coaster. Don't miss the underrated live musical shows, either - the Festival of the Lion King and Finding Nemo. I'd have lunch in Pandora and dinner at Tiffins.”

Disney expert Andrew Long says there are three rides he feels you just can’t miss during your visit.

“Don't miss Flight of Passage, Expedition Everest, and Kilimanjaro Safaris, three of Disney World's best rides. Animal Kingdom is quite beautiful and worth time to just walk around and explore.”

“Spending a morning and afternoon in Animal Kingdom is a great use of time. The park is unique to Orlando and showcases animals as well as fantastic rides.”

If you’re heading to Magic Kingdom 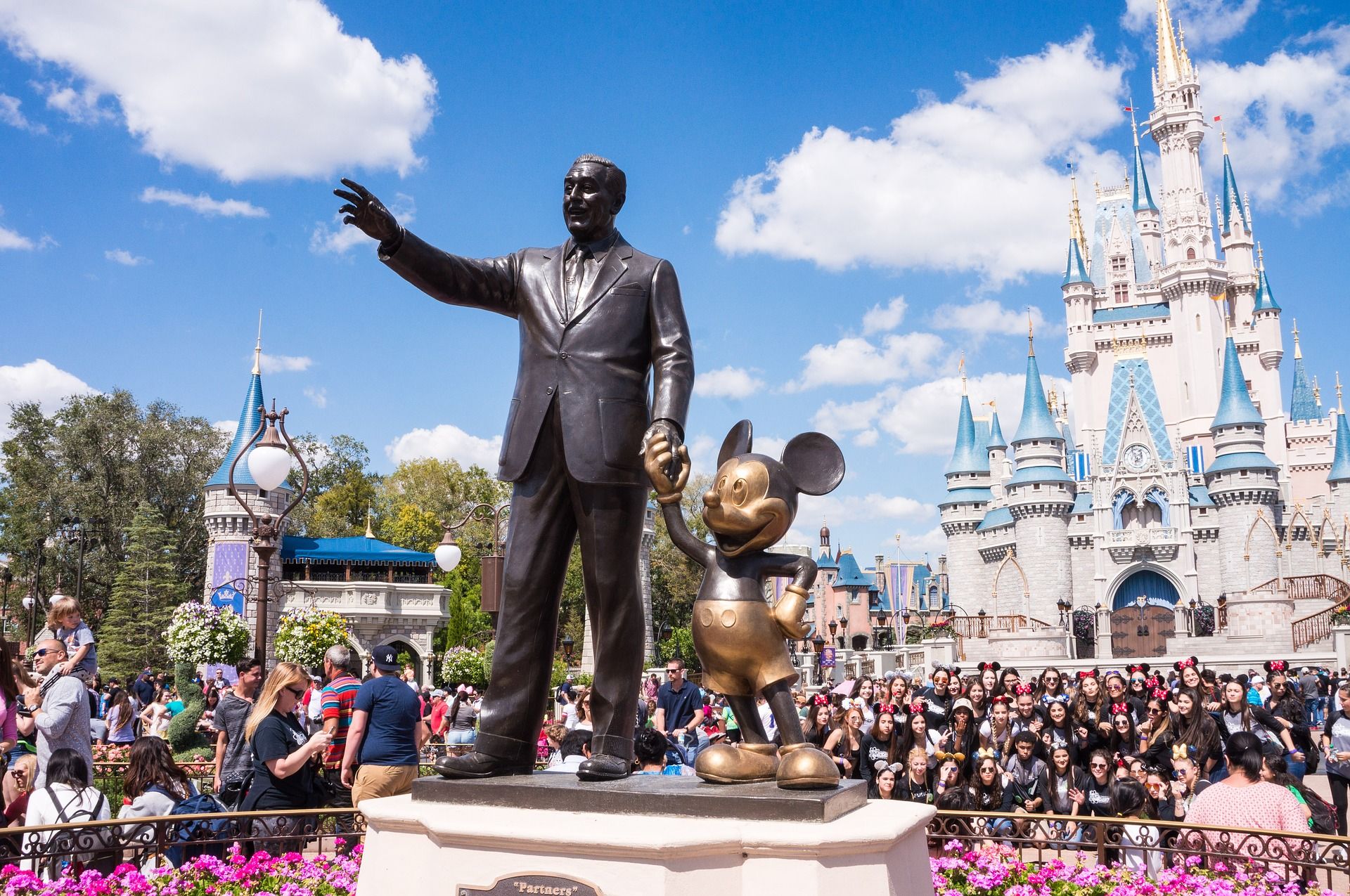 With individual lands such as Adventureland, Frontierland, Fantasyland, Tomorrowland, Main Street U.S.A., and Liberty Square, there is plenty to do at Magic Kingdom. This iconic theme park is perfect for people of all ages with attractions for young children and older adults on offer.

Andrew Long from Wandering in Disney says he has lots of favourite rides.

“Magic Kingdom has almost more rides than the other three parks combined. Haunted Mansion and Splash Mountain are my favourites in that park, due to their incredible story-telling.”

Despite being the smallest of its theme parks, Disney’s Hollywood Studios is bursting with iconic attractions, blockbuster entertainment and a range of character experiences.

According to Disney Addicts you should try to nab an 8am reservation at Hollywood and Vine, a character dining restaurant that serves breakfast an hour before the park opens.

“Snatching up one of these coveted early morning reservations definitely puts you at an advantage. Getting in early means no crowds so you can snap some amazing photos of your group in front of Hollywood Boulevard or Grauman’s Chinese Theater. Also, by the time you finish your meal the park will just be opening. This means that you can beat the crowd at the gates and instead line up to enjoy some of your favourite attractions.”

Other tips for 2 days at Disney World 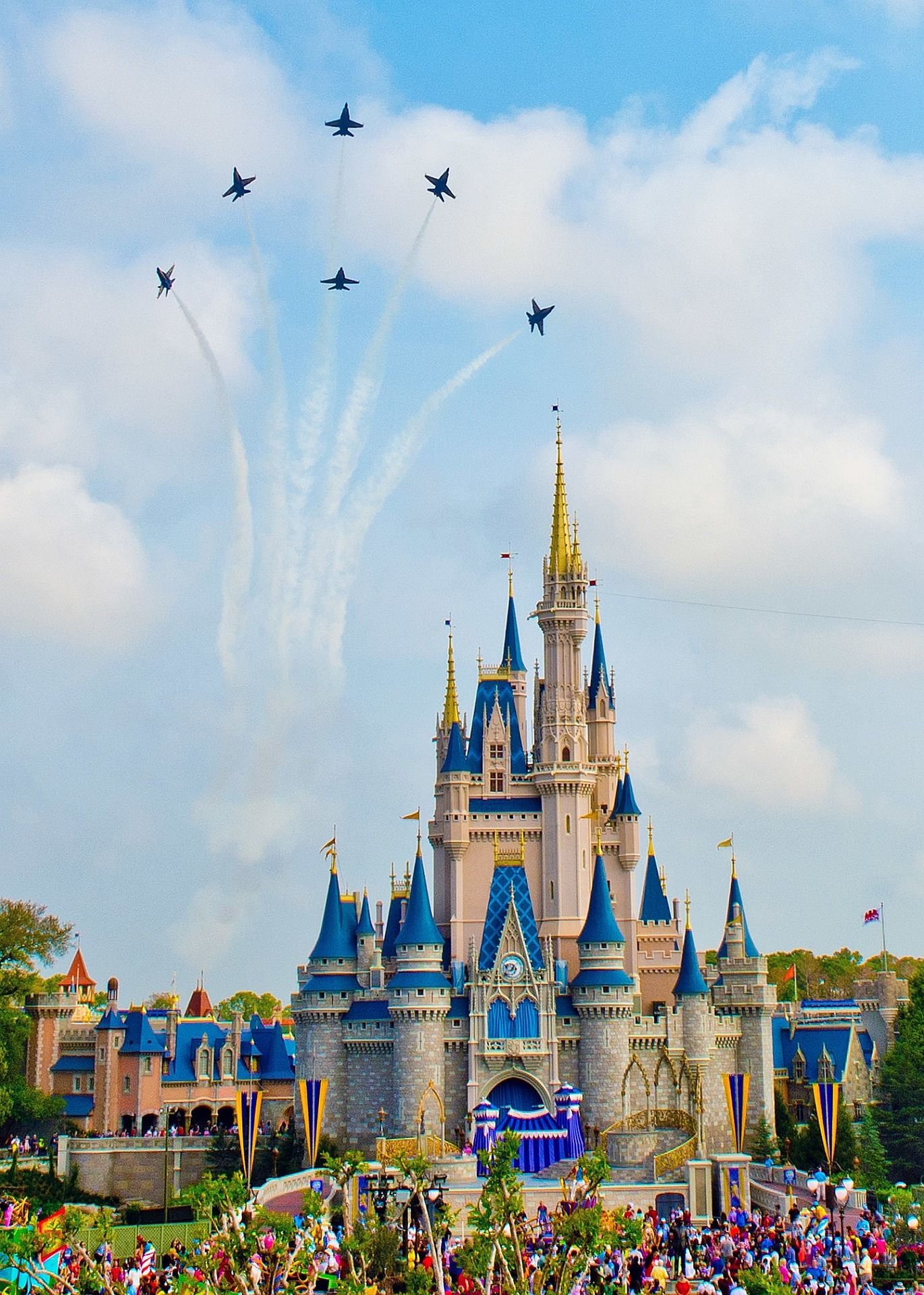 Enjoy the time you have there

Whilst you want to try and go on all the rides that have caught your eye, it is important not to rush around every minute of the two days you are at Disney World.

Robert Niles from the Theme Park Insider, says, “The most important part of visiting Disney, to me, is to forget about trying to score some imaginary points by doing everything as quickly as possible and instead to just focus on the amazing detail you can find wherever you are in the parks. It's a delightful place that you won't fully know even after 48-hours of visiting. So enjoy whatever time you have there.”

Wandering in Disney’s Andrew Long agrees, “If you are at Disney World for 2 days, then the instinct is to rush around and get as many rides done as possible. That's great for part of the time but don't forget to slow down and see what sets Disney apart. Other places have great rides too but Disney does themed areas better than anyone else. Animal Kingdom, Epcot's World Showcase, and Magic Kingdom's Liberty Square and Frontierland are great examples of this. The details throughout the park are fantastic and worth exploring. Rush around in the morning and late at night but save some time to look around, as well.”

Make sure you have a character meal

During your couple of days at Disney World you’ll want to eat lots of the scrumptious food that is on offer and something that is highly recommended is planning in a character meal during your stay.

You can book Disney VIP Character breakfast tickets and these character meals are your chance to not only enjoy a delicious meal, but to enjoy the appearances of some of your favourite Disney characters. So bring your camera and autograph book!

Harmony Skillman, who has previously written about her experience at Disney, says, “We also LOVE character meals - first of all, you have to eat, and the food is plentiful and delicious. We love Chef Mickey for breakfast or brunch! A character meal is really the best way to get up close with your favourite Disney characters.”

If this has got you in the mood to start planning check out our 2-day ticket deals.