Orlando , Expert View Column
By ATD’s Florida Experts, Susan and Simon Veness
It’s no surprise to anyone that Orlando’s dining scene is vibrant and ever-changing, with new locations opening all the time. While restaurant debuts are well covered, the smaller dining delights are typically overlooked. Here are five 2018 discoveries you won’t want to miss.

Seasons 52 on Sand Lake Road, just under a mile west of International Drive, isn’t new, but their seasonal Prix Fixe Menu is a real discovery. Taking a page out of Orlando’s massively popular Magical Dining Month (which takes place in September each year), these three-course, fixed price meals make dining both interesting and affordable. Blending the Seasons 52 premise of healthy dishes built around what’s fresh and available during each of the year’s 52 weeks (which translates to 52 “seasons”) with Magical Dining Month’s concept of offering moderately priced dinners at many of the best restaurants in Orlando, theses menus allow guests to indulge in true culinary delight without taxing the wallet.

The previous incarnation was Hello Spring, which has now transitioned into the Harvest menu as autumn approaches. What can you expect from these limited-time offerings? Each menu includes a starter, main course, and mini-indulgence (dessert), and those offered on the Harvest menu are a choice of butternut squash soup, porcini mushroom bisque, spinach and caramelised Bosc pear salad or organic field greens to start; Mediterranean-style Australian lamb shank, cedar plank-roasted salmon, venison chop, wood-grilled filet mignon or short rib lasagna as a main; ending with a pumpkin pie or pear cheesecake mini-indulgence (small desserts layered in a glass, just the right size to satisfy your sweet-tooth without making you feel guilty).

Also check out their 10 Under $20 menu, which features ten main courses (salads, meats and fish) for under twenty dollars, or Happy Hour (say “Hi” when you see us there!), with a selection of nibbles at $5, $4 beers, $5 wines, or the popular Two Glasses of Wine & Flatbread for just $15. You can even get the flatbread made gluten-free.

Wine Bar George opened this year in Disney Springs, and even the locals are popping over to enjoy a few tipples from a selection of more than 130 wines by the glass or by the ounce. And it’s the “by the ounce” part that’s so appealing when it comes to Wine Bar George’s most exclusive vintages. Master Sommelier George Miliotes firmly believes everyone should have access to the best wines from across the globe, and while most of us probably can’t spring for an $892 bottle of Dujac Premier Cru (£695), a one-ounce pour is $38 (£29), putting it within reach for oenophiles (wine drinkers) who drive a Ford Focus rather than a Lamborghini Countach.

But it isn’t just the wine that has proved a terrific find, it’s also the food, especially the opportunity to assemble a Picnic Basket filled with your choice of lovely little nibbles. Your spread will include selections from the sandwich menu (Goat Cheese, Fig and Arugula; Speck, Brie and Olive Salad; or Ham and Gruyère), “bites and boxes” menu (Olives and Hummus; Calabrese, Brie, Honey and Crackers;  Sopressata, Cheddar, Fig and Crackers;  Chorizo, Manchego, Almonds and Crackers; Chicken Skewer, Togarashi and Asian slaw;  and Crispy Mac & Cheese Bites), plus a choice of Chocolate Chip or Rosé All Day cookies. Pop over to Fort Wilderness for a picnic along Bay Lake, and let the romance begin! 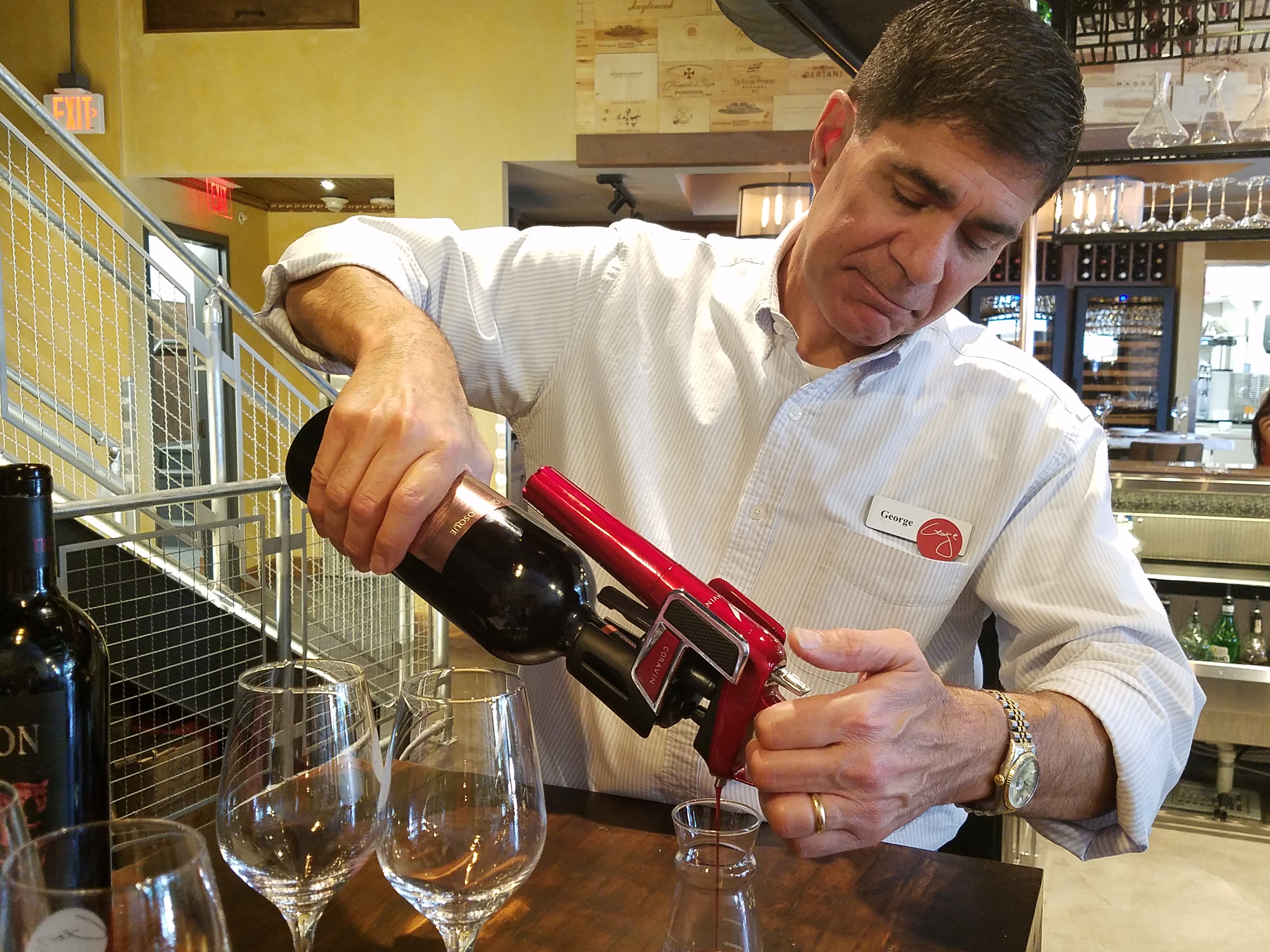 KeKes Breakfast Café has been around for a while, but in the past you had to drive to Dr Phillips or Kissimmee to experience this locals’ favourite. Now, guests staying at or around Walt Disney World are just a few minutes away from the popular restaurant’s newest branch (and its competitor, First Watch), located on Highway 535 (Vineland Road) north of the Publix super market in Lakeside Village Center, serving breakfast from 7am-2:30pm). As a thoughtful touch, calories are listed for each item so you can make the best choices to suit your needs, whether your needs are diet-related (try the 5 Egg White Omelet) or full-on indulgence with the whomping Banana Nut Pancakes.

This is serious American Fare territory, full of waffles, fluffy pancakes, French toast, stuffed French toast, various Eggs Benedict choices, bacon, ham and sausages, and eggs done every way imaginable. Go for the Egg Favorites combos and you can almost, but not quite, assemble a Full English (pick up a can of Heinz Beans at nearby Publix and maybe, just maybe, if you ask nicely, they might heat it up for you. But don’t count on it). Lunch is served from 10.30am until 2.30pm (Paninis, salads, sandwiches, burgers and the like), but you’re really here for breakfast.

Red Robin has several locations around Orlando, and while their burgers are among the best at a moderate price, the big find here is their keto-friendliness. Yes, you’re on holiday and you’re going to eat whatever you want. And you should. But when the guilt kicks in, you can still enjoy a fantastic keto-friendly burger without getting grease all over your fingers. Order a burger cooked to your specifications, load it up with tomato, onion, guacamole or avocado, pickles and cheese, and ask for it “Wedgie style” (on a lettuce bun). Then, add a side salad or steamed broccoli instead of fries and you’re back on track, diet-wise! Best of all? It’s already on the menu, so you don’t have to be shy about making a special request.

Gyu-Kaku Japanese BBQ isn’t a name we knew until this year, though it has more than 700 locations in places as varied as Thailand, Cambodia, Singapore, Montreal, New York and more, with its newest location on Turkey Lake Road, just off Sand Lake Road and International Drive. And this isn’t some cookie-cutter Asian restaurant, either. It’s a genuine experience in a city that overuses the word experience.

The concept is based on friends and family gathering around the smokeless grill in the center of their table, and cooking succulent premium meats and vegetables in an atmosphere of conviviality. Choose among set BBQ Courses, from the Meat Lovers for two up to the massive Shogun for up to six people. Each Course comes with miso soup, salad and a selection of sides, six or more varieties of meat, and dessert, while larger Courses include vegetables for grilling, extra sides such as bimimbap rice, garlic noodles and edamame.

Appetisers, soups, salads and noodle bowls, meats, seafood, vegetables and desserts can also be ordered a la carte, with beer, wine, cocktails, sake and soft drinks to round out your meal. But the main ingredient is the company you keep. A fantastic choice for date night, birthdays or anniversaries. 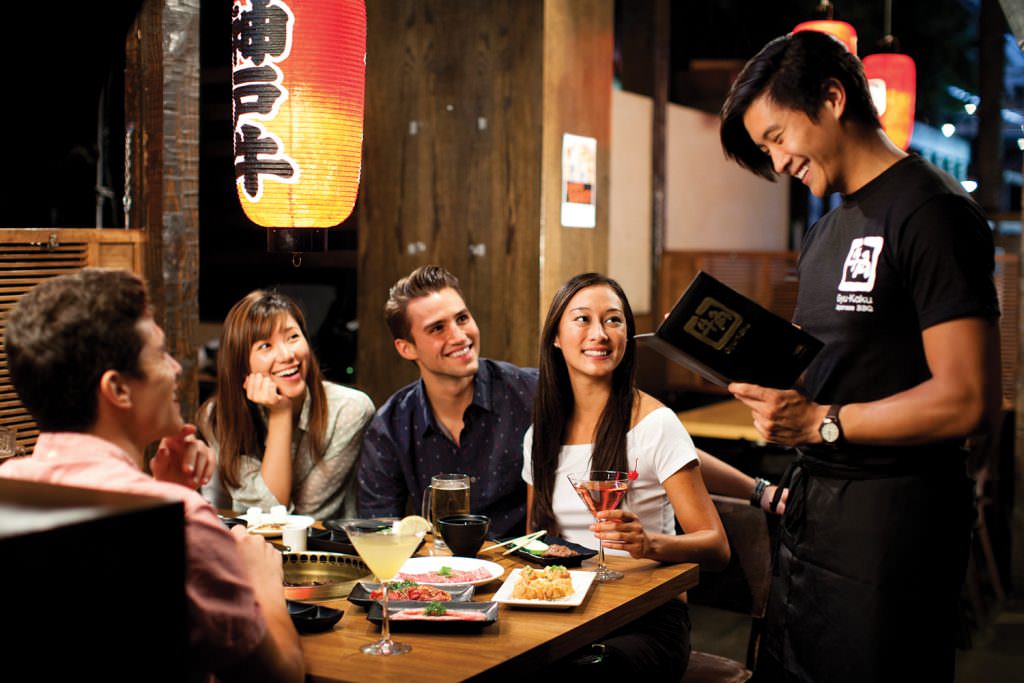 What were your favourite dining discoveries in 2018? Join us on Attraction Tickets Direct’s discussion forums, or answer in the comments on @AttractionTicketsDirect on Facebook!