Orlando , Eating and Drinking
By ATD’s Florida Experts, Susan and Simon Veness
Orlando has a huge array of upscale restaurants, with enough choice to keep any food-lover happy for months. Along with individual venues, there are also unique “experiences” dedicated foodies should seek out. These seven Orlando Foodie Experiences will make you shout, “Get in my mouth!”

Jake’s Beer Dinners: Because what’s dinner without a killer craft brew? Lowe’s Royal Pacific Resort at Universal Orlando hosts five-course dinners and beer pairings in the Clipper Room at Jake’s American Bar on select nights throughout the year. Evenings feature a unique menu and craft beers chosen for their compatibility with each dish, and the chef and a brew master are on hand to explain every selection. Ages 21 and up for these dinners, and take note: you could get seriously sozzled, so you may want to book a night at a Universal resort and enjoy the event safely and responsibly. 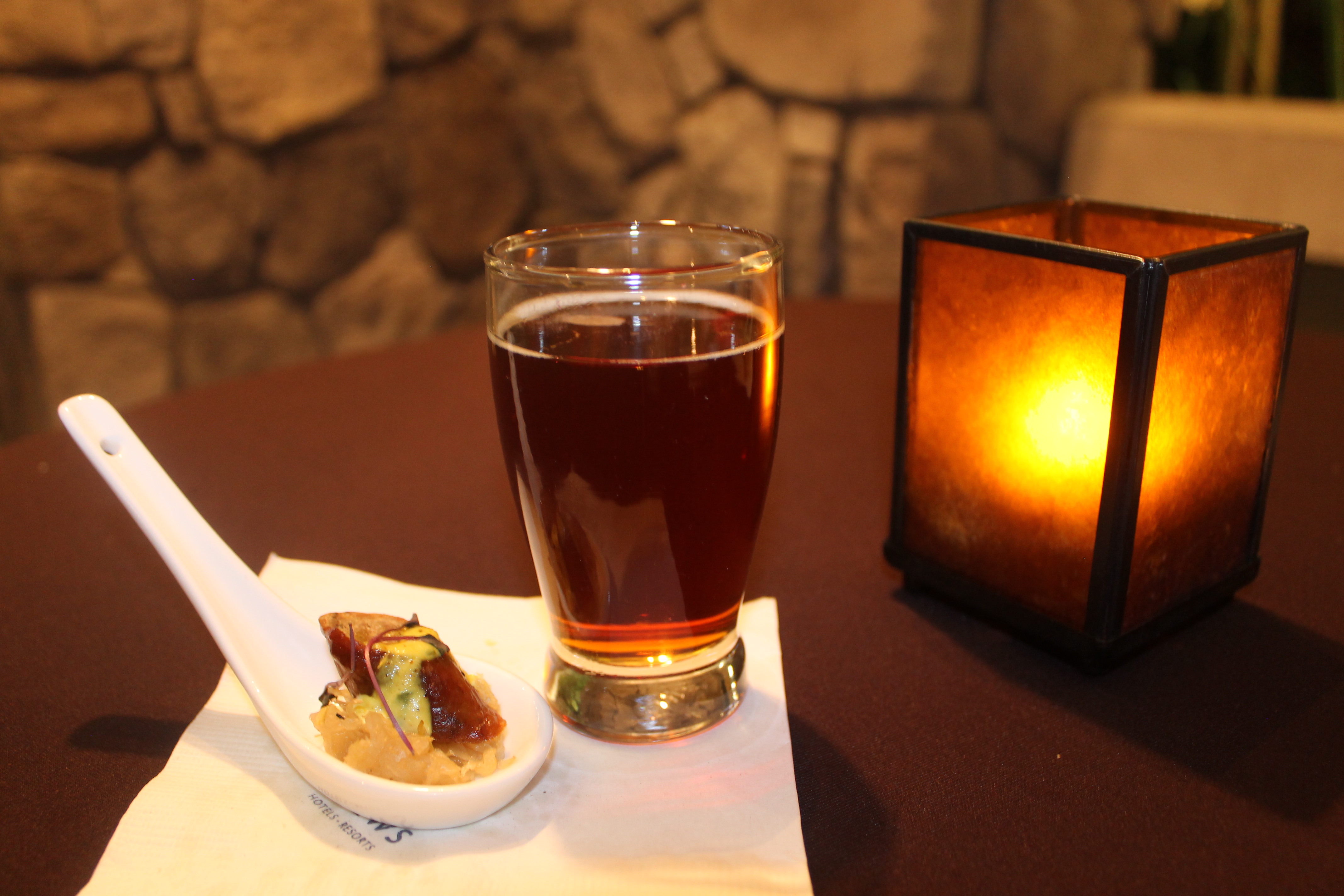 Jazz Brunch, Alfond Inn: You don’t have to be hoity-toity to revel in the smooth jazz sounds that accompany this uber-hip delve into Sunday Brunch, held in Hamilton’s Kitchen at the Alfond Inn in Winter Park. And if you’re imagining the standard US breakfast of eggs, waffles, bacon strips and sausage, it’s time to stretch your imagination and think more along the lines of corned beef hash burritos, egg-white frittatas, and seared salmon salad. And, of course, you’ll want something interesting to go along with your brunch selections. Cue the Bloody Mary and Mimosa Bar! 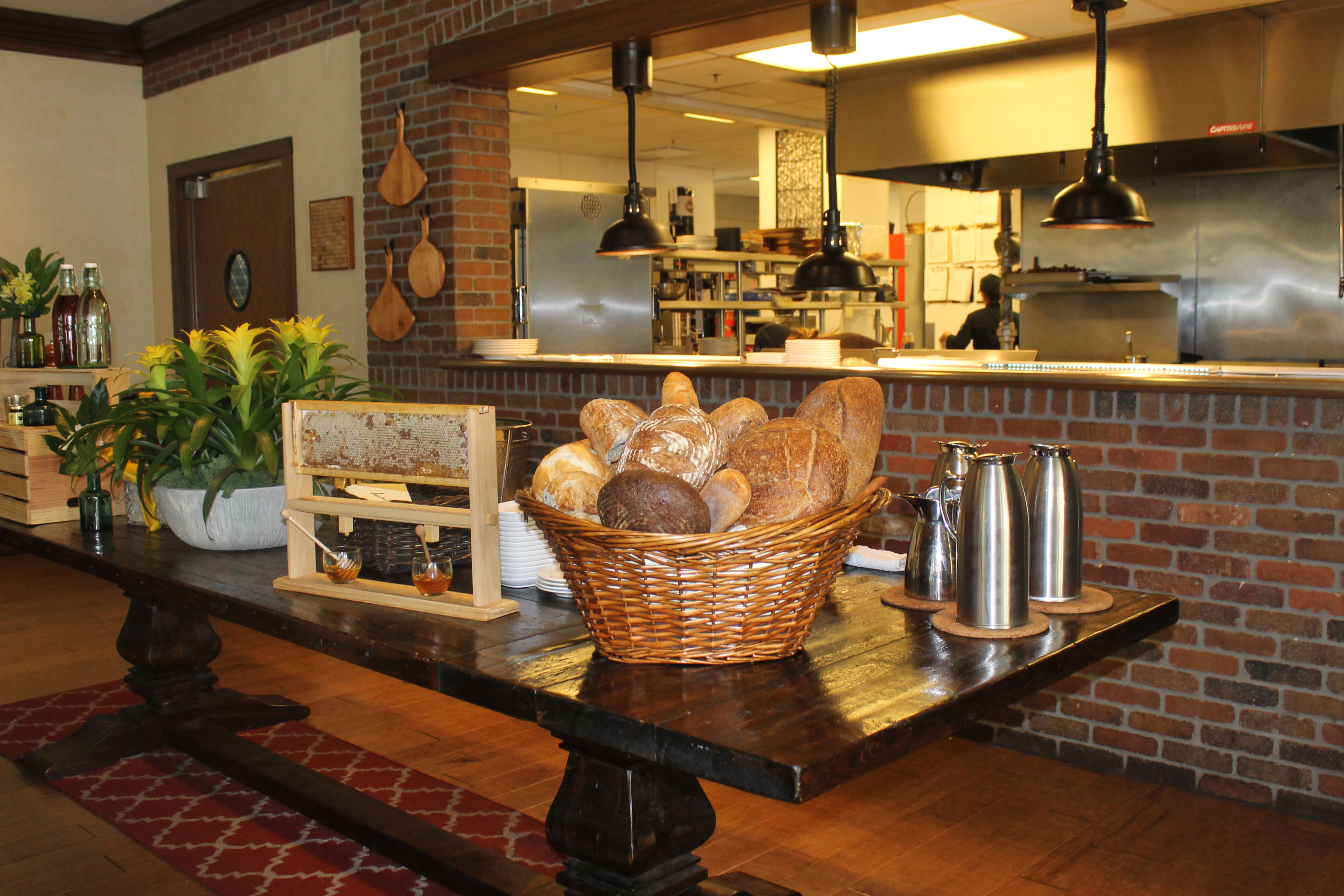 Walking Food Tours: Burn calories while you sample top-notch dishes and adult beverages by joining a walking tour. Hook up with Orlando Food Tours in swish Winter Park for a 2.5 hour, 1.5 mile tour, with five to seven stops along the way, including a wine room, spice and tea shop, and Winter Park’s famous chocolatier.  Closer to the main tourist area, the Winter Garden Food Tour takes in pretty Winter Garden, with tours such as the Sunday Brunch Tour, Brunch and Brew Tour (featuring an actual tour of our local, Crooked Can Brewery), Dessert Tour, and special Christmas-time tours, including Caroling Like A Foodie. Or try Sanford’s Celery City Tour (food, drinks and “Celery City” history) or Brews & Bites tour, with stops at four breweries and a cider house, along with interesting food samples. Mount Dora, Celebration and downtown Orlando also offer foodie tours. 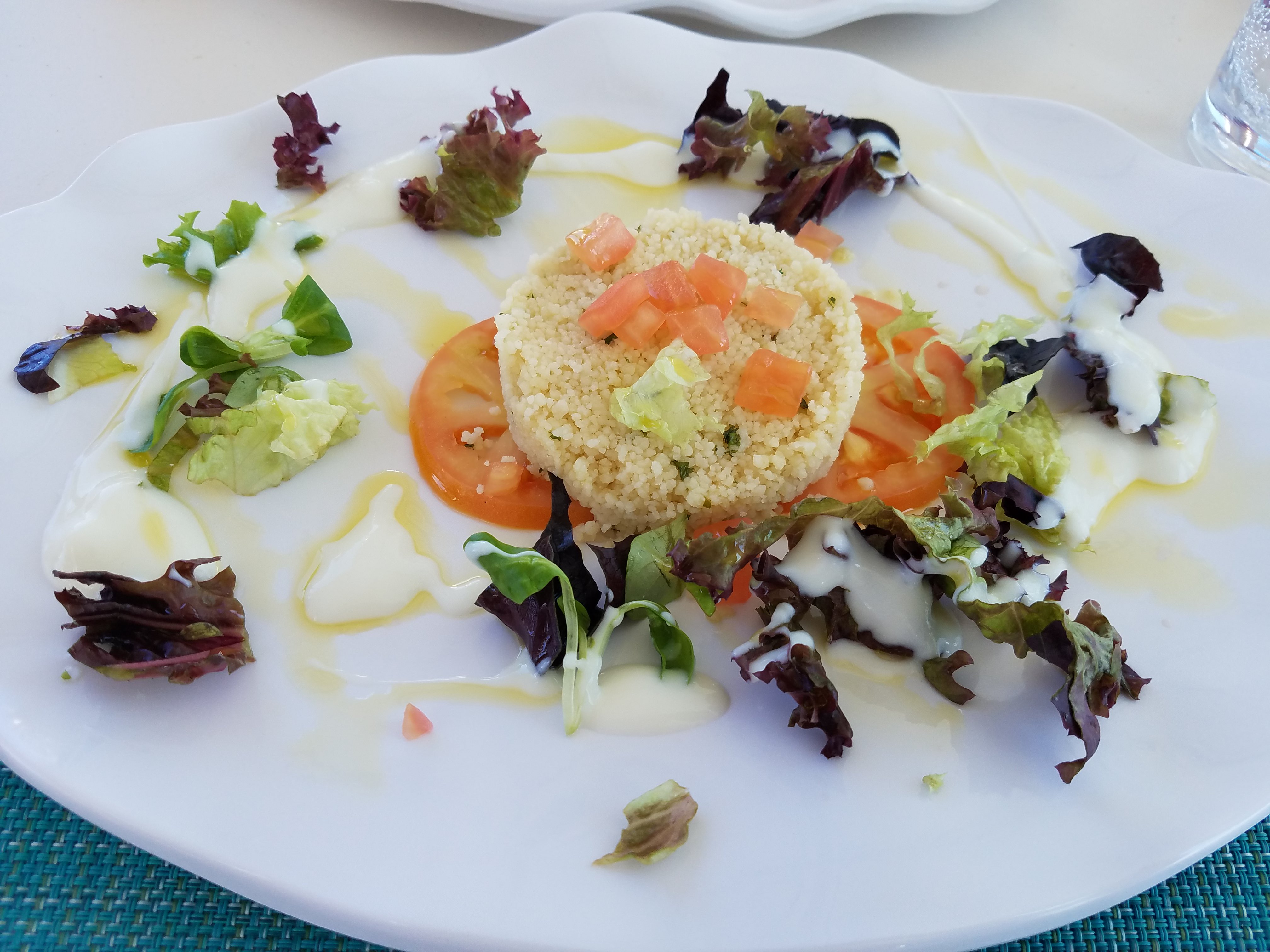 “Taste of…” Festivals: Go whole-hog at a Taste Of festival, where local restaurants give out unlimited samples of their finest fare and their most creative cocktails. Taste Central Florida takes place at the Orlando World Center Marriott, near Walt Disney World, and showcases 74 chefs, brewers, and wine and spirits curators from 50 restaurants and 24 breweries and distilleries, including chefs from select Walt Disney World and Universal Orlando restaurants. Taste of Winter Park features more than 60 top chefs, food and beverage sponsors, and live music on one select evening in April. Try signature dishes from popular spots such as The Ravenous Pig, 4Rivers Smokehouse and Luma on Park without the long wait to get into the restaurant. One of the benefits of experiencing a Taste Of festival is, now you’ll know which restaurants to put on your next holiday list for a full meal. 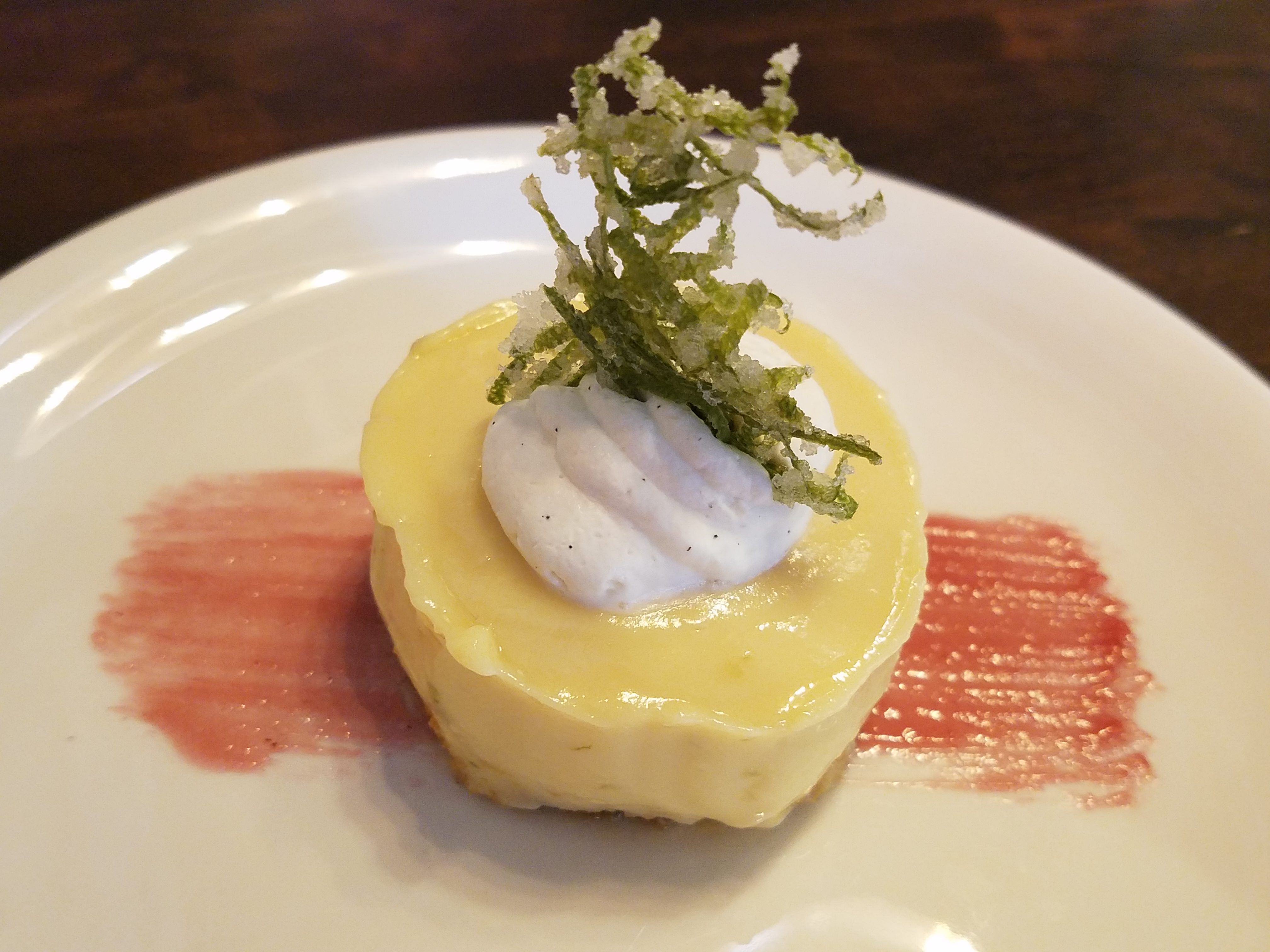 The Epicurean Hotel: Possibly the most “foodie” experience of them all. Tampa is home to the Epicurean Hotel, which is part of the Marriott Autograph Collection (meaning, it’s pretty special).  Along with its Lobby Bar and EDGE rooftop bar, the stand-out dining choice here is Élevage, with an emphasis on steaks and fresh seafood. But you’re visiting for more than just a fantastic meal. You’re also here for the classes that take place in Epicurean’s state-of-the-art culinary classroom, the Epicurean Theater.  This fabulous facility was developed with the cooperation of legendary Bern’s Steak House, just across the street, and it often hosts celebrity chefs and James Beard nominated chefs. But this isn’t just about watching a cooking class. Far from it! You’ll also have the chance to enjoy a 3-course gourmet dinner with wine pairings during the demonstrations. And because foodies are often wine-ies, too, it’s a given you’ll want to pop across the street and check out Bern’s wine cellar. It houses one of the largest wine collections in the world, with more than half a million bottles. 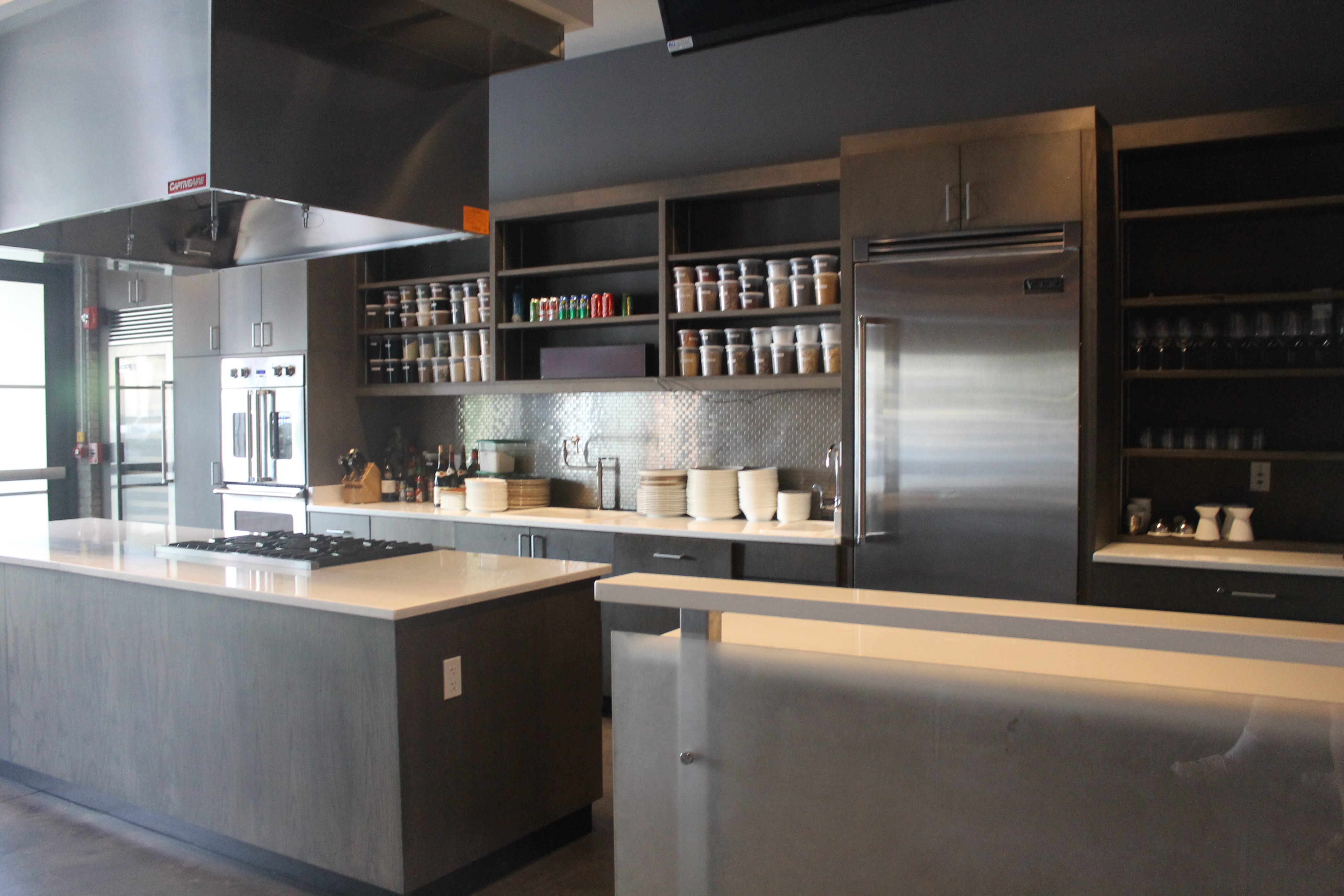 Don’t Forget the Food Trucks: Just because you’re a foodie, that doesn’t mean you can’t appreciate middle-of-the-road fare (in fact, sometimes this food is literally in the middle of the road!). Orlando’s food truck scene has been going strong for years, and along with the food trucks at Disney Springs, there are several meet-up points just outside the main tourist area. Kissimmee, Winter Park and Celebration all hold events, but for one of the biggest, head to Windermere, 10 miles from Disney Springs, for Family Food Truck Night, which takes place every 4th Friday of the month. Choose from 17 food trucks featuring specialities such as lobster rolls, BBQ, burgers, Peruvian, Korean and Mexican dishes, and sweets such as handmade marshmallows and gelato. Be sure to say “Hello” if you see us there! 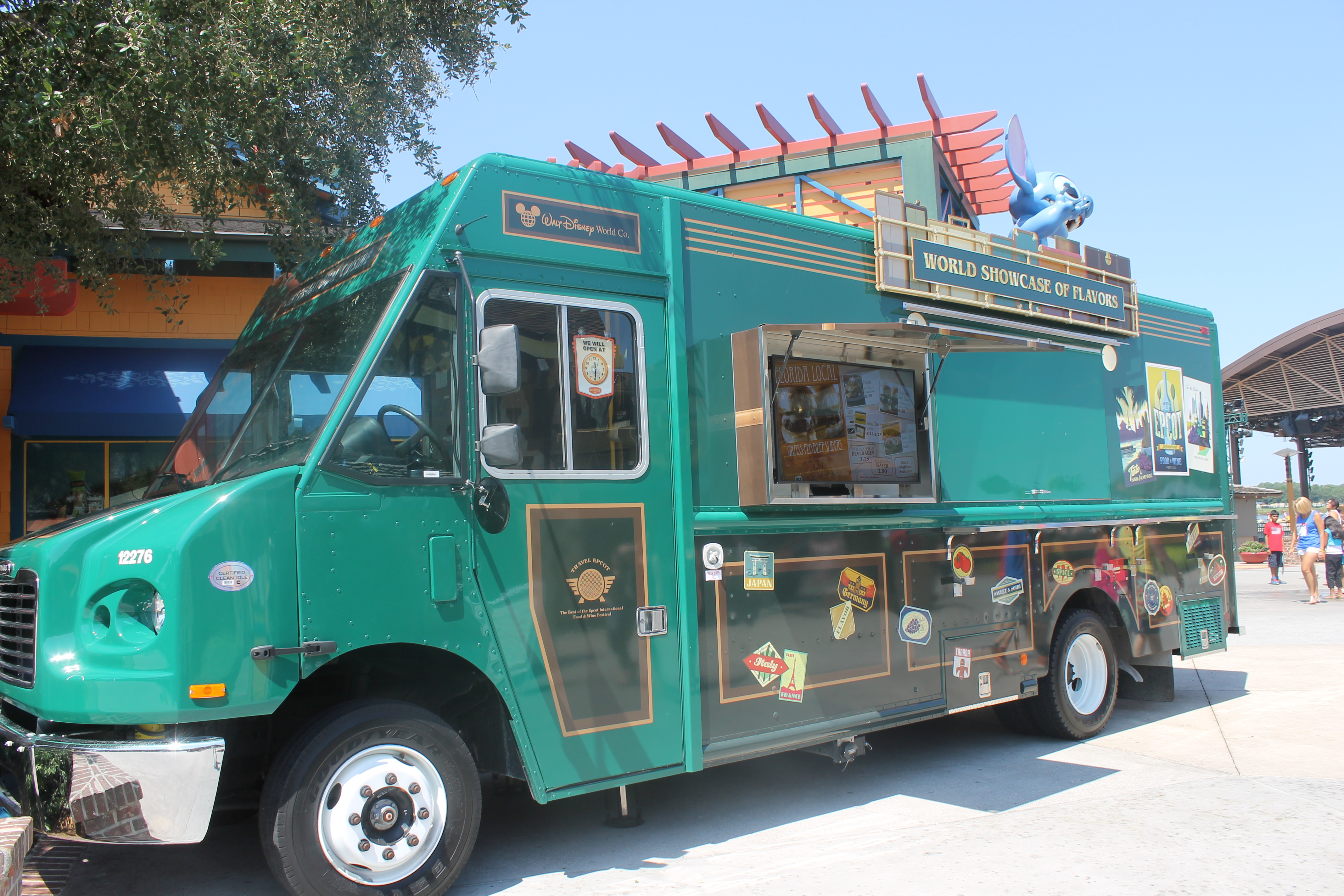 The Ultimate Foodie Delight: What could be better than trying a world-class chef’s signature dishes? Trying them in VIP surroundings, or even right in the kitchen. Chefs Tables are the up-and-coming foodie experience in Orlando, offering an intimate glimpse into the culinary team’s creative process. Among the best are those at Highball & Harvest in the Ritz Carlton at Grand Lakes Resort, Luma on Park in Winter Park, and the exclusive Chefs Table at Edgewater, in Winter Garden, where the chef visits each of the restaurant’s six to ten tables (yes, just six to ten, depending on party sizes!) during the three-course, prix fixe dinner with wine pairings. The most regal splash-out of them all? Reserve the Chef’s Table at Victoria and Albert’s at Disney’s Grand Floridian Resort, and dine in the kitchen with the attention of the head chef during your 10-course dinner and wine pairings. We won’t mention the price, because…well…if you have to ask….! It is the single most memorable foodie experience in Orlando, though, and one you’ll be talking about for years. 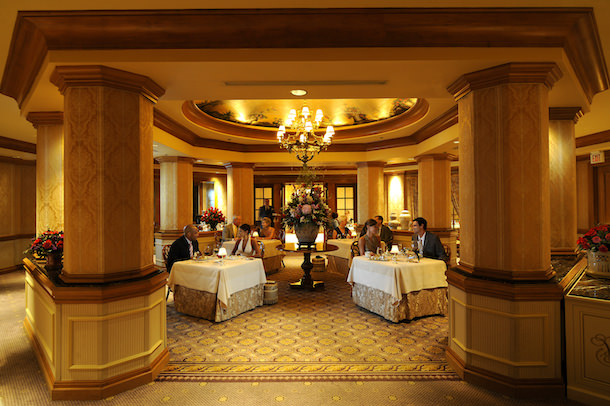 Epcot’s uber-popular Food & Wine Festival at Walt Disney World each Autumn merits a mention, purely for the fact that it’s family-friendly, and kids will enjoy it as much—or nearly as much—as adults. Visit on weekdays, especially before 9pm, and set your young ’uns feet on the path to true culinary appreciation and the proud title of “dedicated foodie.”

Have you discovered an exceptional Foodie experience in Orlando? Tell us about it on the Attraction Tickets Direct discussion forums!