Our Top Ten Orlando Highlights In 2018

By ATD’s Florida Experts, Susan and Simon Veness
Orlando’s theme parks had big openings in 2018, Disney Springs finished its major expansion, and a slew of minor attractions opened. But our Top Ten Highlights for 2018 may just surprise you.

Disney Springs’ new restaurants: We remember when Downtown Disney wasn’t exactly a huge draw for locals. We remember when chaos reigned during the transformation, and how difficult it was to get a parking space. But all of that is in the past, and now Disney Springs is a go-to place for us when we meet up with friends, because there are so many fantastic dining choices and excellent Happy Hours.

Our newest favourites are The Edison for its scrumptious milkshakes, Wine Bar George for its Small Plates and wine flights, The Polite Pig for smoky barbeque, Morimoto Asia for its ribs, and D-Luxe Burger when we want the kind of succulent sandwich that drips down your arm with every bite. 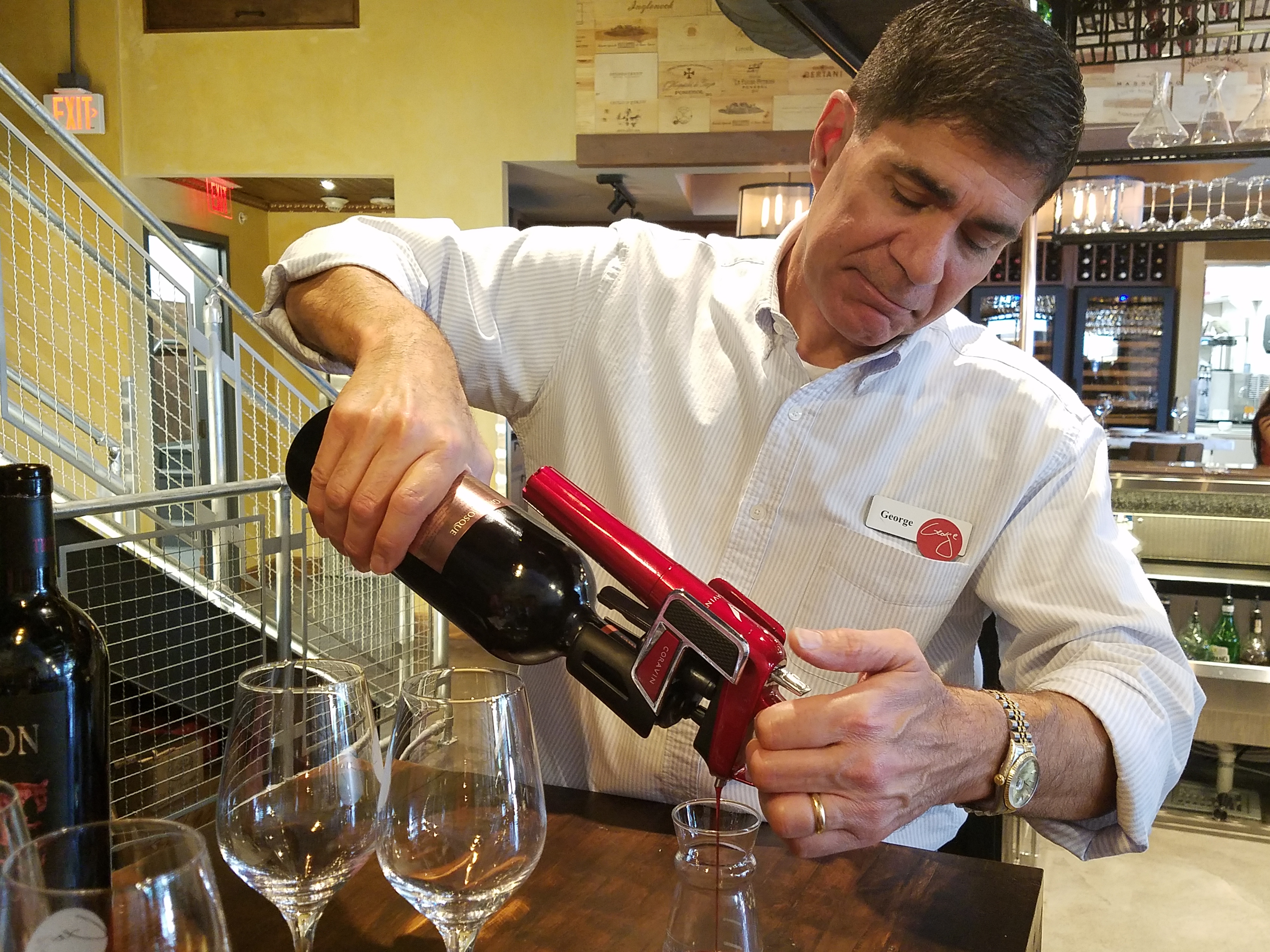 The Void: Also at Disney Springs, this Star Wars Secrets of the Empire virtual reality experience ain’t your grand-daddy’s VR; it’s high tech, state-of-the-art, and outrageously fun, even if Darth Vader is trying to blast you into oblivion. Why is a relatively simple, relatively short experience one of our highlights? Because it’s not VR as you may have imagined, with guests wearing 3-D graphics viewed via headsets as they sit stationary while the adventure unfolds. Nope; this one requires you to actually walk through the Star Wars universe, braving narrow bridges over deathly falls, a full 360-degree battle with Stormtroopers, and an all-out fight for your life when Darth Vader arrives. You WILL feel as if you’ve stepped straight into the movies, and you’ll come away from it breathless (but alive!). 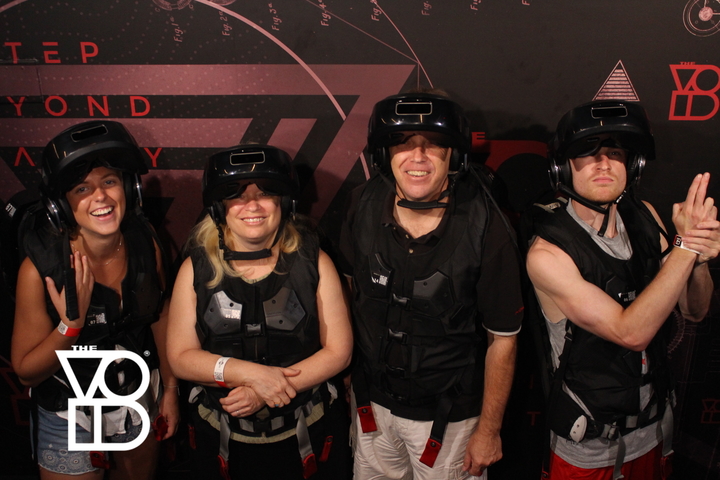 Toy Story Land: Arguably the biggest thing to hit Orlando in 2018 was the opening of Toy Story Land at Walt Disney World’s Hollywood Studios park. Gigantic versions of Woody, Jessie and Buzz tower over the land, little green aliens take guests for a spin, and Green Army Men march along the main pathway looking for new recruits. But the highlight is, of course, the surprisingly zippy Slinky Dog Dash roller coaster, a ride so enjoyable even adults will forget—just for a few moments—that it’s a kiddie coaster.

There is more to Toy Story Land than just the rides, of course, with loads of clever details that bring back the nostalgia of the original Toy Story movie. The land even has its own Instagram-worthy wall. It’s fun during the day, positively magical at night, and our hearts can’t help but skip a beat each time we visit, knowing something even more mind-blowing is being built on the other side of the hoardings that stand as a barrier between it and a galaxy far, far away. 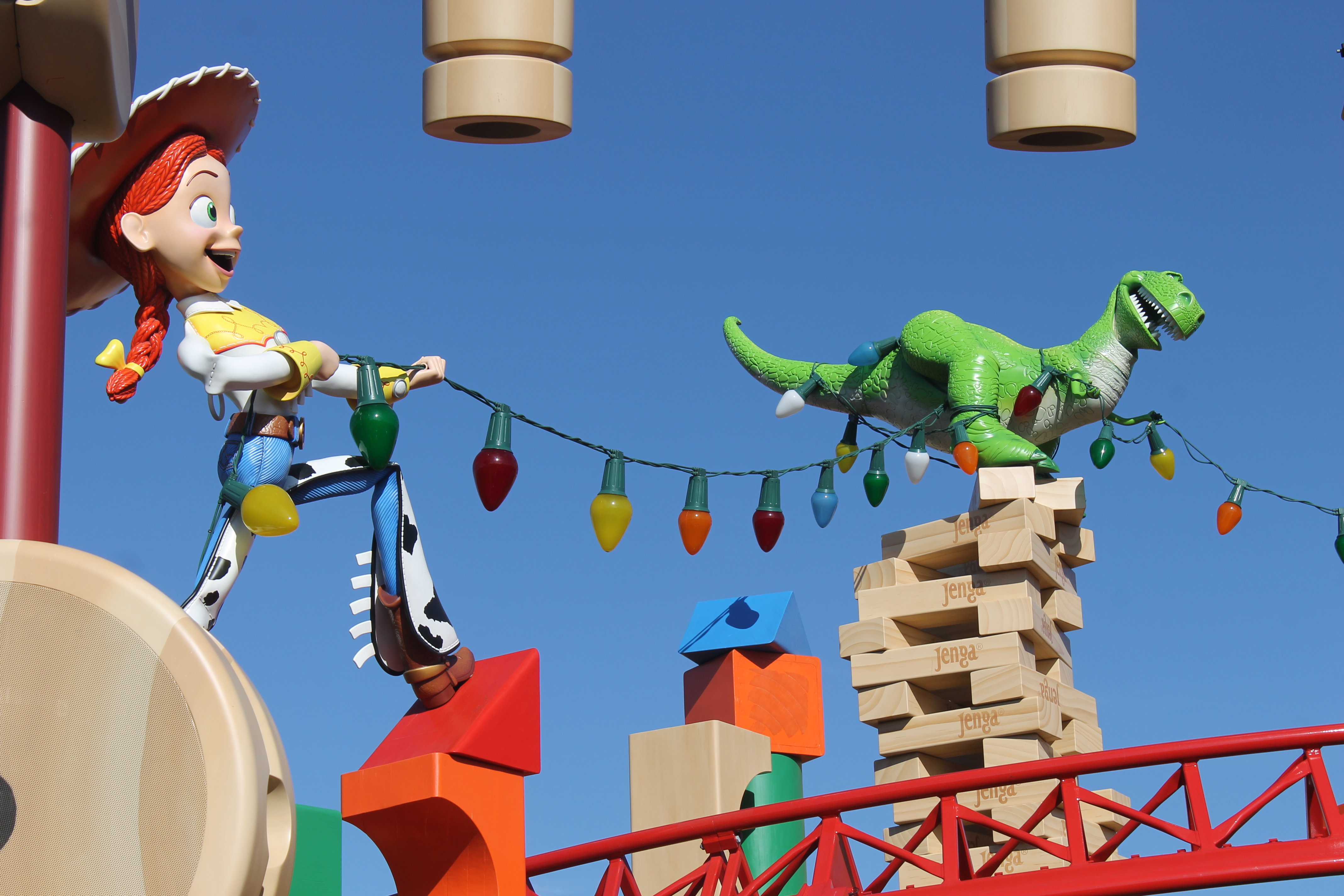 Fast & Furious Supercharged at Universal Studios: No, not for the attraction itself, which is a fairly standard ride-through with some fun (for F&F fans) pre-show elements. Instead, the highlight was the media event, with all the main characters from the movies in attendance, including the arch street racer himself, Vin Diesel. The media event had all the high energy you’d expect from an action movie, including lots of stuff blowing up and Vin Diesel’s scene-stealing grand entry in a supped-up muscle car.

Universal was relatively quiet in terms of expansion this year, but we’re absolutely certain one of its new offerings, arriving in 2019, will make our Top Ten Highlights for next year! Roll on, Harry Potter themed coaster…! 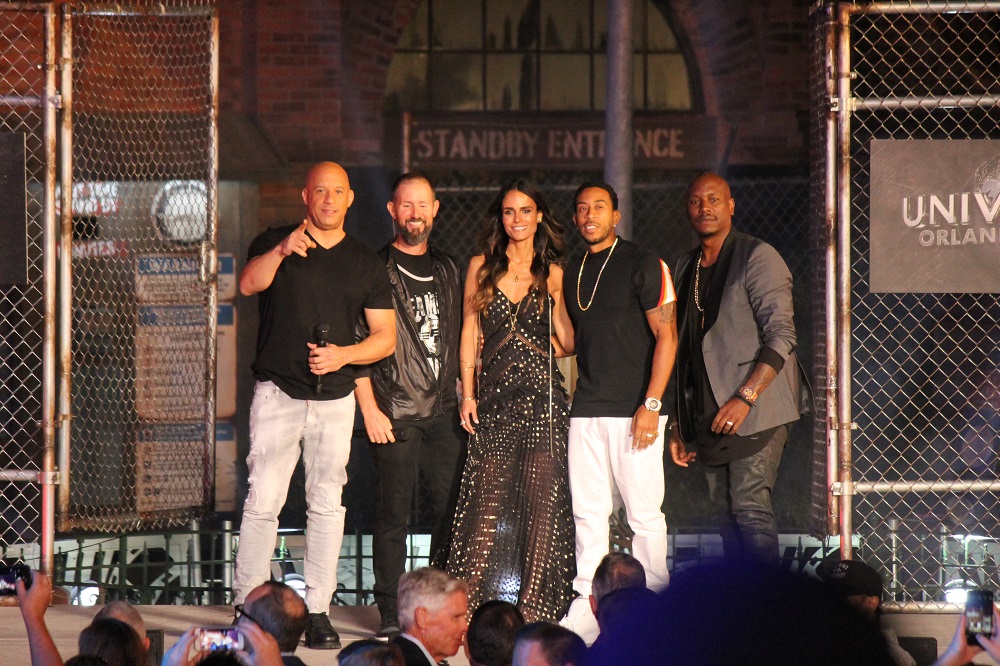 Drive to the Keys: Okay, so this one isn’t strictly an Orlando highlight, but it started in Orlando so we’re going to count it anyway. Return visitors to the Sunshine State often want to explore beyond the boundaries of Tourist Central, and that means trips to Clearwater and Daytona beaches, or twin centre stays in places like Miami and Key West.

And while each of these destinations are well worth discovering, it’s the drive from Orlando down to Key West that really catches our fancy. More specifically, the drive over Barnes Sound at the very tip of the Florida peninsula to Key West, along Highway 1 and over the iconic Seven Mile Bridge. There are times when the view over the sea seems to spread out for miles and miles (probably because it does) and times when the shoreline is just beyond your car window. It’s 112 miles of pure viewing pleasure, with the promise of a stunning sunset once you reach the Keys’ southernmost point. Simply superb. 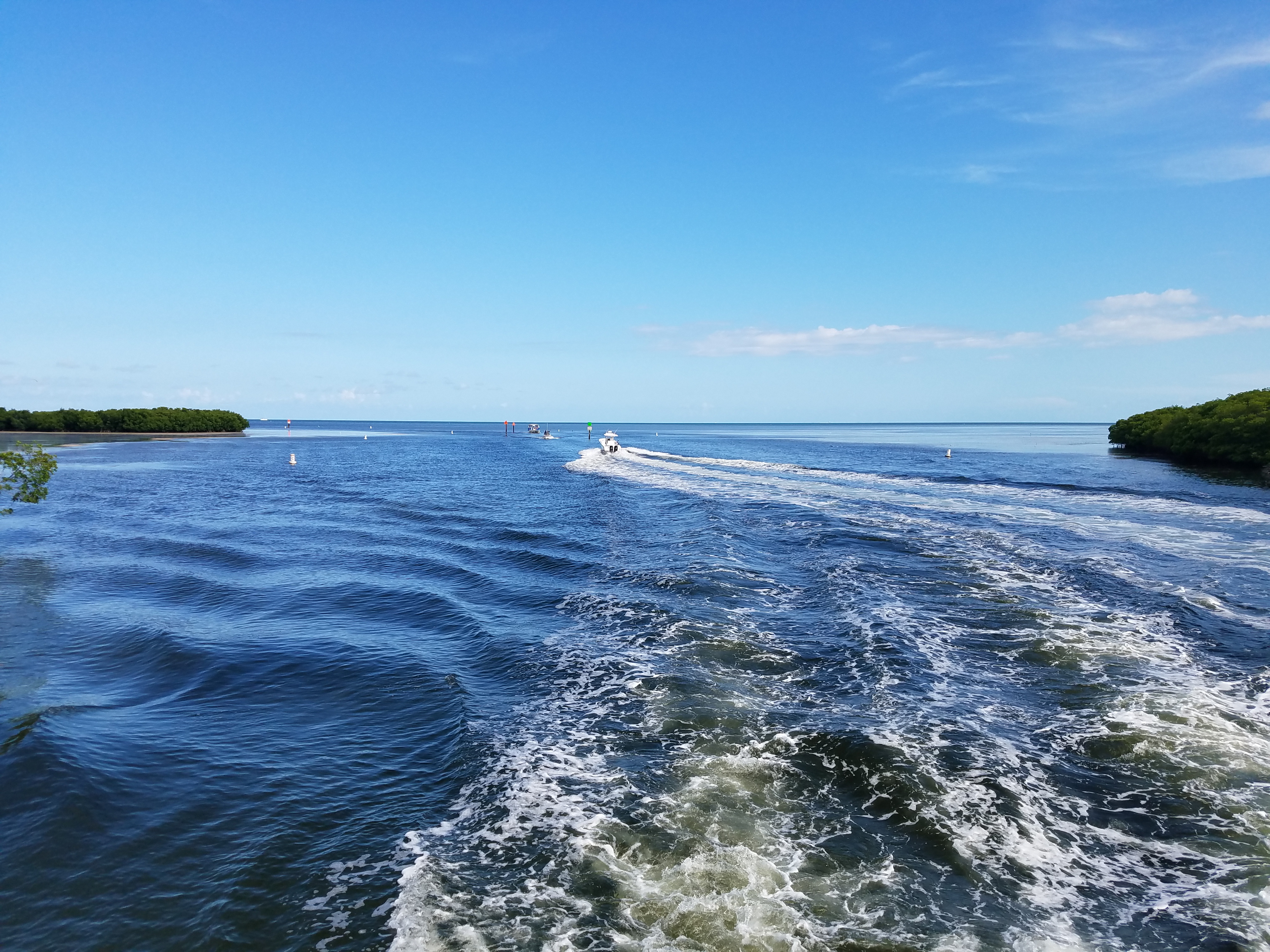 Discovery Cove’s Paradise Nights: There’s something about being in a lush, idyllic “paradise” after the sun goes down, watching dolphins frolic while steel drums play and good food and drink are offered in abundance. Although Orlando’s attractions are our “work,” Paradise Nights is one of those rare offerings that makes us relax and feel like we’re really on holiday. 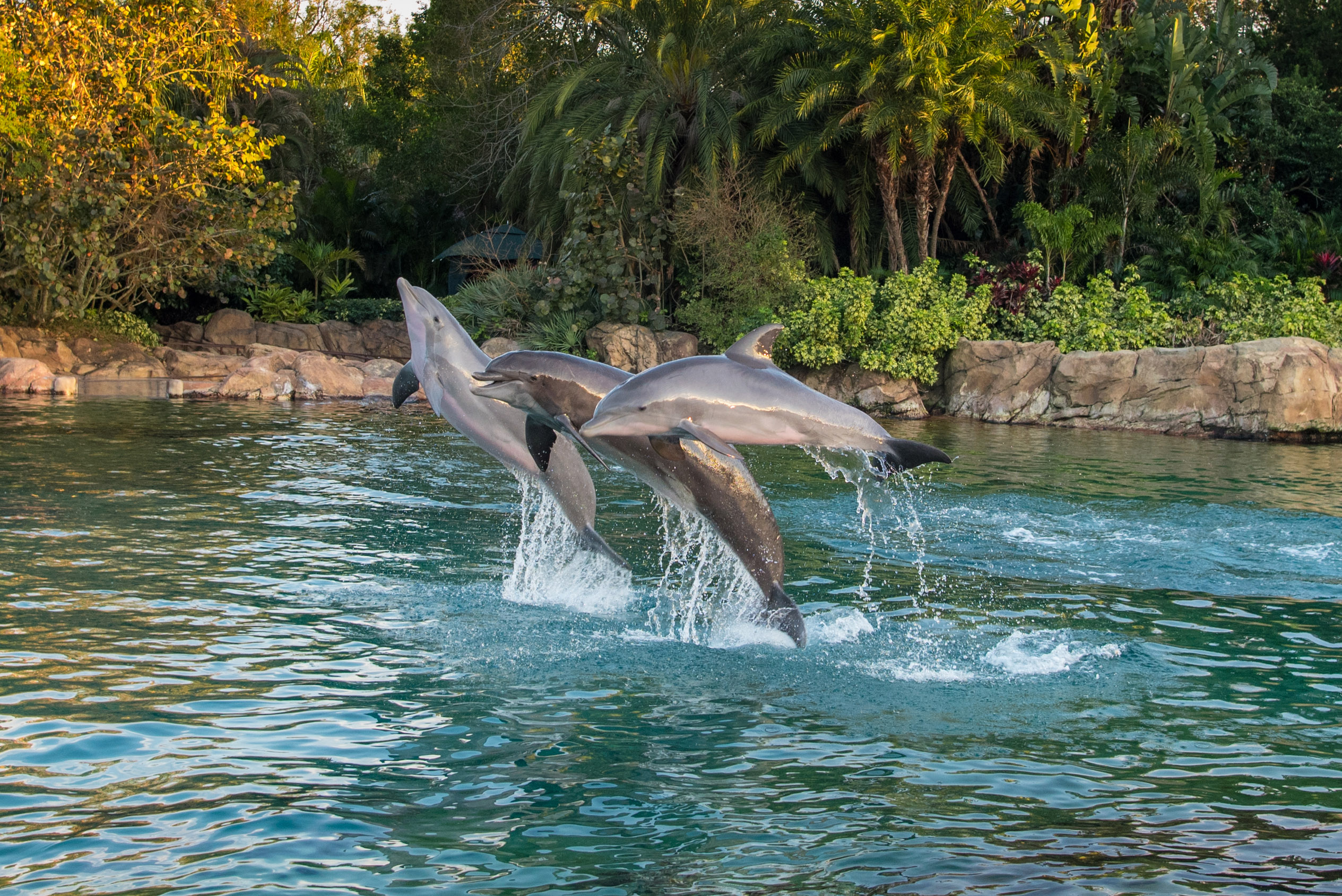 Scalloping tours out of Homosassa: Our first scalloping experience was in 2017, and it’s becoming an annual tradition for us now. Yes, you get a nice bucket of briny goodness at the end, but the highlight is the process itself. Get up early, pull on a wetsuit, head out to the Gulf of Mexico’s sea grasses by boat, grab your snorkel and mask and dive in. Then, like some sort of miraculous transformation, your eyes gradually adjust to their new undersea world, and scallops nestled in the grasses or squirting their way over the ocean floor to a new grazing ground become obvious. It takes a few minutes, but suddenly you see them everywhere, their dozens of tiny green eyes shimmering like jewels.

We take our haul to a local restaurant that offers cleaning services, and they put our shucked scallops on ice for the drive home. A little heat, a little white wine, a lot of butter, and it’s dinnertime! 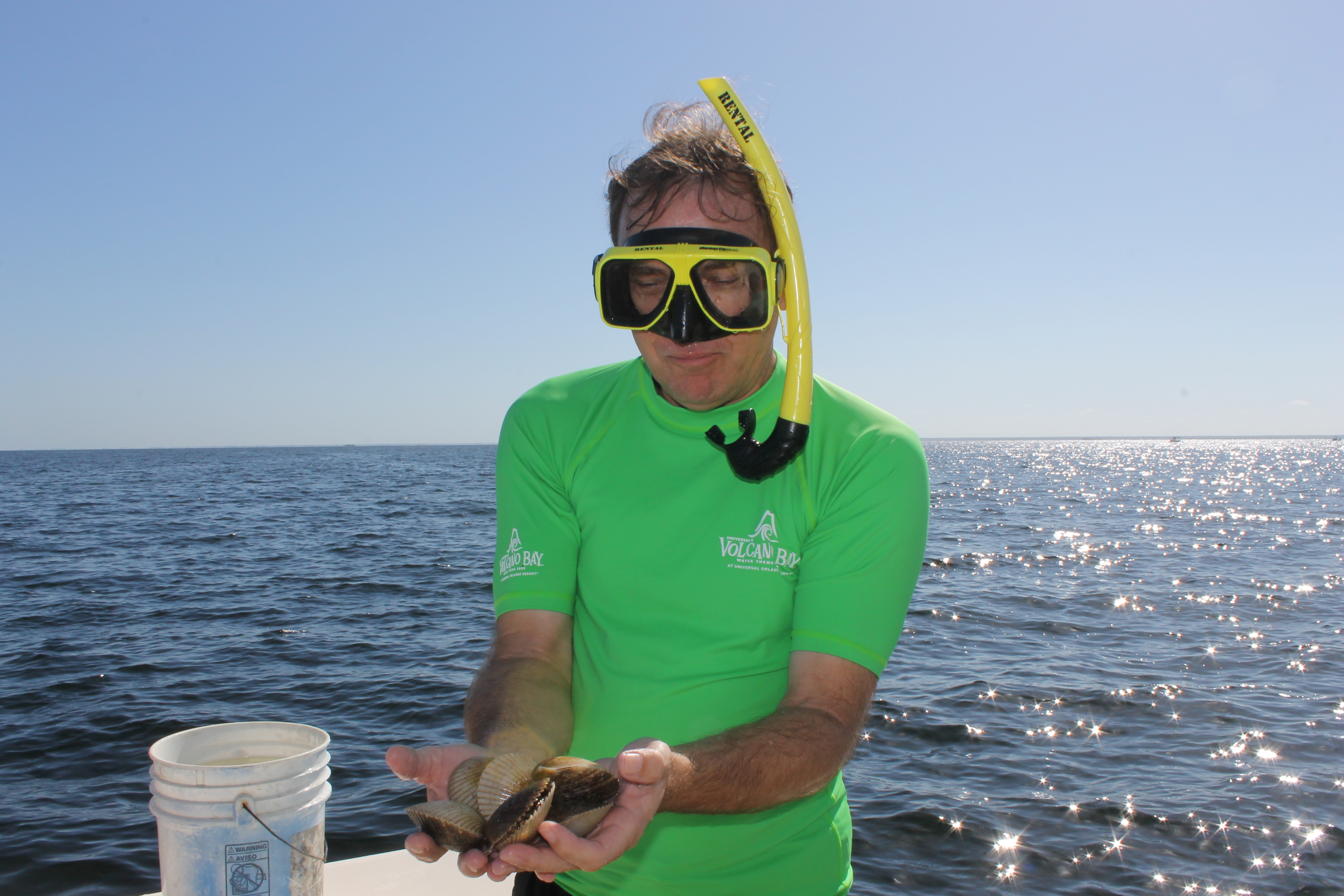 Falcon Heavy Rocket launches: The first launch, which happened this past February, marked the beginning of a new era at Kennedy Space Center. We can watch rocket launches from our upstairs bedroom windows, and they’re a major geek-thrill every time, but you can watch them from almost anywhere in Orlando as long as it isn’t cloudy and you’re outdoors when these ultra-bright beasts go up. Look to the east at launch time; honestly, you can’t miss them.

Raglan Road’s Irish Hooley: Sometimes you just have to let your hair down and have a really good sing-along, and the Irish Hooley is the place to do it. Raglan Road is a terrific evening entertainment venue any day of the week, but during the Hooley it takes on a whole new intensity, especially with its live music offerings. Looking for a serious party with a homely feel? This is it, and it’s even better with a specialty cocktail, made just for the event. 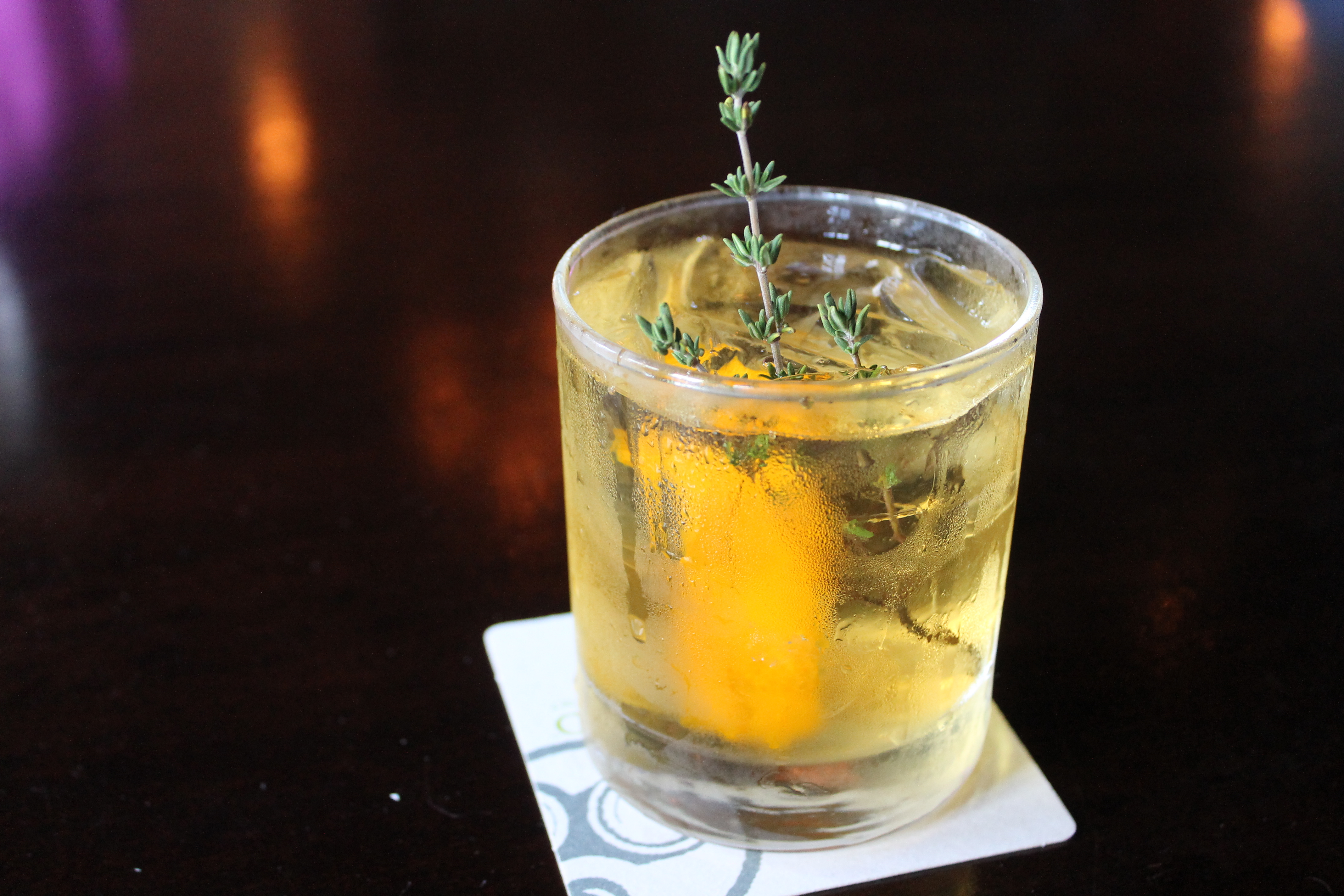 Hurricane Michael: This devastating storm blew up quickly and did a tremendous amount of damage in Florida, Georgia, and the Carolinas, but it wasn’t the storm itself that was a highlight (obviously), it was the results of the storm. In adversity, neighbours come together to help each other through tough times, and Michael was a reminder that Orlando is far more than a tourist destination. It’s also a fantastic, inclusive, caring community. The “Have a nice day” you keep hearing isn’t false. It’s a genuine feeling, and one we hope will bring you back to our hometown in 2019.

We wish each and every one of you a safe, happy New Year, and all the blessings of family, prosperity, and togetherness in 2019.