Thanksgiving Dinner in Orlando For Every Budget

By ATD’s Florida Experts, Susan and Simon Veness
Thanksgiving is a major holiday in the US, with three things Americans truly love: time with friends and family, traditional foods, and American football.

Although most of the country shuts down on Thanksgiving Day, Orlando isn’t just any old city. The area’s “population” swells over the holiday weekend, and its restaurants are geared-up to make sure visitors can partake of the feast.

Like Christmas dinner in the UK, a traditional Thanksgiving dinner in the US involves a relatively specific menu, with slight variations depending on which part of the country you’re in. It’s a serious carbohydrate overload, but it’s all about sharing the bounty of the harvest, so the calories don’t count.

While many restaurants inside the theme parks will offer a one-off Thanksgiving menu, it’s a great day to avoid crowds and seek out a relaxing meal away from the parks. If you’d like to try this great American tradition—and you should!—here’s a breakdown of some of the best options, by budget.

Columbia Restaurant in Celebration may be the most budget-friendly choice for November 22nd’s dinner. For $23 adults, $6 ages 9 and under, Columbia is serving roast turkey with gravy, Italian sausage stuffing, sautéed carrots and string beans, sweet potato casserole, whipped potatoes and cranberry sauce. Diners have the added benefit of a leisurely post-dinner stroll around Celebration’s central lake. 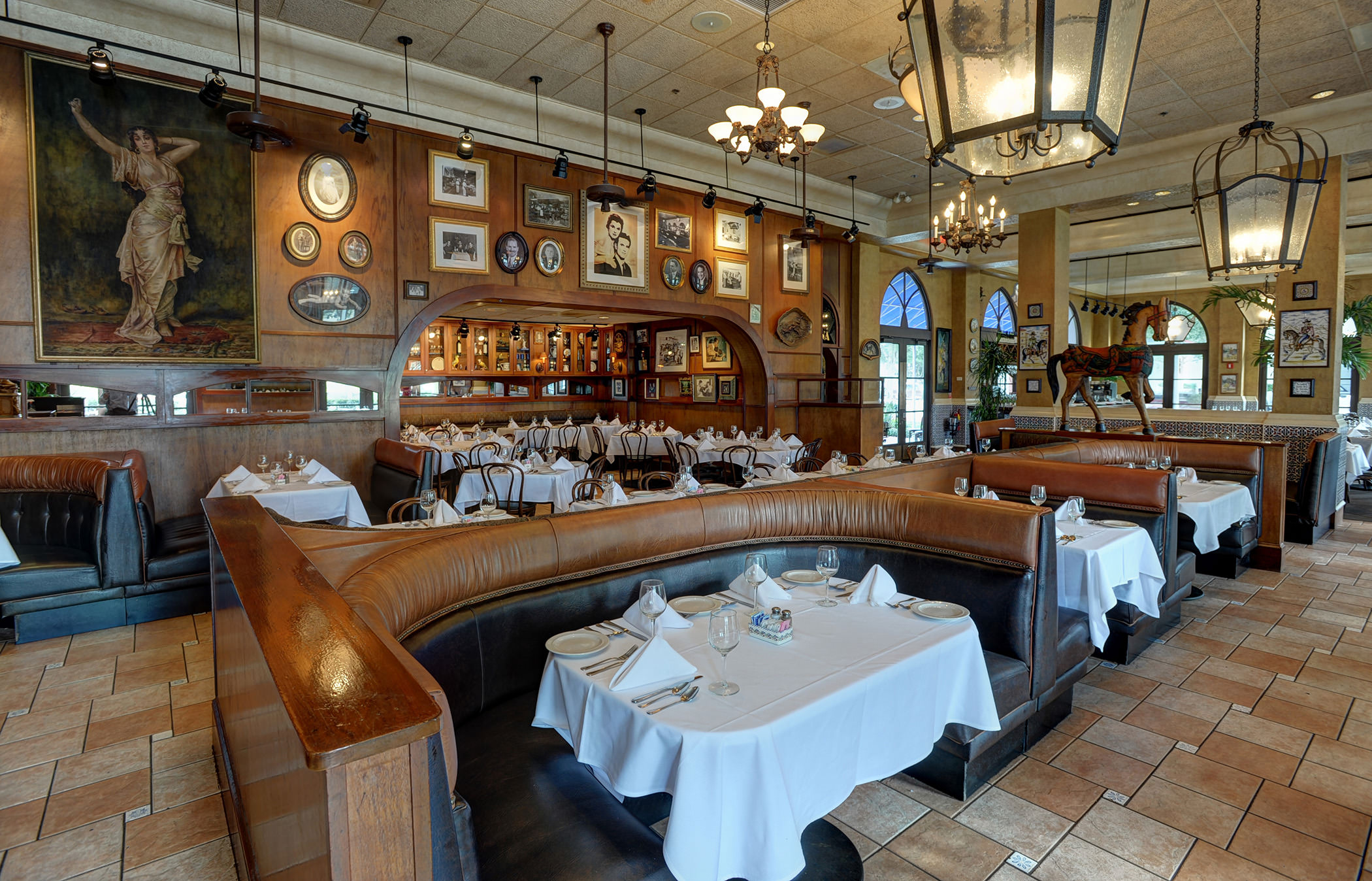 The Edison at Disney Springs has a one-price-fits-all dinner for $25, featuring turkey with gravy, mashed potatoes, baby carrots, cranberry chutney, and stuffing. Enjoy a meal, then get your Christmas shopping started at World of Disney.

Big Fin Seafood is known for its surf more than its turf, but on Thanksgiving Day they’ll make an exception. For $30 adults/$15 children, enjoy roast turkey with gravy, mashed potatoes, green beans, cornbread stuffing, cranberry sauce and dinner rolls. The weather will probably be nice enough for you to sit outside, so do. 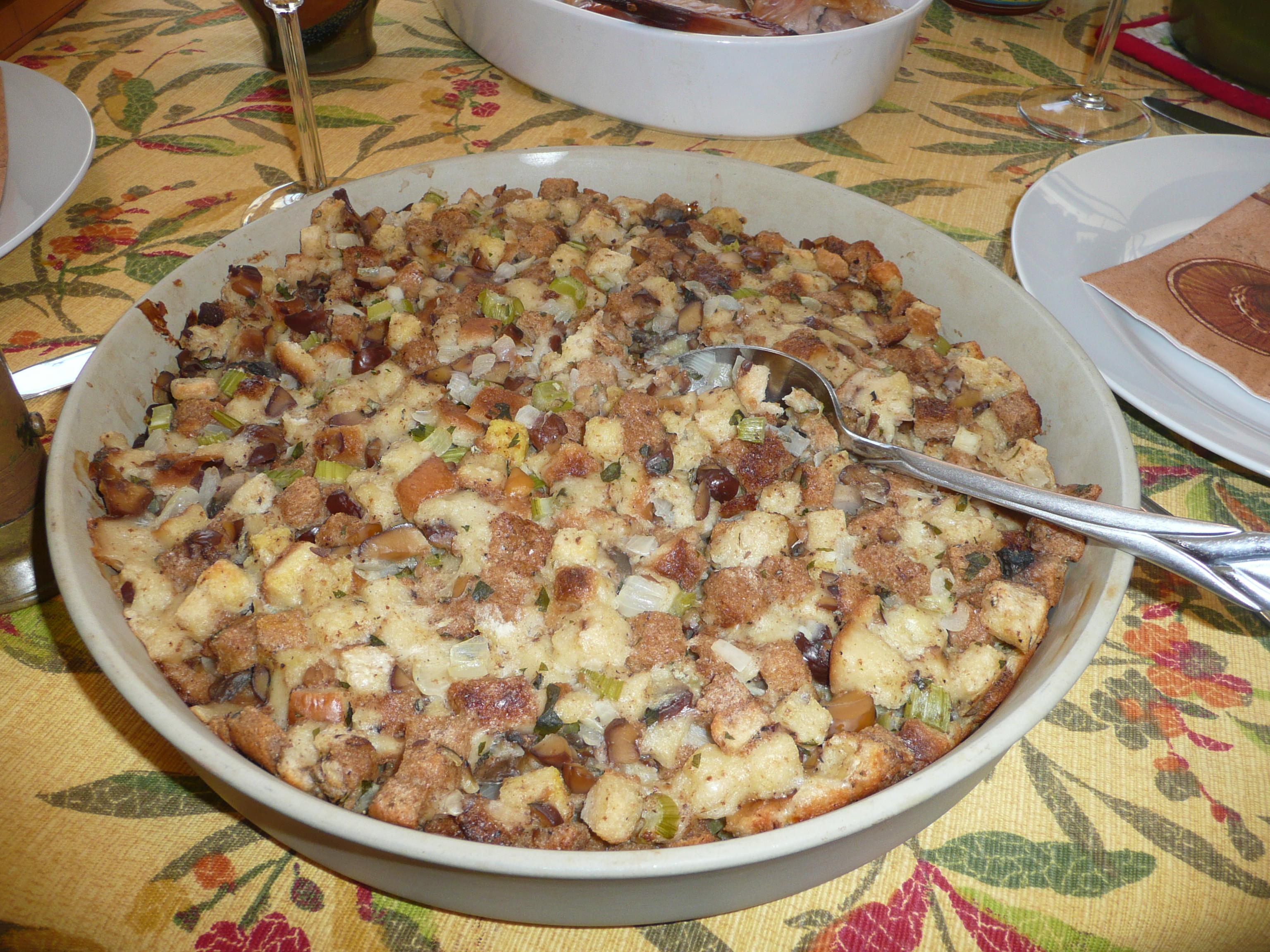 Buca di Beppo on Highway 192 has been serving up traditional Thanksgiving dinners since the beginning of time, and it’s fair to say they win the Value prize for being the most traditional. Tuck into roast turkey breast with gravy, mashed potatoes, stuffing, green beans, cranberry sauce and (YAY!!) traditional pumpkin pie. A bargain at $23 per person.

Seasons 52 shows up a lot in our Best Of reviews, and for a good reason. It’s fresh, healthy food that tastes like you’re really getting away with something, and with Thanksgiving dinner priced at $28 adults, $14 children, you’ll come away from it with all the culinary comfort and none of the gut-bloating guilt.  Enjoy succulent roast turkey, mashed potatoes, green beans, stuffing, butternut squash, and cranberry relish, ending with a pumpkin pie mini indulgence, just the right size after a big meal. 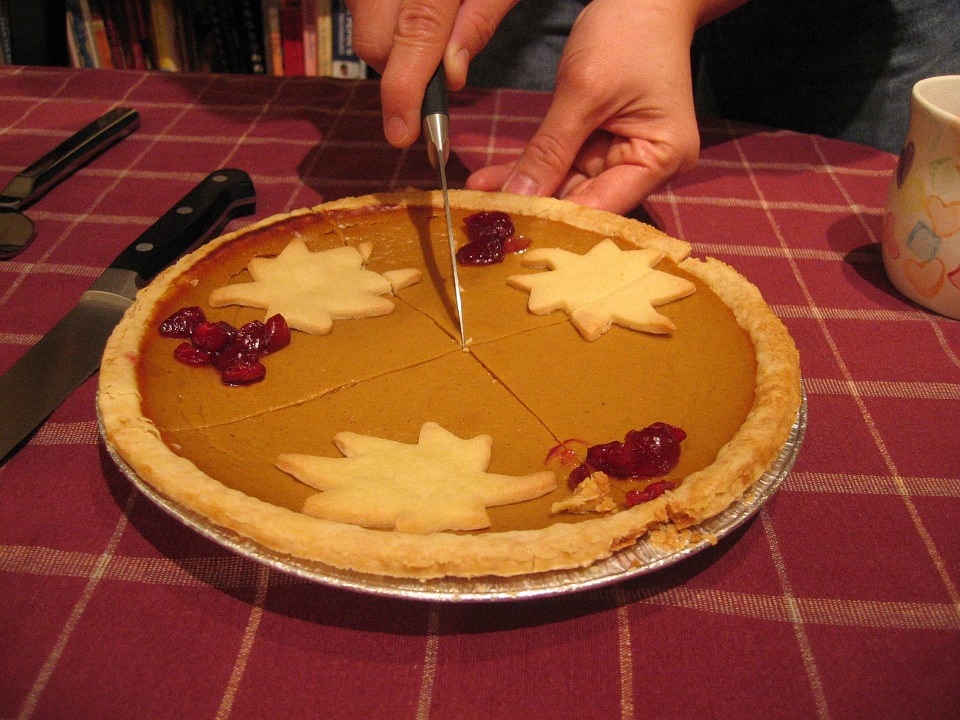 Trattoria del Porto at Universal’s Orlando’s Portofino Bay ($65/$20), The Kitchen at Hard Rock Hotel ($62/$22), Island Dining Room at Royal Pacific Resort ($58/$26), and Amatista at Sapphire Falls ($58/$26) each offer a buffet that includes Thanksgiving dishes along with additional meats and sides such as baked ham, Caribbean specialities, or a chilled seafood bar. 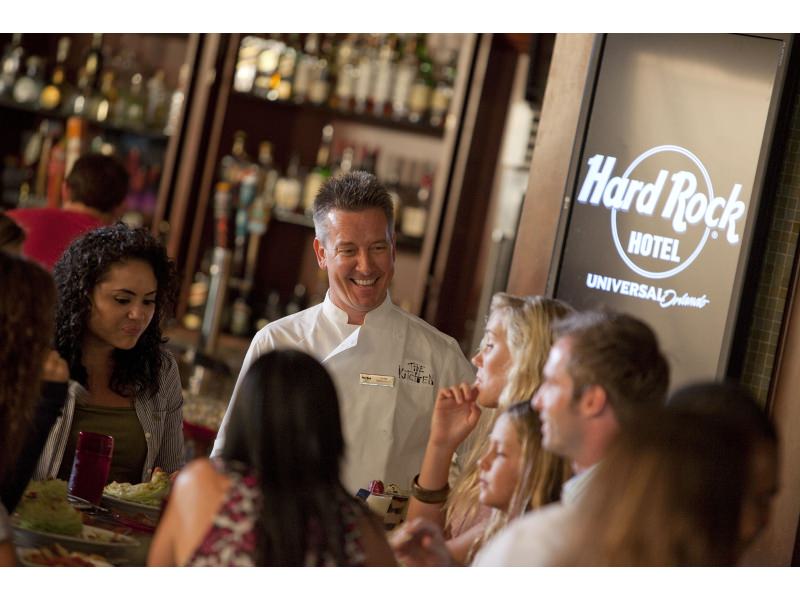 Capa at Four Seasons Resort is the upscale choice most nights of the year, but on Thanksgiving Day it’s actually less pricy than its sister restaurant, Ravello. Dine on roasted turkey confit, potato puree, stuffing, vegetables, cranberries, port gravy sauce and black bottom pumpkin cheesecake with caramelised pecans while you enjoy a rooftop view over Walt Disney World, all for $58 per adult, $29 per child. 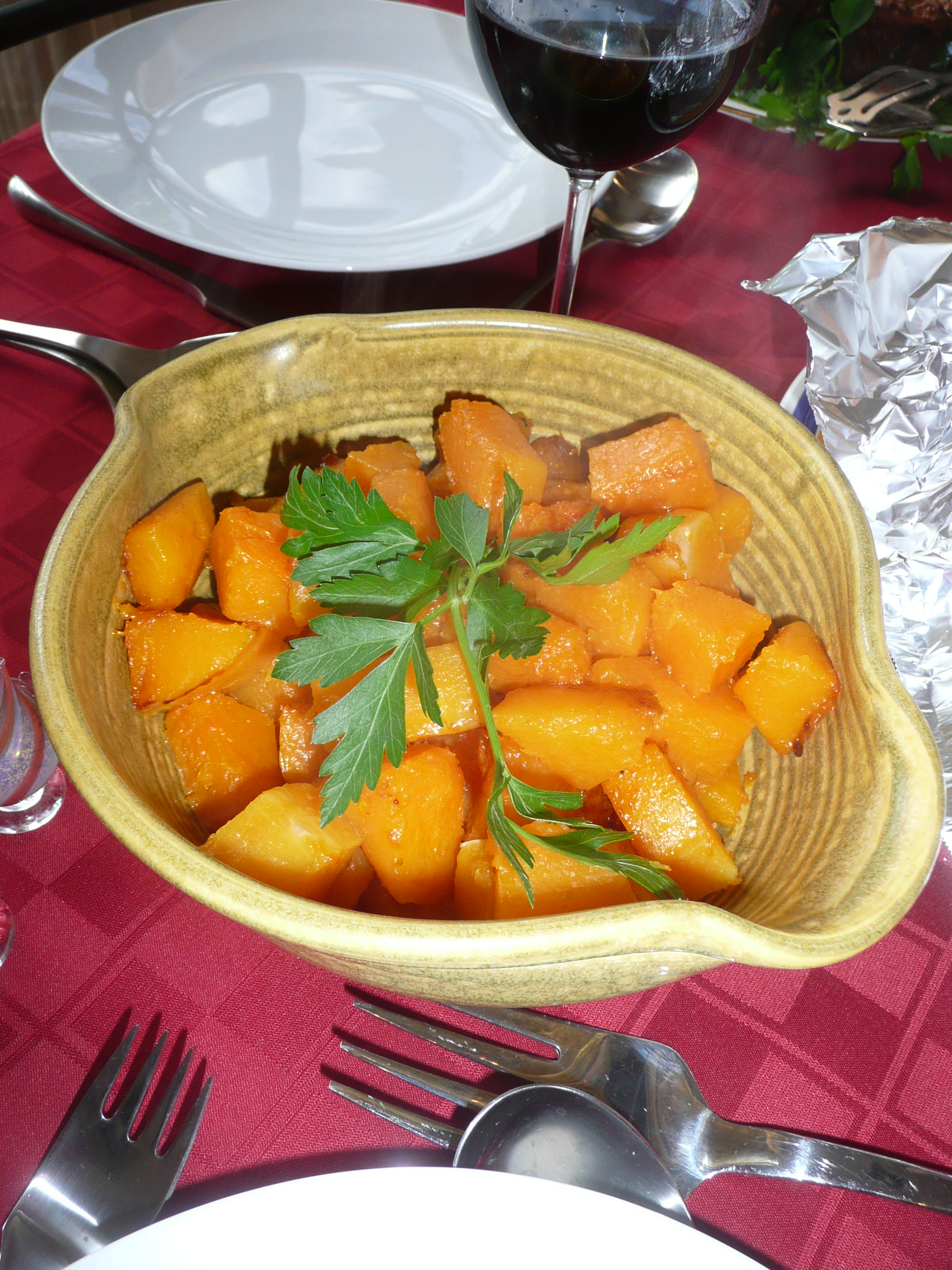 Highball and Harvest in the Grande Lakes Resort is one of our favourite spots for fine dining with a Southern flair. Thanksgiving is definitely splash-out territory, with buffet dinner prices at $120 for adults, $50 for children 12 and under, but it’s also a massive affair, too varied to list each item. Along with turkey, cranberries two ways, sweet potato, cornbread stuffing, green bean casserole and classic pumpkin pie, you’ll find an absolutely vast selection of side dishes, salads, meats, fish, shellfish, vegetarian choices and a couple of dozen gorgeous desserts. Don’t plan on doing anything afterwards (this is where watching football comes in).

Ravello in the Four Seasons Resort is the place for a serious indulgence without leaving Disney property. Open your wallet to the tune of $115 for adults, $45 for children, and you’re on to roast turkey, cranberry-cherry sauce, stuffing, sweet potato puree, green bean casserole, Boursin-whipped potatoes and butternut squash soup, plus pumpkin pie. But it doesn’t end there. Add King crab legs, sushi, shrimp ravioli, Chicken al Mattone, ham, lamb, oysters, antipasti and charcuterie, several sides, and a selection of desserts. No one leaves hungry. 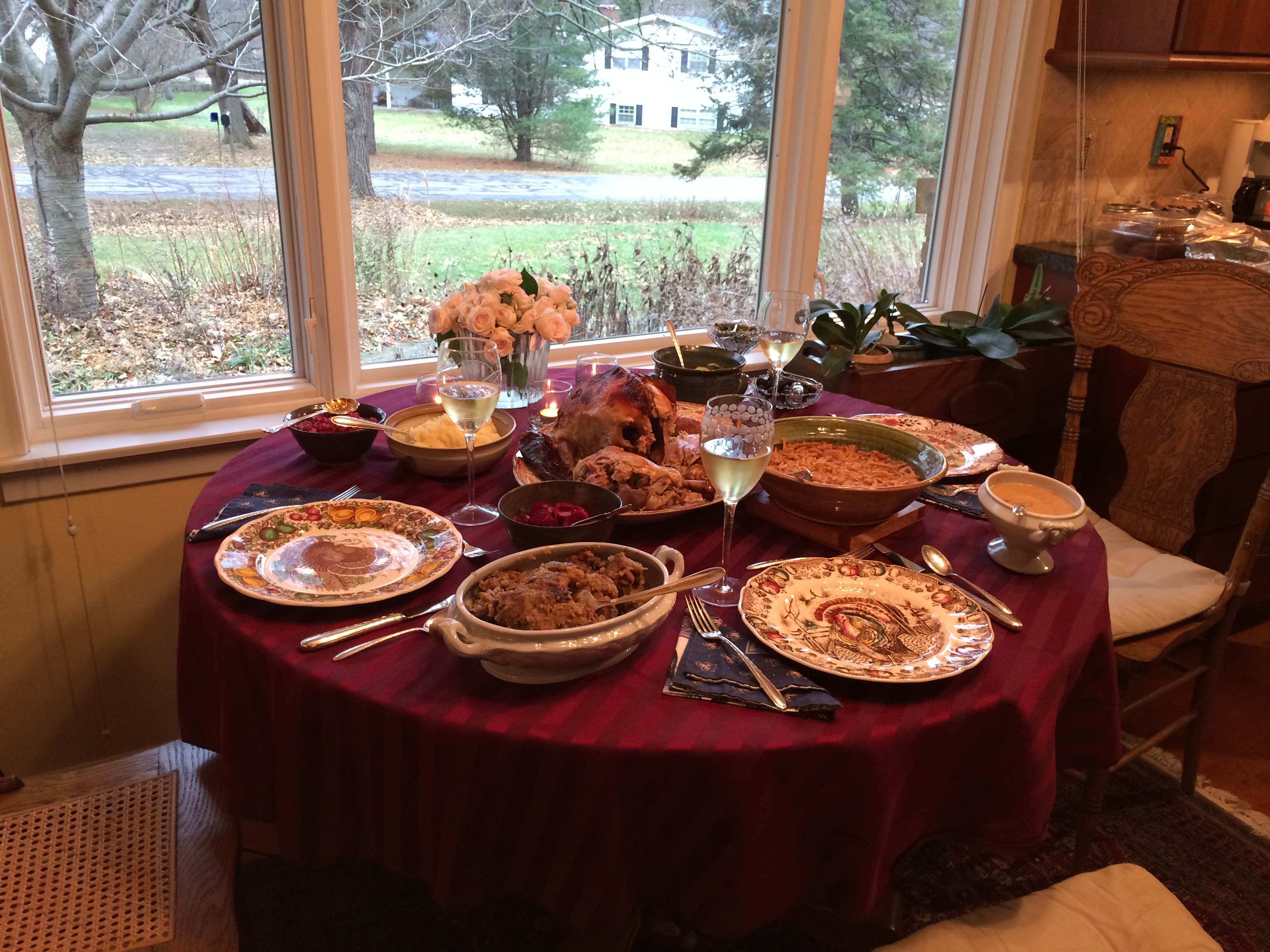 Bull and Bear at the Waldorf Astoria falls into the category, “If you have to ask…,” at a whopping $125 per adult and $60 per child, and it competes with the Thanksgiving dinner served at its sister restaurant Oscars (where a large buffet includes “all that and more” for $65 adults/$32 ages 6-12, with ages 5 and under free), but it’s an elegant splurge that puts a luxury spin on traditional offerings. Start with pumpkin velvet bisque with butter poached lobster, then move on to a delicate salad of petit local arugula, sautéed grapes, heirloom apple and barrel-aged feta dressed in bourbon barrel aged white balsamic (fancy, hey?). A main course of roasted all-natural free-range turkey with gravy, classic stuffing and cranberries pairs with sweet potato gratin, roasted Brussels sprouts and potato pave (square scalloped potatoes!), culminating in the grand finale, pumpkin pie with salted caramel gelato. Satisfaction absolutely guaranteed.

Whatever special meal you choose, we wish you bon appetit, and bountiful Thanksgiving!