Celebrate Christmas at Universal Orlando!
Universal have confirmed the dates for this year’s Christmas celebrations…

It may only be April, but Universal have just made an announcement that’s got us excited for Christmas 2019 already! That’s right, we’re already looking forward to some festive fun this winter at the Universal theme parks because the dates for their 2019 Christmas celebrations have just been confirmed. This year, the festivities will begin on 16th November 2019, continuing until 5th January 2020. So, there’s plenty of time for you to join in the fun!

Each year, the Universal parks are given a seasonal makeover, with lots of decorations, shows and fantastic entertainment lined up. Of course, this year will be no different. What’s even better, is that all of the incredible entertainment is included free with your Universal tickets. So, if you’ve always dreamt of spending Christmas in Florida, now’s the time to start thinking about it!

Christmas in the Wizarding World of Harry Potter 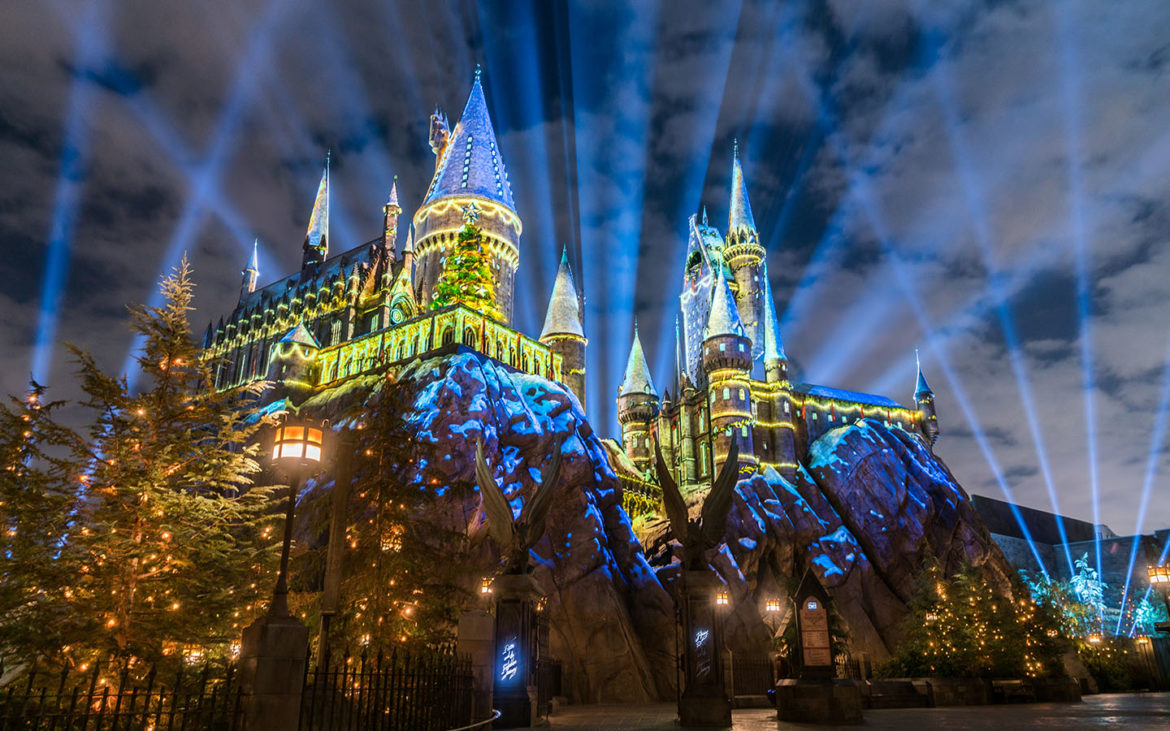 The Wizarding World of Harry Potter is undoubtedly one of the most magical places in the world, but at Christmas it becomes even more magical! If you’re a Harry Potter fan, this really is an unmissable experience. As you explore the Wizarding World, you’ll see dazzling decorations that will get you feeling festive in time. You’ll also be able to try some seasonal food and drink offerings with a magical twist.

Make sure you don’t miss the breath-taking performance of ‘The Magic of Christmas at Hogwarts Castle’ over in Hogsmeade at Universal’s Islands of Adventure park. This stunning show brings the famous castle to life in a colourful display like no other. You’ll also be able to watch the Frog Choir singing seasonal melodies as you make your way through the snowy village.

At Universal Studios Florida, look out for Celestina Warbeck and the Banshees, who have got a special show planned for the festive season.

Fans of the Grinch will love this unique celebration dedicated to the famous green grump! At Universal’s Islands of Adventure, you’ll actually be able to meet the Grinch, so make sure you’re ready to snap a few selfies! 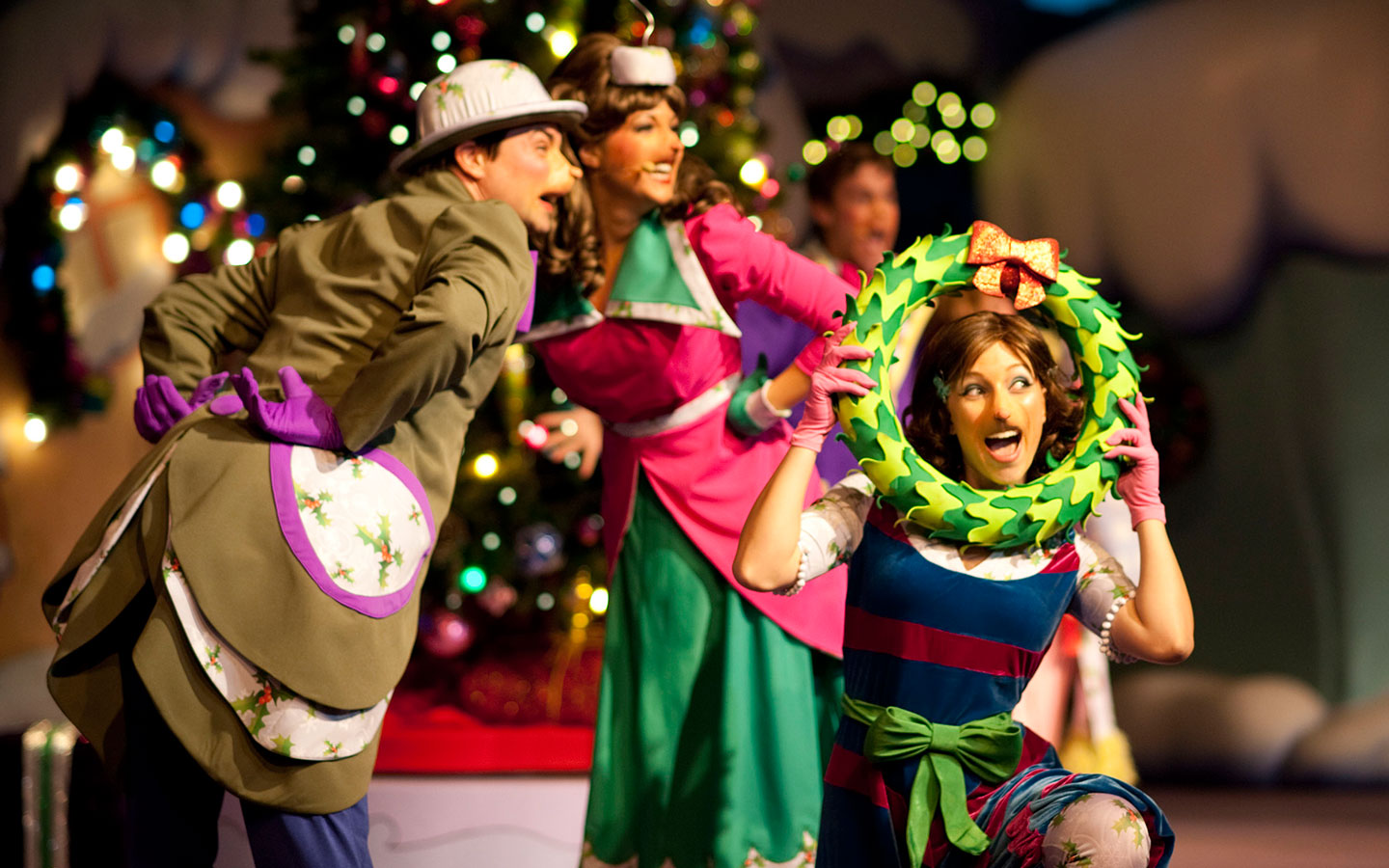 One of the highlight of Grinchmas has to be the fantastic ‘Who-liday Spectacular’. This fun-filled show is a live retelling of the classic Christmas story- How the Grinch Stole Christmas. Watch the Who-ville residents take to the stage and look out for an appearance from the Grinch too! 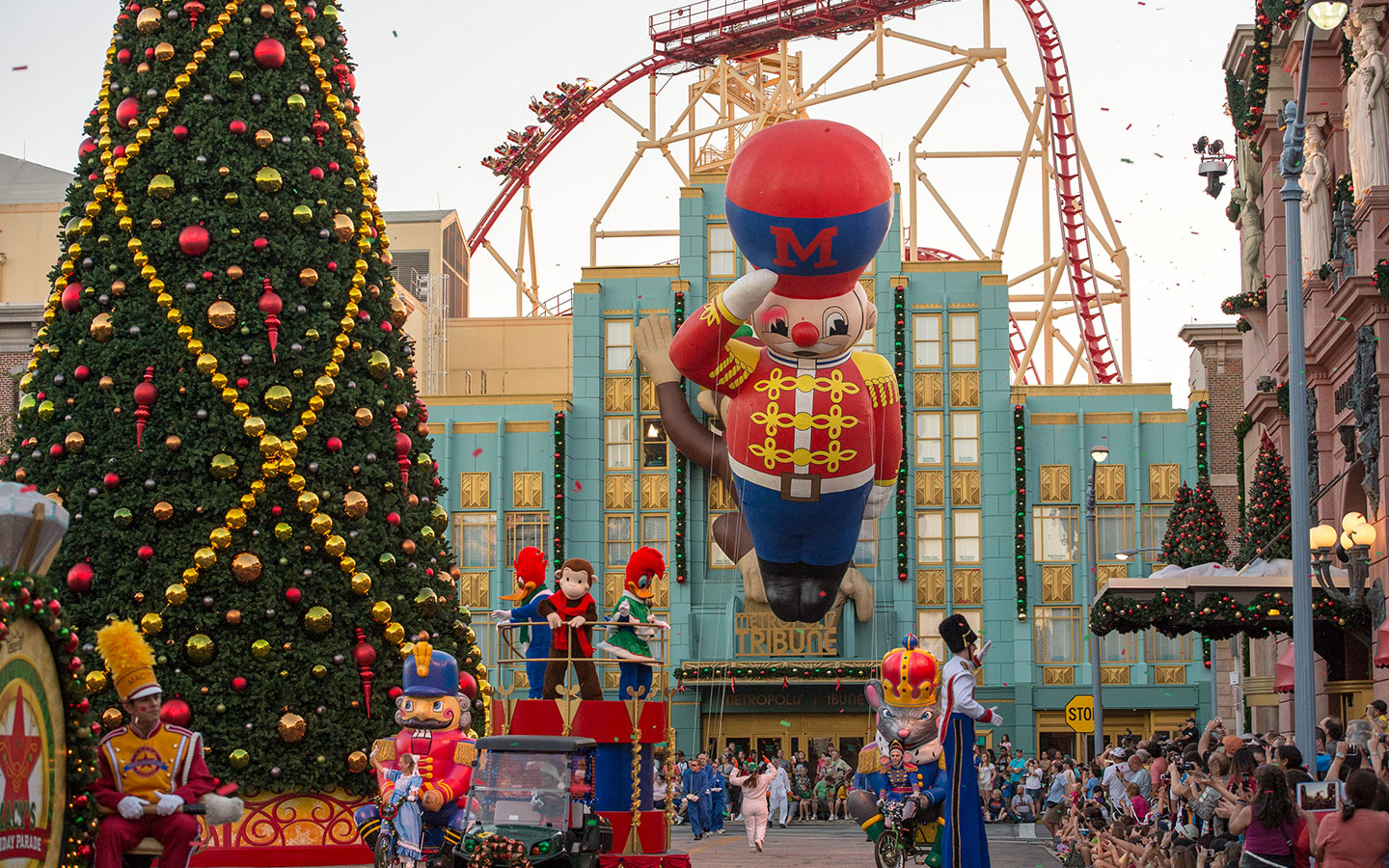 This is one of our favourite parts of Universal’s Christmas celebrations because you just can’t help feeling festive after you’ve seen it! We’d recommend finding your perfect viewing spot early so that you get an up-close view of this stunning parade. You’ll get to see all of your favourite characters as they make their way through the streets of Universal Studios Florida on a series of festive floats. 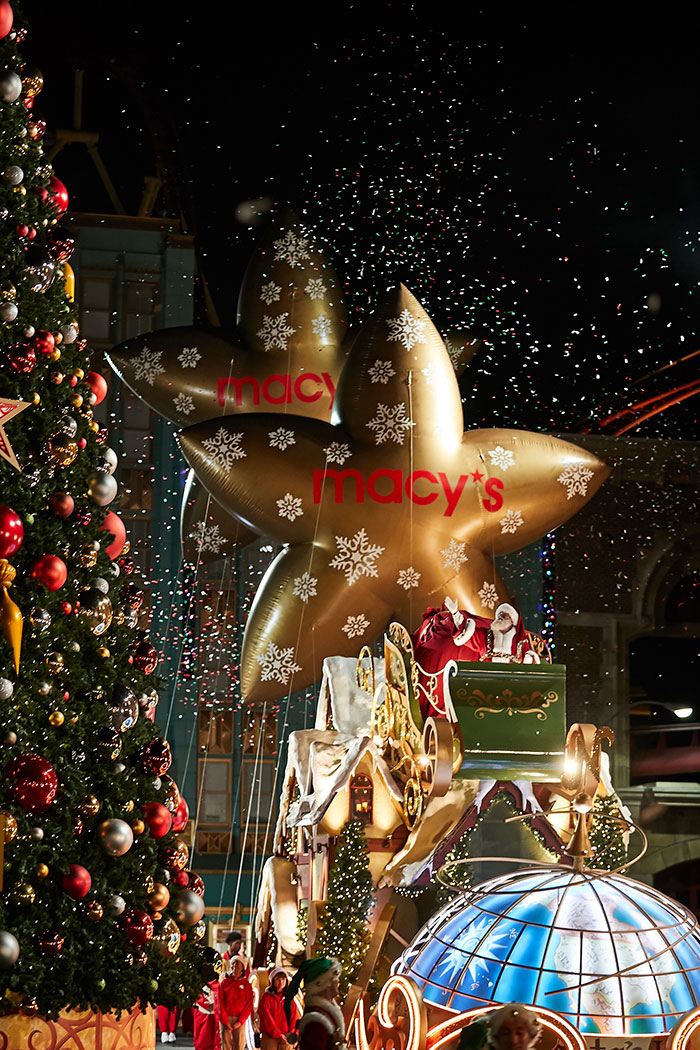 Look out for characters from Shrek, Madagascar, Despicable Me and much more, and wave along as they glide past on their themed floats. The parade also features enormous balloons, some of which have come directly from the Macy’s Thanksgiving Day Parade in New York and some that have been designed by the same company, especially for Universal Orlando. You’ll definitely want to make sure you’ve got your camera at the ready for this. Of course, that’s not all, there’s music, dancing, snow and even an appearance from Santa Claus!

Check out the video below to see what’s in store…