Eight Great Reasons To Head To Orlando in 2020!

Orlando Combination Ticket Packages
By AttractionTickets.com’s Florida Experts, Susan and Simon Veness
Our Florida experts round up eight reasons why they think a trip to Orlando should be part of your 2020 travel plans!

There is never a bad time to visit Orlando. The Theme Park Capital of the World is always vibrant and exciting and always has something new on offer. But that ‘What’s New’ factor goes into overdrive this year.

Put simply, there is a LOT of new development on the horizon for 2020, both in the parks and the other tourist areas like International Drive. Disney has major new rides, film shows, and more; Universal will debut a stunt show AND a major roller-coaster; SeaWorld has another coaster on line for this summer; Aquatica will have a fun new water slide; ICON Park will boast TWO major additions; and there will be a slew of fab new hotels and restaurants.

With all that in mind, we thought we would highlight our Great Eight reasons to be excited about Orlando in 2020: 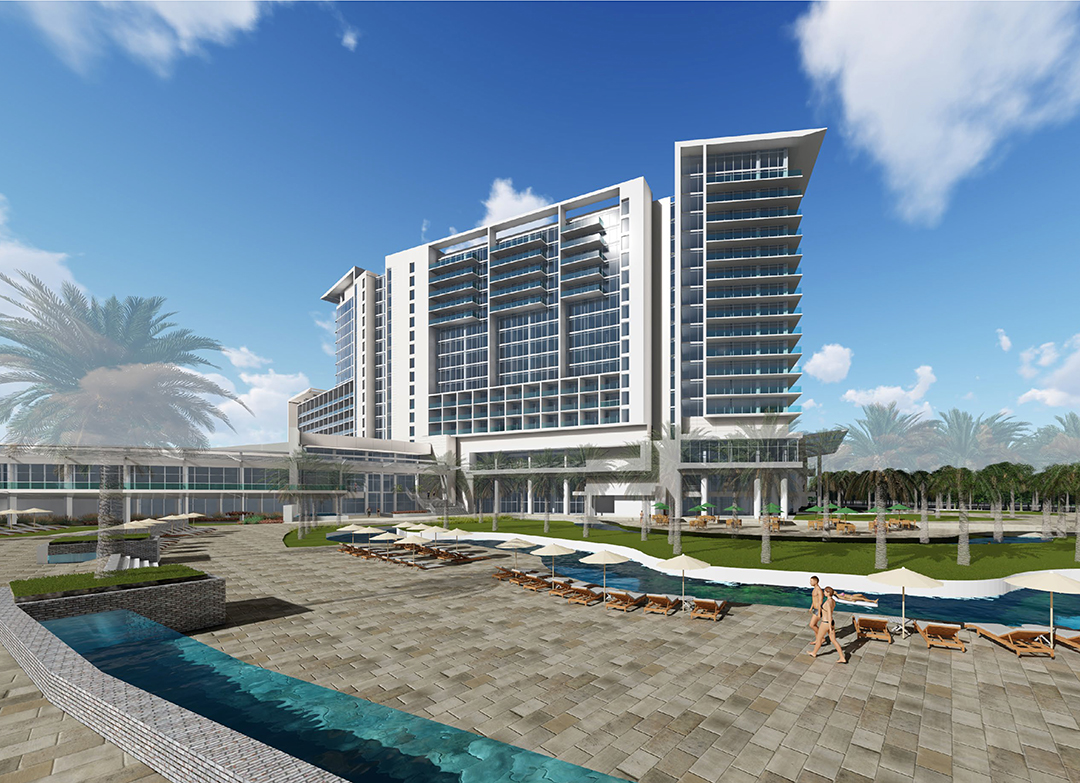 Ever since the Marriott group opened their first JW hotel in Orlando at the Grande Lakes Resort in 2003, we have been impressed by the brand’s upscale style. This will get another boost in late February when the 516-room, 16-storey JW Marriott Bonnet Creek makes its grand debut inside Walt Disney World (but in that enclave that isn’t owned by Disney), with the promise of a really eye-catching location and the major bonus of a ninth-floor rooftop bar that affords panoramic views of the area. As new hotels go this year, the JW should be the cream of the crop. 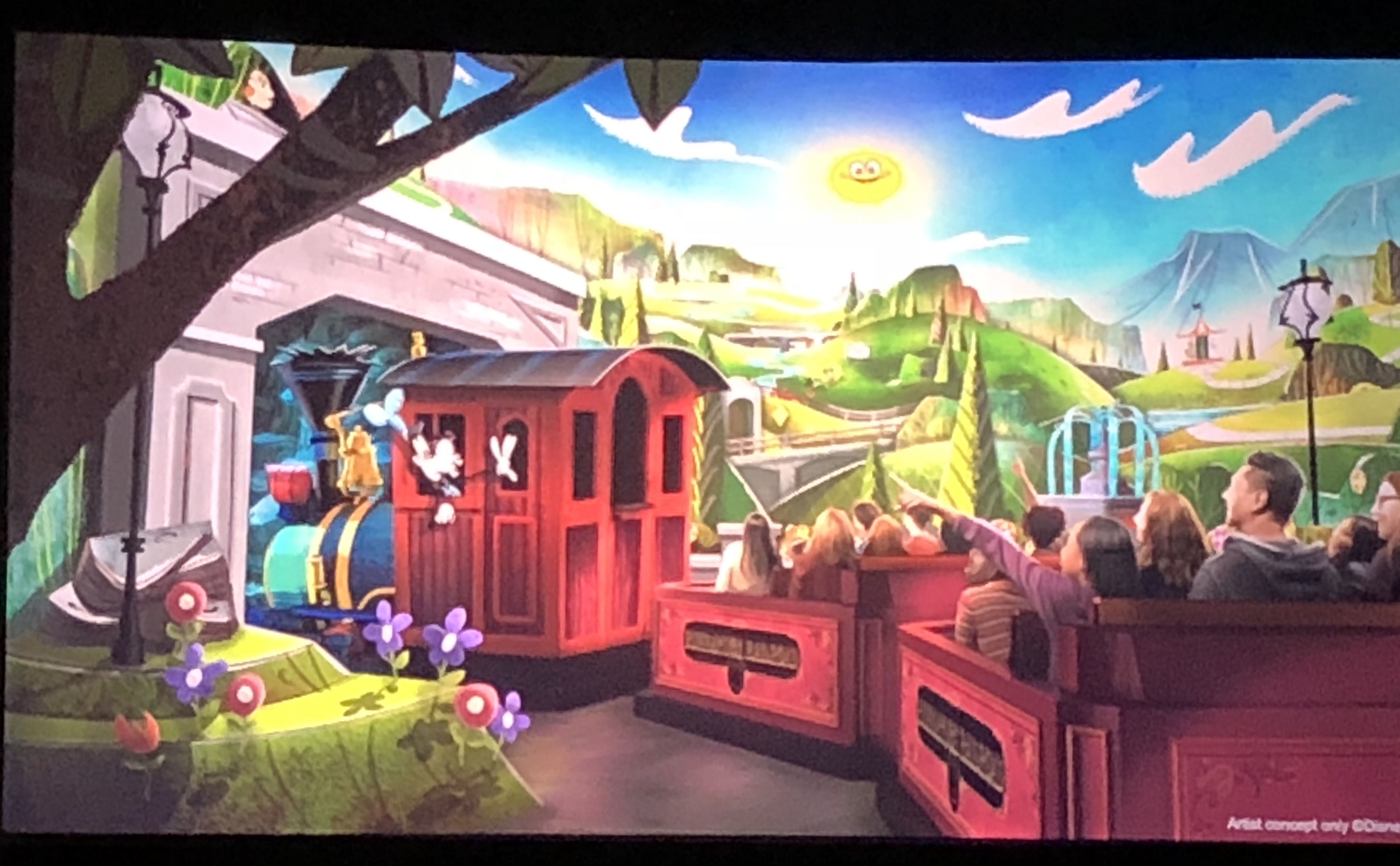 It will probably surprise most Disney fans to know there has never been a ride dedicated to Mickey and Minnie. Despite the fact Walt always liked to say “It was all started by a Mouse,” the Big Cheese himself has not been celebrated in any ride – until this year. Yes, we were sad The Great Movie Ride at Disney’s Hollywood Studios closed in 2018, but, from a sneak peek inside the iconic Chinese Theatre building during a media event last December, we were able to see that not only has the Theatre’s integrity been maintained, but it will be an exciting home for Mickey and Minnie’s Runaway Railway, with a few wonderful surprises along the way. The ride opens this Spring and should be a runaway success! Opening at Disney's Hollywood Studios at Walt Disney World Resort in Florida. 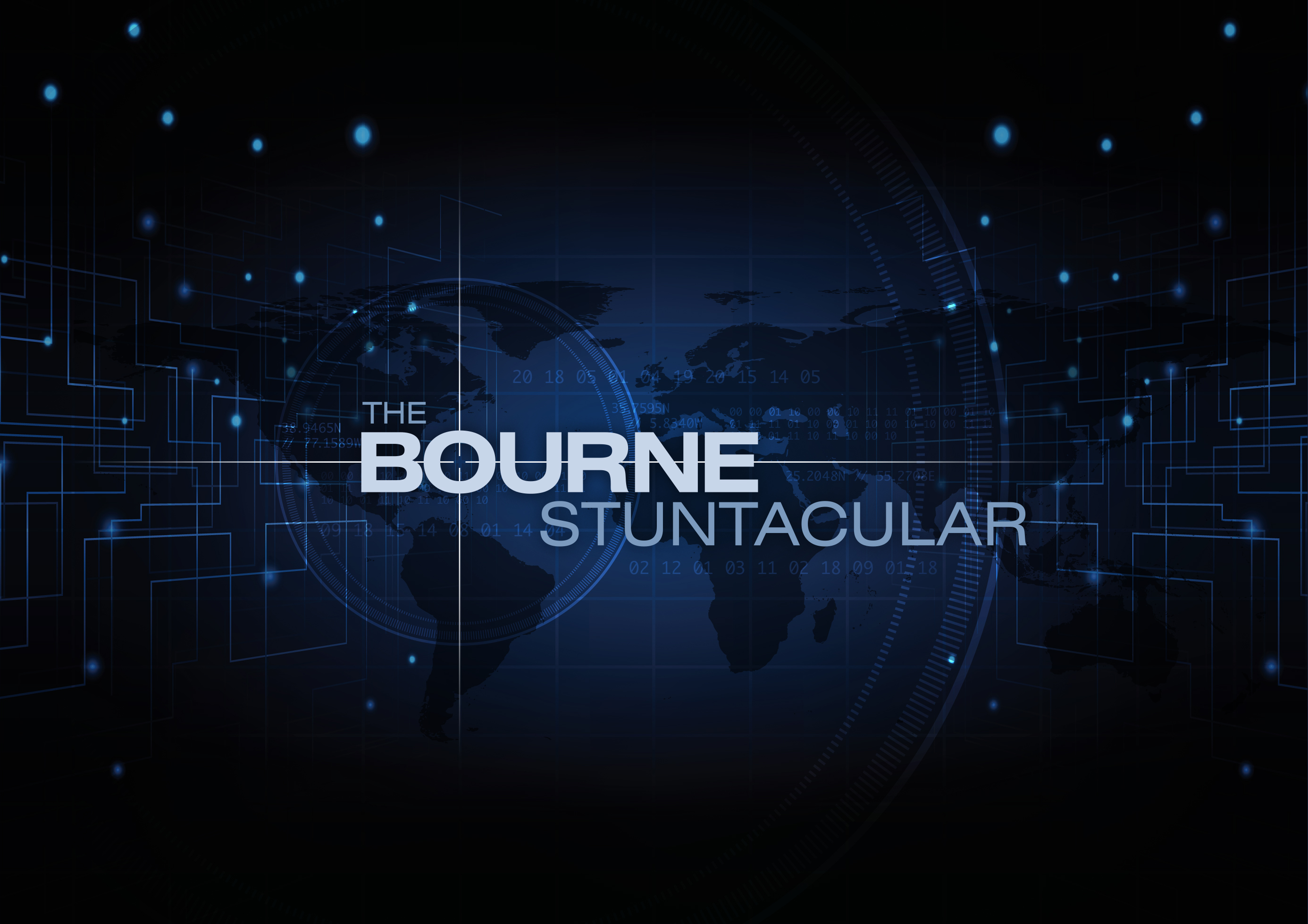 We were extremely curious when Universal closed its Terminator 2: 3-D attraction at the Studios park in 2017 and nothing was slated to take its place. Hmm, we said to ourselves, what’s going on here? Universal has been highly pro-active with new rides in recent years, and leaving a major show-sized gap in their offerings was a surprise. Well, we won’t have to wonder much more as, this Spring, The Bourne Stuntacular takes over that space. We have been promised “a cutting edge fusion of stagecraft and film,” featuring Jason Bourne as the hero of an all-new stunt show and, knowing how Universal wowed us with T2: 3-D, we expect this to be an equally spectacular – and ground-breaking – attraction. Opening at Universal Orlando Resort. 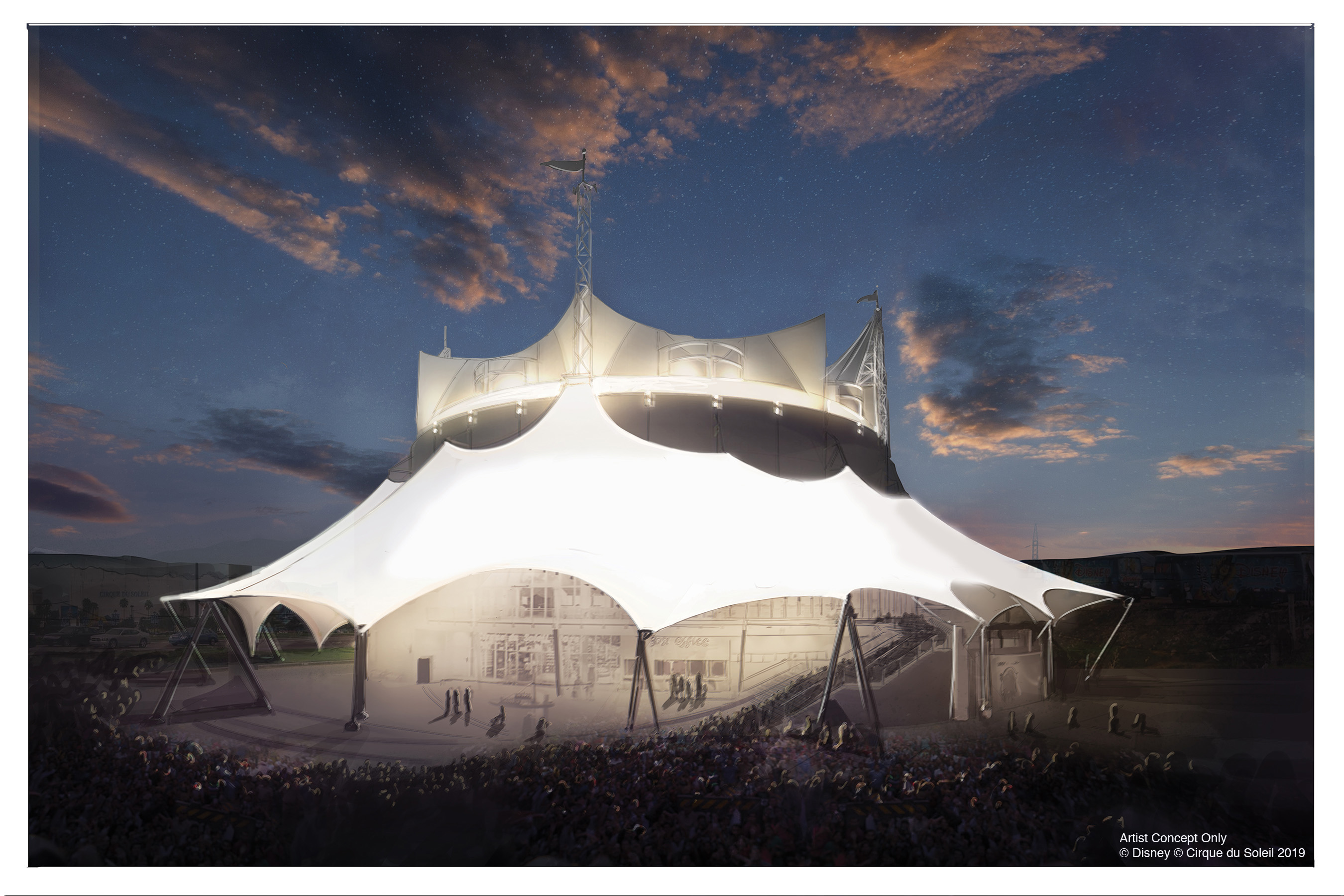 Okay, we have to admit to a certain bias here. We are HUGE Cirque du Soleil fans and thought their La Nouba show at Disney Springs was the most startling, visionary and downright entertaining live theatre we’d ever witnessed. We saw it dozens of times and were totally captivated on every occasion. We were distraught when La Nouba finished its run on New Year’s Eve 2017, especially when there was no replacement for it. Happily, last year brought news of a new production, Drawn To Life, and it officially opens on April 17. It represents a first-ever collaboration between Cirque du Soleil, Walt Disney Animation Studios and Walt Disney Imagineering, and features a world where an animator’s desk becomes the stage and drawings come to life. It sounds like a delightful setting for Cirque du Soleil’s acrobatic and musical mastery, and we simply can’t wait!  Opening at Disney Springs in Walt Disney World Resort in Florida. 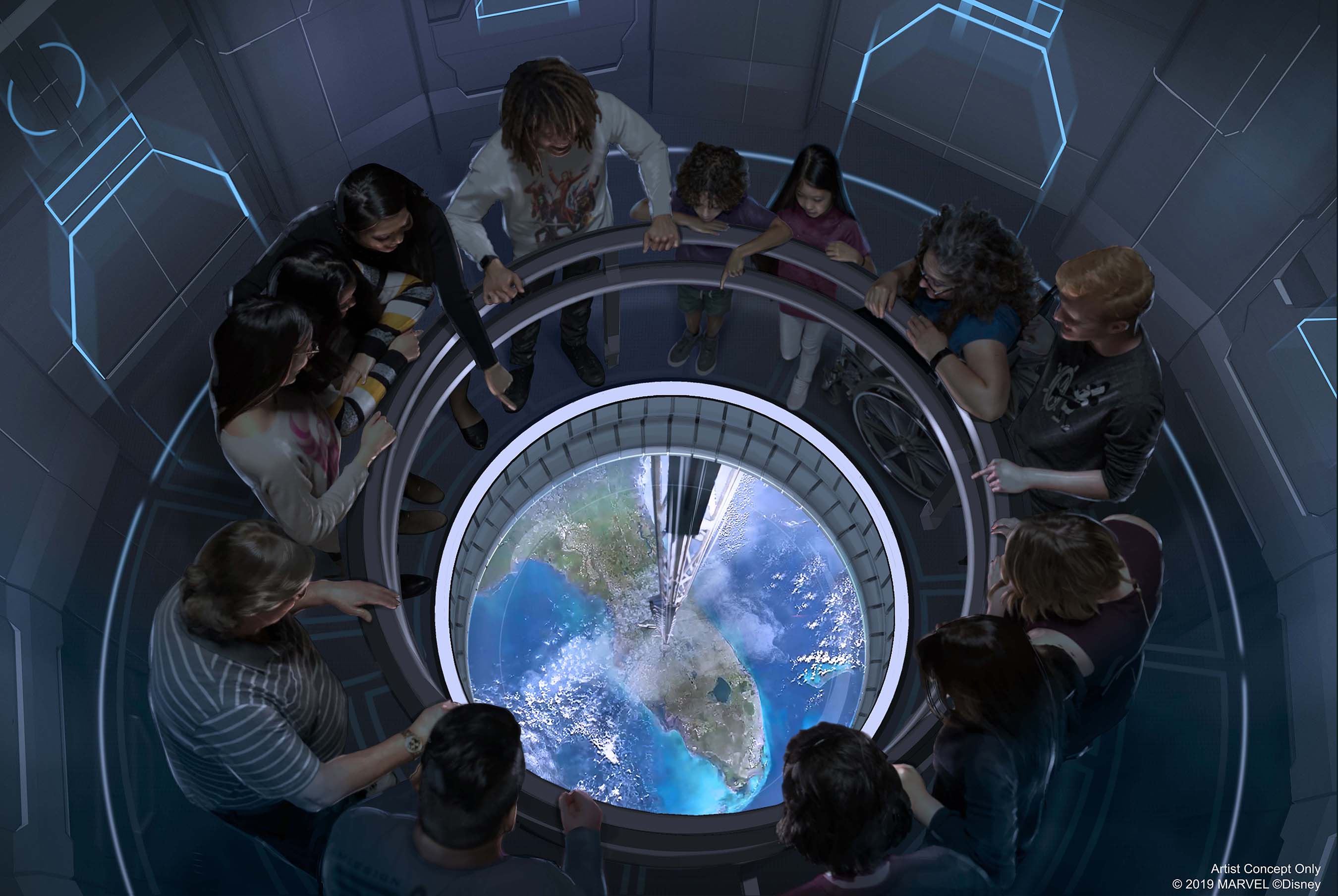 Ever wanted to dine in space? Yes, us too! Sadly, genuine space tourism is still some way off, but the next best thing will open at Disney’s Epcot park at the end of March. Space 220 will be a visionary and highly scenic restaurant that takes guests 220 miles above the earth’s surface (hence the ‘220’ in the name) for a hugely imaginative make-believe setting in which to enjoy a meal. All the artist’s impressions we have seen so far suggest this will be an extravagant experience, and the food should be pretty good as well! Opening at Epcot in Walt Disney World Resort in Florida. 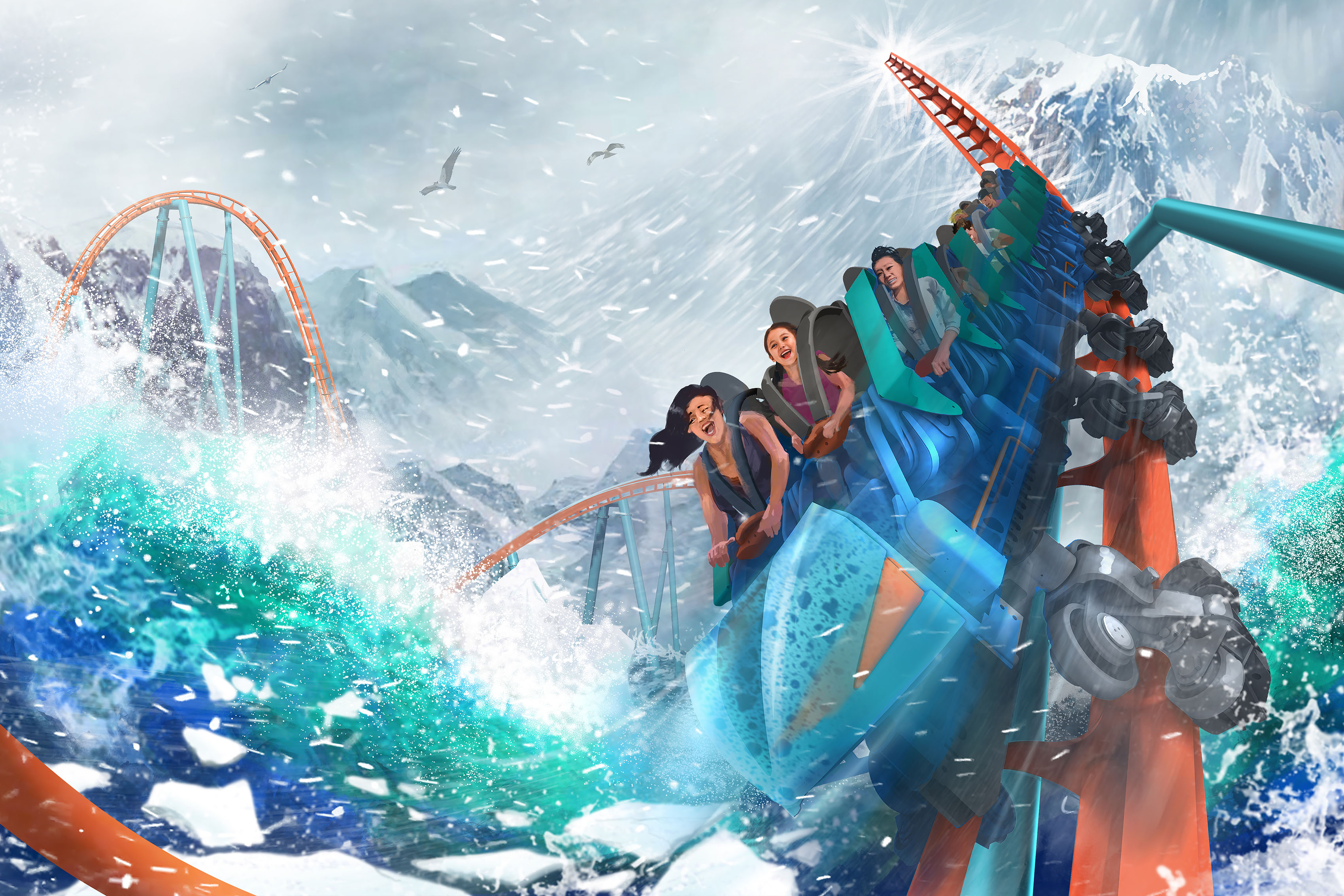 SeaWorld’s recent investments in rides and other attractions have all been extremely impressive, with Mako (2016) one of our all-time Florida favourites, which means we are seriously excited for Ice Breaker later this Spring. Built by Premier Rides, who also constructed the breathtaking Tigris at sister park Busch Gardens last year, this looks like another exhilarating ride, with no fewer than four launch points and the world’s steepest spike element (10 degrees beyond vertical). It should be a great addition to the park, as well as an eye-catching one alongside the main lagoon. Opening at SeaWorld Orlando.

We’re not quite sure what to say about this one, other than we love the sound of what we’ve heard so far, but that’s not saying a lot! Universal has yet to officially announce this huge project in the Islands of Adventure park, but it is hard to miss it, snaking along the lagoon-front in the Jurassic Park area and reaching the edge of the Lost Continent. It is clearly going to be a major coaster, and local sleuths have already unearthed a possible name, the ‘Velocicoaster,’ as well as plans of the full extent of the track. Provisional reports suggest it could be ready for late summer and it could well be one of the BIG hits of the year. Opening at Universal Orlando Resort.

Saving what could well be the best for last, we are genuinely agog to see what Disney produces for this big new evening spectacular at Epcot this summer. As many readers will already know, we mourned (loudly!) the passing of IllumiNations: Reflections of Earth when its long-running stint ended last September, but we remained hopeful this full-time replacement would be just as emotionally powerful and dazzling. According to Disney, Harmonious will include custom-built LED panels, choreographed moving fountains, colourful lights, lasers, pyrotechnics and more, all set on the biggest floating platforms in park history to create “a beautifully crafted night-time dreamscape.” It’s a tantalising prospect, and one that will definitely draw us back to Epcot as soon it opens. We’ll see you there! Opening at Walt Disney World Resort in Florida.