The Best National Parks and Gardens in Orlando

See what Orlando has to offer in some of their best gardens and national parks
Ever wanted to meet manatees and or see alligators up close? Visit some of Orlando’s best national parks during your Walt Disney World holiday.

Orlando is known as the place that has some of the best Disney parks and Universal attractions in the world. It’s the holiday location where you take the kids, get married in Paradise Cove or enjoy the beaches and shopping centres. But what some people don’t realise is that there are also some great national parks and gardens to explore in Orlando just outside of the parks. If you’ve got Orlando theme park tickets, we’ve compiled a list of some of the best national parks and gardens you’ll also want to visit to make your trip even more special. 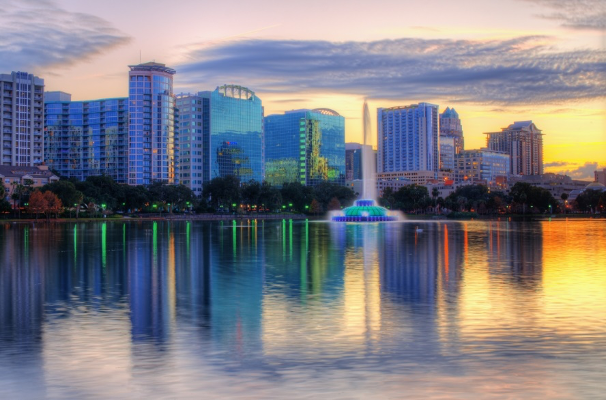 Located only a 30-minute drive from Walt Disney World Resort, Lake Eola is the perfect place to spend some time with the family outside. The length of the park is around 0.9 miles long so it’s great to stroll or run around the lake if you’re wanting to keep fit. The lake, created by a massive sinkhole in the late 1800s, is 24-feet deep and has been known as an official public park in the city since 1888.

If you’re keen to get out onto the lake, renting swan-shaped paddle boats is a great way to do it. They are inexpensive and you can rent them per half an hour. They hold up to five people and are child friendly.

At Lake Eola, there is something for everyone. You can visit the Walt Disney Amphitheatre, check out the farmer’s market on a Sunday as well as try some great food and drinks at World of Beer, Relax Grill or the Spice Modern Steakhouse. 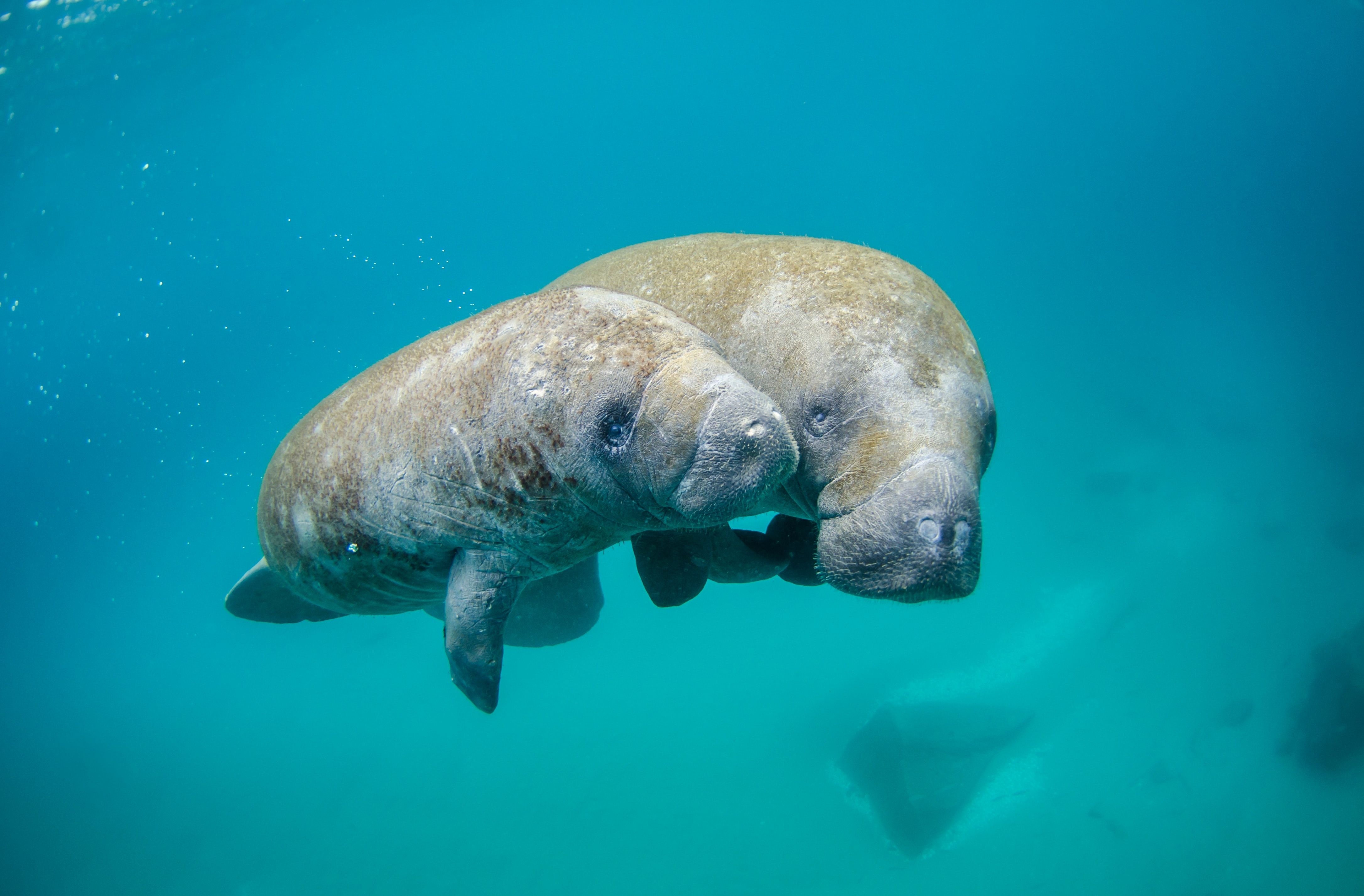 Blue Spring State Park is in Orange City, just a 40-minute drive out of Orlando. Here you can see some of the largest groups of manatees in the country. From mid-November to March hundreds of Manatees flock to the spring to shelter from the cold water. When visiting the park, you can see them in crystal-clear waters, with the spring being a third of a mile from the St. John River to the headspring.

Since the 1970s when research began, manatees have been flocking to Blue Spring State Park. At the time it was only around 36 manatees, however, that number has increased more than tenfold with over 500 manatees having been seen taking shelter here. Blogging duo Chris and Rob from 2 Travel Dads explain why this park is a must-visit over on their blog and when is best to visit: “The best time of year to visit Blue Spring State Park is going to be in February when the most Florida manatees are there.” When they visited in 2017, the duo said: “nearly 400 manatees were spotted in the river approaching the headspring of Blue Spring, their winter home. I don’t know about you, but that is a bucket list item for me to experience.”

The park has so much to offer if you want an active weekend, including camping, hiking, canoeing, fishing and scuba diving, many of which have opportunities to encounter the manatees. 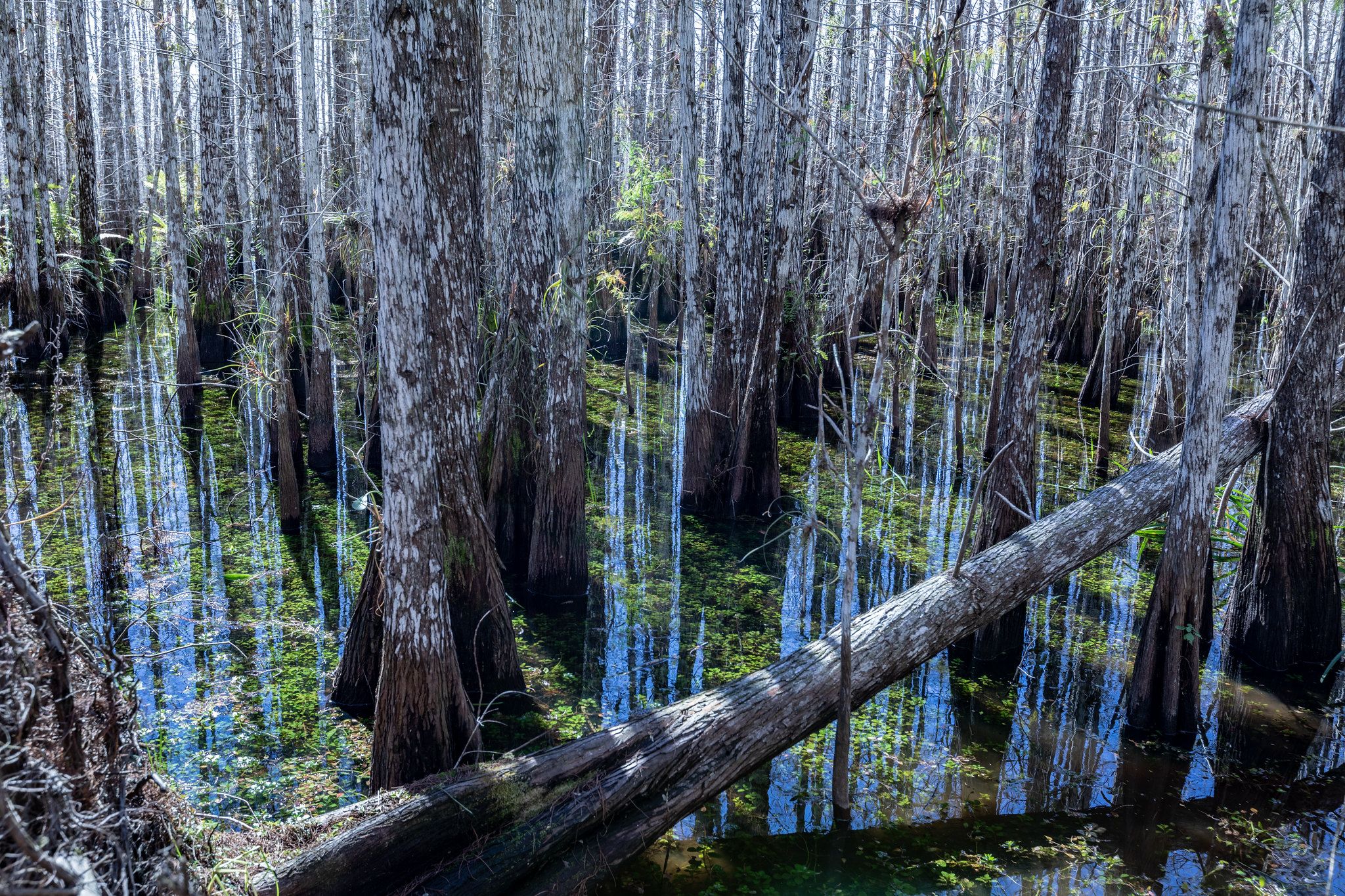 Although one of the furthest from Orlando on this list, we couldn’t miss out the Everglades, the largest subtropical wilderness in the United States. It is the first national park in the United States to have a protected ecosystem. It’s also a UNESCO World Heritage Site, with this wetland of international importance being one of three in the world that is an International Biosphere Reserve.

While visiting the Everglades, make sure you see the alligators and crocodiles. There are around 200,000 alligators in the everglades of the 1.5 million that reside in Florida! You can also go hiking, enjoy the bike paths, paddle and spend a night camping in the Everglades which can be a great way to appreciate the outdoors. 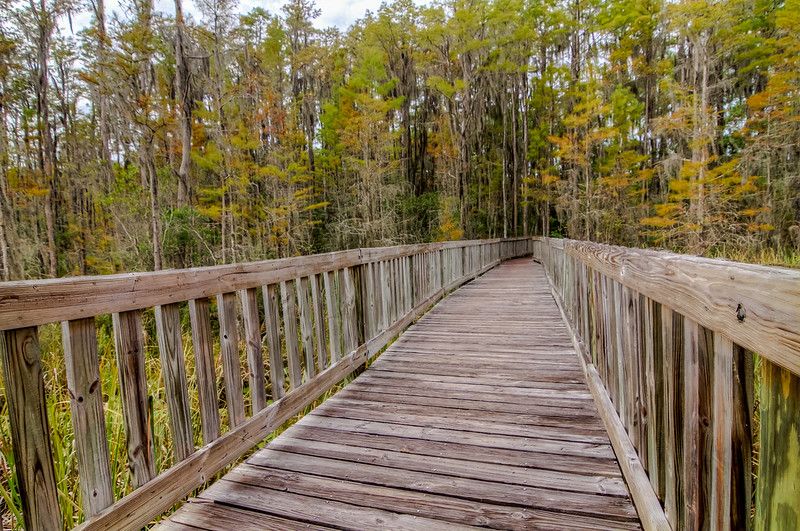 Only a twelve-minute drive from Disney, the Tibet-Butler Nature Preserve is great for walking on its ‘well-groomed’ trails and trail loop systems, meaning anyone can take a walk around the preserve regardless of ability. You can see alligators and wild armadillos all for free admission. There are also offer numerous programmes aimed at teaching kids and adults all about the environment and how the preserve is helping to protect it. When you arrive at the preserve, there is a great centre that teaches guests about the various ecosystems that inhabit the preserve as well as displays of taxidermy of the exciting wildlife that inhabit the park. Outside of the centre, you can enjoy a butterfly garden that also houses some of the preserve’s tortoises that are unable to be returned to the wild.

Within its 440-acre preserve are many different types of landscape to explore, including longleaf pine forest and scrub, bayhead swaps and a Cyprus-lined lakeshore, which is supposedly within earshot of the train at the Magic Kingdom - so you’re never too far away from the parks! 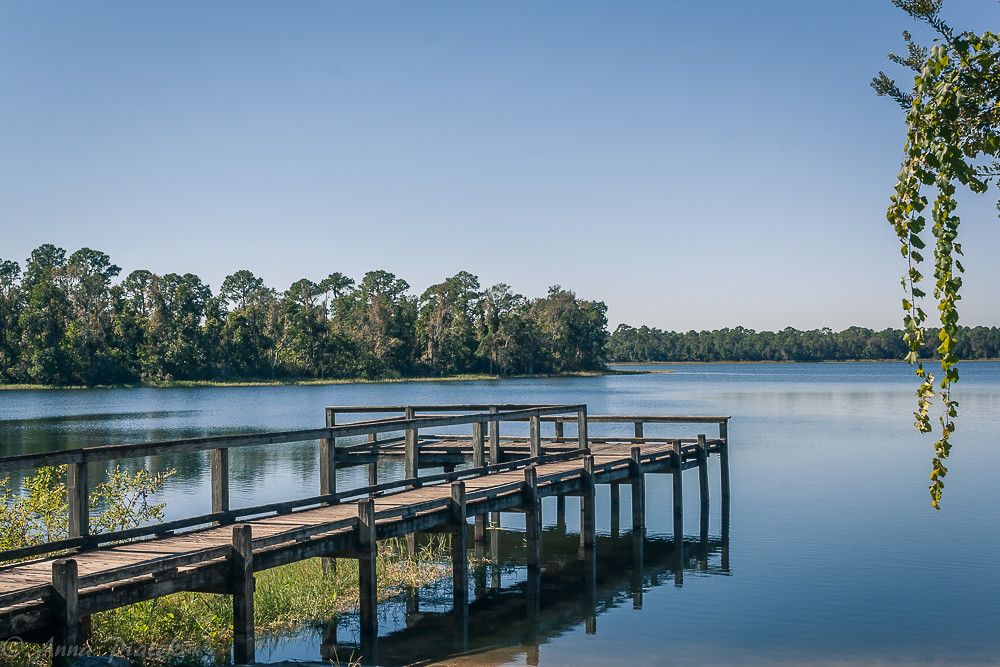 Just north of Orlando, the Ocala National Forest protects the world’s largest contiguous sand pine scrub forest. It contains 383,220 acres of land including unique landscapes ranging from highlands to coastal lowlands. The forest has more than 600 lakes, rivers and springs and you can swim, snorkel and dive in some of their first-magnitude springs. According to Northwest Florida Water Management, “First magnitude springs are classified as the largest springs and discharge at least 64.6 million gallons of water per day or 100 cubic feet per second”, meaning that many of Florida’s lakes and springs are actually first-magnitude springs.

If you’re not into water sports, you can also try out some of the hundred miles of equestrian trails that run through the forest or even go mountain biking. There are several bike trails that lead around the forest, giving you the best views on two wheels. 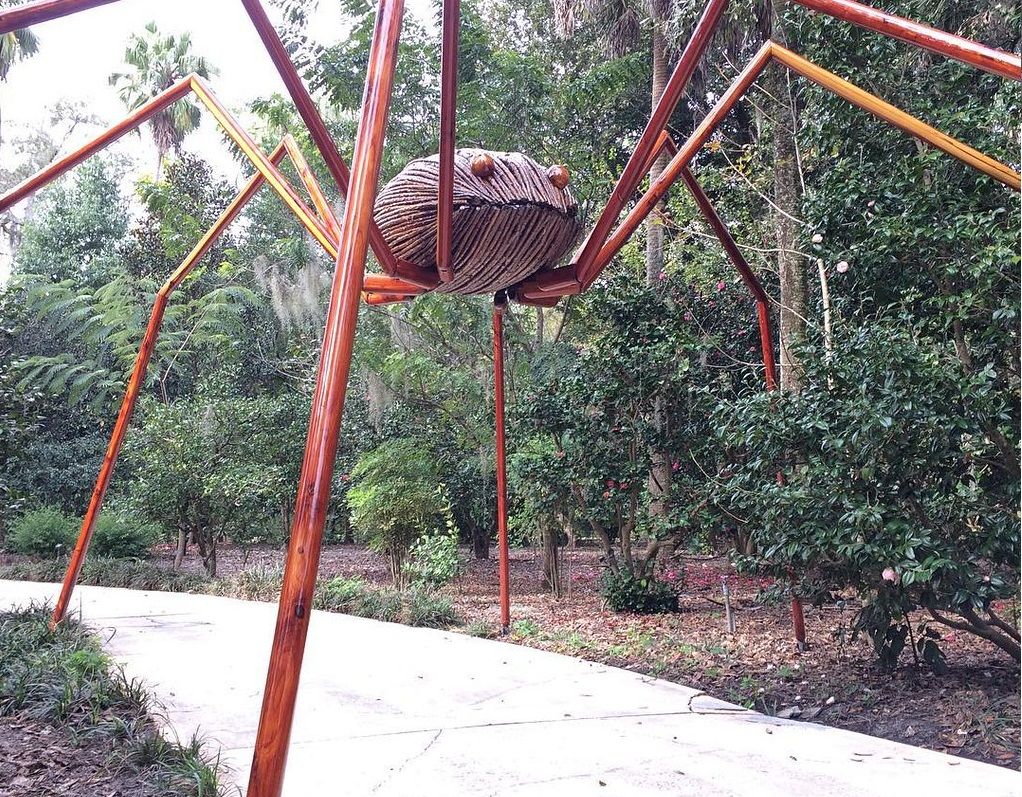 A trip to Leu Gardens will allow you to explore some of Orlando’s most beautiful gardens. With 50 acres to discover, you’ll find all sorts for you and the family. With over 40 different collections to discover such as tropical rainforest, Florida’s largest rose garden and their own butterfly garden, there is something for everyone in this Downtown Orlando paradise. The garden’s mission is to “inspire visitors to appreciate and understand plants” after the garden and historical house was donated to the city of Orlando in 1961 by Harry P Leu. Since then, the gardens have been free to visit and are always welcoming new guests.

If you’re planning your dream holiday to Orlando, don’t forget to check out some of these great locations as well as the city’s magical theme parks. If you want to do both, check out our great deals on Florida theme park tickets. There is something for everyone in Orlando, Florida. So, don’t miss out on making some awesome memories.