Shortlists , Travel Advice
Handy tips and tricks!
Excited for your visit to the Wizarding World of Harry Potter? These top tips will be useful to know before you go… It might sound obvious, but it’s surprising how many people don’t take this piece of advice. There are so many amazing things to see and do at the Wizarding World of Harry Potter, that it’s vital to arrive early so that you have enough time to experience it all. When we say early, we mean before the park even opens! That’s right, make sure you arrive before the gates open, so that you can be one of the first ones in and avoid the crowds! This leads us on to our next point…

2. Head to the back of the park first

3. Know what the main rides are 4. The Wizarding World of Harry Potter is split in two

If you’re a Harry Potter super fan we’re sure you’ll already know this, but the Wizarding World of Harry Potter is actually spread across two Universal parks. The cobbled streets of Diagon Alley can be found at Universal Studios Florida, while the snowy village of Hogsmeade and the iconic Hogwarts castle are in Universal’s Islands of Adventure park. Make sure you allow enough time to explore both as you won’t want to miss a thing! That’s right, you should definitely ride the Hogwarts Express twice. Your Universal tickets allow you to park hop via the Hogwarts Express, which connects Diagon Alley and Hogsmeade. What you might not know is that the journey is different both ways. That’s why it’s important to ride it twice if you want to get the full experience. You’ll be immersed into the movies and see plenty of familiar faces along the way, including some rather unwelcome guests!

6. You can cast your own spells At the Wizarding World of Harry Potter, you’ll have the chance to get your very own wand. If you want to make some magic, you can purchase an interactive wand, which lets you cast spells throughout the Wizarding world. As you make your way through the park, you’ll notice that there are certain spots where you can create some magic of your own. Simply raise your wand, “swish and flick” and let the magic happen before your eyes!

7. Look out for the secrets The Wizarding World of Harry Potter is full of secrets just waiting to be discovered, and as you’d expect with magic, things aren’t always what they seem! For example, if you head to the red telephone box outside Kings Cross Station, pick up the phone and dial 62442 aka MAGIC, you’ll be put straight through to the Ministry of Magic. Look out for the menacing house elf Kreacher in the window of Number 12 Grimmauld Place too!

We’ve got an entire blog post on where to find the secrets of the Wizarding World of Harry Potter so make sure you check it out before you go.

8. Remember there’s much more than rides

The rides at the Wizarding World of Harry Potter are incredible, and we’ve suggested putting them at the top of your list to avoid waiting around in long queues. However, there’s lots more to see too! Of course, there are plenty of shops and restaurants in both Diagon Alley and Hogsmeade, but that’s not all. 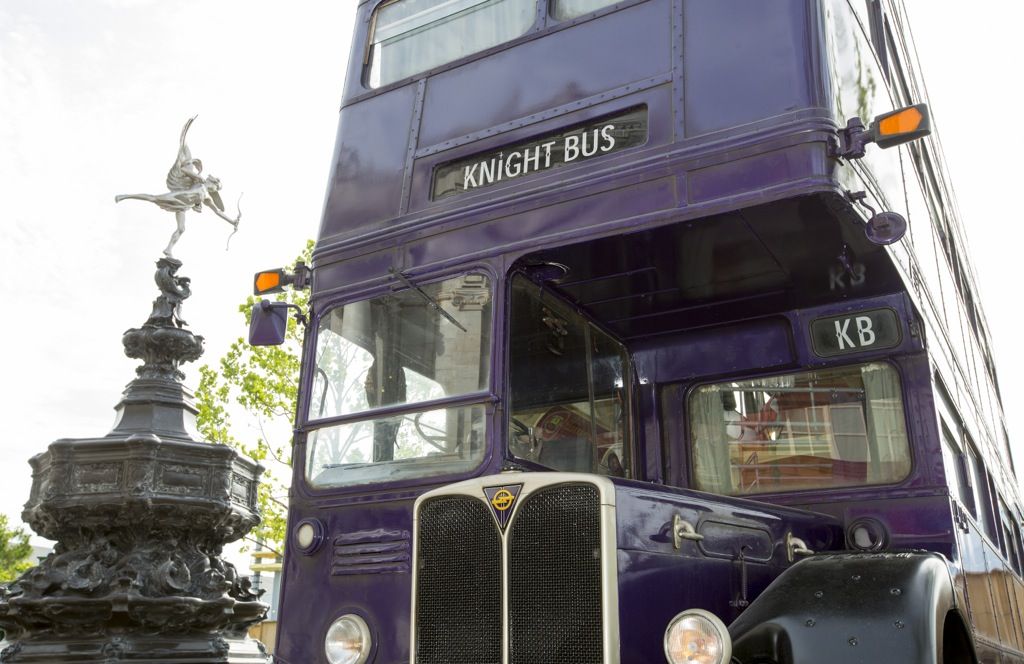 At Gringott’s Money Exchange you can swap your muggle money for Gringotts bank notes, on the London embankment you can get a close-up look at the enormous purple Knight Bus and chat with the conductor, and you can watch the Frog Choir perform live over in Hogsmeade. These are just a few of the amazing things that will keep you entertained. That’s why it’s important to make sure you have enough time to explore the rest of the Wizarding world properly, after trying out the rides.

9. Visit on an empty stomach

There are SO many delicious treats to try at the Wizarding World of Harry Potter, so it’s a good idea to visit on an empty stomach, so you can try as many as possible! The Leaky Cauldron and The Three Broomsticks are perfect for a sit-down meal, both serving traditional British cuisine like Fish and Chips, Shepherd’s Pie, Cornish Pasties and Toad in the Hole. For something sweet, Florean Fortescue’s Ice Cream Parlour has a huge ice cream selection with lots of unique flavours, and Honeydukes is filled with the biggest collection of weird and wonderful sweets you’ve ever seen. We love the cauldron cakes, chocolate frogs and Bertie Bott’s Every Flavour Beans. Be careful though, you never know which flavour you’re going to get. Finally, a visit to the Wizarding World of Harry Potter wouldn’t be complete until you’ve tried a glass of Butterbeer. The famous drink tastes like a mixture of butterscotch and toffee and is absolutely delicious. It’s loved by wizards (Harry, Ron and Hermione in particular!) and comes in several different varieties. If the sun is shining, you might want to try the frozen Butterbeer- it’s the perfect way to cool down from the heat and is a firm favourite with guests. There’s also Butterbeer flavoured ice cream and fudge too.

Want to experience the magic for yourself? Click here, to view our great value Universal Orlando Resort tickets.