Anaheim
There's so much to see and do at Disneyland
There are two theme parks that make up Disneyland California, making it roughly the same size as Disneyland Paris, with plenty to discover and explore. We recommend visiting for a couple of days or more in order to make the most out of your visit and to make sure you catch all the attractions, shows and parades that the two parks have on offer.

Some of our favourite classic Disney attractions at Disneyland California include Splash Mountain, Space Mountain, Buzz Lightyear Astro Blasters (a.k.a Buzz Lightyear’s Space Ranger Spin) and Big Thunder Mountain Rail Road.  Even if you’ve ridden these attractions before, you’ll love experiencing them at the original Disneyland Park, which was designed and overseen by Walt Disney himself.

As well as these classic attractions, there are also some rides which are completely unique to Disneyland that we really recommend go on your ‘must do’ list. Among the unique attractions you can only experience at Disneyland is the Matterhorn Bobsled ride which takes guests on an exhilarating ride through yetti territory as you tear up and down Big Foot’s mountain home. Don’t expect to get away with riding without bumping into him is all we’ll say! This ride is due to re-open to guests after a period of refurbishment in autumn 2018. 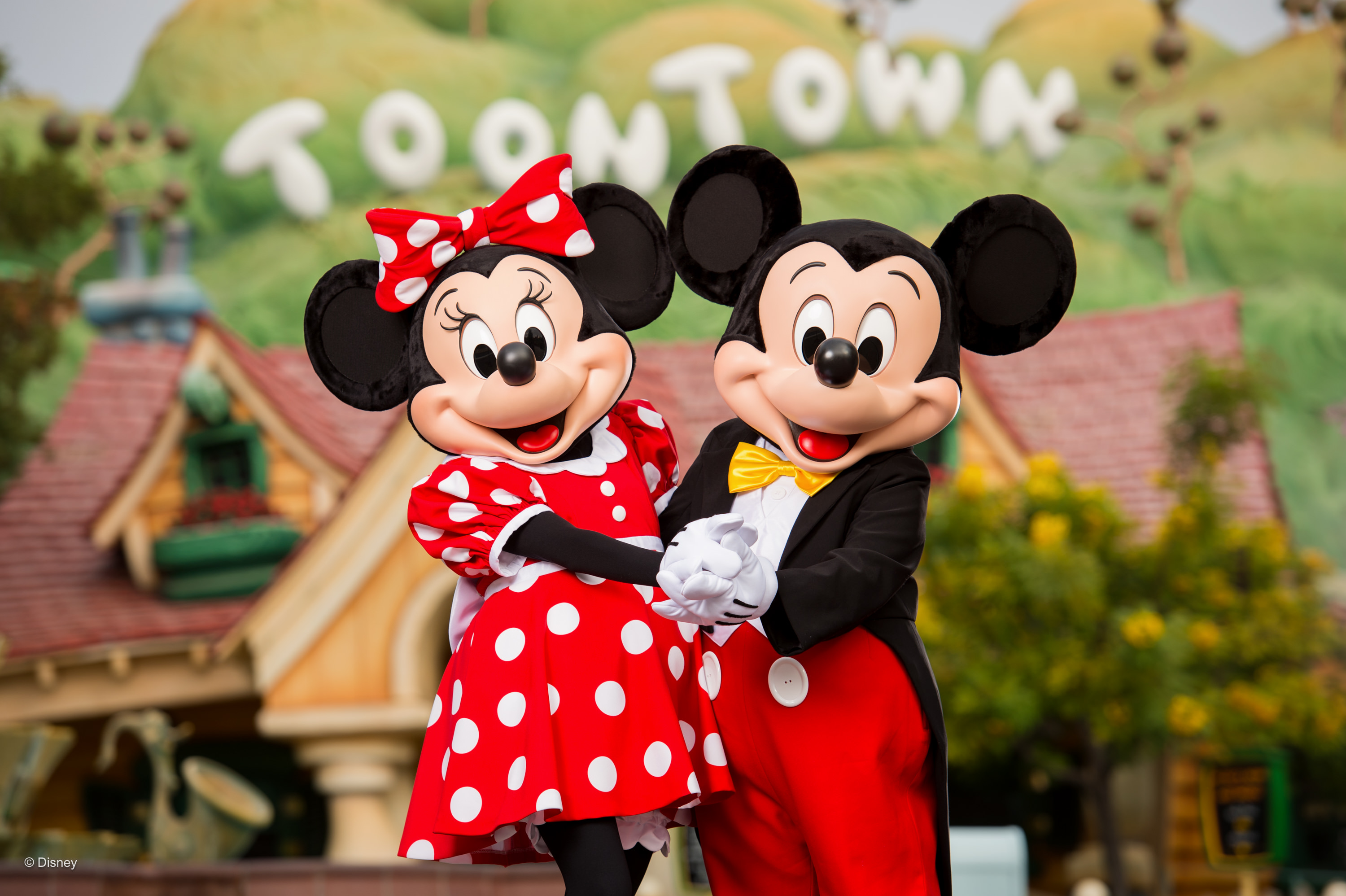 No trip to Disneyland would be complete without a tour of Minnie’s House in Mickey’s Toontown. The incredibly detailed little house is an interactive attraction that the whole family, from small babies up to grandparents can appreciate and enjoy together. After all, it’s not every day that you can have a snoop around the house of one of the world’s most famous mice.

Something you might not expect to find at Disneyland is a mickey-shaped snack you haven’t tried before. That’s where the Mickey Beignets come in! This traditional Disneyland treat has only recently been added to Walt Disney World so we think Disneyland is still the best place to enjoy it. You can pick up one of these sugary treats  at Mint Julep Bar in packs of 3 or 6.

After the sun sets, don't miss Fantasmic! - a jaw-dropping entertainment show featuring iconic tunes, an epic battle between good and evil and, of course, spectacular pyrotechnics.

Eight exciting lands are waiting to be explored at the second park at Disneyland California Resort: Disney California Adventure, where the worlds of Disney Pixar and Marvel come to life.

Keep your eyes peeled for Disney Park favourites Soarin’ Around the World and Toy Storia Midway Mania, which are two of the most popular attractions at the park and should definitely be on your list. 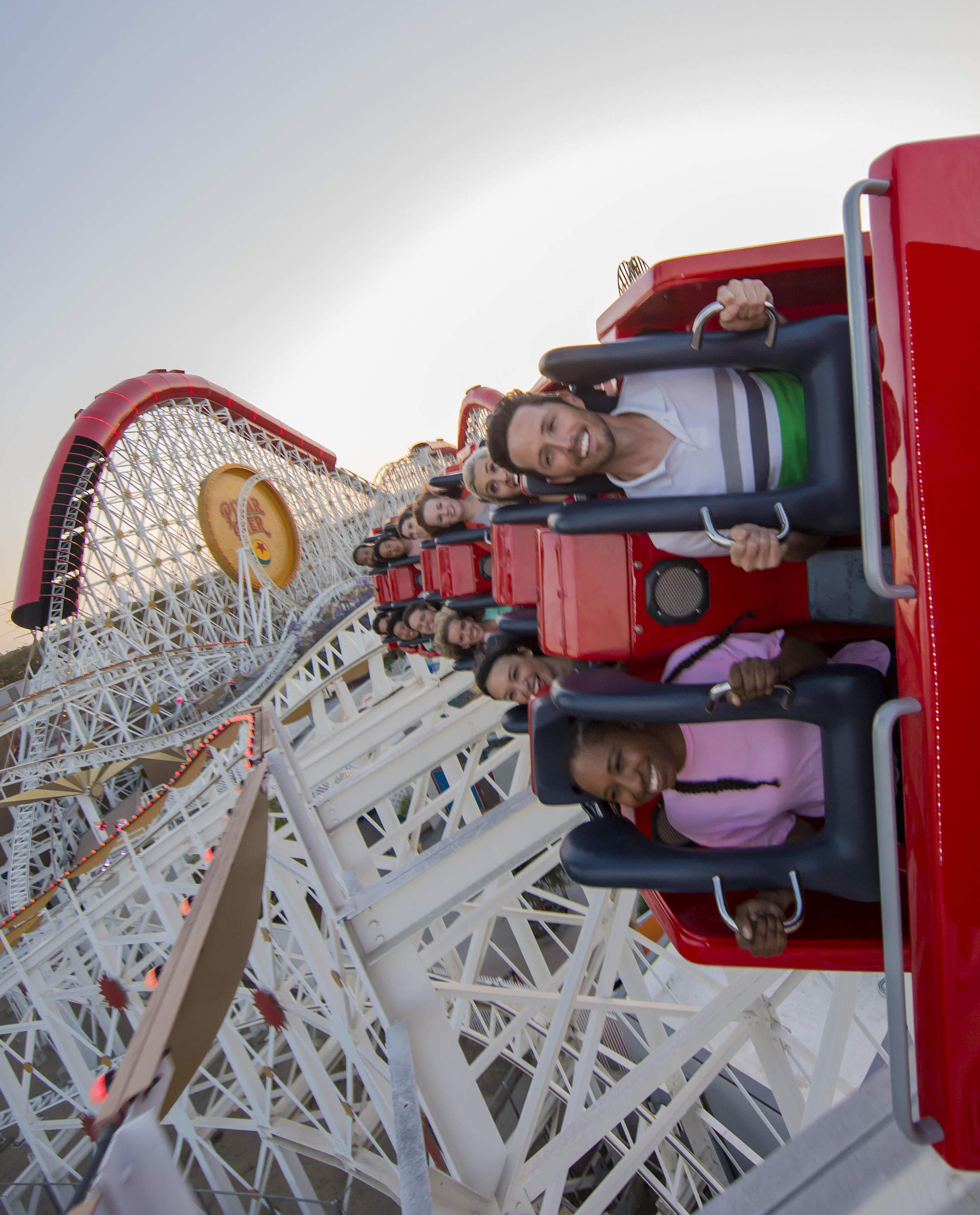 Our top pick for the Disneyland Park however would be the Incredicoaster, which was one of the first attractions to have opened at the park and has recently been given an Incredibles makeover. It’s the fastest ride at the park, with a top speed of 55mph and reaches staggering heights of 120 feet with a whopping 108-foot drop. This is a definite must for the thrill seekers out there. 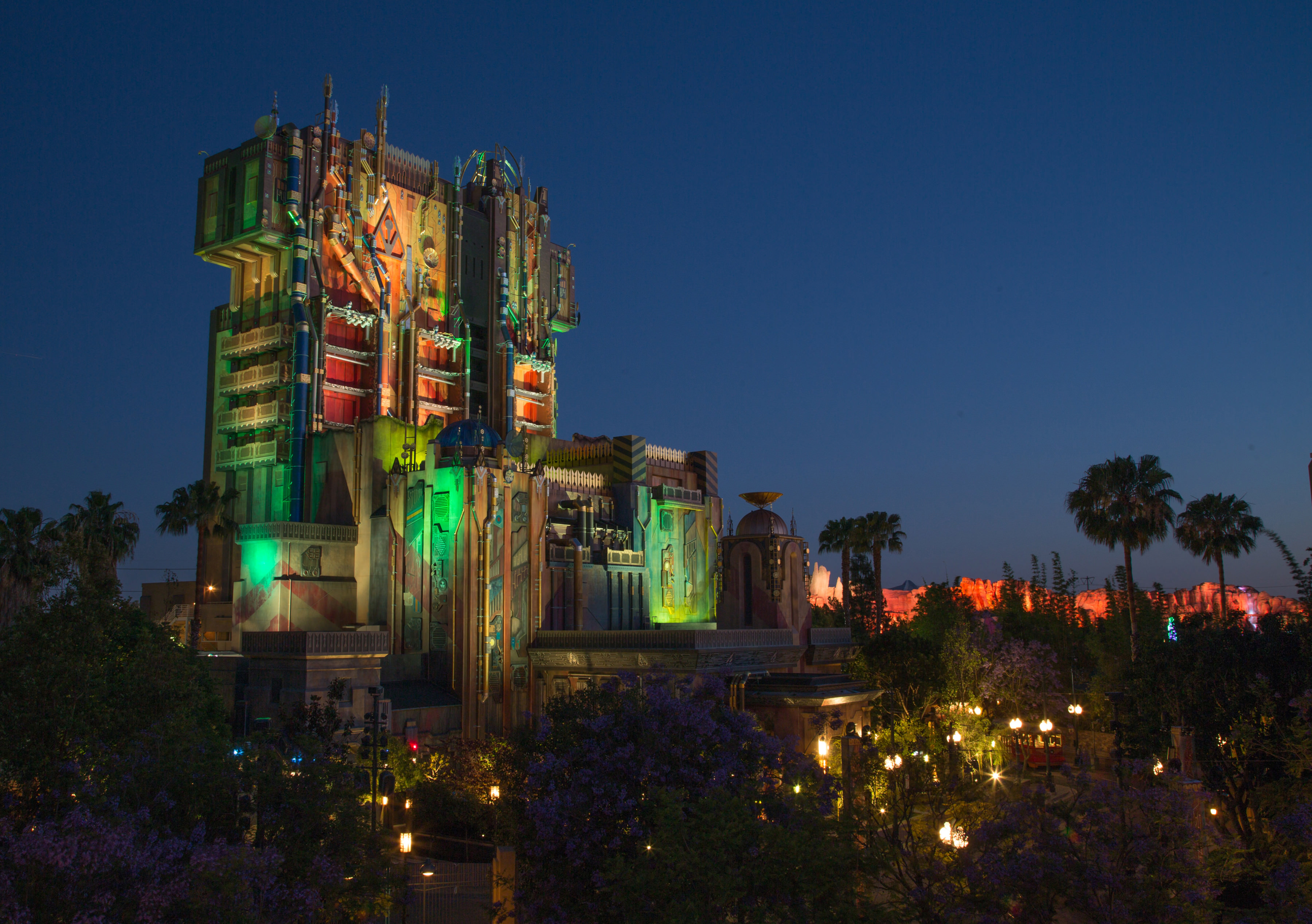 We also love the new Guardians of the Galaxy themed ride which replaced the Tower of Terror overlay on Disney’s multi-storey drop ride. Although this isn’t a totally unique ride as it has similar counterparts in Paris and Orlando, the Guardians of the Galaxy makeover is a new and fun way to experience the thrill of dropping through space to an epic 80’s soundtrack taken from the film. 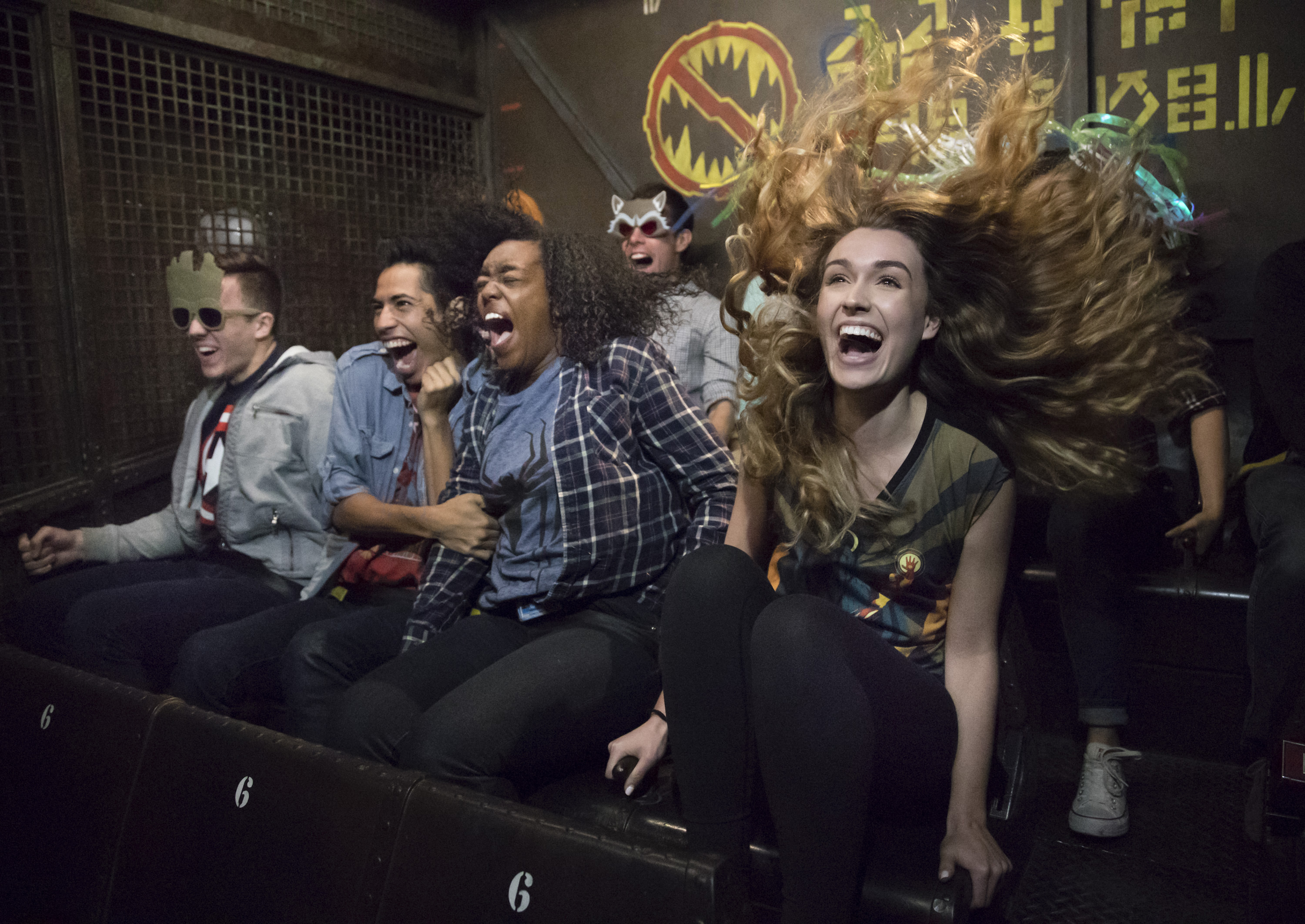 For night time entertainment, the popular Paint the Night Parade has found its new home at Disney California Adventure after years spent at sister park Disneyland. The parade has been given more glitz and sparkle, as well as a brand-new float featuring The Incredibles. Sorcerer Mickey leads the parade, with guest appearances from some of his friends which may include Ariel, Belle, Buzz and Woody, Mike and Sulley, Peter Pan and Rapunzel. 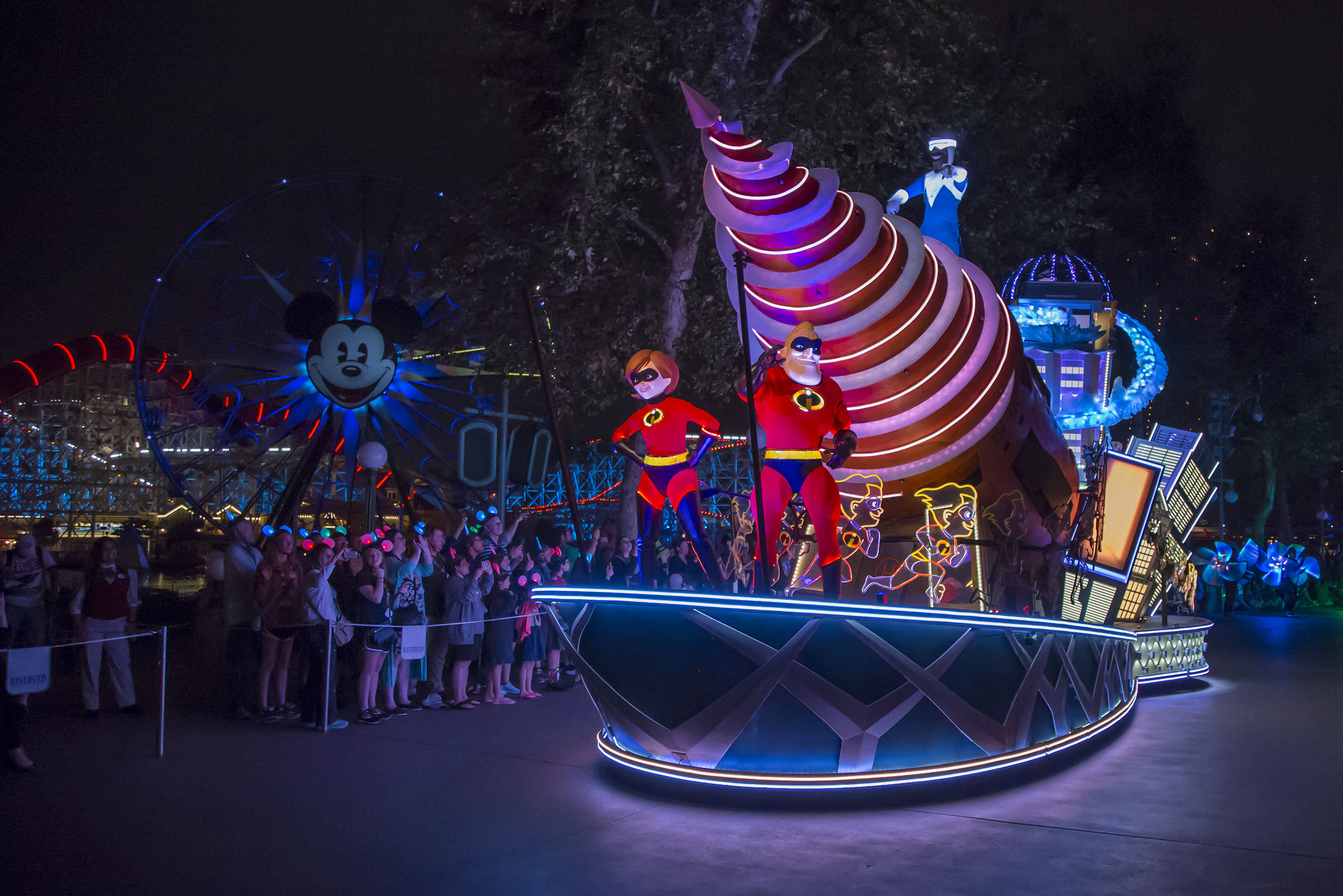 Finally, we recommend checking out the World of Color show which is returning this winter to Disneyland California. This outdoor show creates a colourful tapestry of light and sound as your favourite scenes from Disney and Pixar films play out over a magical water 'screen' made up of dancing fountains. Don't miss it if you're visiting this winter!

We love Disneyland – we love the history, the magic and all the unique attractions and experiences you can enjoy there. Make sure you get your tickets right here.