Free Things To Do in New York With the Kids

New York , Sightseeing in New York , family , budget friendly.
This post will give you lots of inspiration for exciting things to do with your children in New York while keeping costs down
Families can have fun exploring the wonders of New York for free.

It is easy to see why millions of people visit the Big Apple every year; from iconic landmarks, museums and restaurants to luscious gardens and parks, there truly is something for everyone.

Build sandcastles on the beach 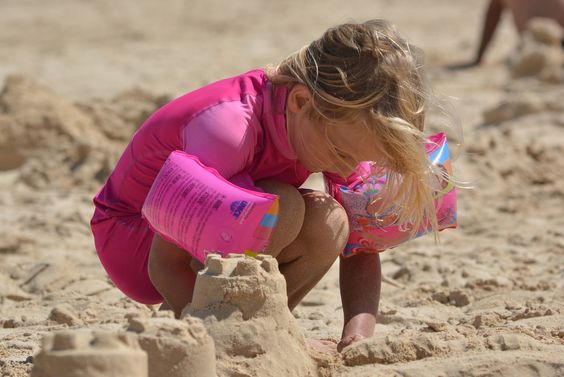 Nothing screams ‘childhood’ more than searching for seashells and building sandcastles on the beach. New York has some amazing stretches of shoreline including the glorious sands found at Coney Island and the lively and atmospheric shores of Sandy Hook.

Both beaches are located in Brooklyn and are great places to visit for a fun-filled day of sandcastle building or paddling in the sea. Coney Island is also renowned for its Annual Mermaid Parade, which is now in its 37th year and is the largest art parade in America.

Hundreds of people line the boardwalk and surrounding areas to cheer and watch people in marine-inspired costumes dance their way through the streets. The event, which aims to give local artists the chance to showcase their artwork, is usually held in June.

A trip to Sandy Hook also promises to offer families a fantastic day out. As well as miles of golden sandy shores to enjoy, there are also many nature trails for families who want to explore the surrounding areas thanks to the Sandy Hook Unit of Gateway National Recreation Area. This parkland attracts millions of visitors every year who want to experience the stunning scenery and historic landmarks, such as Sandy Hook Lighthouse which is the oldest operating lighthouse in America.

Pack a beach bag with towels, sun cream and plenty of water and you are ready to enjoy a day at the beach and create memories that will last a lifetime. 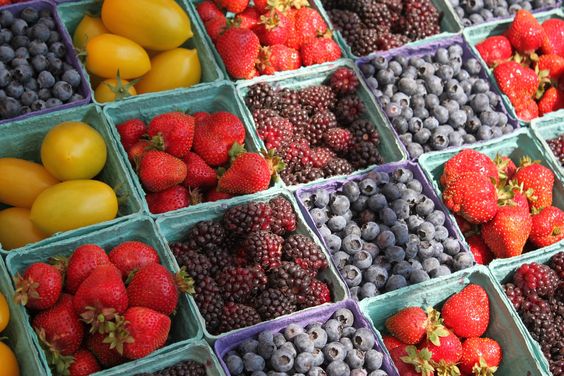 GrowNYC was set up in 1970 as a way to “improve New York City’s quality of life through environmental programs that transform communities block by block and empower all New Yorkers to secure a clean and healthy environment for future generations”.

The organisation boasts several programs which aim to encourage people to recycle, live healthier lives and make informed food choices. Visitors can visit one of the many green markets or youth markets across the five boroughs of New York. The markets are diverse and offer a wide range of fresh farm produce; it is worth visiting a market to soak up the local culture and see the array of locally grown food available.

Farm Credit has joined forces with GrowNYC and says: “When you think about the ‘city that never sleeps,’ agriculture is probably not the first thing that comes to mind. You may be surprised to learn that New York City is home to more than 150 farmers markets selling fresh food grown by more than 250 local producers.”

GrowNYC also hosts a series of public events throughout the year, including “Stop ‘N’ Swap” sessions where you can bring an item such as clothing, and swap it for something else new-to-you for free. This could be a great chance for children to learn all about reusing and recycling items as well as seeing how locals are helping to make their city flourish.

There are plenty of amazing New York City attractions for families to enjoy, including taking in the glorious flora and fauna at Central Park.

This iconic park is one of the most filmed locations in the world, with hundreds of movies featuring scenes from the area including The Muppets Take Manhattan, When Harry Met Sally, Home Alone 2 and Breakfast at Tiffany’s.

The park attracts millions of visitors each year for a variety of activities. Some people like to take a leisurely stroll simply admiring the landscape, while others like to row their way across Central Park Lake.

Sarah from Mumzilla told us that her family had a great time visiting New York with Central Park being a particular highlight: “We searched out all the fab play areas in Central Park and down on the riverfront. Generally, the ease of getting around and all the different shops, parks and museums to explore makes New York a great holiday for kids, we really enjoyed it.”

Budding scientists will love visiting the Henry Luce Nature Observatory which is located inside Belvedere Castle. The free attraction teaches kids all about the wildlife found at Central Park and children can peer through the microscopes and telescopes for a truly immersive experience. The observatory also has plenty of discovery kits, pens, paper and maps available for families to jot down their findings during their explorations. The second floor of the observatory, which is beautifully decorated with papier mâché replicas of the birds found in the park, is also a great spot for bird watching.

More than 28 sculptures have been installed across Central Park and, according to Untapped Cities, 22 of the statues are dedicated to men, two are inspired by fictional female characters and one is meant to be climbed on.

Children love stories and learning more about the history behind important sculptures and the views will no doubt have their imaginations running wild. The Alice in Wonderland statue incorporates the zany characters of the Lewis Carroll novel and depicts Alice holding court from her perch on the mushroom, while the Mad Hatter is hosting a tea party and the White Rabbit is checking his pocket watch. Little ones will love climbing and exploring the statue to explore the variety of textures and hiding spaces, giving parents the perfect photo opportunity.

Another popular statue for children shows Balto the husky sledge dog who led his team on the final leg of a mission to bring medication to Nome in Alaska following a diphtheria outbreak in 1925. Balto made such an impact on the world that a statue was erected in Central Park dedicated to the dog who helped save the lives of many children struck down by infection in Nome. 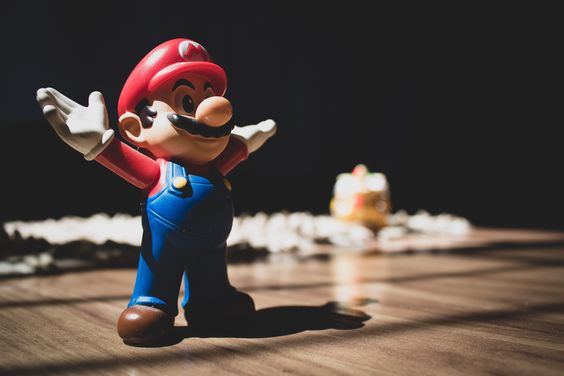 Children are sure to recognise Mario the plumber and his trusty sidekick Luigi. The famous fictional characters appear in the Mario video game franchise, which is owned by Nintendo.

Families can explore Nintendo NY which is located in the Rockefeller Center in Manhattan. Technology fans will rejoice at the 10,000 square ft space dedicated to gaming. There are two floors packed full of nostalgia thanks to games, consoles and memorabilia from yesteryear. There are also various replicas such as the Master Sword from the Legend of Zelda as well as large statues of characters throughout. As well as learning all about the history of Nintendo you can also check out new and exciting titles heading to the Switch and 3DS handheld systems.

Sarah Cull from In Full Flavour told us that the Nintendo NY store is a great afternoon out and is free: “There are tonnes of consoles set up to play on, and even a little exhibition of Nintendo consoles from days gone by, as well as memorabilia. There are plenty of fun photo opportunities in the store too, such as the giant Super Mario.”

Admire the sights of the skyline

New York City’s iconic skyline is full of high-rise buildings and famous structures. The city bathes in the glow of the thousands of lights of these buildings come nightfall and there is a sense of buzz and excitement as people go about their lives.

Admiring the city’s skyline as the sky turns vibrant with shades of orange, yellow and red is truly a sight to behold. If you want to go one step further during the holiday of a lifetime, stepping foot inside the Empire State Building is sure to create some magical memories.

How to make the most of your trip on a budget 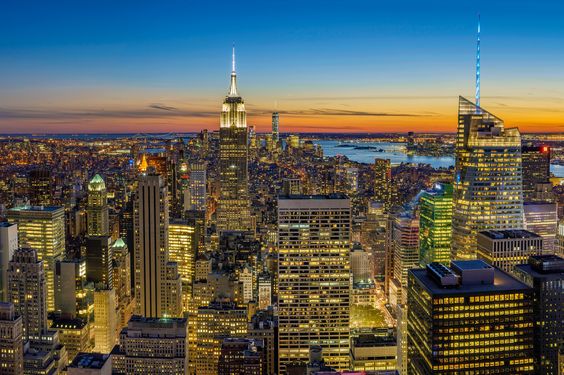 The Empire State Building is a 102-storey skyscraper in midtown Manhattan which boasts an open-air observation deck on the 86th floor. The observation deck wraps around the building’s spire giving visitors a 360-degree view of New York and beyond. You are sure to enjoy the spectacular views of The Hudson River, Brooklyn Bridge, Times Square and The Statue of Liberty.

While entry to the impressive skyscraper isn’t free, there are ways you can keep the costs down. Buying Empire State Building tickets before you go is one way to not only help keep costs down, but it will also help you save time by having gate-ready tickets to hand, rather than waiting in long queues.

After being dazzled by the sights and sounds of the skyline, why not round your trip off with an evening of entertainment on Broadway? New York is renowned for its array of star-studded shows at the theatre district and is a great way to enjoy your final night. Again, to help keep costs as low as possible, think about getting your Broadway show tickets in advance.

No matter what you decide to see and do in New York with your family, you are sure to have an amazing time as Sarah Cull explains: “While it could be seen as just another big city, it really is a magical place. There is so much to see and do, and it’s great for families and couples, and feels safe enough for solo travellers too. It’s really easy to get around too with the subway, buses, taxis and ferries. You can also do as much as you want, visiting all of the tourist attractions, or take it easy and chill out at the many parks, cafes, and cool restaurants.” 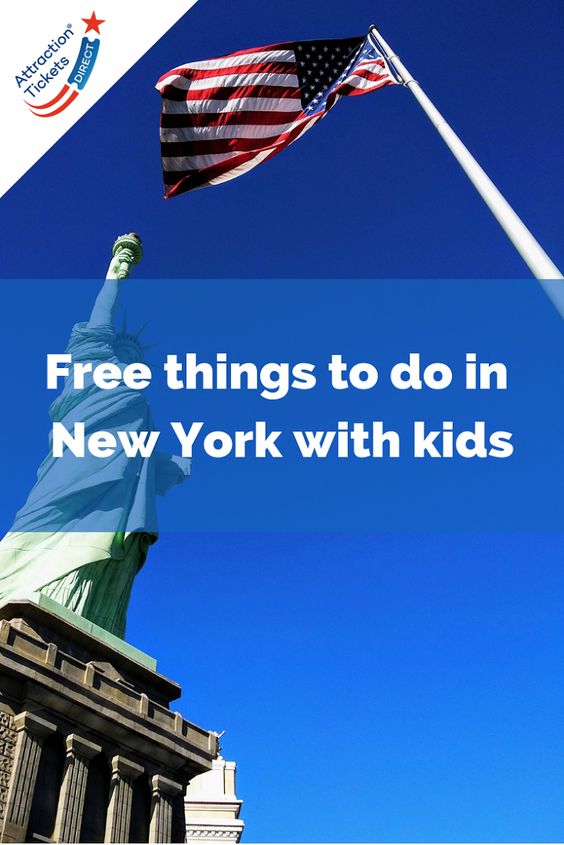